This past Wednesday I detailed a near-term bearish trade idea on Twitter (TWTR) on the site and for my weekly In The Money segment with Fidelity Investments (watch here), here was my rationale and trade: 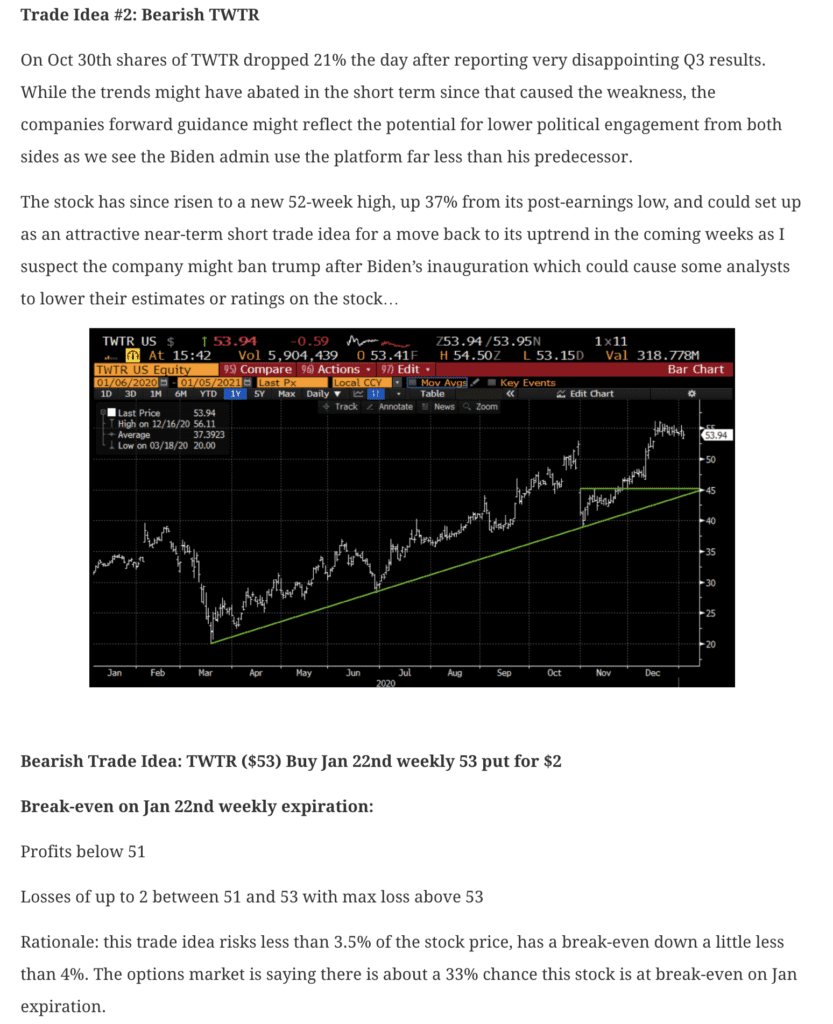 On Thursday’s Fast Money I was a bit more explicit as to why I thought the stock could crater in the near-term specifically as they were likely to boot off trump soon and with him would go lots of his followers, thus lower engagement and monetization and given recent trends and Q2 pull-forward that it might be as good as it gets for the stock for some time, especially when you consider the Q3 trends and investors reaction to the those.

Well Twitter did kick trump off its platform for inciting a deadly riot at our nation’s capital, and investors are trying to figure out what that means for the company’s prospects, but shooting first and asking questions later. The stock traded as low as $45.15 shortly after the open but has since bounced. 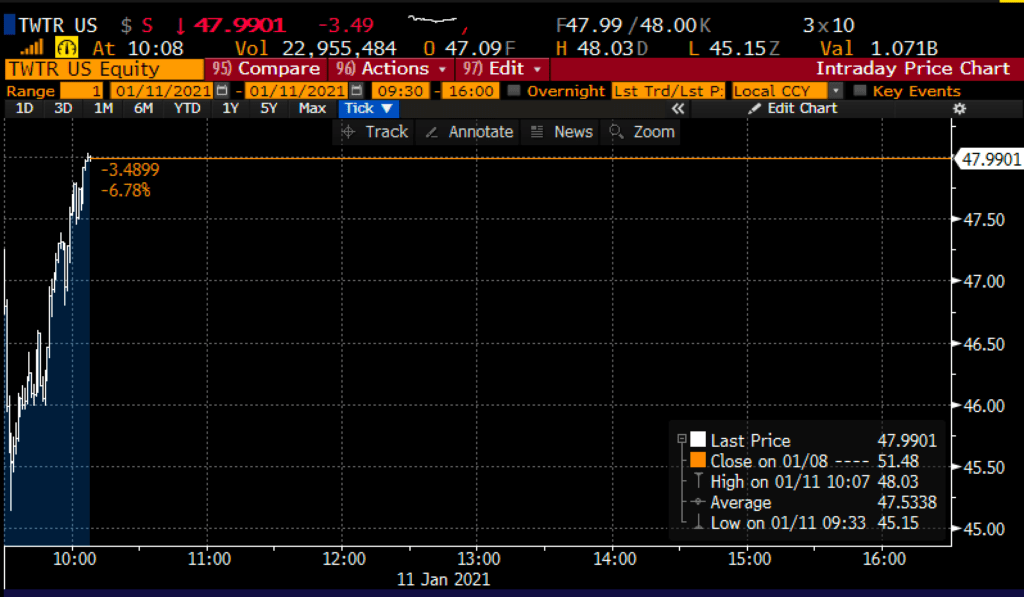 Interestingly finding support at the uptrend from the March lows which I highlighted last week, but also when I “Power-Pitched” the stock back in early Nov Fast Money and on Risk Reversal (here): 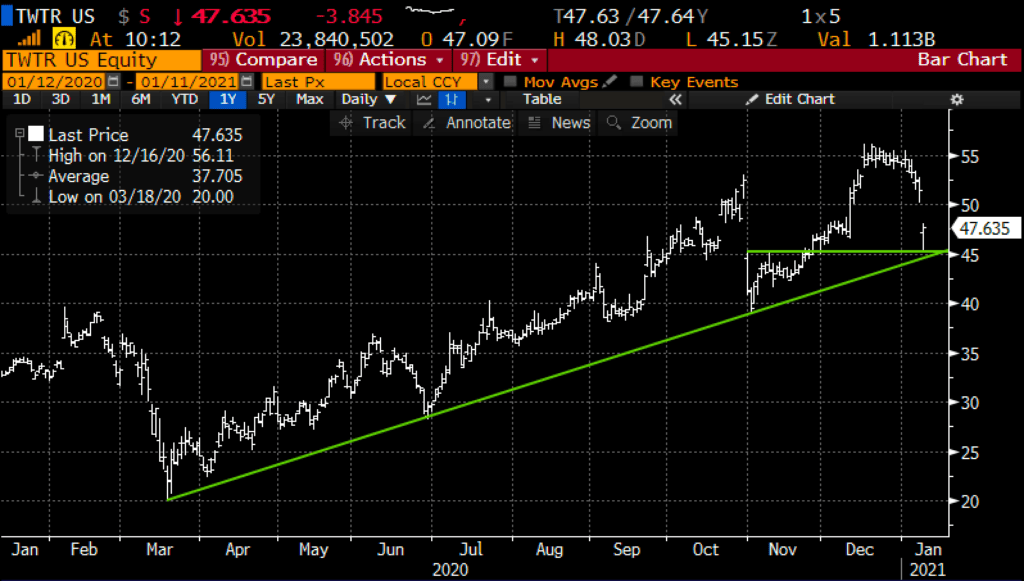 Trade Update: with TWTR stock near $48, the Jan 22nd 53 puts that cost $2 last week when the stock was 53 can now we sold at $6, I think it makes sense to take the short term profit and look to re-load on the short side if the stock were to get back above $50.