Russell, Your Looks Have Become A Problem – IWM

No matter how optimistic one may be about the stock market here in the U.S. for 2021, it would seem impossible that yesterday’s lows were THE lows for the year. If you agree with that, then it makes sense that there would be a sort of cleansing of some of the late 2020 excess that might come in early 2021, to shake out the weak hands, those who think that stock markets only go up, and making money in stocks is easy. If your primary source for the stock market and economic information is Twitter, then you would be familiar with this sentiment… which goes something like… Don’t Fight the Fed…and BTFD.

This really does say it all. https://t.co/AlxqyNRvX7

Just like the chart of U.S. Money Supply above, over the last two months small-cap stocks, as measured by the IWM etf that tracks the Russell 2000 went parabolic, up 30% since Halloween. Small caps are made up of mostly domestically focused companies, many hard hit by the pandemic, in financials and energy, and have outperformed their large-cap brethren on optimism of perpetually low rates, further fiscal stimulus, and vaccines putting an end to the pandemic by mid-2021.

The one year chart below of the IWM shows the convergence of the uptrend from its March lows with the early November breakout to new 52-week highs, just above $170: 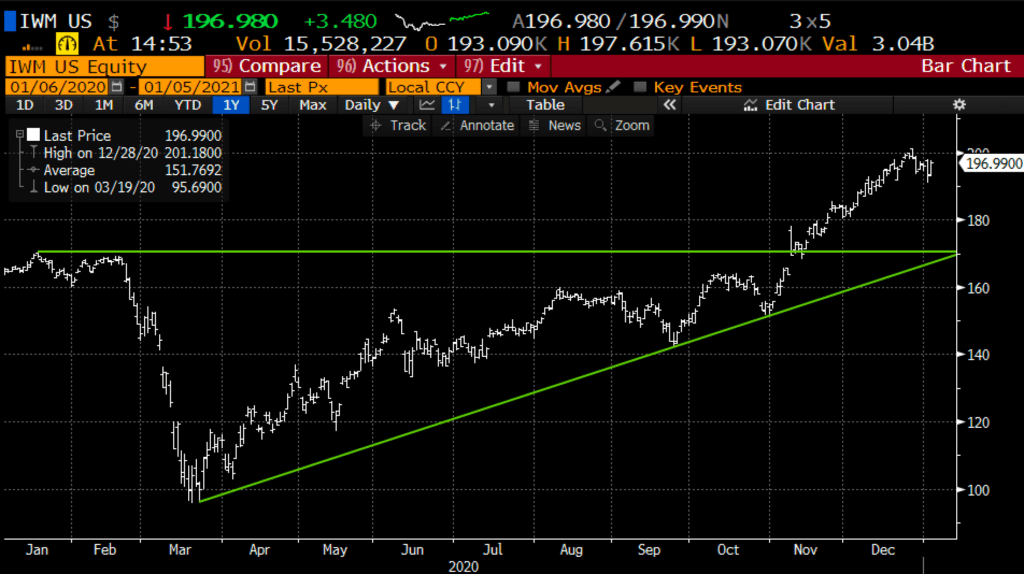 The five-year chart below shows the breakout above its prior all-time high back in mid-2018 near $174: 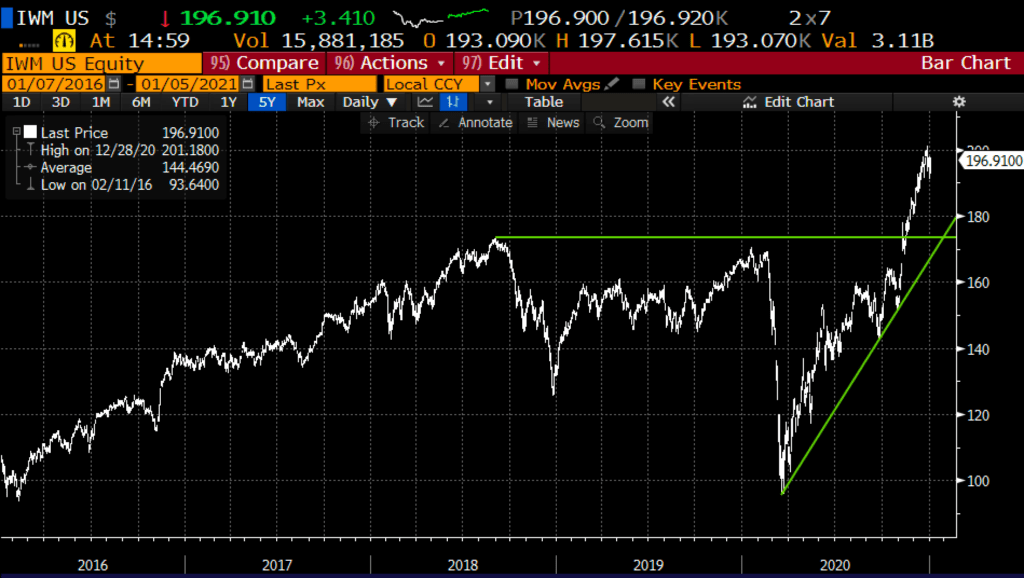 If the markets were to correct, small caps could be viewed as the most vulnerable given the recent outperformance and the sensitivity to a delayed economic recovery in 2021 that current stock market valuations have priced in. A run of the mill 10% correction in the IWM from current levels would have the etf back near the recent breakout in the mid $170s.

If I were inclined to target that range in a pullback in the IWM over the next month or so, I might consider the following put spread: