In The Money with Fidelity Investments: SPX, XRT AAPL

Macro: Target guided down 2x in the last three weeks, prior to that we had disappointing commentary and guidance from Amazon and Walmart, two companies that do nearly $1 trillion in annual sales also in May. With energy and food inflation apparently persistent and the Fed steadfast in raising rates and rolling off their balance sheet to fight inflation, might we be seeing kinks in the consumer’s armor? This is coming at a time when revolving consumer credit is above $1 trillion, up nearly 20% year over year in April, and the U.S. savings rate is declining to pre-pandemic levels. If you listen to the largest retailer’s CEOs and last week’s comment from JPM’s CEO Jaime Dimon, a “hurricane is coming” for the U.S. economy.

But in the face of bad news this week on the economic and earnings front, the S&P 500 (SPX) trades well and feels like it wants to make a break towards its 200-day moving average near 4400, if it were to that into quarter-end It could set up as an attractive level to take profits on longs bought near the lows last month or for a trading level on the short side into what will likely be a very disappointing Q2 earnings season that will kick off in mid-July: 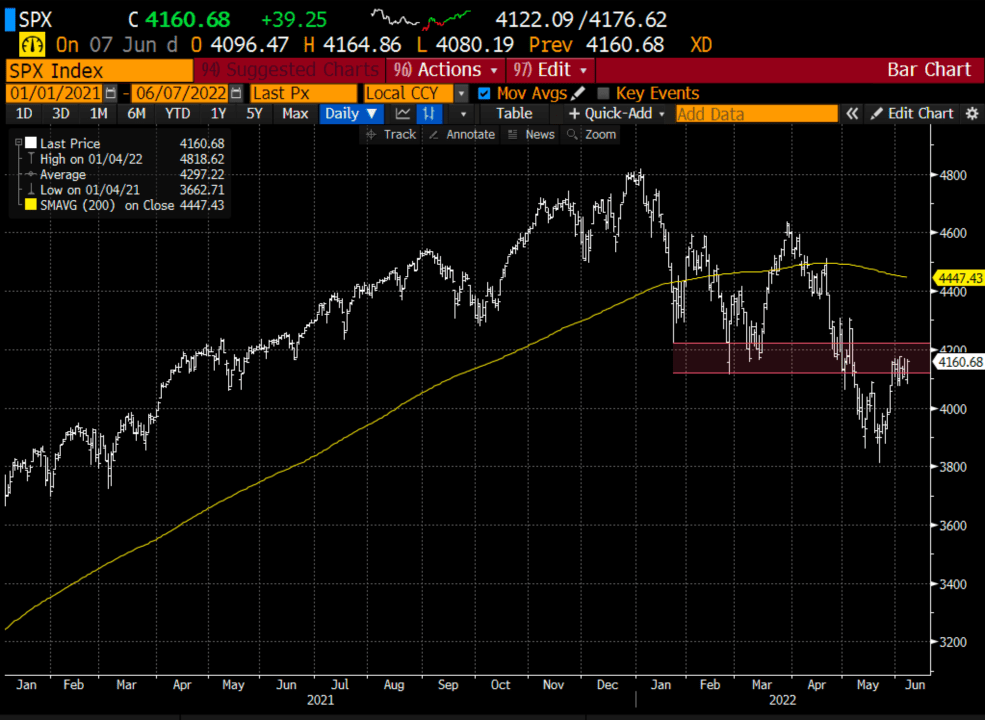 Trade Idea #1: Sell retailers on Rallies. The XRT, the etf that tracks the sector has been in a persistent downtrend for months, after breaking out to a new all-time high last November, coincidentally right before the Fed pivoted their views on inflation: 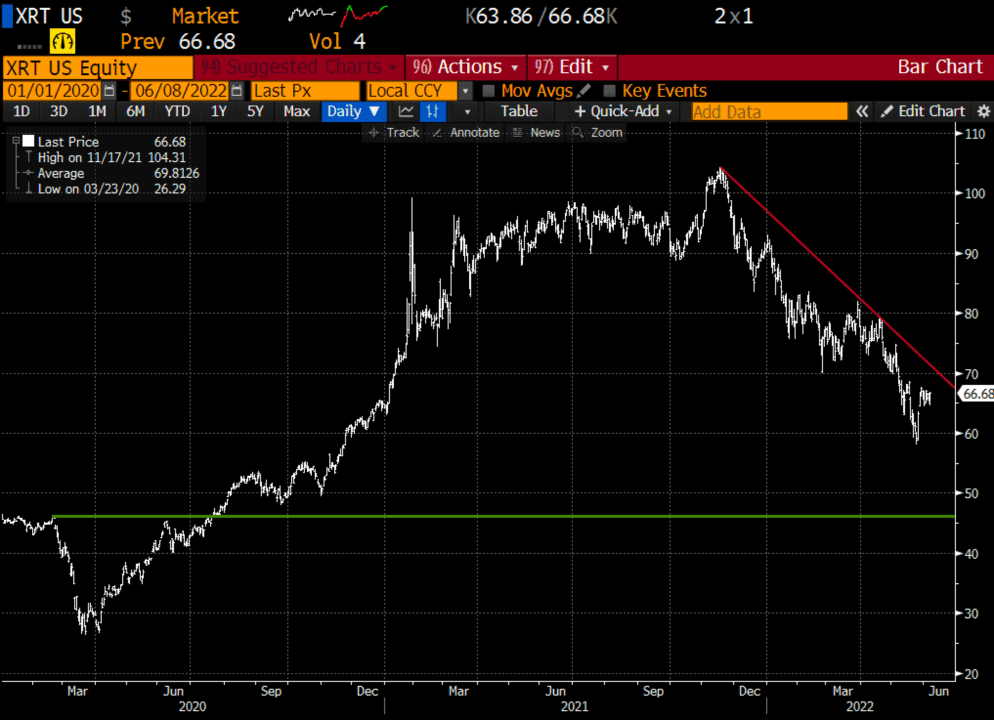 I suspect we see more disappointing consumer data this summer and more pre-announcements from retailers looking to unload unwanted inventory. The XRT could retrace its entire move back to the pre-pandemic levels below $50

Rationale: this trade idea risks a little less than 4% of the etf price and has a break-even down of just a bit over 4% with a max potential gain of 3x the premium at risk if the etf is down 15% in a little more than a month.

Lookback & New Trade: On April 27th when AAPL was $158 I detailed a yield enhancement strategy for long holders, selling an out of the money call against 100 shares of the stock:

Now with the stock at $158 and just two weeks to expiration the June 180 calls are worthless and should be covered for 2 cents.

For long holders who remain committed to the long but are also interested in containing to capture potential yield it might make sense to once again overwrite the shares by selling an out of the money call in July expiration:

Profits of the stock up to 160, capped above that, but really at 161.90, up about 10% (the short call strike plus the premium received). The stockholder can always cover the short call prior to expiration to keep the long stock position intact.

Losses of the stock below current levels, but the $1.90 in premium received acts as a small buffer.

On the chart, AAPL has healthy technical resistance near $160, with its 50-day moving average crossing below its 200-day possibly showing declining momentum. 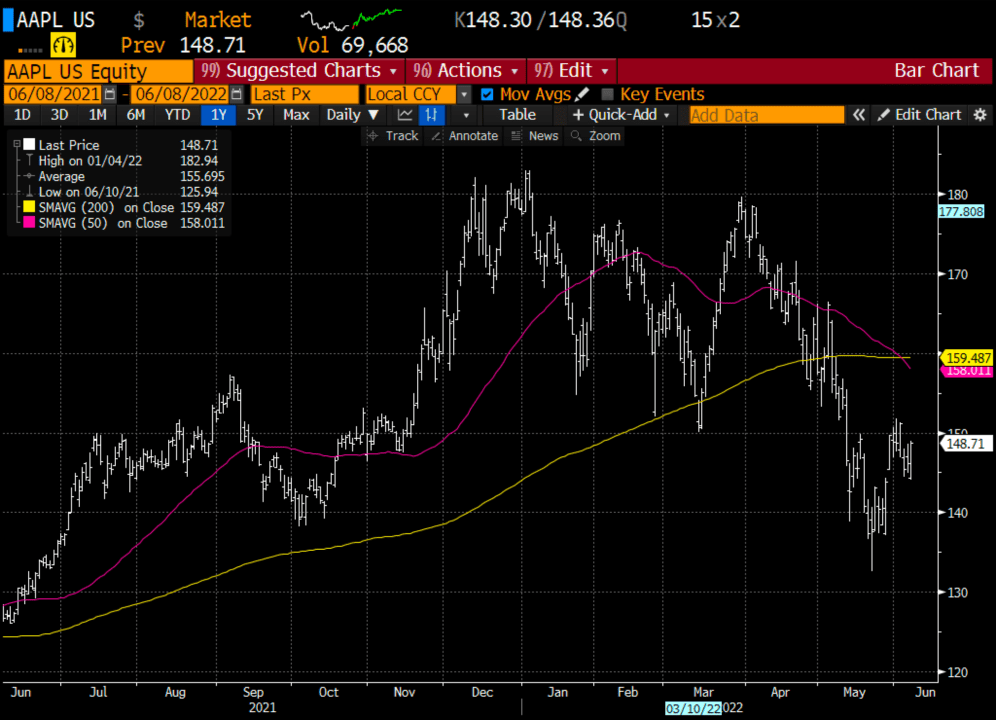