In The Money with Fidelity Investments: SPX, XBI, AXP, XLF

Macro: Stocks can’t stop, won’t stop…we’ve seen plenty of volatility of late in commodities, rates, fx, Chinese stocks, specific sectors in the U.S. stock market, but the major indices are within a whisper of their all-time highs. All of this in the face of weakening economic data (Q2 GDP, Consumer Confidence, ISM, Housing Starts) in just the last week as fiscal stimulus and eviction moratoriums are set to roll off and the delta variant of the coronavirus threatens to curtail the pace of the re-opening of the global economy that kicked into gear this past spring.

The S&P 500 (SPX) is increasingly finding itself in a tighter range as it squeezes higher, seemingly climbing a wall of worry: 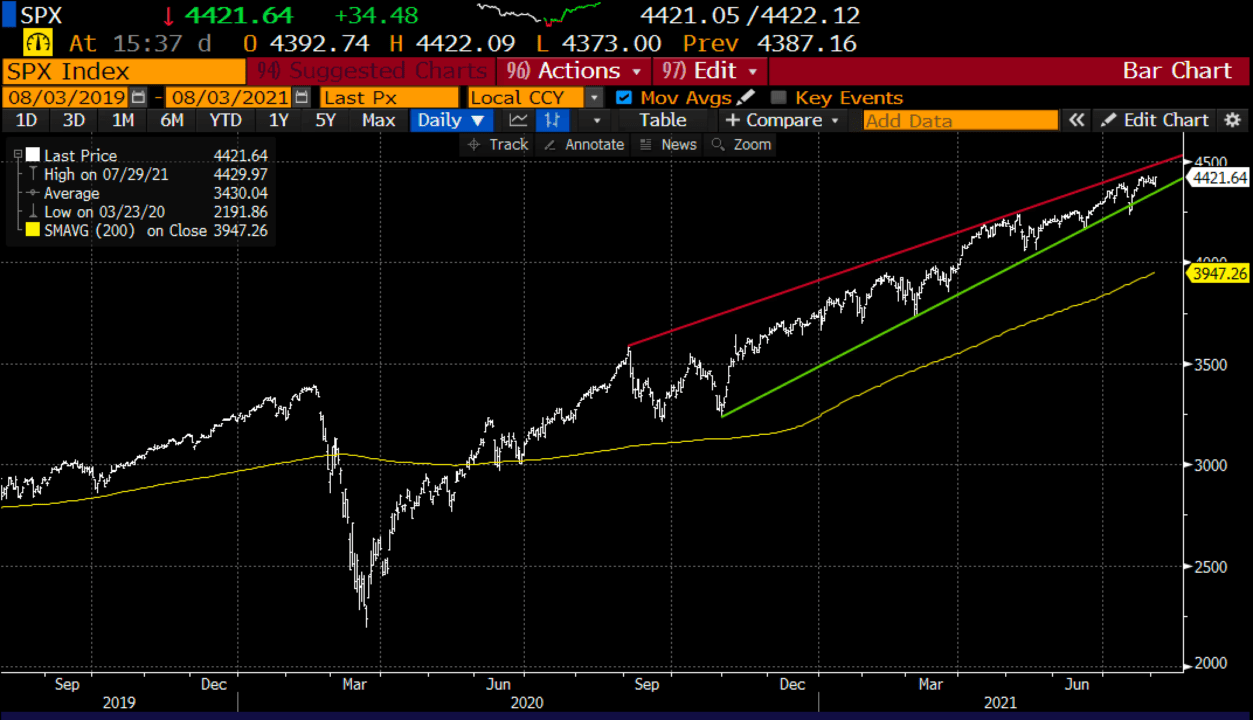 Might we see a rotation back into some of the stocks or sectors that performed well during the pandemic?

Trade Idea #1: In healthcare, it is a tale of two cities if you will in 2021, large-cap pharma stocks measured by the XLV, the S&P Healthcare Select ETF is up 17.5% YTD powered by new all-time highs by its largest components PFE, JNJ, and UNH, while the XBI, the S&P Biotech ETF is down 10% on the year and nearly 30% from its all-time highs made in Feb. Something has to give on this disparity and while I am not looking short to big pharma as there have been some really impressive technical breakouts in stocks like PFE and JNJ, but Biotech stocks as a group are so out of favor, are at key technical support on the chart, and looks appealing to play for a bounce with defined risk. 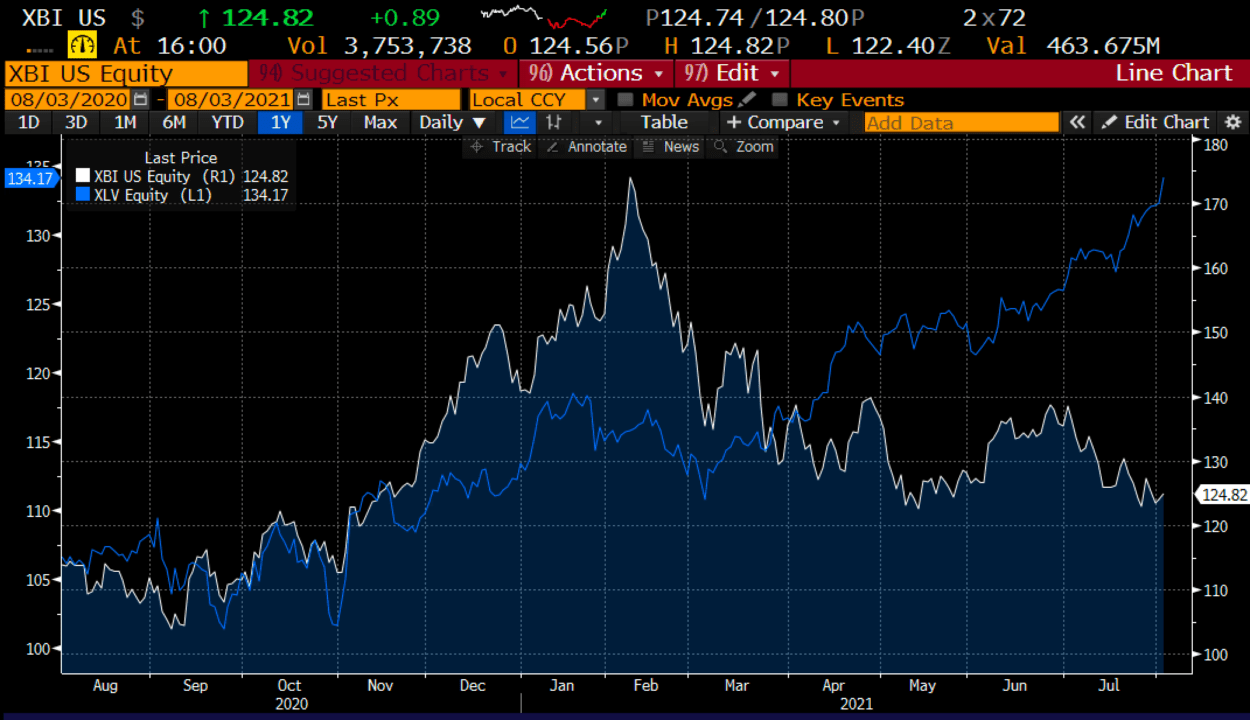 $120 is massive support, this trade idea stops the trade at just above that level and targets a move back to the late June high, just above the 200-day moving average. 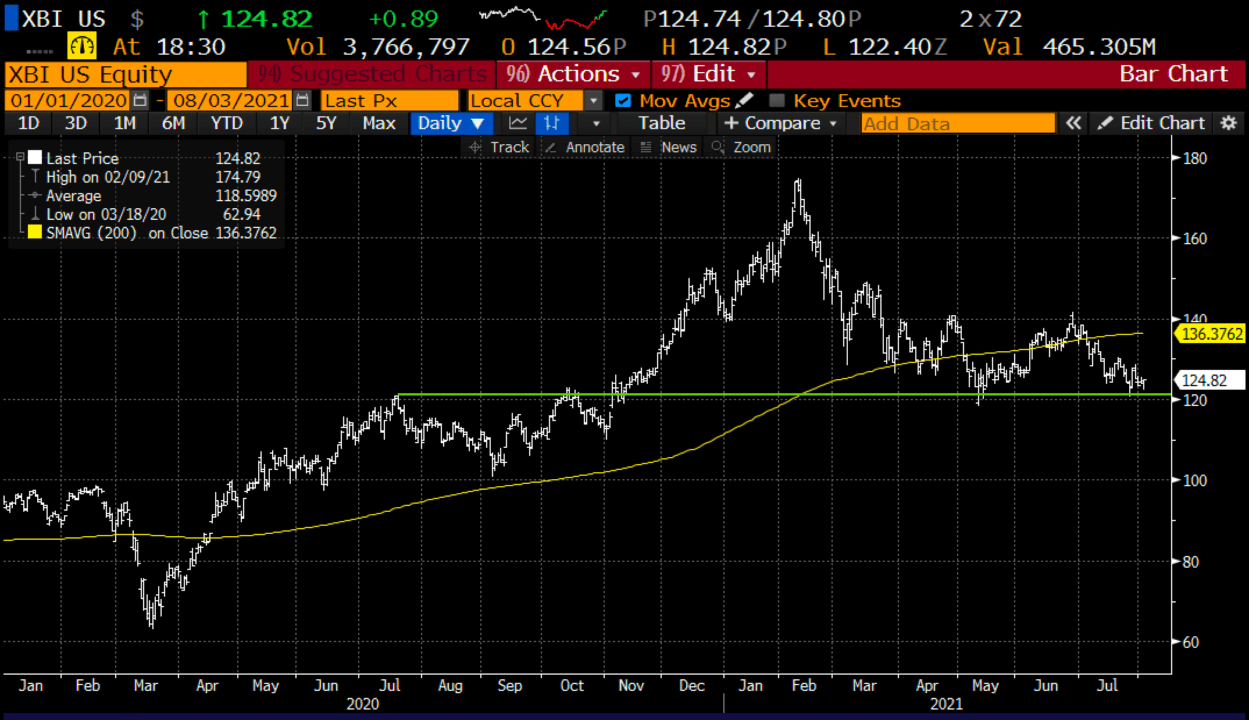 Personal savings rate dipped to 9.4% in June, down from 10.3% in May … now at lowest since February 2020 pic.twitter.com/uCWFENMhDM

These two coupled with last week’s disappointing housing and consumer confidence data leads me to believe that in the face of fiscal stimulus rolling off and eviction moratoriums abating that the U.S. consumer might not be in as great of shape in late Q3 after a splurge of hate spending and may have pulled forward a lot of demand.

Rationale: this trade idea risks 2.5% of the stock price, has a break-even down 5%, and has a max potential gain of 9% if the stock is down 15% in two and half months.

The stock is approaching the uptrend from its Oct lows, with no real support until its 200-day moving average near $140, also its April lows: 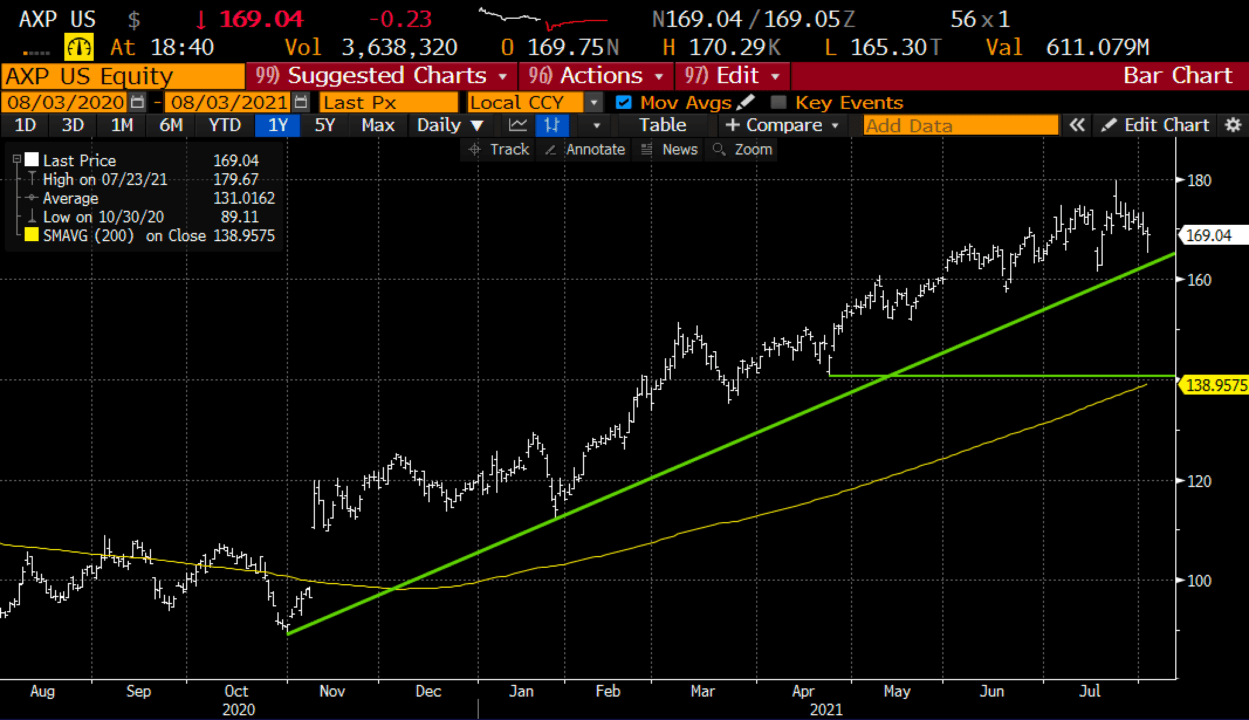 Now with the XLF $37 the put spread is worth…

Keep an eye on 10yr Yield, if it continues to go lower towards 1% and XLF is firm, I would close this position as I suspect they find support near 1% 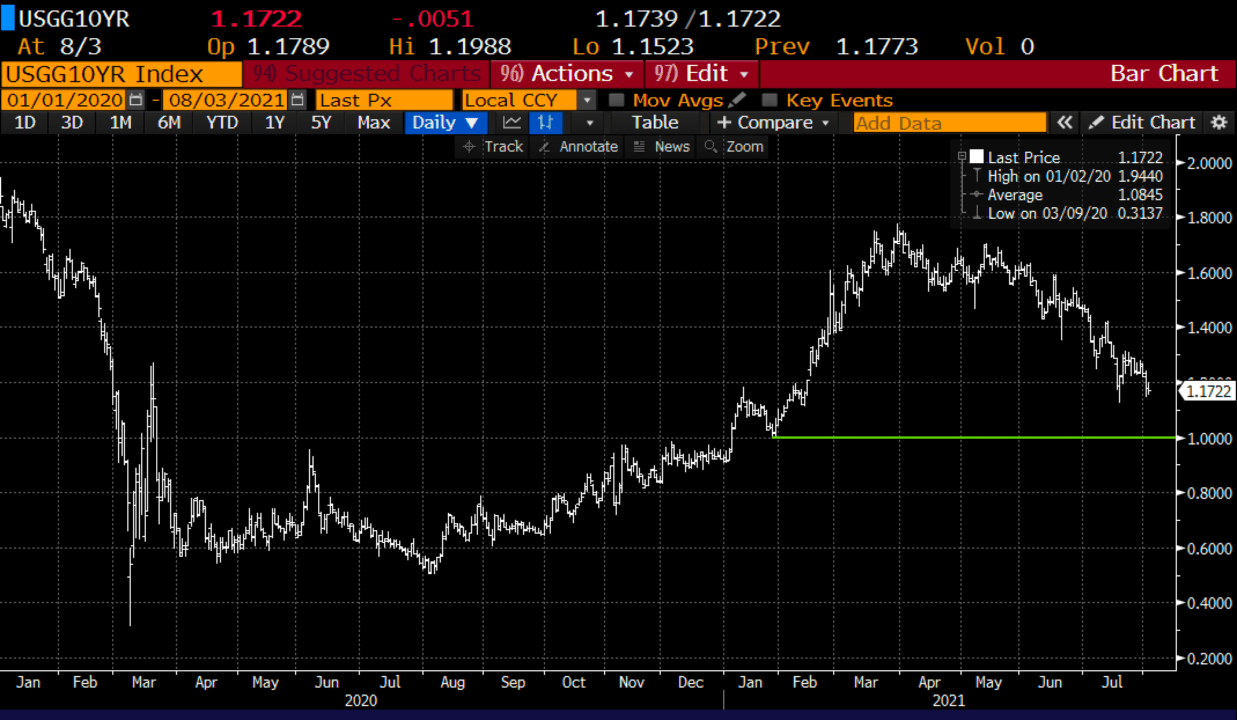