In The Money with Fidelity Investments: SPX, GLD, QQQ, SHAK

Shortly after the open on Wednesday, I filmed my weekly In The Money segment with Fidelity Investments. Click below to watch and see my notes below the video:

Macro: Fed Chair Powell at his Senate re-confirmation hearing yesterday renewed his pledge to take inflation head-on, which could mean greater than expected rate increases in 2022 and possibly rolling off some of the assets on its balance sheet that it has amassed over the last nearly two years since the start of the pandemic. For now, investors appear to be calmed after five consecutive days of losses in the S&P 500 (SPX), possibly suggesting that unchecked inflation is more of a risk to the stock market than higher interest rates and generally tighter monetary policy.

It would appear that investors have been very comfortable over the last year buying 5-6% dips from all-time highs that come above the uptrend that has been in place since last January: 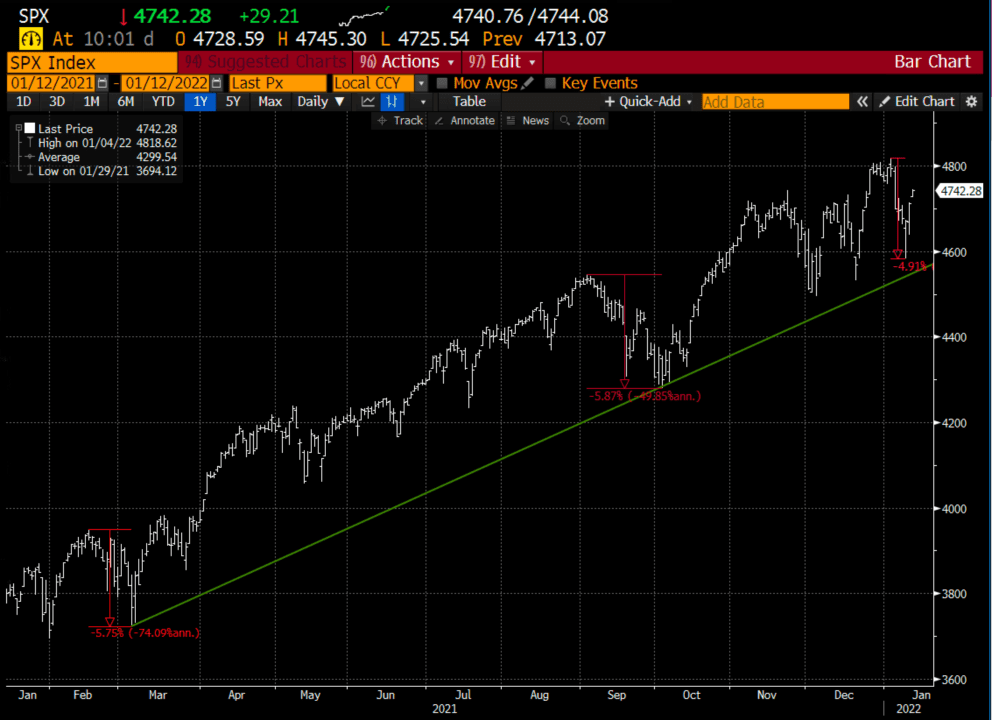 Trade Idea #1: Long Gold, if you believe the Fed is right and inflation pressures are likely now to persist, Gold could finally have its day in the sun or at least break out from the triangle pattern it has been forming over the last two years, targeting a move back towards the high made last spring near $180: 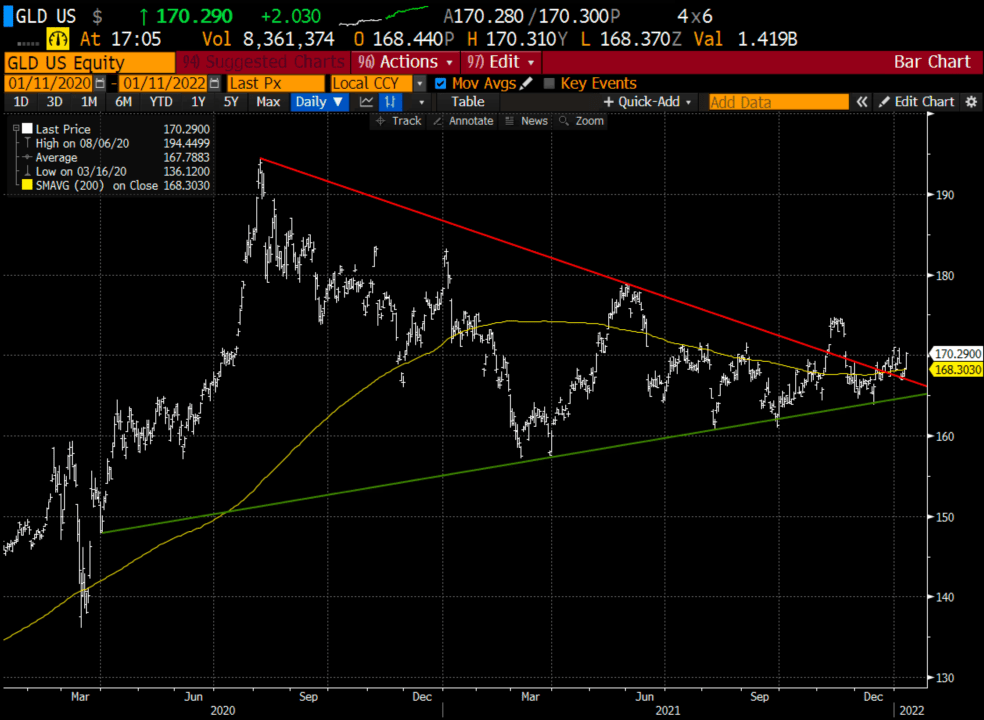 Trade Idea #2: QQQ – Re-short, Back in late Nov, before the Omicron variant was known, I detailed a bearish trade idea in the QQQ, the ETF that tracks the Nasdaq 100 (NDX), when it was very near its highs. It is notable that despite the S&P500 (SPX) making a new all-time high, the NDX has not since late November. In fact at the lows on Monday, more than 40% of the stock’s in the Nasdaq were down 50% from their 52-week highs. The largest components still hold the key to the QQQ, with the top 7 making up 50% of the weight of the index of 100. Monday’s breach of the 150-day moving average was significant per my good friend and chartist extraordinaire Carter Braxton Worth of Worth Charting. The bounce from the lows Monday was impressive, But I might look to sell the bounce, with defined risk, targeting a move back to the early October low near $350: 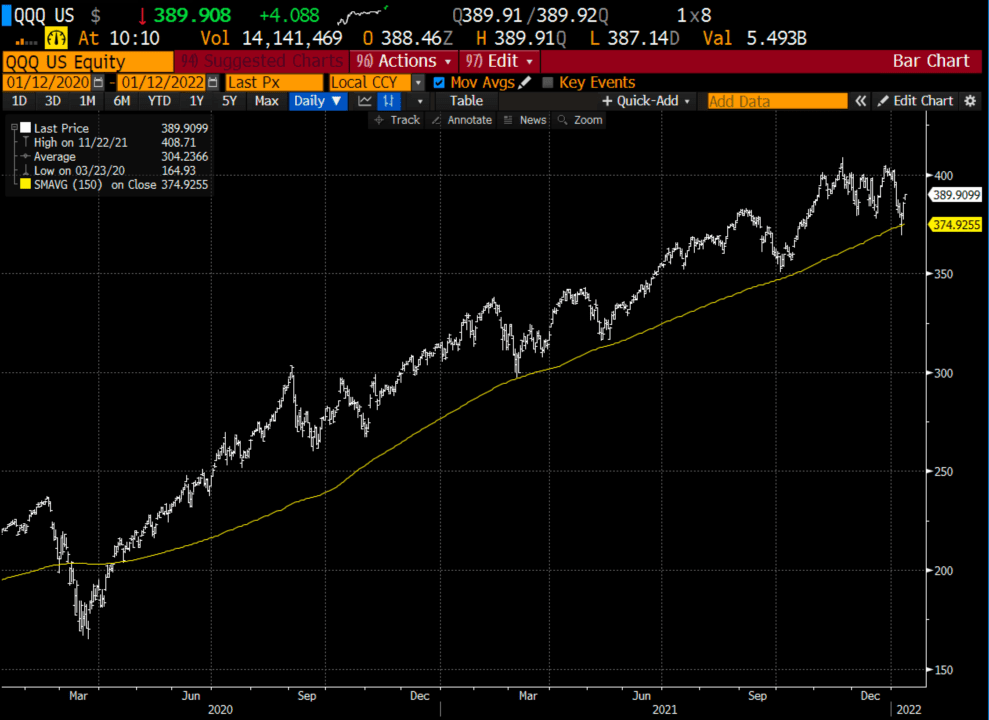 On Tuesday the company announced preliminary Q4 results that were better than expected and the stock rallied more than 13% off of a 52-week low. With the stock near $77, the call spread that cost $5 is now worth ~$7 and if it were to get to be a double, worth 2x the original premium it makes sense to take half off, or potentially roll to a higher call spread.