In The Money with Fidelity Investments: QQQ, LYFT, TWTR

Shortly after the open Tuesday, I filmed my weekly In The Money segment with Fidelity Investments. Click below to watch and see my notes below the video:

Here are my notes from Tuesday’s show:

Macro: Mega-Cap Stocks might be approaching a breaking point, after months of rotations in and out of groups like energy, industrials, financials, and transports based on the whims of interest rate moves, covid concerns, and supply chain disruptions. But through it all, the S&P 500 (SPX) could not be at all-time highs if it was not for the out-performance and continued crowding in the 6 biggest names in the stock market, Apple, Microsoft, Amazon, Alphabet, Facebook, and Tesla. And the $10 trillion question (equal to their combined market caps) is whether or not they can continue to keep the whole ship afloat? Some investors thought Small Caps by way of the Russell 2000 would be a nice place to broaden out, but it did after 9 months of consolidation and quickly failed.

Trade Idea #1: Nasdaq 100 – The concentration in the mega-cap tech stocks that make up a disproportionate weight of the large major indices remains troubling, but a flip might have just flipped with rates, making them look far less attractive. 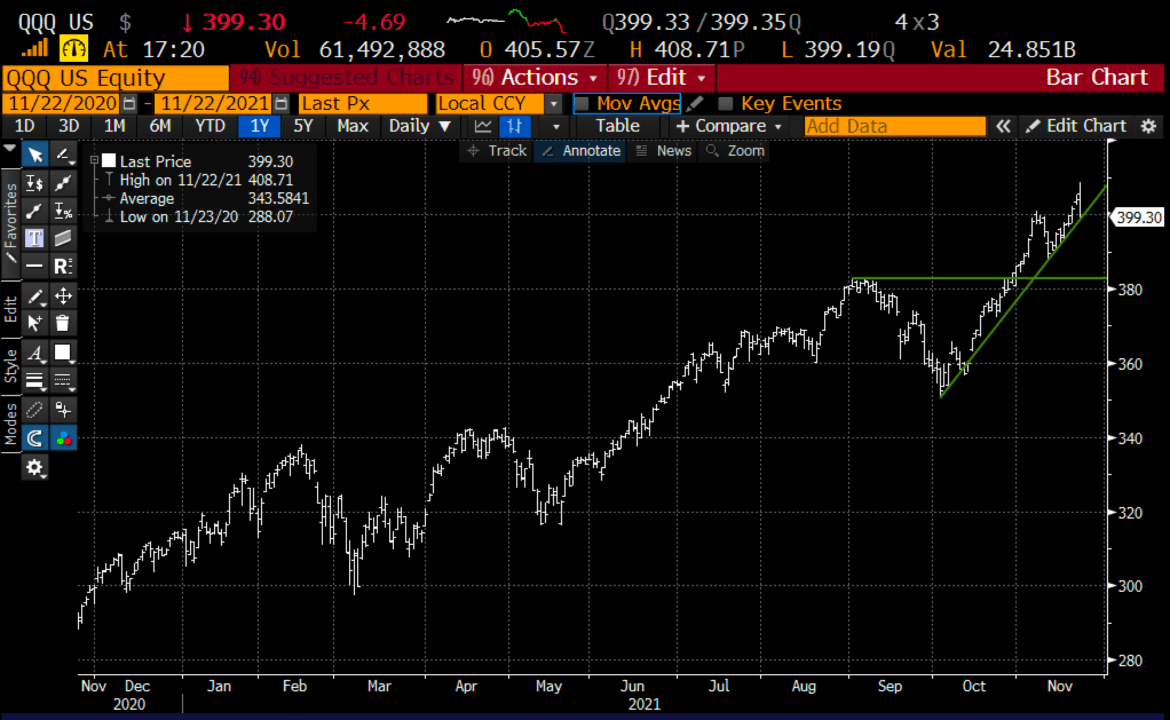 Rationale: this trade idea risks 2.2% of the ETF price, breaks even down the same and has a max potential gain of about 8% if the ETF is down about 10% in 2 months.

Trade Idea #2: LYFT is at a tricky spot on the chart, but last month company gave very upbeat guidance, rallied from $45 to $55, and has now given it all back. If it can hold $44-$45 could set up as a good bounce candidate into year-end 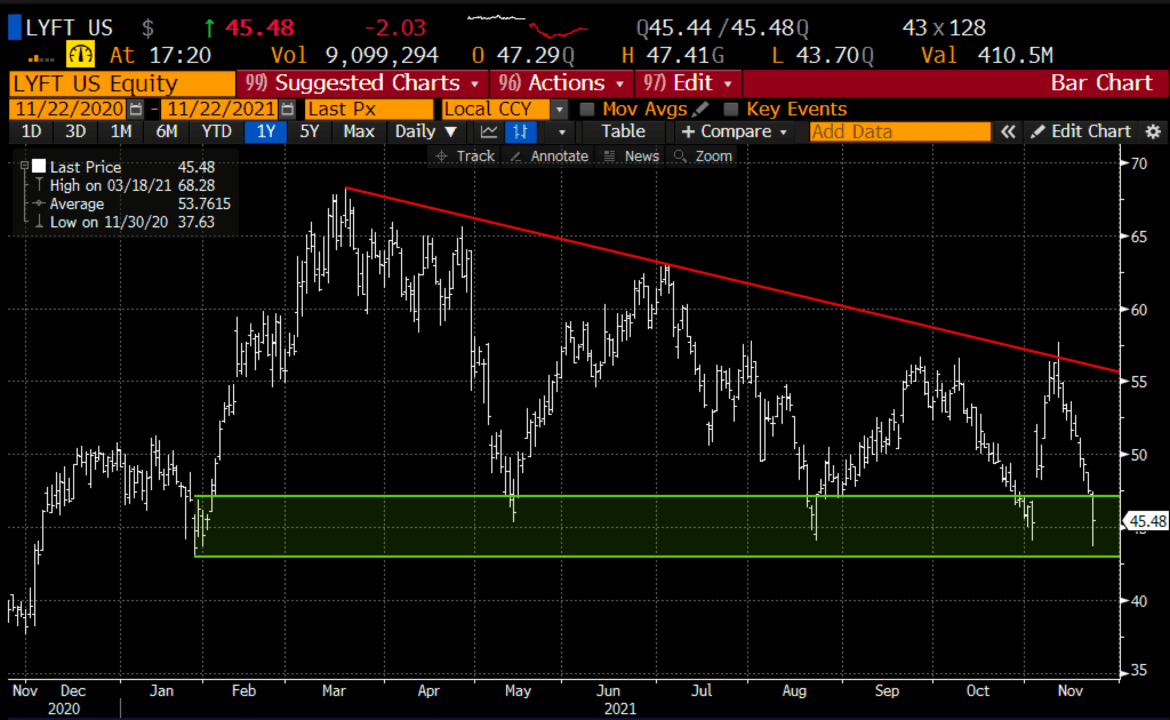 The stock is now down about $6.50 or about 12% in just two weeks and this call spread is now worth only $1.10, it makes sense to cut losses here as it has breached the mental stop.