In The Money with Fidelity Investments: OIL, IWM, XRT

Macro: With the June Fed meeting out of the way and the central bank accelerating for the time being its inflation battling with a greater than expected rate increase at their last meeting, investors will be keenly focused on any signs that inflation may top out this summer giving them the cover to slow down their tightening. When stock market investors get a sense that the Fed will cool their jets a near-term bottom for stocks could be in. All eyes will remain on Crude Oil, which has been the poster child for rising input costs and exacerbated by the Russian invasion of Ukraine. Crude is once again threatening its uptrend that has been in place since early December when the Biden Administration said they were going to tap the Strategic Petroleum Reserve to help lower the price of gas at the pump. Obviously, that was just a drop in the barrel: 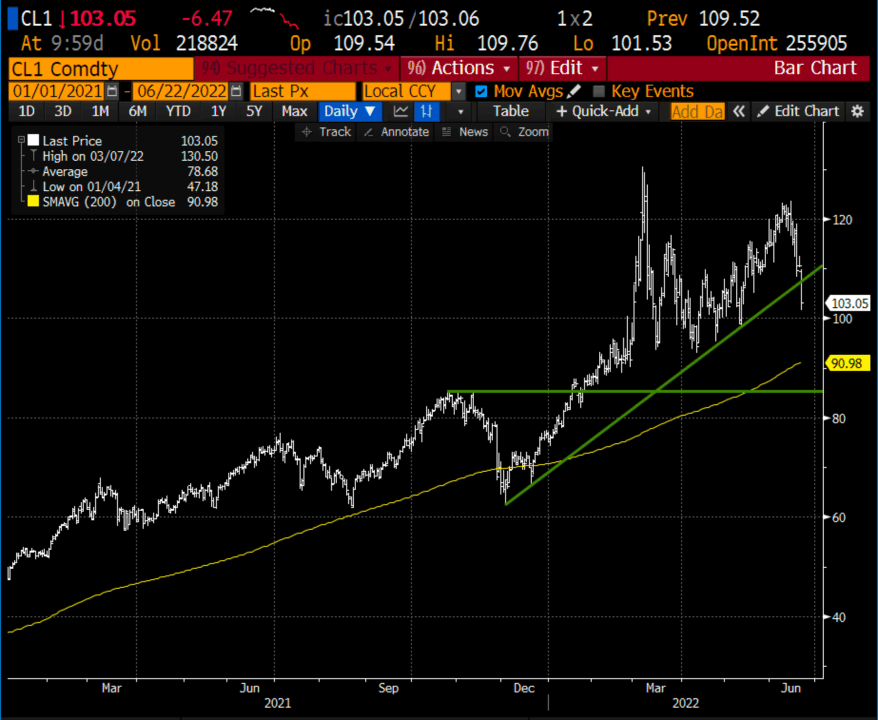 Trade Idea #1: Play for a near-term bounce in IWM, the ETF that tracks the Russell 2000.

Small-Cap stocks lead the broad market to the downside late last year after sorely lagging their large-cap brethren. Might they be the first group of stocks to show some relative strength in an oversold rally? The etf has been in a very well-defined downtrend since its failed breakout late last year, play for a move into quarter-end getting the etf back to the breakdown level from early May: 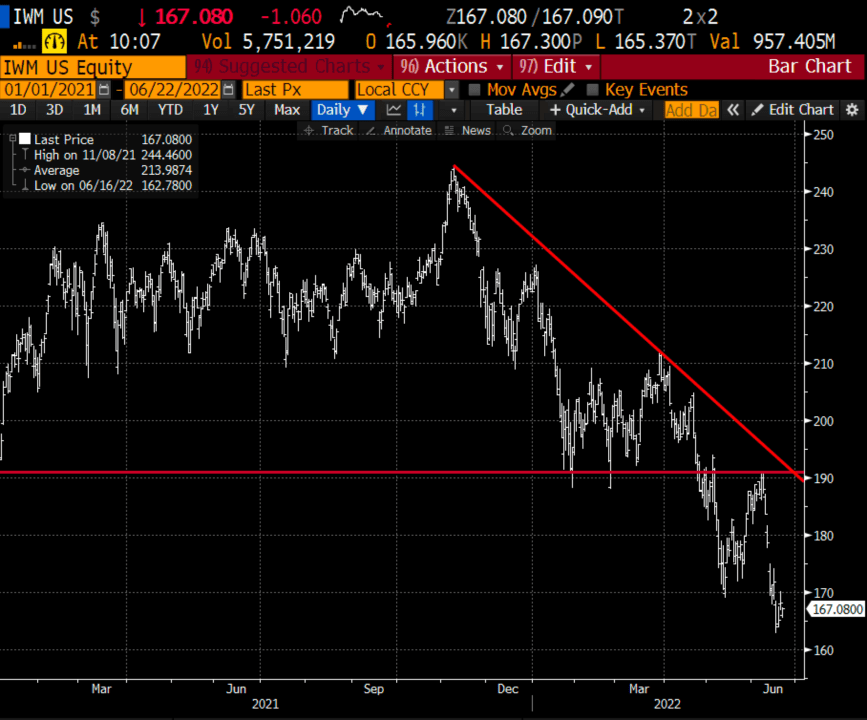 Lookback:  On June 8th I detailed a bearish trade idea on the retail sector:

Now with the XRT $61 and at the midpoint of the $10 wide spread, it makes sense to close the trade and look to put back out on the short side after a rally. The put spread can be closed at $4.75 for a double.