In The Money with Fidelity Investments: GLD, PINS, UUP

Shortly after the open on Wednesday, I filmed my weekly In The Money segment with Fidelity Investments. Click below to watch and see my notes below the video:

Here are my notes from the show:

Macro: Investors don’t seem the least bit bothered by inflation readings and expectations at 30-year highs. Stocks have rallied nearly 10% in a straight line since the start of October, placing the S&P 500 (SPX) up about 25% on the year at a new all-time high, while bond yields remain below the 52-week high despite the Federal Reserve’s recent announcement that they would begin to taper their bond purchases. It would appear that we are in a sort of “goldilocks” environment for investors as we head into a seasonally strong period for stocks.

Trade Idea #1:  Pinterest (PINS) was one of the companies that benefitted from all of us having too much time on our hands during the pandemic. The stock though has come off very hard from its all-time highs near $90 earlier this year as the company has seen a deceleration in many customer metrics which has caused investors to rethink its valuation.

A few weeks ago, prior to its disappointing earnings, the stock rallied to mid $60s on media reports that PayPal (PYPL) was considering a $40 or $45 billion bid for the company. The company came out and said they were not bidding and the stock made a new 52-week low, down 26% on the year, sporting a market cap of just $32 billion. I suspect there may be other interested parties, maybe a Walmart (WMT) who has invested heavily in digital sales and would benefit from a property that could provide lead generation as they diversify away from groceries.

The chart is a trainwreck, but it has had a history this year of sharp rallies after sharp declines, we could be setting up for such a move again soon: 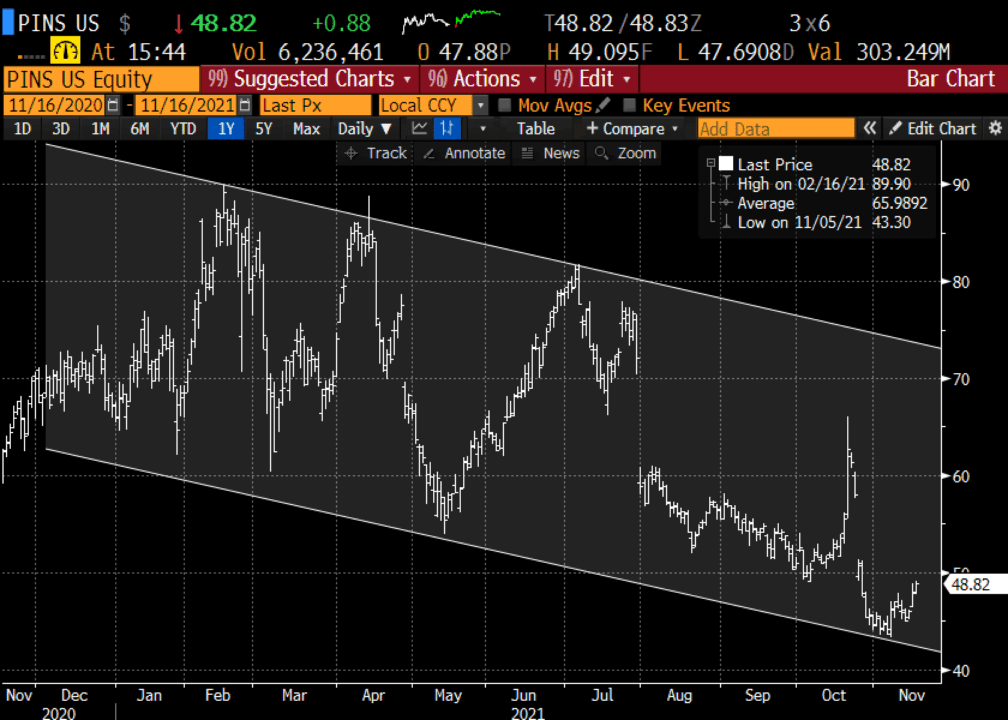 Trade Idea #2: It’s my view that inflation expectations are peaking and the bond market is sniffing this out, but the dollar’s rise should also be bearish for gold. lastly, Bitcoin has recently been corrected but it is my view that crypto, in general, is taking incremental investment dollars that would have prior gone to gold as an inflation hedge, but crypto has other uses than just an inflation hedge.

GLD recently broke out of the uptrend that has been in place from its all-time highs back in August 2020 but as inflation fears abate, and if Bitcoin were to rally I suspect GLD re-tests its moving averages in the mid $160s where it was a few weeks ago: 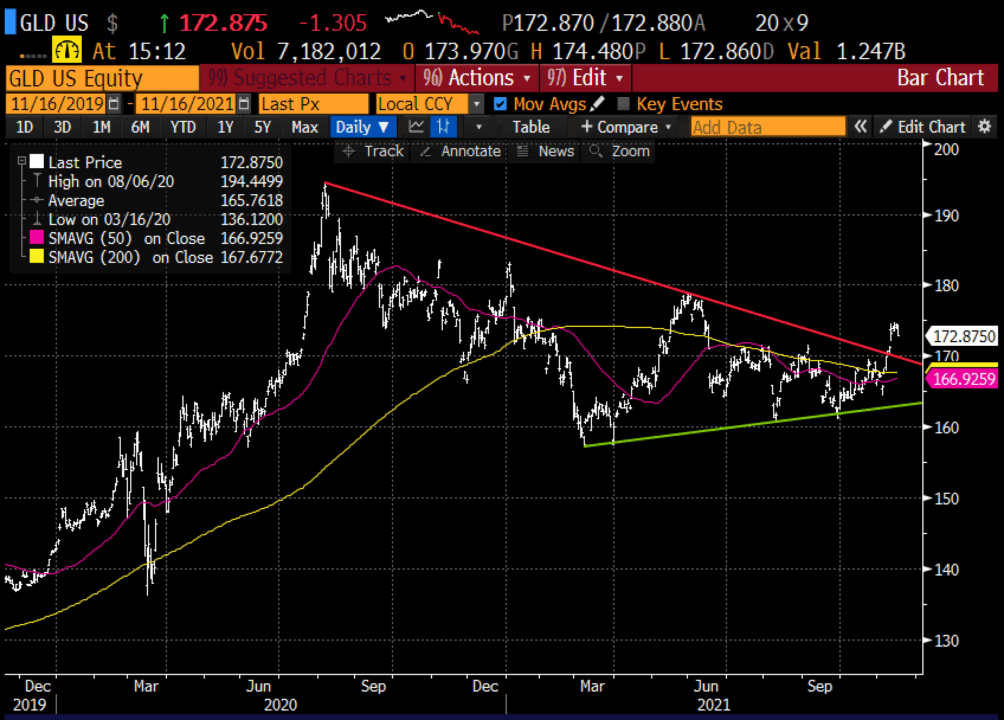 Rationale: this trade idea risks 1.1% of the etf price, has a break-even down 1.7% and has the potential to make up to 3x the premium at risk if the etf is down 6.3% in a month.

Lookback:  On Sept 28th I made a bullish case for the U.S. Dollar 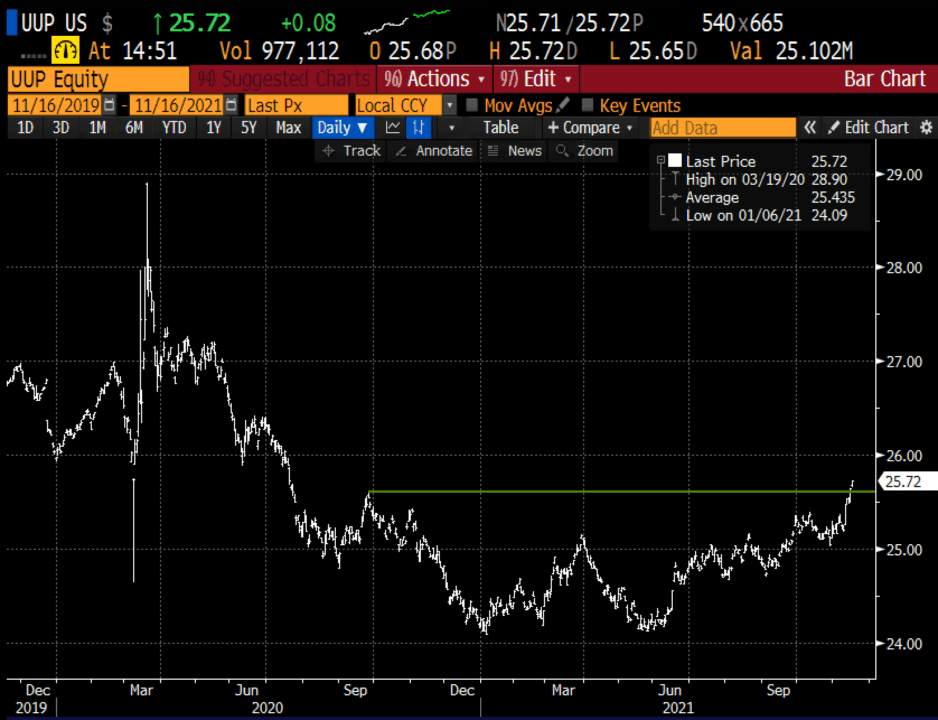