In The Money with Fidelity Investments: TLT, MCD, EA

Macro: If you have been in the markets long enough, then you have likely heard sayings like “the market is climbing a wall of worry”, and “be fearful when others are greedy, and greedy when others are fearful”. Well, the stock market has done all of the above over the last few months. It’s been a little manic, to say the least. Late in 2021, the market was climbing a wall of worry, all of the reasons the market sold off early this year were disregarded, rising rates to battle 40yr high inflation, geopolitical risks, and high valuations. Well, when investors got extremely fearful late last week of the potential for Russia to invade Ukraine, they bought U.S. Treasuries, pushing the yields below two-year highs, but with the news of the possible de-escalation, we can through in another market idiom, “they sold the news”.

Trade Idea #1: TLT – rates might have topped out near-term as investors either sell the news of the hikes or maybe U.S. Treasuries get bought for flight to quality reasons in the event of a geopolitical dustup. Play for a move back towards the 200-day moving average in TLT, which would likely be equivalent to about 1.7% in the 10-yr U.S. Treasury Yield. 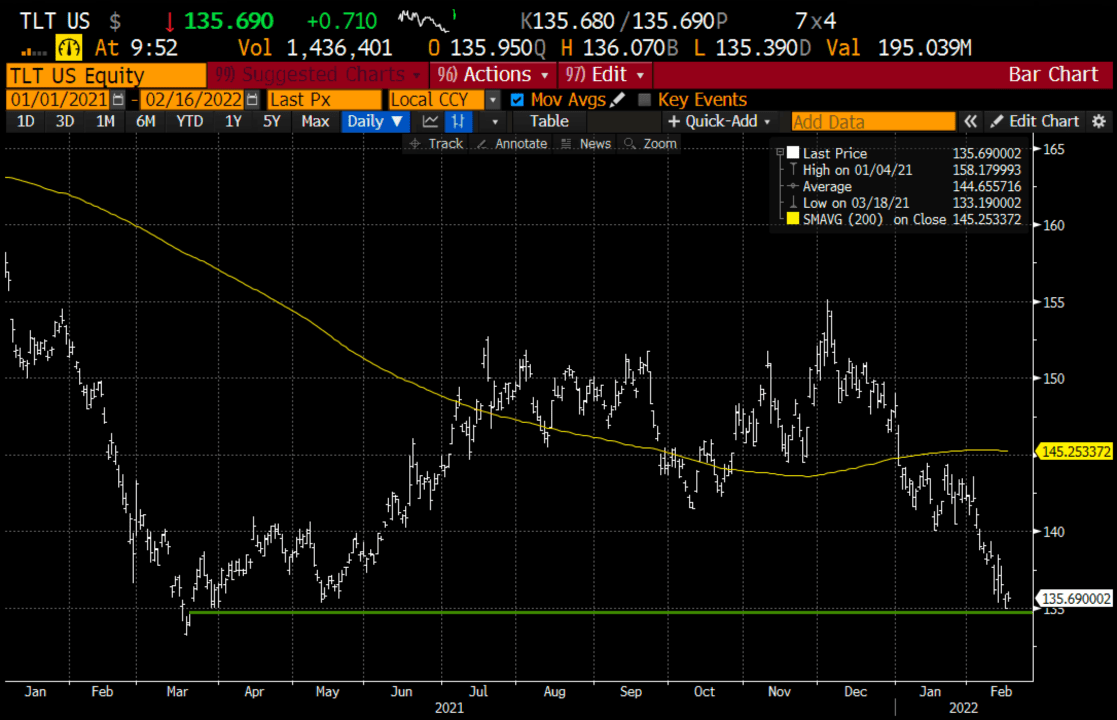 Rationale: this trade idea risks less than 2% of the etf price, has a break-even up 2%, and has a max potential gain of 3x the premium at risk if the etf is up 7.5% in a little more than a month.

Trade Idea #2: MCD, consumers might start trading down, data has been worse than expected could benefit QSRs like MCD. The stock has good support at its uptrend just above its 200 day moving average. 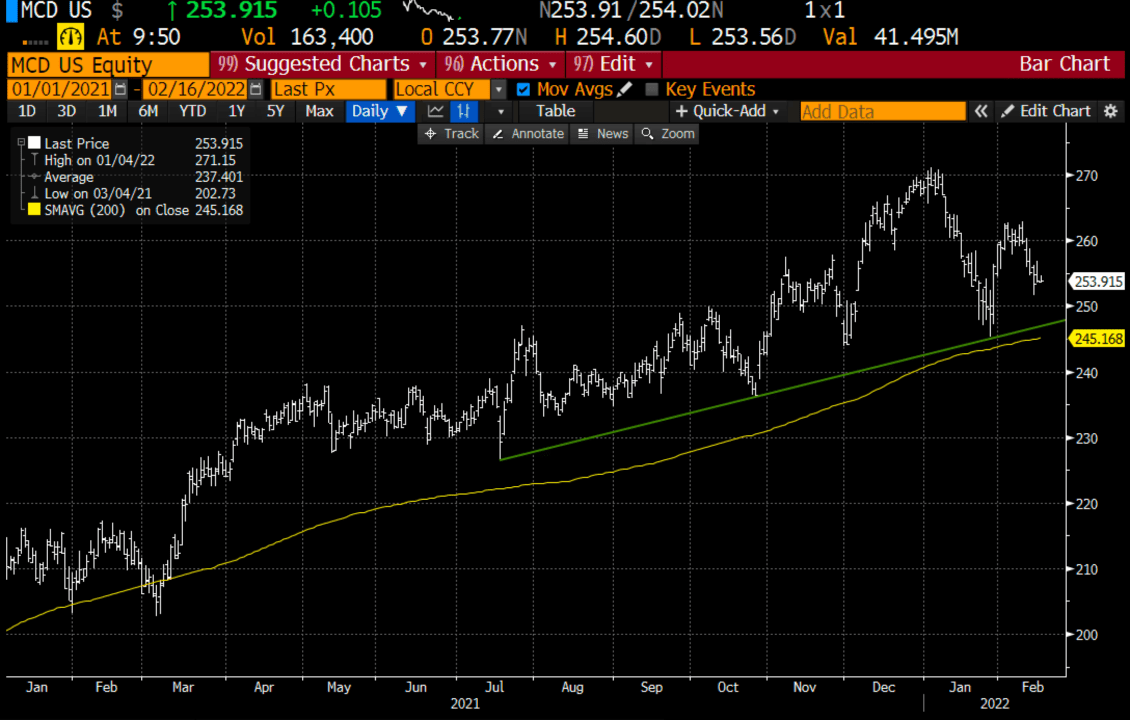 Rationale: this trade idea risks less than 1% of the stock price, has a break-even up 3%, and a max potential gain of 4x the premium at risk if the stock is back near its recent all-time highs in a little more than a month.

Lookback: A few weeks ago on Jan 26 I detailed a bullish trade idea in shares of EA when the stock was $131. Now with the stock near $135 and a few days for expiration it makes sense to manage it.