As most readers know, a large part of a bank’s earnings power is its net interest margin, per WSJ:

More precisely, it is a measure of the difference between what a bank pays to get deposits or other funds, and what it charges to lend money. A bank usually bases what it charges borrowers on long-term interest rates, while the interest it pays to get funds is based on short-term rates.

As longer-term rates have risen of late, the Federal Reserve’s insistence that they will keep short term rates near zero, the spread between the 2yr U.S. Treasury and the 10yr U.S. Treasury is nearing its widest levels in 5 years, coming from a brief negative spread in 2019: 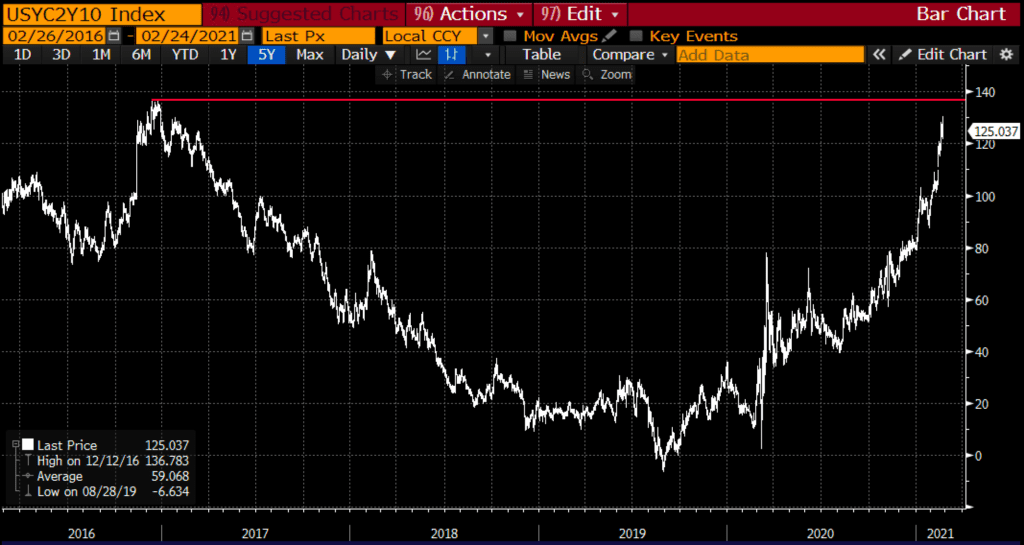 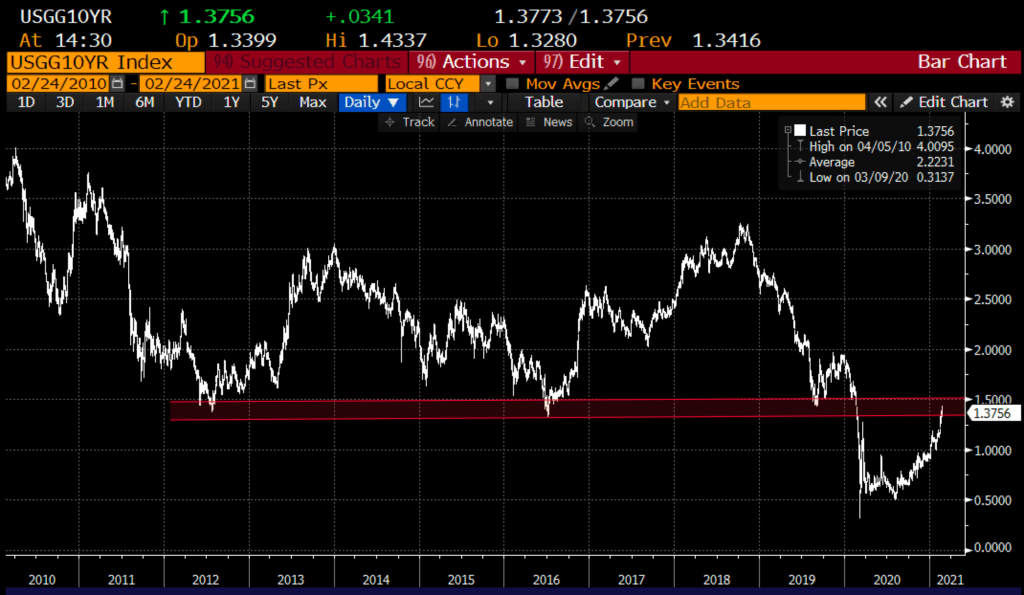 It has become a consensus view that interest rates will continue to rise and that recent inflation readings will cause the U.S. Fed to change their monetary policy stance to a more hawkish one, meaning they will start to talk about raising rates far sooner than they have suggested for the last year. And that rising rates should not be feared as it displays confidence in the relation of our economy.

I get all that, but it might also cause investors to rethink what they are willing to pay for growth stocks whose valuations have gotten back towards 20-year highs.

There are few analysts or strategists that would suggest that U.S. bank stocks are expensive and the potential for them to benefit from higher rates, reopening of the global economy, and relaxed regulation on cash return have caused investors to stampede into them over the last few months. The XLF, the S&P Financial Select etf, has nearly doubled the 20% gains of the S&P 500 (SPX) since the election, up 11.5% this year vs the SPX’s 4.4% YTD gain.

If we were to see a pullback in interest rates, investors would likely be quick to take some profits in ban stocks, especially when you consider the XLF is up 15% this month alone in nearly a straight line, I could see a pull-back towards the recent breakout level near $31 and possibly back towards the Feb lows near $29: 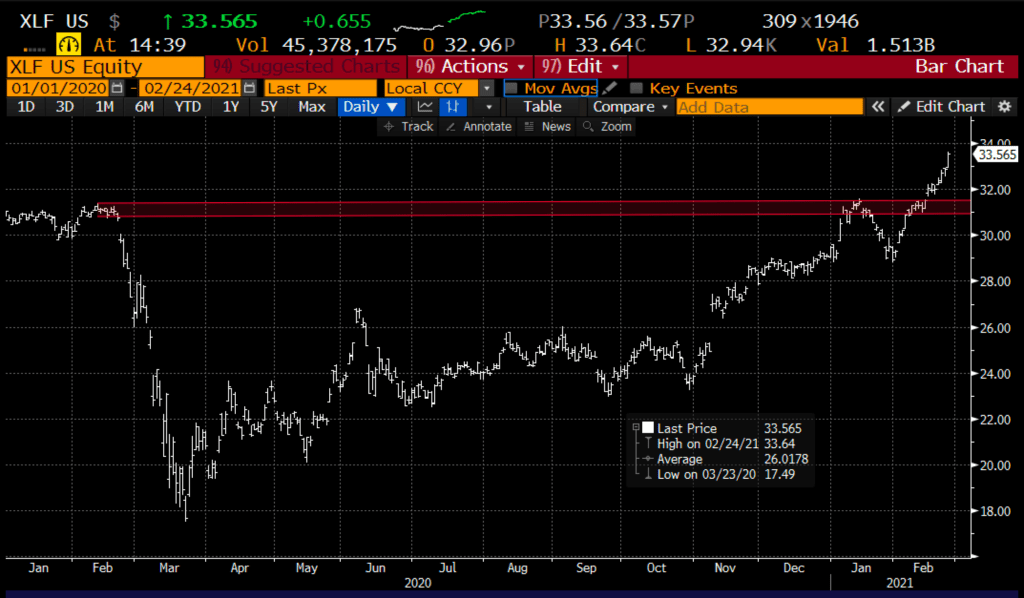 Most of the top holdings in the XLF (JPM, BAC, C, WFC, GS & MS) will report Q1 earnings between April 14 and 16th, or about 40% of the weight of the etf. April expiation looks like a good target that could incorporate a rate pullback and earnings.

If you are looking to be a bit contrarian on a sector like banks that have outperformed, it is worth noting that defining one’s risk for a long premium directional trade looks attractive, with 30-day at the money implied volatility just off of recent 52-week lows, now at 24%