Macro: Stocks don’t seem too bothered by rates sticking around 1.5% in the ten year UST, as investors appear to believe the Fed – they have no intention of raising rates or tapering QE in the face of a very disappointing vaccine rollout in Europe and global infections still making daily highs. Vaccine development is not ending in 2021, and we are likely to see continued innovation in and around boosters for years. Earnings season is underway, which is a great time to listen to the hopes and fears of management, and at this point, some sectors might be discounting too much good news expecting a return to pre-pandemic levels of activity in the back half of 2021.

Trade Idea #1: Long S&P Biotech etf, XBI… Despite the heavy lifting done by Big Pharma and Biotech companies in our country on the c19 Vaccine, Pharma is just making new highs, while Biotech measured by XBI is well off of their highs…The XBI chart might be so bad it’s good… approaching its breakout level from November, and down about 25% from its Feb highs… 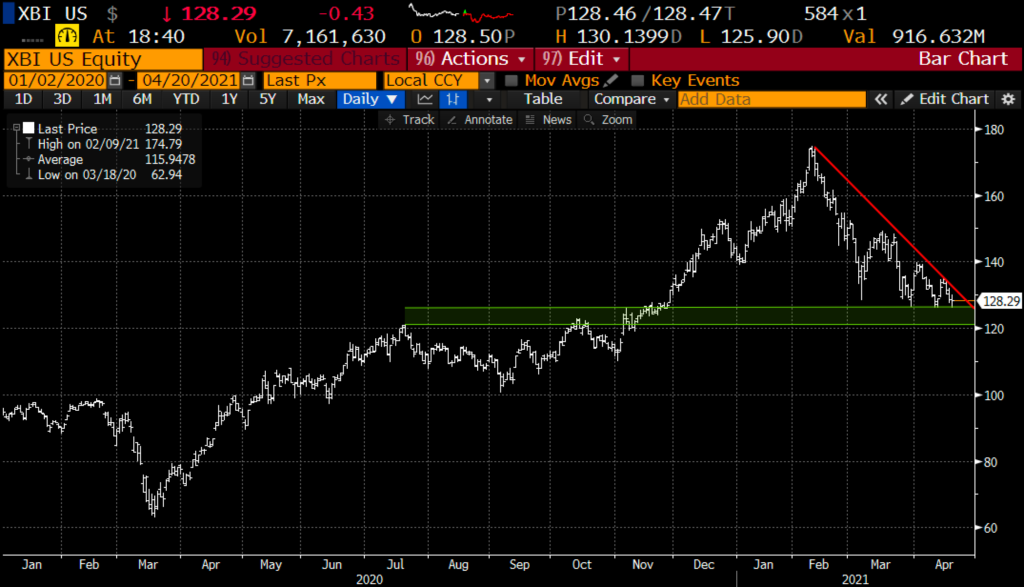 Trade Idea #2: Short (with defined risk) AXP into Q1 Earnings Friday morning. The options market is implying about a 3.5% move post results in either direction on Friday, which is a tad rich to its 4 qtr avg one-day post-earnings move.

With the U.S. state department’s recent travel warning, covering nearly 80% of countries around the world, and United Airline’s commentary about business travel, I suspect that AXP’s 20% YTD gain, with the stock a few percent from its all-time highs made in early March, that the stock incorporated any good news and is NOT discounting disappointing forward guidance.

The one-year chart shows the stock’s recent rejection just below the prior high and now testing the uptrend from its Nov lows, while the stock is still 26% above its 200-day moving average. 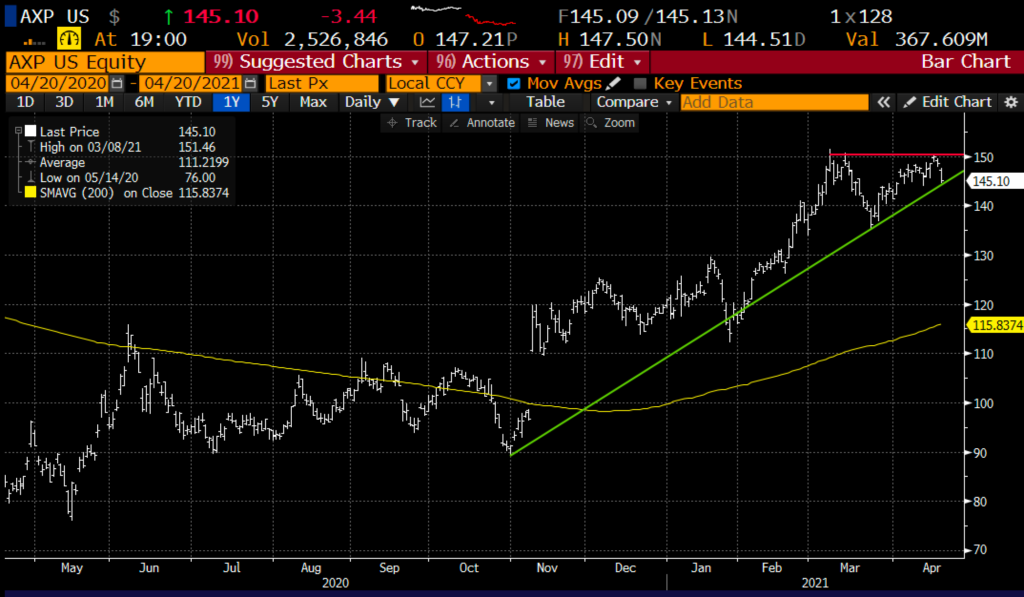 Rationale: This trade idea risks about 2% of the stock price, for about a month which includes an earnings event that the market prices a 3.5% one day move on Friday alone, with a potential profit of about 8% if the stock is down about 12% in a month.

Lookback: Last week I detailed a bullish trade idea in shares of VIAC…

Shares of VIAC have declined about 6% over the last week and the May call spread that cost 2.50 is now worth only about $1.15, it makes sense to cut losses as the premium is now below the 50% mental stop we like to use for long premium directional trade ideas. 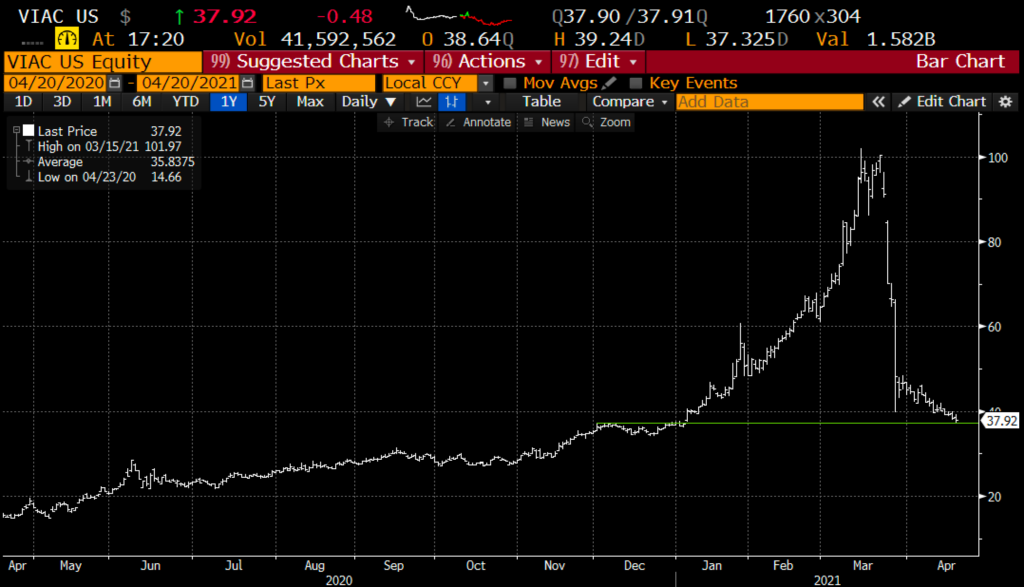