Macro: The S&P 500 (SPX) broke two-year technical resistance, with the nearly $1 trillion in stimulus passed in Dec seeping through the economy, the $2 trillion passed last month set to make its way throughout the Spring, and now another $2 trillion for infrastructure that could start to hit later this year, it is hard to decipher what exactly the bear case is for stocks. Rising interest rates? Well, real rates are still negative when you deduct inflation, making stocks look attractive even at lofty levels. The virus? The Biden admin is looking to double up their vaccine goal in the first 100 days. Consumers and corporations are flush with cash and a will like never before to get out and spend it! So just when you can’t dream of a reason for the market to correct, one usually comes. 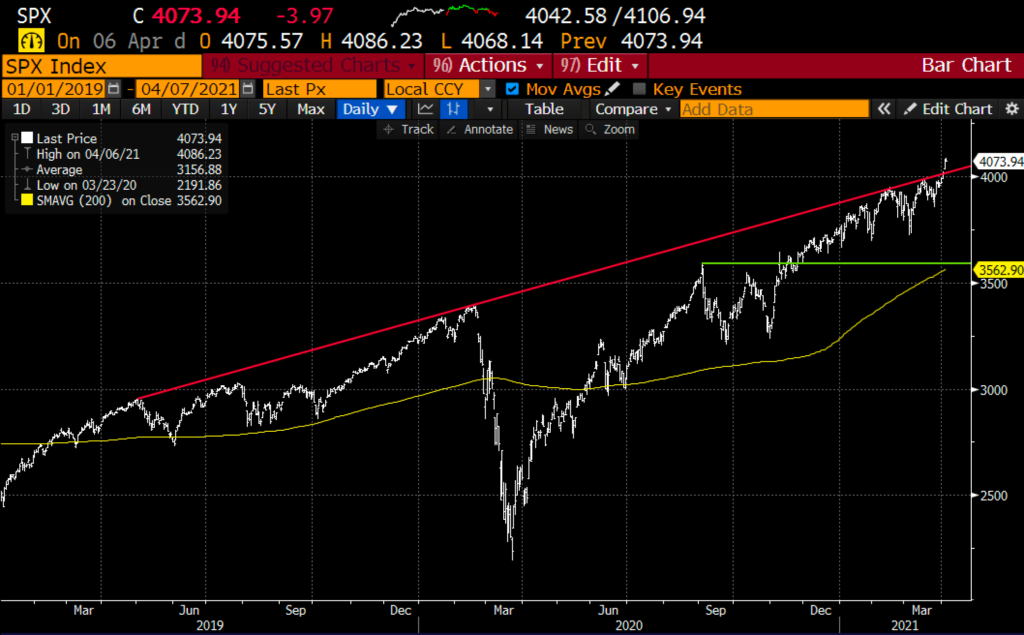 Trade Idea #1: Bullish AMD, one of the lasting economic effects of the pandemic will be the supply chain disruptions. There has been a shortage of microchips, right about the time when chips are going into everything, and the work from home, a phenomenon that caused an increased demand for cloud services that rely on big data centers.

AMD is in the process of buying chipmaker Xilinx (XLNX), they are holding an analyst day today. AMD has of late massively underperformed the SMH, the ETF that tracks the Semiconductor sector. 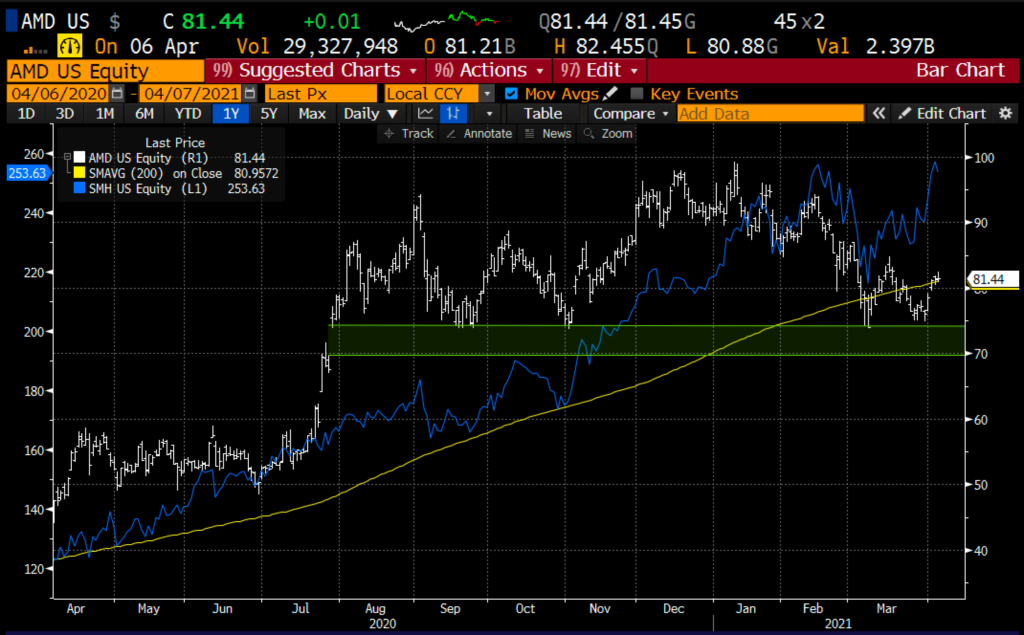 Rationale: this trade idea risks 5% of the stock price. breaks even a little more than 6% from the current price, and has a max gain of 16.5% if the stock is up 22% in two and half months, just above its all-time high from January.

Trade Idea #2: Bearish DE – here is an example where a stock may fully reflect the optimism about the relating economy and uncertain path for infrastructure spending. The stock is up 40% this year, up 250% from its March 2020 lows, and up 50% from its 200-day moving average. DE trades 24x this year’s expected earnings which seems reasonable as eps is expected to grow 45% on 20% sales growth. These are both expected to moderate to about 10% in 2022.

The chart in 2021 looks nearly parabolic, but with the company having already raised full-year guidance on the year back in mid-Feb, the next update might disappoint very high expectations. A pullback towards the 1yr uptrend near $325 seems like a reasonable downside target into their earnings event expected March 21st. 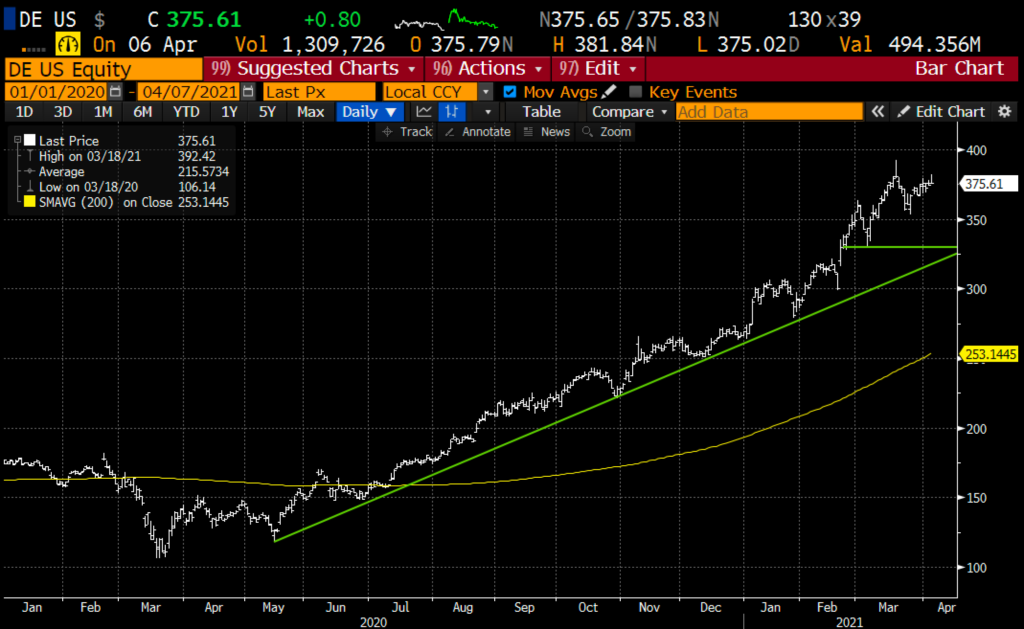 Rationale: this trade idea risks less than 3% of the stock price, has a break-even down of 4% with a max potential gain of 10% if the stock is down 16%.

Lookback: On March 10th I detailed a bearish bet on energy stocks via the XLE