Macro: As we head into quarter-end it makes sense to review where we are in the markets and how we got here so far. The push-pull has been vaccinations vs continued mitigation attempts with the virus have been the cause of most of the excitement and fear, not to mention a similar push-pull between stimulus /infrastructure spending and the associated costs. Investors in the bond market have looked past the mitigation and costs and we have seen the sharpest rise in rates in a 3-month period in a very long time. Equity investors have been a tad more cautious, while they have rotated into sectors they think will benefit from the reopening of the global economy, they have been more cautious on high valuations so-called “winners” of the pandemic. This is most easily reflected in the outperformance of the S&P 500 and Russell 2000 up 5% & 10% respectively on the year vs the Nasdaq’s measly 1% gain, with two of its largest components AAPL & AMZN down 10% and 6% respectively. 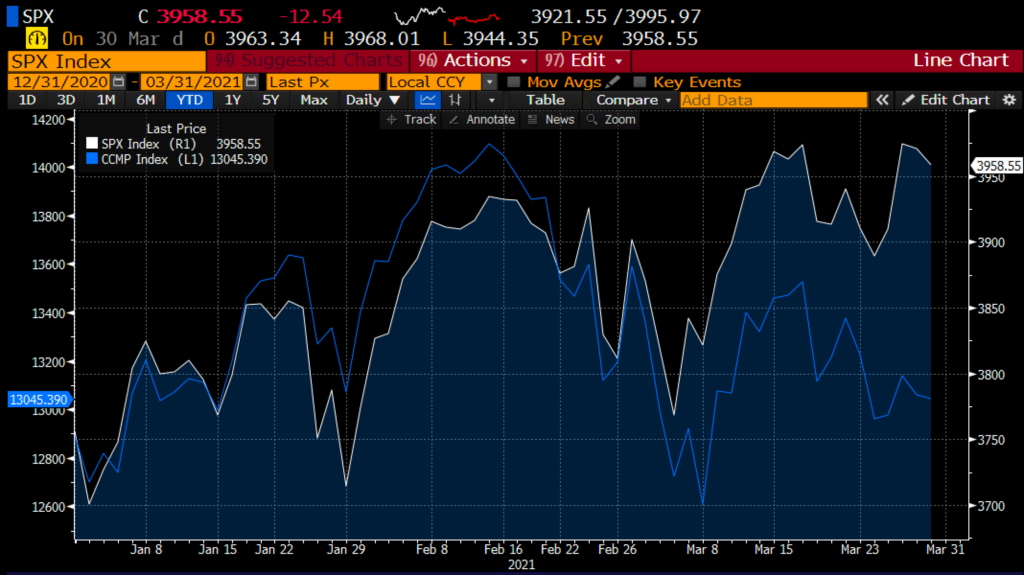 A study released this morning suggested that the PFE C19 vaccine is 100% effective in children ages 12-15. This will be the last piece of the puzzle to getting schools back open in the fall and thus allowing for businesses of all kinds to do the same.

Despite the company’s success over the last year, the stock has failed routinely just below $38: 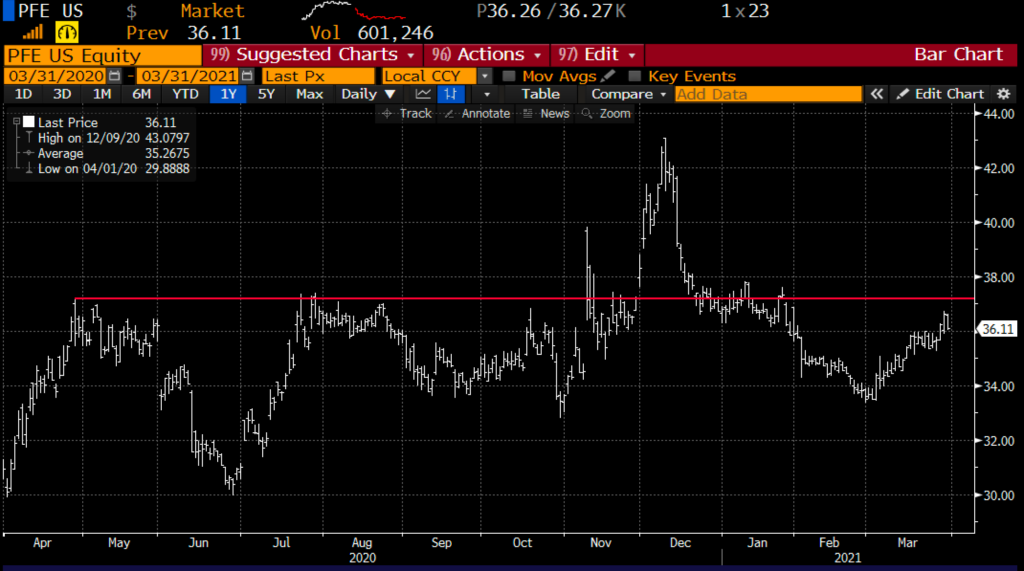 Trade Idea #2: Hedge Large tech holdings, AAPL down nearly 8% on the year, down 15% from its all-time highs made in late Jan. The chart is a mess, below the uptrend from its March 2020 lows, holding on for dear-life just above its 200-day moving average that it has not been below since March 2020. 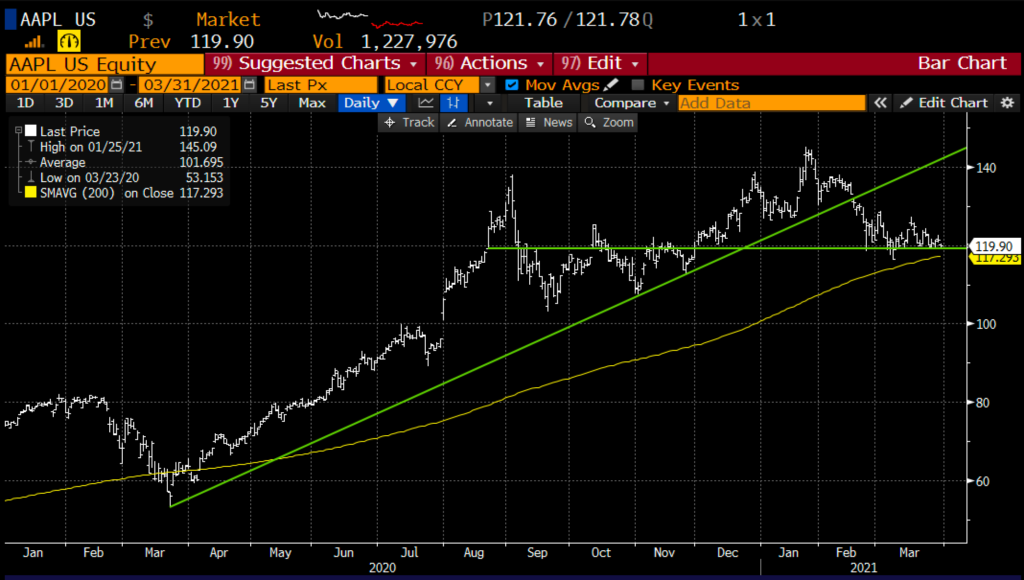 The next catalyst will be its earnings in the last week of April, collars for long holders make sense for those who do not want to sell, but want a low-cost way to define risk to the downside.

Profits of stock up to 140, called away at 140, but the long holder can always cover short call prior to expiration to keep long intact

Rationale: Over the last ten years AAPL has routinely had peak-to-trough declines of 30% plus, the stock is still up 120% from its March 2020 lows, this hedge allows for gains of 10% in the coming months, but stops losses down about 8% from current levels.

Lookback: On Feb 24th, I detailed a bullish trade idea in industrial stocks via the XLI etf: