Macro: Interest rates keep rising, despite the Fed’s insistence that they will keep them low until they reach full employment, which means they probably have about 10 million jobs to get to the pre-pandemic 60-year lows near 35%.

But bond investors don’t trust the Fed to nail the landing, they are selling U.S. treasuries, causing yields to rise fairly precipitously this year with the 10yr U.S. Yield at its one-year high this morning at 1.66%. Many strategists think we’re going straight to 2%. 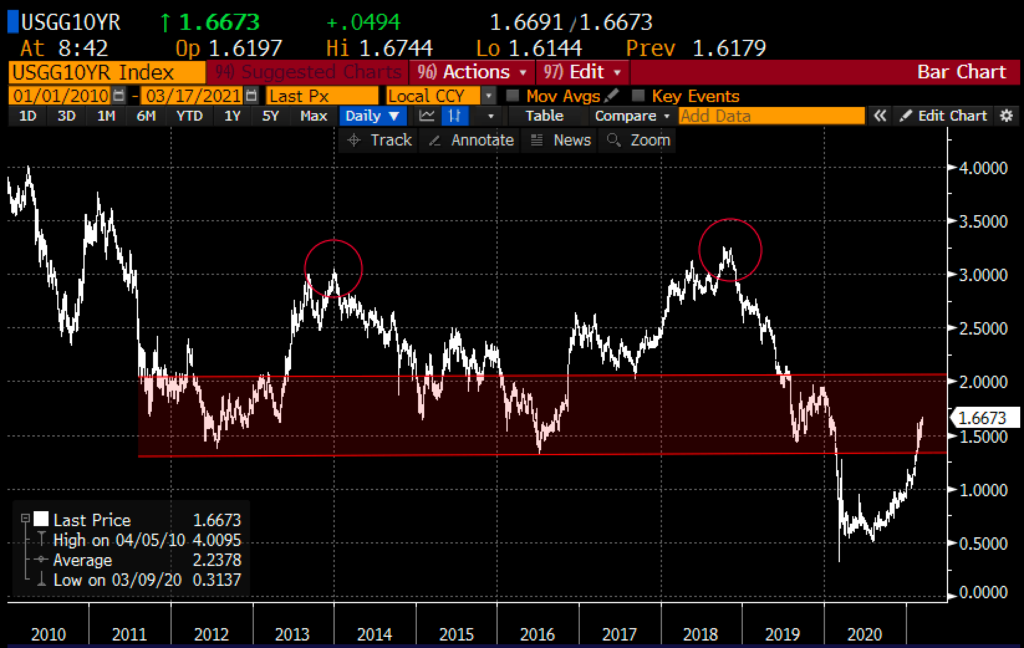 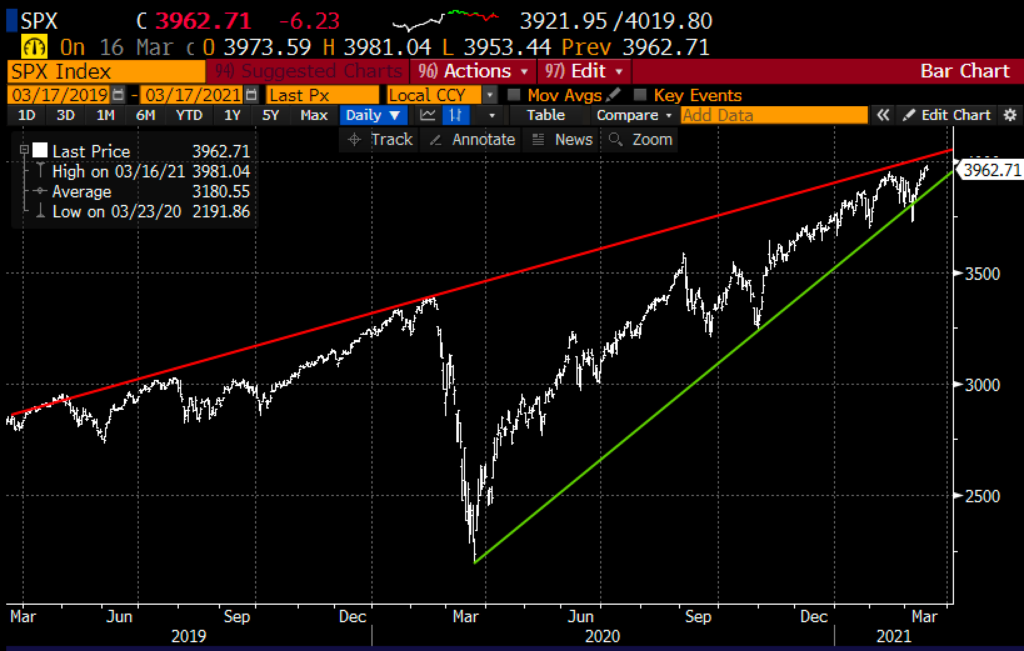 Might investors start to position for an eventual pullback as they rerate some high growth stocks that have done a lot of the heavy lifting in large caps, as the SPX rally appears at dizzying heights?

Trade Idea – Hedge Tesla (TSLA)…Collar… Fever Broke, competition is coming. I picked up my first EV last weekend, a Ford Mustang Mach-e Crossover SUV, and as the kids would say “It is fire emoji!”  Competition not just coming from Detroit, but China, Germany, Italy, Korea, and Japan.

The chart has very good support at $500, the intersection of the 1yr uptrend, the Nov breakout, and its 200-day moving average, but just as the stock overshot to the upside it has the potential to do so to the downside if the fundamental story is shifting. 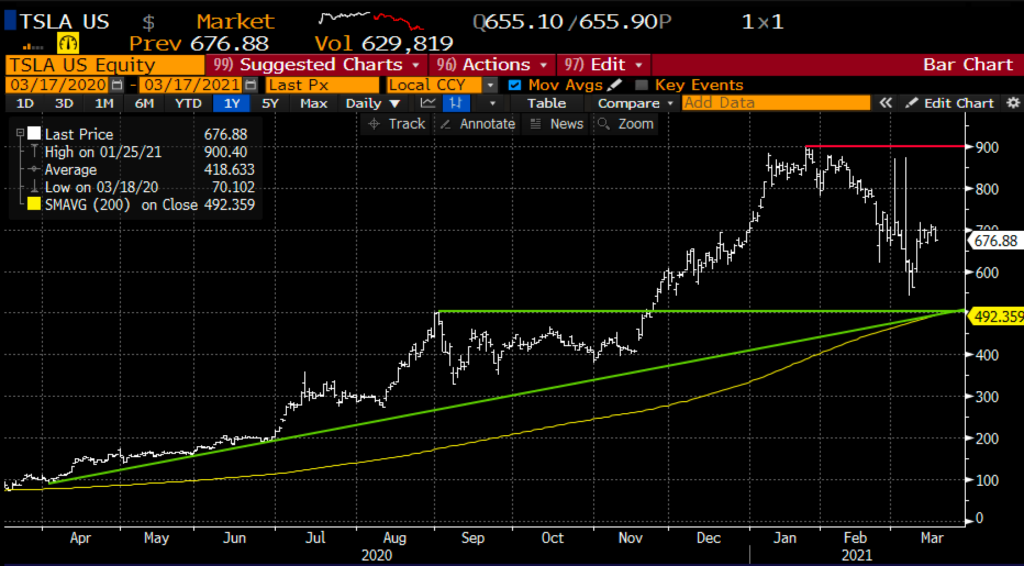 Losses of the stock down to $500 but protected below

Rationale: While TSLA is down 25% from its recent all-time highs, it is still up 750% from its 52-week lows… the Nov breakout to new highs following the S&P 500 addition announcement might be the line in the sand for some who bought it last year.

One of the first trade ideas of the year on ITM was BULLISH FORD when the stock was below $9 – it was about a re-rating based on their EV ambitions. 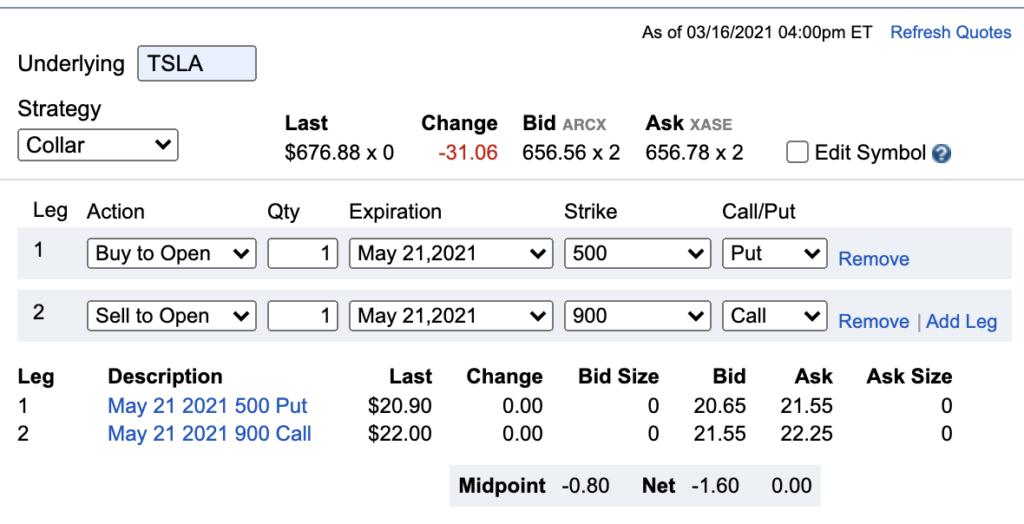 Now with just a few days to expiration, it makes sense to manage this trade as it trading very near the long strike, but underwater. If the stock were to close here on Friday, the trade would expire worthless. Cut losses soon if you think the recent rally runs out of steam.

With the stock at $223, the call spread is worth about $3, it might make sense to take this gain with 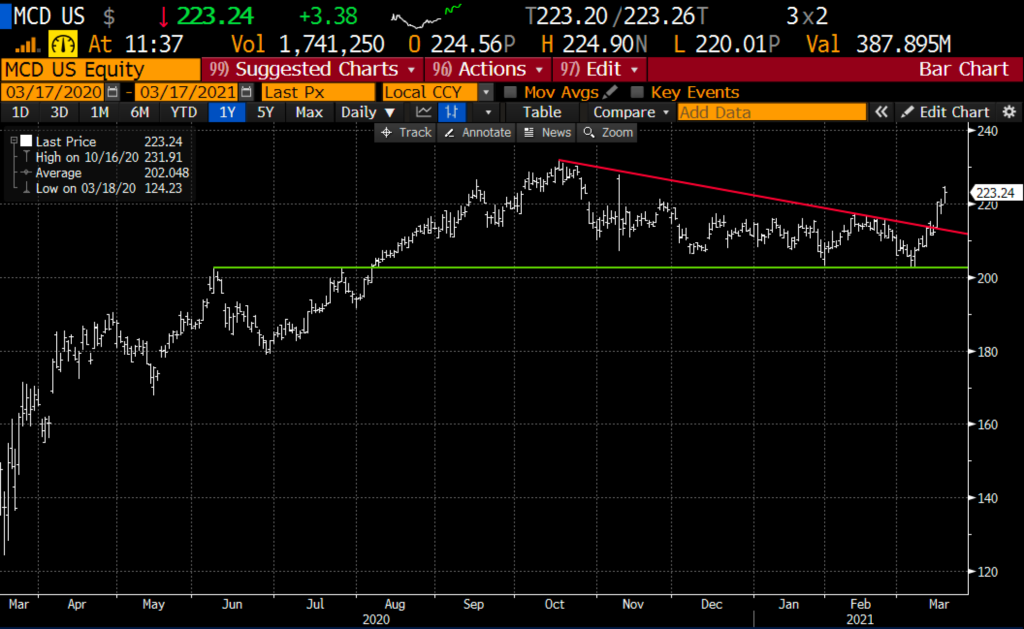 Lookback #2:  On Feb 24th, I detailed a bullish trade idea in industrial stocks via the XLI etf

Now with the etf above $96.75, this trade idea is worth about $2.90, or more than a double, it makes sense to take half off, locking in the original premium paid. Possibly take the trade as we got the breakout and maybe we see the etf settle back near support. 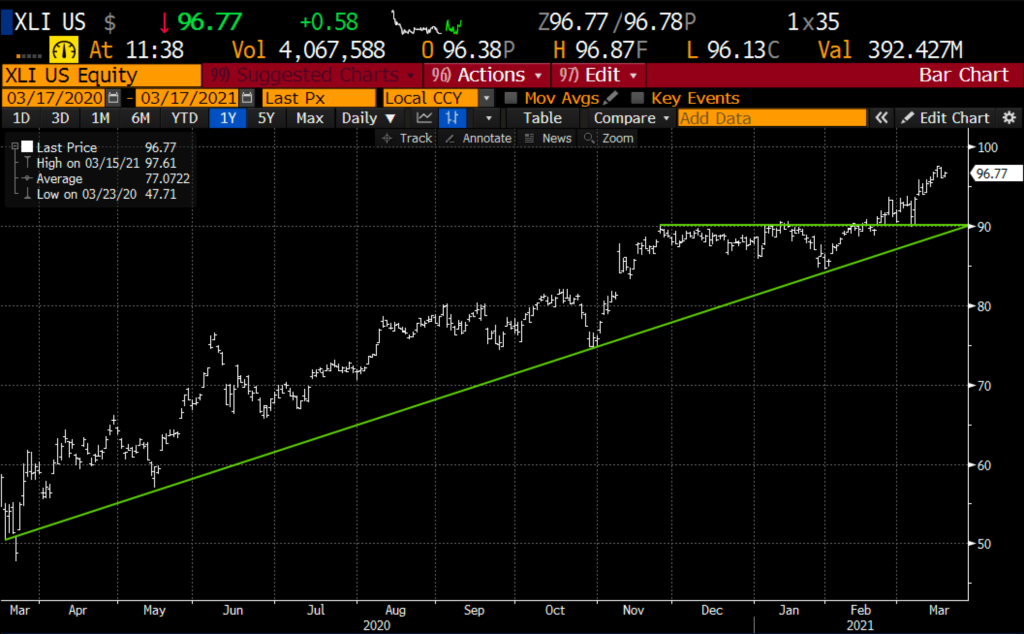