Yesterday just before noon, I filmed my weekly In The Money segment with Fidelity Investments. Click below to watch and see my notes below the video:

Macro: Interest rates are rising with increased confidence in vaccine rollout and further fiscal stimulus and possibly an infrastructure bill as bond investors are getting in front of what they perceive will be the Fed’s need to take their foot off of the pedal on easy monetary policy for fear of letting the economy run too hot. While traditional inflation gauges are not yet flashing warning signs, or at least the ones the Fed quotes, we are seeing sharp increases in commodity prices which companies who use as inputs will need to either pass through higher costs to customers are risk them weighing on profits. 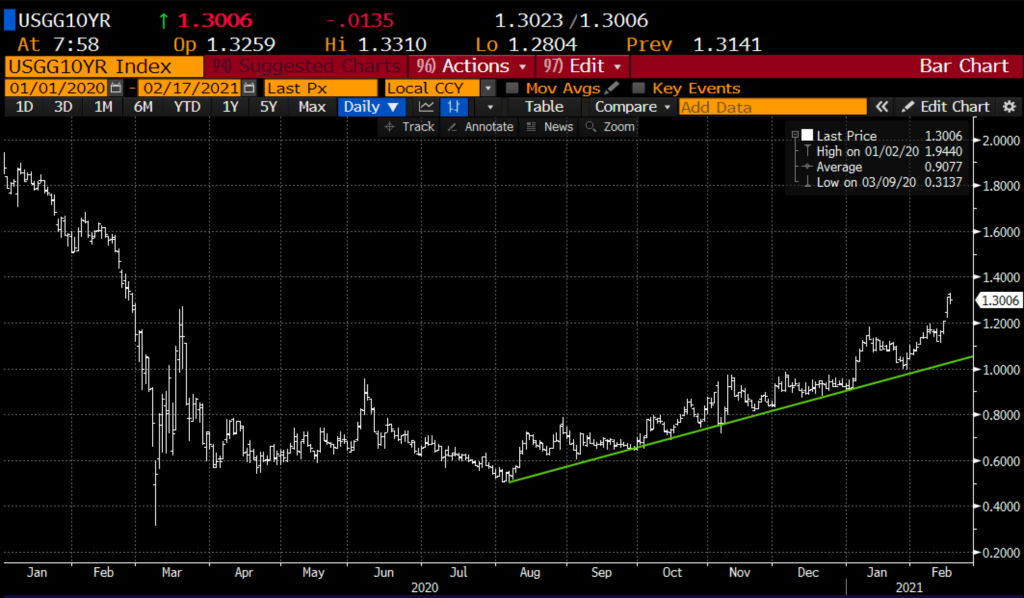 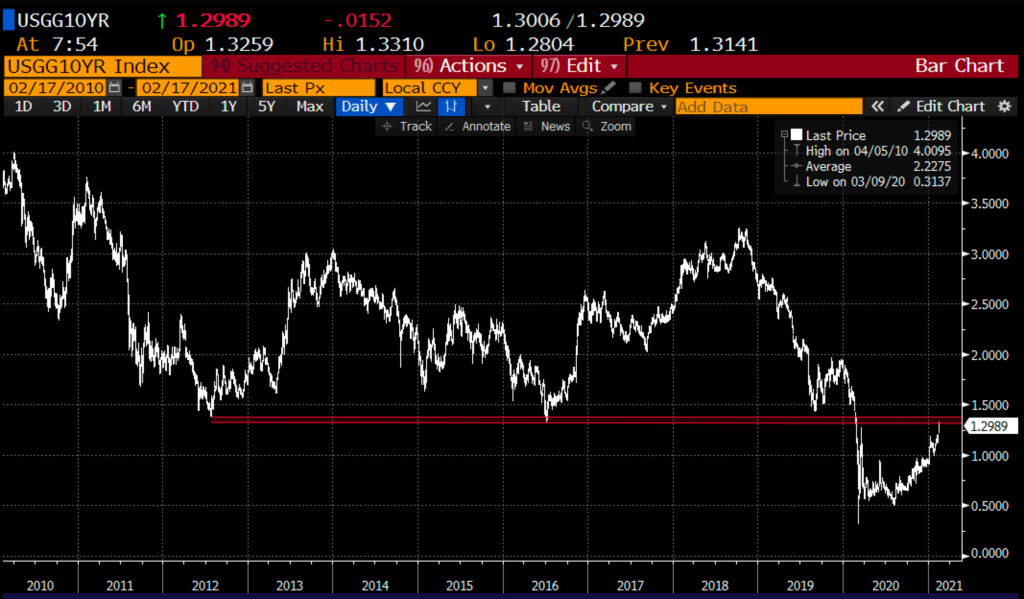 If yields go too far too fast it could cause equity investors to rethink valuations a bit, especially after such an epic run for stocks.

Trade Idea #1: MSFT has broken out to new highs, showing strong relative strength to AAPL and AMZN, both down about 8% from their highs. The stock chart appears to be defying gravity: 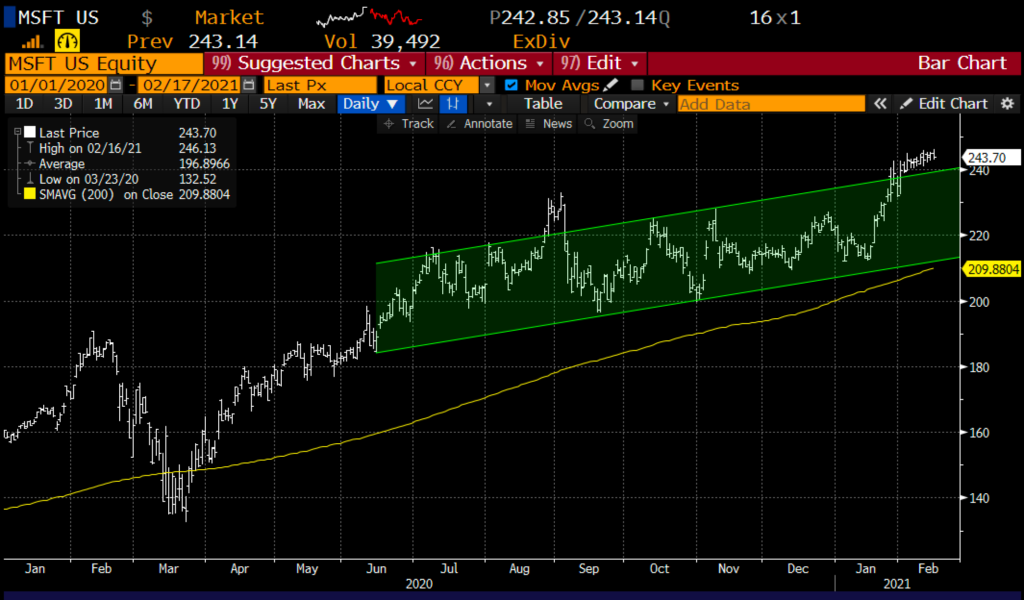 MSFT trades at 33x earnings which are expected to decelerate meaningfully from the mid-20s to low teens next year.  The chart could spell risk in market sell-pff back towards $210 near the low end of a 6-month uptrend and 200-day moving avg.

Profits of the stock up to 260, stock called away at 260 (long holder could always buy to cover short call on expiration or prior to ensure the long stock position stays intact), so gains of up to $17 or ~7% in two months.

Trade Idea #2: Short Homebuilders and related stocks… via XHB, S&P Homebuilders etf. Rising rates should slow down housing activity and the XHB chart is extended and if it were to test the recent uptrend, could retrace to its breakout level near $50: 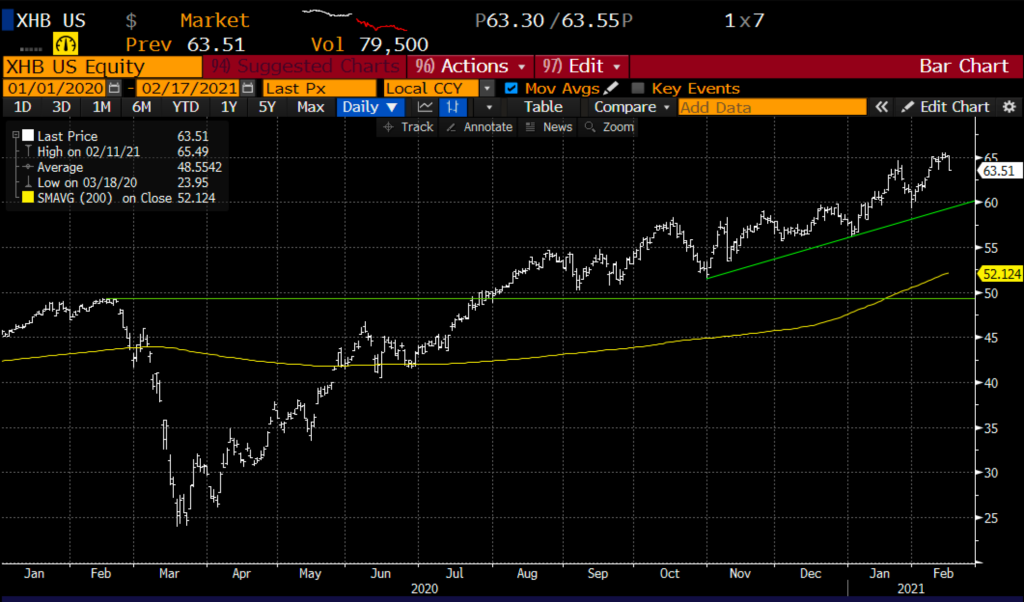 The stock is in nearly the same place, and earnings came and went, but the call has lost two-thirds of its value… look to cover when offered at 50 cents so. This chart of the price of the March 210 call shows the vol crush that happens in options after events like earnings. 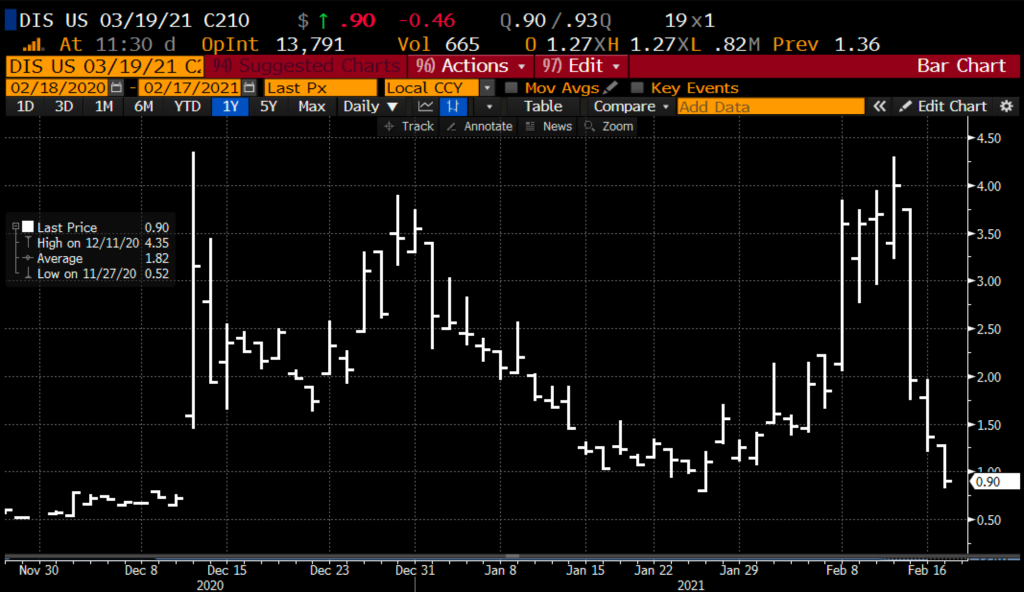