Macro: Earnings season is upon us… four times a year, take it to the bank, publicly-traded stocks have to report results for the prior three-month period. Equity options are the easiest way to get a glimpse into market expectations for the results and forward guidance by looking at the “implied one-day earnings move”. If that move is high on an absolute basis and relative to the stock’s past one-day performance post results than one can assume that expectations are high

For instance, CAT reports its Q4 results this Friday before the open, the stock is trading at $185, take the at the money straddle (the call premium + the put premium) and divide that by the strike price, and you get the implied movement, in this case, $9 or about 5%. On average over the last four quarters, CAT has moved only about 2.25% the day after earnings…

This is a good little back of the envelope exercise for figuring out implied earnings moves.

Last week saw a surge into mega-cap tech again, which I think many investors view as defensive positioning given these companies’ monopolies and balance sheets.

MSFT reported a blowout quarter last night, stock only up a little at an all-time high, AAPL likely to do the same tonight, but who is the incremental buyer, and will investors start to price higher corporate taxes and regulation? 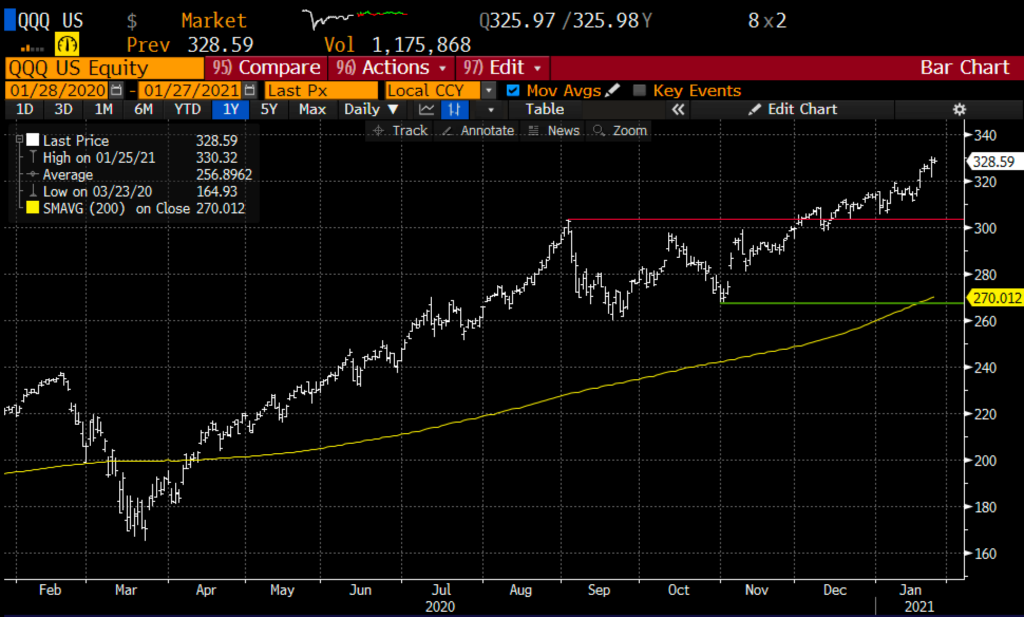 Rationale: this trade idea risks ~3% of the etf price, breaks-even down about 3%, and has a max gain of 12% if the XLI is down 12% in a little less than two months.

Technicals are ok until they are not…

$85 support going back to its Feb highs and the intersection of its uptrend from March lows. 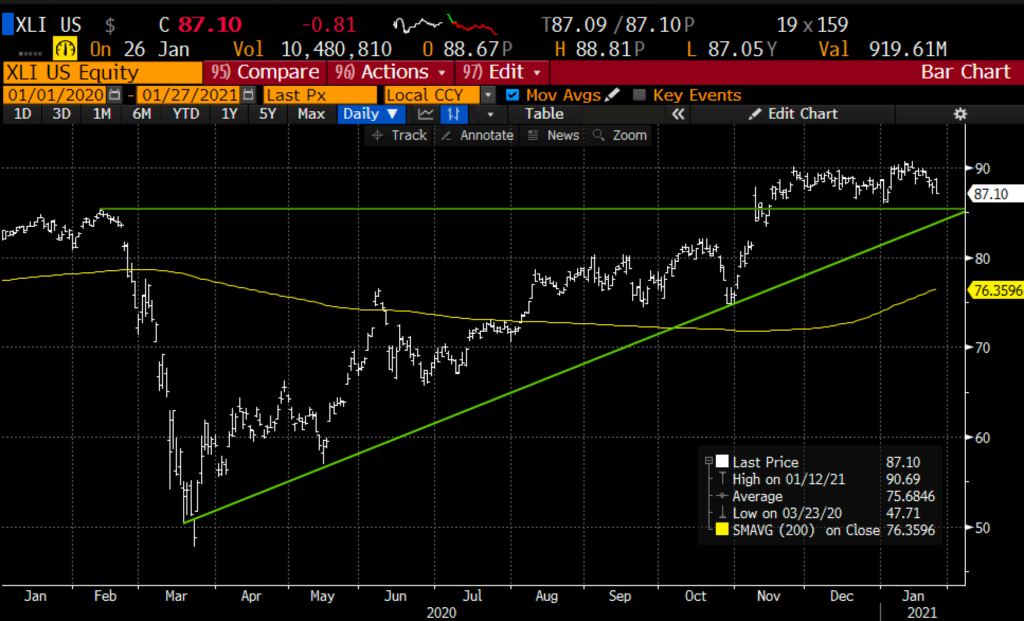 Lookback #1: On Dec 23 I detailed a bullish trade idea in the XLV the S&P Healthcare etf

Now with the XLV at &116, the risk reversal is worth about $2, the short put is offered at 30 cents and the long call is worth about $2.30… it makes sense to manage this trade…. first buy to cover the short put. that takes off any risk that is not defined… and second consider rolling the profit in the long call up and out… or merely taking the gain…