On a few occasions over the last month, I have suggested on CNBC’s Fast Money program that the MAGA-complex, (MSFT, AAPL, GOOGL & AMZN) were biding time for a breakout of the malaise they have all (but GOOGL) been in since correcting from their Sept 2nd highs, consolidating some of their massive year-to-date gains as investors rotated into some of the hardest-hit sectors by the pandemic, like small-caps, energy, banks, retail, and hospitality.

AAPL is up about 10% this month alone after breaking out of the triangle pattern that had been forming from the Sept highs, a series of lower highs and higher lows…now within 1% of the all-time high, approaching what might prove to be staunch technical resistance: 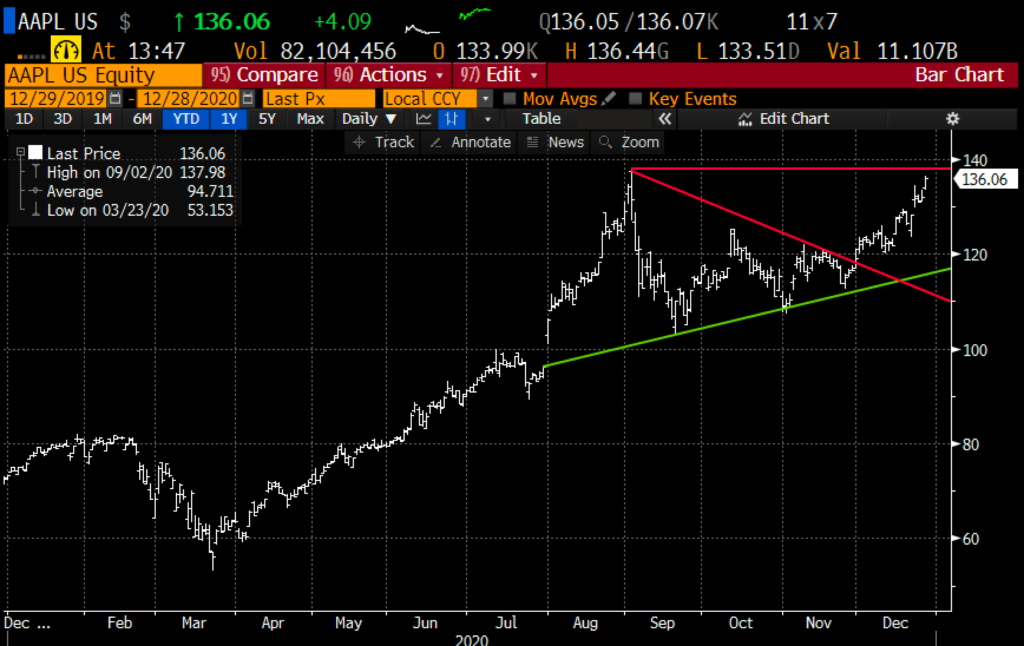 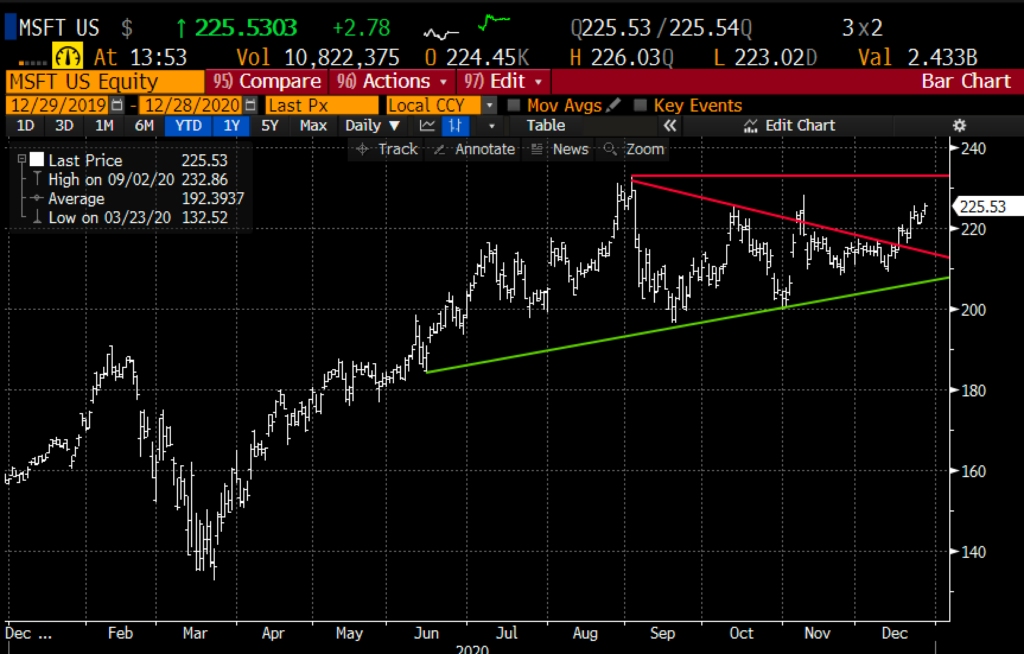 Back on Dec 2nd when MSFT was at $213, I detailed a bullish trade idea (read here) playing for a breakout above $220 and to new highs by Jan expiration. It appears poised, like AAPL, to at least test the prior high in the coming days.

GOOGL has been a bit of an outlier: since reporting better than expected Q3 results, the stock has been basing above its Sept 2nd high, and $1700 is important near-term technical support: 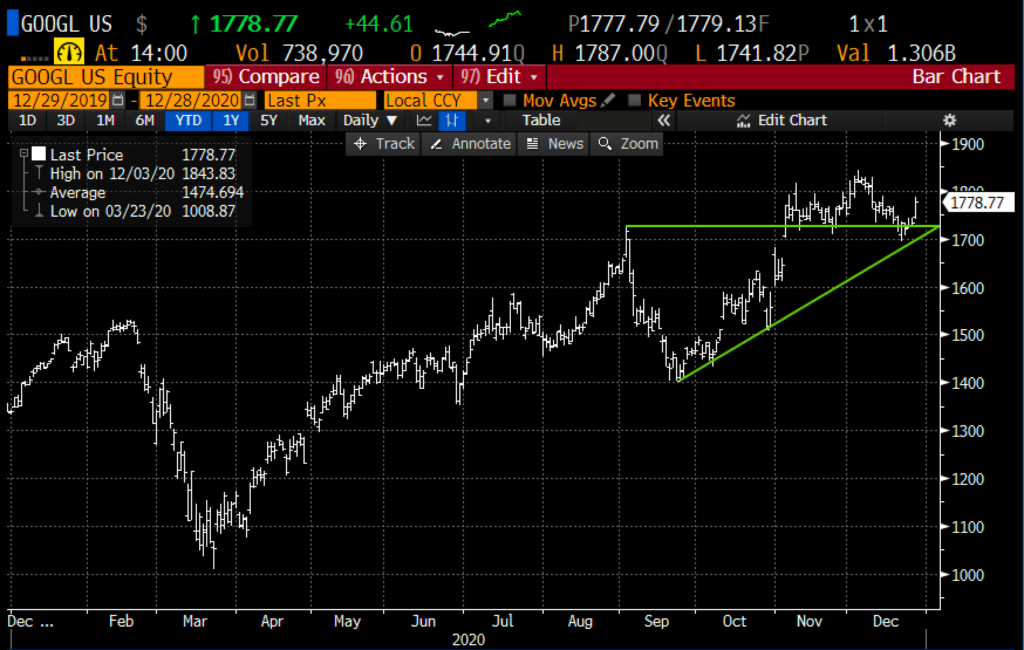 And lastly, AMZN, up 78% on the year, the furthest of this group from its Sept 2nd high, is down about 8%, despite its 3.66% gains today. The stock’s chart looks very similar to AAPL and MSFT. 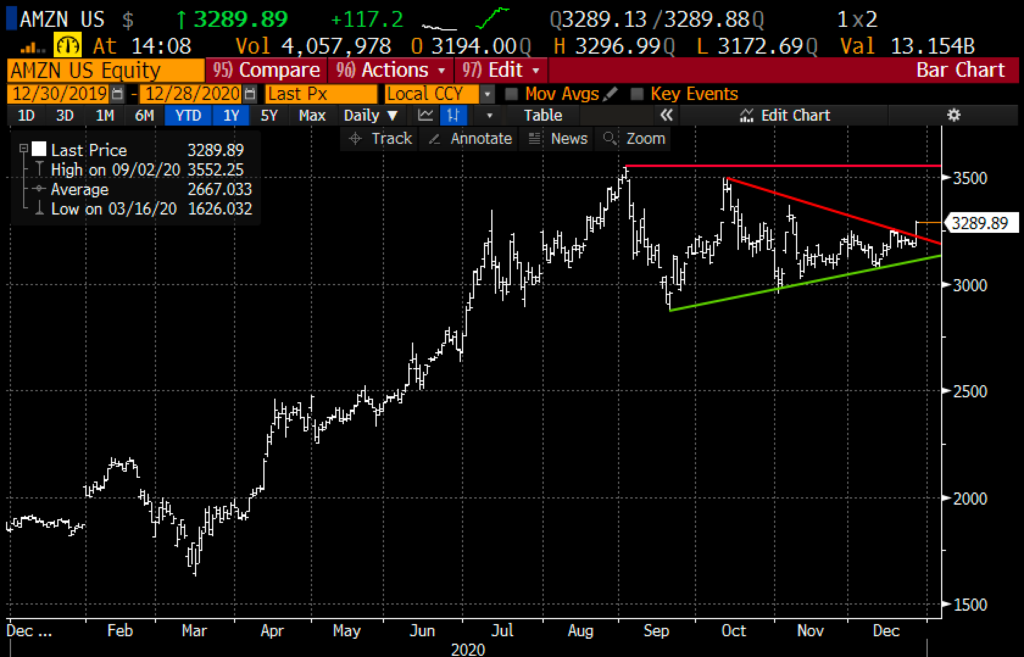 If I were inclined to play for a continuation of this breakout from the downtrend and a retest of the Sept high near $3550, I might consider a call spread in Jan 8th weekly expiration, for instance:

On the flip side, if you are long the MAGA complex, very happy with their gains ytd, don’t want to sell, and are worried about profit-taking early in the new year, not just in mega-cap tech, but high growth high valuation newly issued tech, then hedges with QQQ could make sense… remembering that MAGA makes up about 40% of the weight of the QQQ. 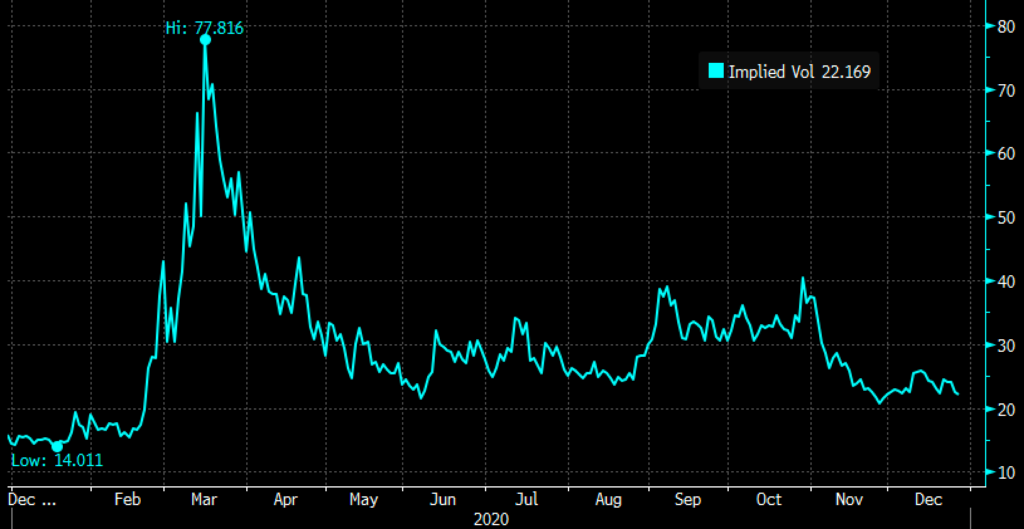 With the QQQ at $313, the Jan 22nd 313 straddle (the call premium + the put premium) would cost about $14, or about 4.5% of the etf price. That is the implied movement between now and Jan 22nd expiration. But for those looking to express an at the money directional view, the Jan 313 call or put would only cost $7, or about 2.25% of the etf price, making a hedge, or a levered long look fairly attractive in my opinion