Macro: Despite the Fiscal Aid plan announced this week, it might be too little too late as the benefits pale in comparison to what many citizens and small business got in the spring and the 4-month lag since many benefits have expired has taken its toll as millions of Americans remain out of work, may face eviction… consumer confidence is lagging, household balance sheets are depleted, jobless claims are rising and job gains are coming down hard… just as new lockdowns are going in place as c19 is raging.  BUT VACCINES, we hope availability, distribution, and acceptance are high. if not we could face a double-dip recession. I want to be optimistic that things will be near normal by summer but I fear that is PRICED in to markets here… an early 2021 scare in markets might be the best thing for bulls to shake out some weak hands… here are the levels in SPX to watch. 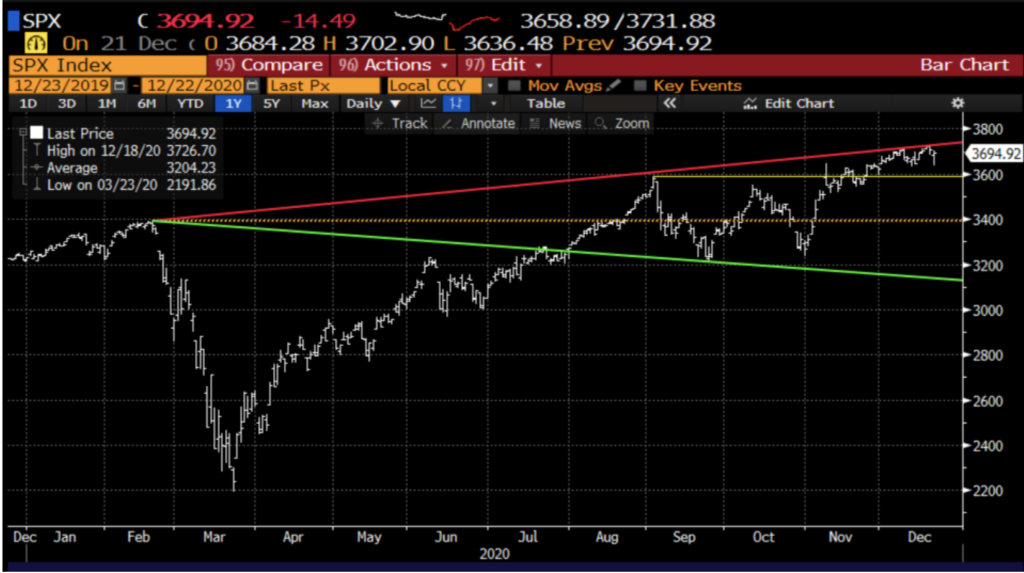 Stock is discounting a great holiday quarter and vaccine delivery. consumer confidence is waning despite the new fiscal stimulus bill, if Dems don’t win the two seats in GA runoff that might be it sadly for fiscal stimulus. jobs growth has slowed and claims have gone up. UPS will see a downshift in demand as lockdowns continue across the U.S> and then we slowly start to reopen in spring-summer when the population nears herd immunity. 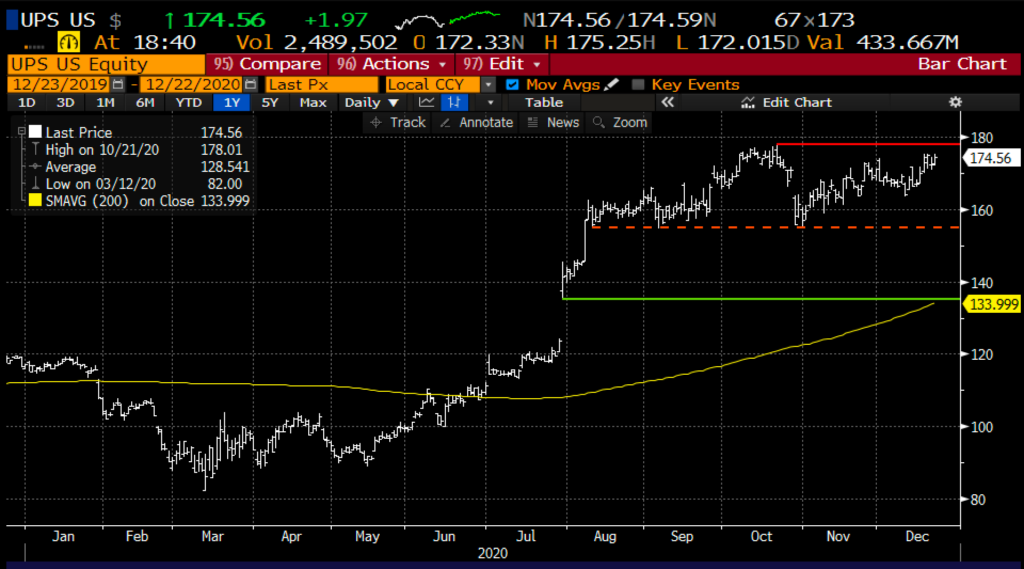 The stock has near-term support at $110, very health support down 10% at its Sept-Oct double bottom low. 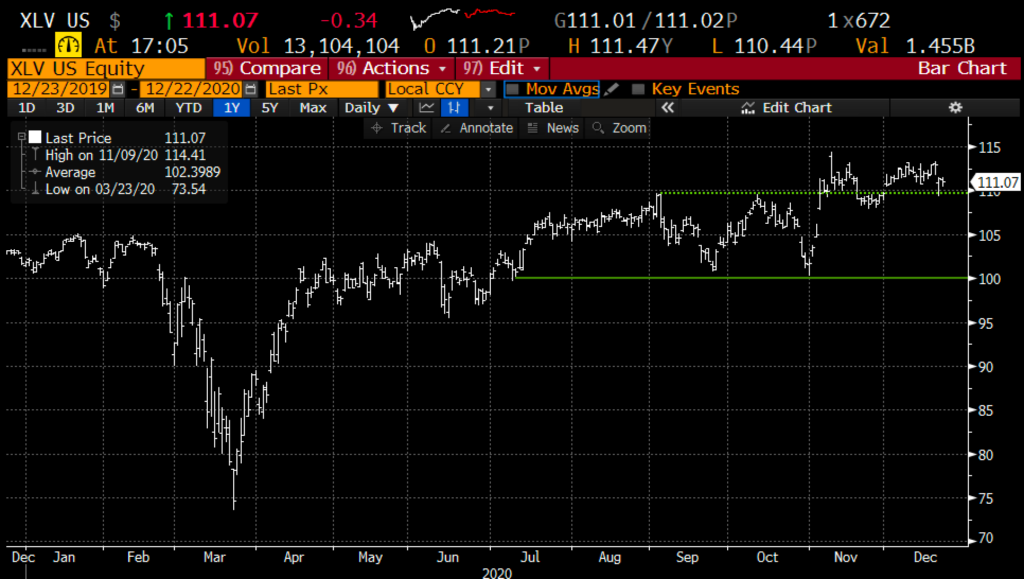 Traders might consider risk reversals, selling a downside put to finance the purchase of an upside call. Here is the kicker, selling a naked put means that if the stock is at or below that level on expiration, then you would be put 100 shares per 1 contract long and suffer losses below. But that is far more attractive than buying the etf at current levels and suffering losses the whole way down if you are wrong on the direction.

This position will show losses on a mark to market basis as the etf moves lower close to the short put strike and gains as it moves closer to the long call strike.

Lookback: Nearly 3 weeks ago on Dec 2nd, I detailed a bullish trade idea in MSFT, playing for a breakout to new highs…