Citizens are being inoculated, but businesses, schools, and municipalities are closing down. Markets are pricing a smooth vaccine and quick economic recovery at a time where job gains are slowing, consumer confidence and spending are waning, and aid is far in the rearview mirror.

The persistence of enthusiasm suggests the market is pricing in near-term fiscal stimulus. I suspect it is fairly unlikely there will be anything meaningful until Feb or March. Jan 5 GA runoff will quickly be the biggest market driver, if Dems were to win both seats, then investors need to start pricing in higher taxes and greater regulation…

Trade Idea #1: GLD has had a sustained pullback since making a new all-time early August. Treasury yields were testing all-time lows, with the 10-year treasury yield at 50 bps, now 90 bps. I suspect in the absence of further fiscal stimulus, U.S. yields go lower, at a time where 1 in 4 global sovereign bonds have a neg yield, equaling close to $20 trillion… Bitcoin has stolen some of Gold’s thunder in this environment, but I suspect they can both go up in this environment where economic growth has plateaued and monetary stimulus might be the only game in town, forcing rates lower. 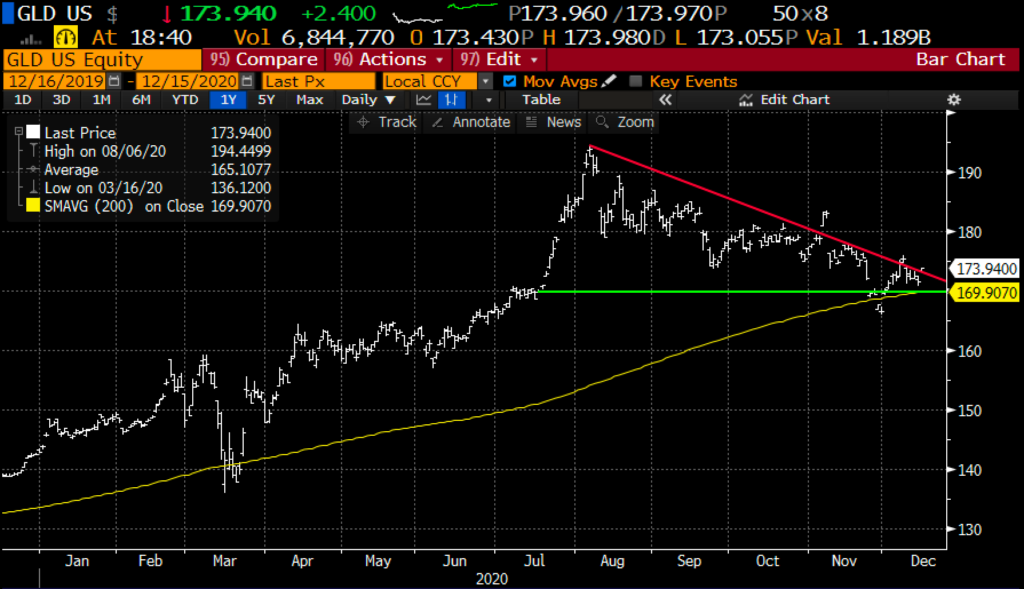 Rationale: this trade idea risks 2.3% of the stock price, breaks even up 3%, and has a max potential gain of 9% up 12% from current levels, targeting a retest over the next two months of the prior high from August.

Trade Idea #2: Bearish HD... housing trade slowing… work from home will come to an end in mid-2021…HD has NOT kept pace with the SPX, down 9% from its all-time highs in late August… technical set up looks bad, with key support at $260: 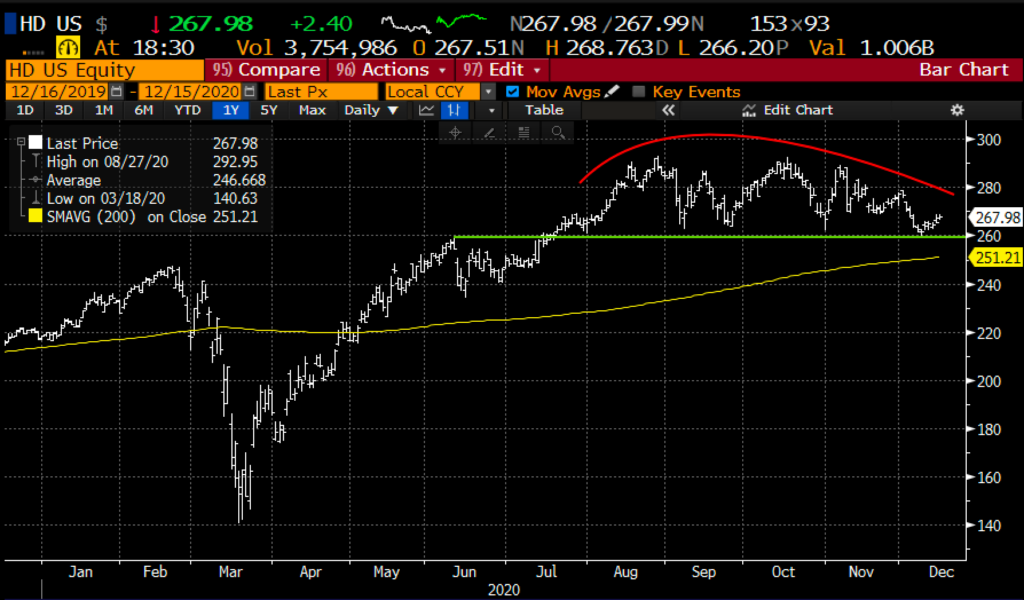 Look Back: last week I detailed a portfolio hedge in the SPY when it was trading $370, from Dec 9th: 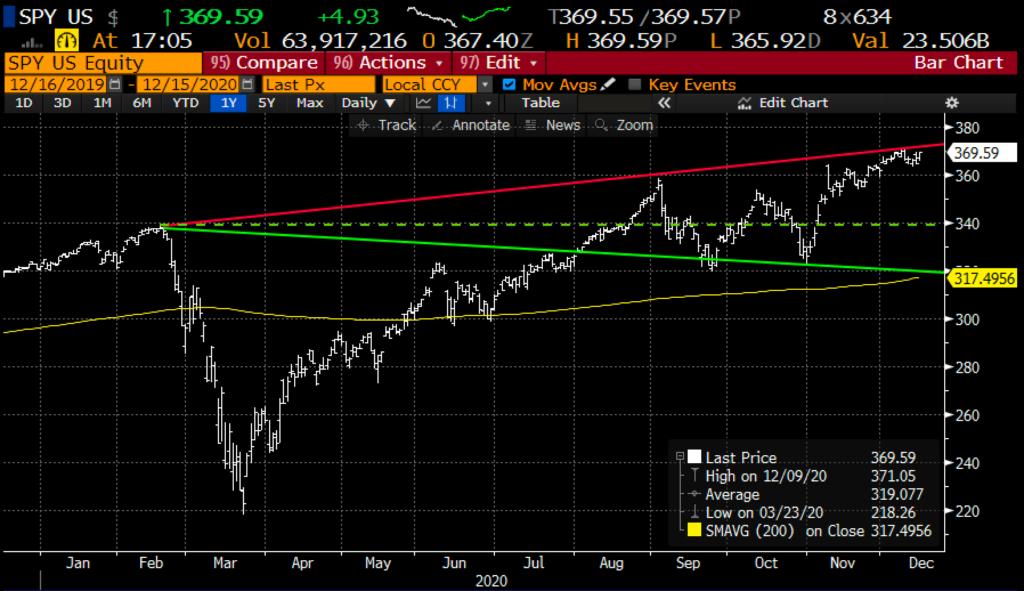