Nio the Chinese Electric Vehicle manufacturer will report its Q3 earnings today after the close. The options market is implying about an 18% one day move tomorrow, or about $8 in either direction, which is about inline with the one-day post-earnings move of the stock over the last eight quarters since going public.

Shares of NIO are up over 1000% on the year, up 2500% from its 52-week lows made a year ago with the stock sporting a $61.6 billion market capitalization, a tad higher than General Motors (GM) which will have nearly $120 billion in sales and $6.4 billion in net income vs NIO’s expected $2.2 billion in sales with losses of more than $800 billion.

The stock has been particularly volatile over the last week, specifically on Friday, with a 25% reversal from a then all-time high: 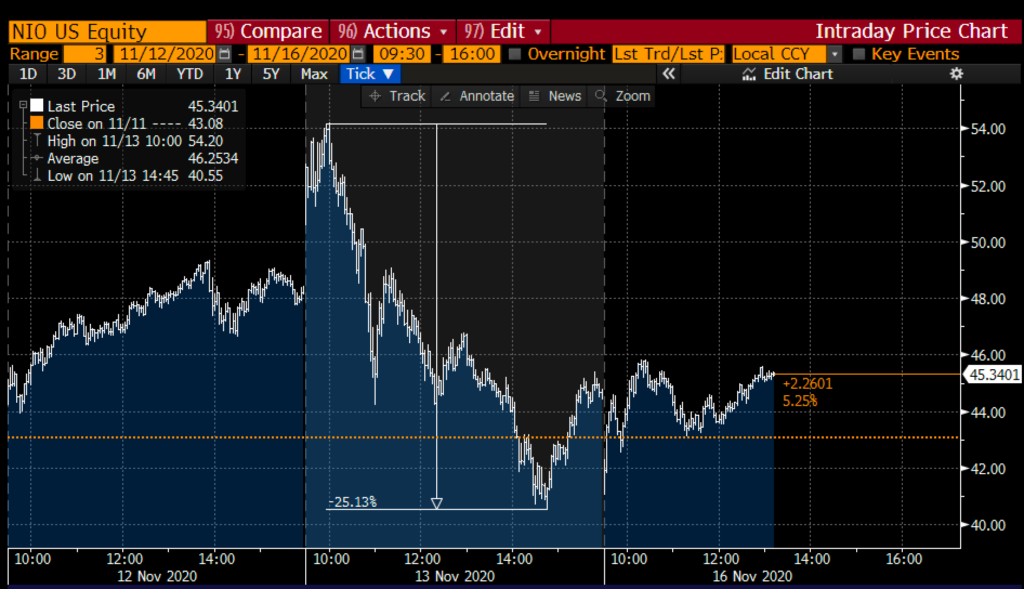 Infamous short-seller Citron Research issued a short report on the stock, suggesting a reversal to $25:

The stock today has stabilized and it would appear that shorts are tripping over each other to cover prior to tonight’s print.

The implied earnings move lines up pretty well with Friday’s high and the Nov 10th low: 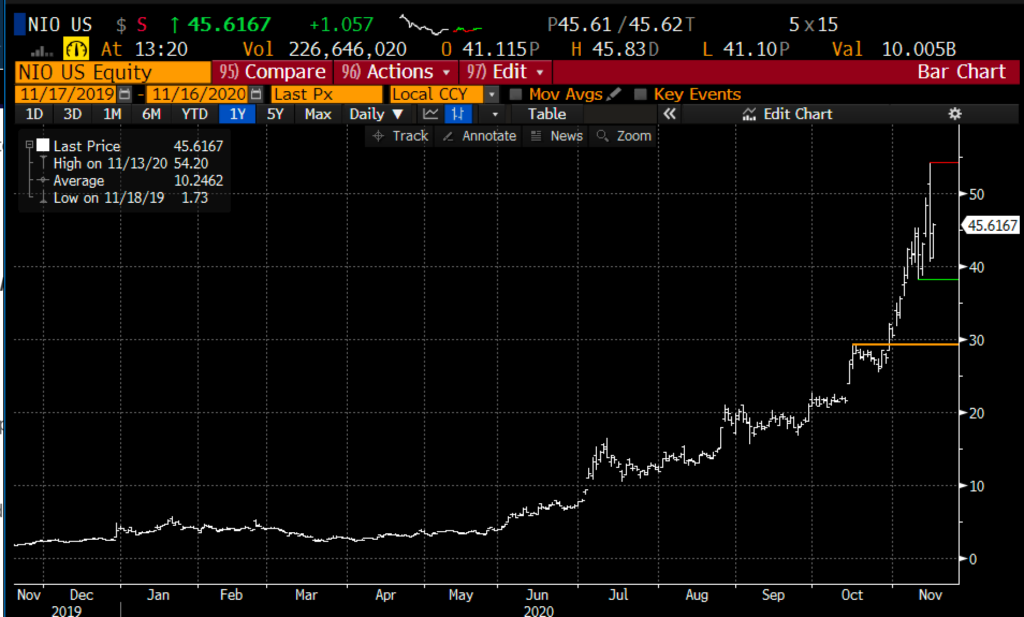 I could not buy this stock with my worst enemy’s money here… the parabolic move over the last few weeks is truly insane, especially for a stock that had periods of consolidation over the last few months before breakouts to new highs. This stock could pullback to $30 and it would not look abnormal. It is worth noting that the fever appears to have broken in shares of Tesla (TSLA) over the last couple of months, since its own parabolic run in August, possibly suggesting that valuations in the space have gotten a little ahead of the near-term opportunities, especially as competitors like GM are pushing forward in a big way with EV for 2021. 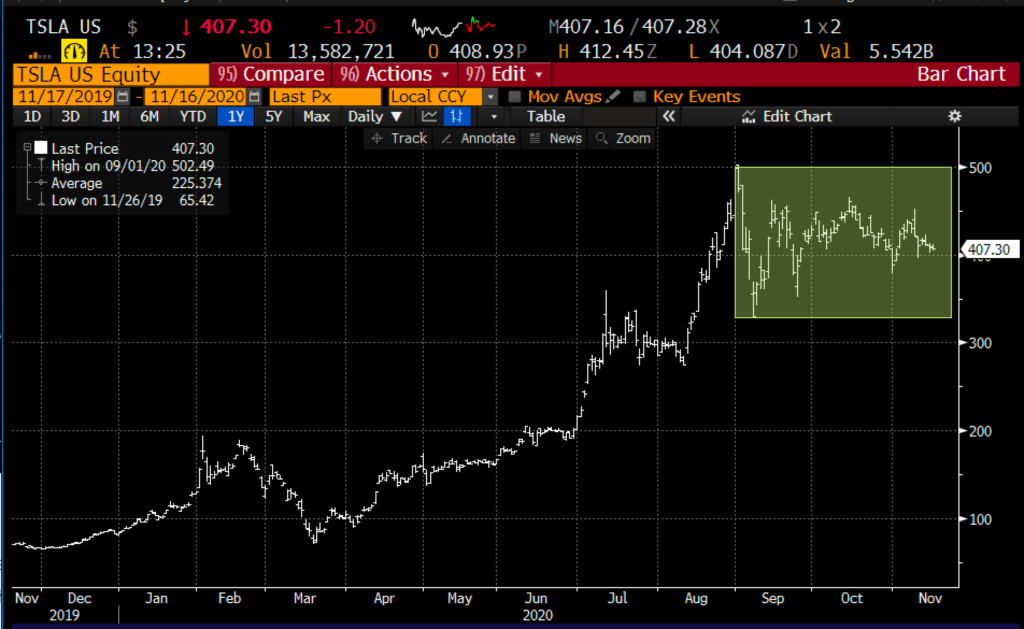 The conclusion of Citron’s report reads:

“Anyone buying NIO stock now is not buying a company or its prospects, rather you are buying 3 letters that move on a screen. The China electric phenomenon is a real movement BUT there are better ways to play it”.

Might this be the quarter that suggests decelerating growth, competition coming from every which way, and a need to bolster their balance sheet?

If I were inclined to play for a sharp move lower, I might consider the following put spread in Nov expiration:

That sounds like a lot, but remember the implied move is nearly 20% and the stock had a 25% reversal yesterday alone.

***This sort of trade idea is NOT my cup of tea, risking 3 to possibly make 2x that if the stock is down 22% in 4 days. not great odds, but I would much rather do this than short the stock into the print if I were convicted to play for a sharp pullback this week… MIght make sense to just buy near the money puts outright for those ride or die shorts who are risking what they are willing to lose.