Disney (DIS) will report its FQ4 earnings today after the close. The options market is implying about a 4.25% one day move tomorrow in either direction, which is slightly rich to its 3.75% average one-day move over the last four quarters, which was skewed by last quarter’s nearly 9% one day rise.

Shares of DIS are down 6% on the year, that despite the stock’s 15% gap Monday morning on Pfizer’s coronavirus vaccine news, but it has since come in a bit as the realization that wide availability of the drug will take months and consumer behavior like going to theme parks or movie will likely take longer than investors think.

Monday’s gap stopped nearly to the penny of 2020 high that was made on the first trading day of the year near $148 and now looks poised to sill in some of the gap: 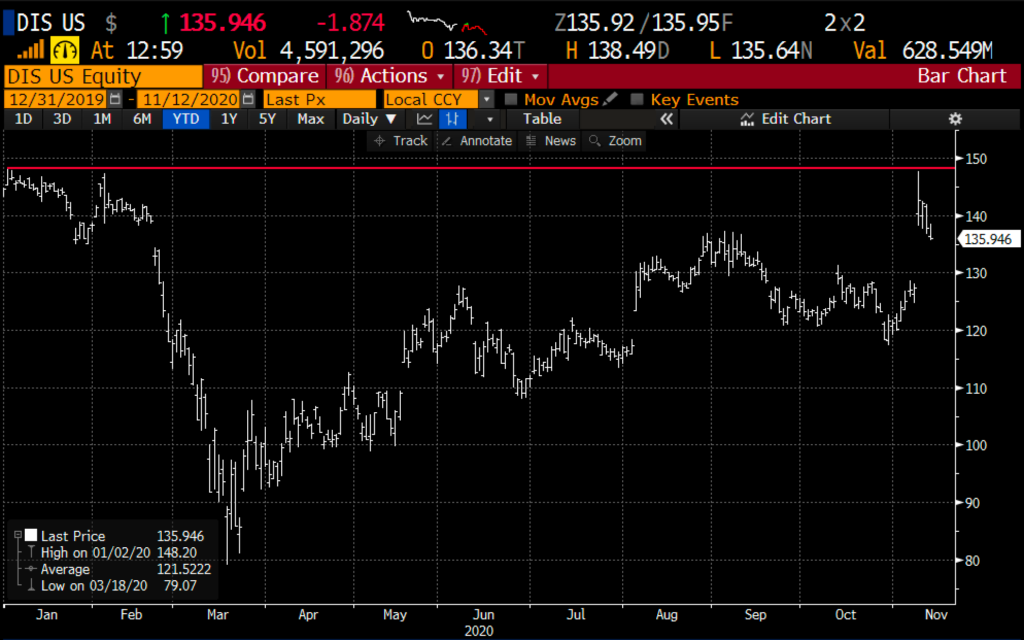 Monday’s rally certainly raises expectations into the print, here is consensus, per Barron’s:

Analysts expect Disney to report a loss of 90 cents per share in the latest quarter, or 73 cents after adjustments. That would compare with a $2.61 per-share loss in the previous quarter, and a 58-cent profit in the year-earlier period. Wall Street consensus is for $14.1 billion in revenue, down 26% year over year, and an adjusted earnings before interest, taxes, depreciation, and amortization, or Ebitda, loss of $424 million. That compares with a $4.4 billion adjusted Ebitda profit a year earlier.

Investors were happy to look past the dismal pandemic-era performance and toward Disney’s streaming future. Disney+ added millions more viewers in the quarter, to end the period at 60.5 million subscribers worldwide. The company’s streaming segment saw revenue rise 2% to about $4 billion, while its operating loss widened 26% to $706 million.

Which is how Credit Suisse’s Doug Michtelson, who rates the stock a Buy with a $146 twelvemonth price target also wants to focus on Disney+: 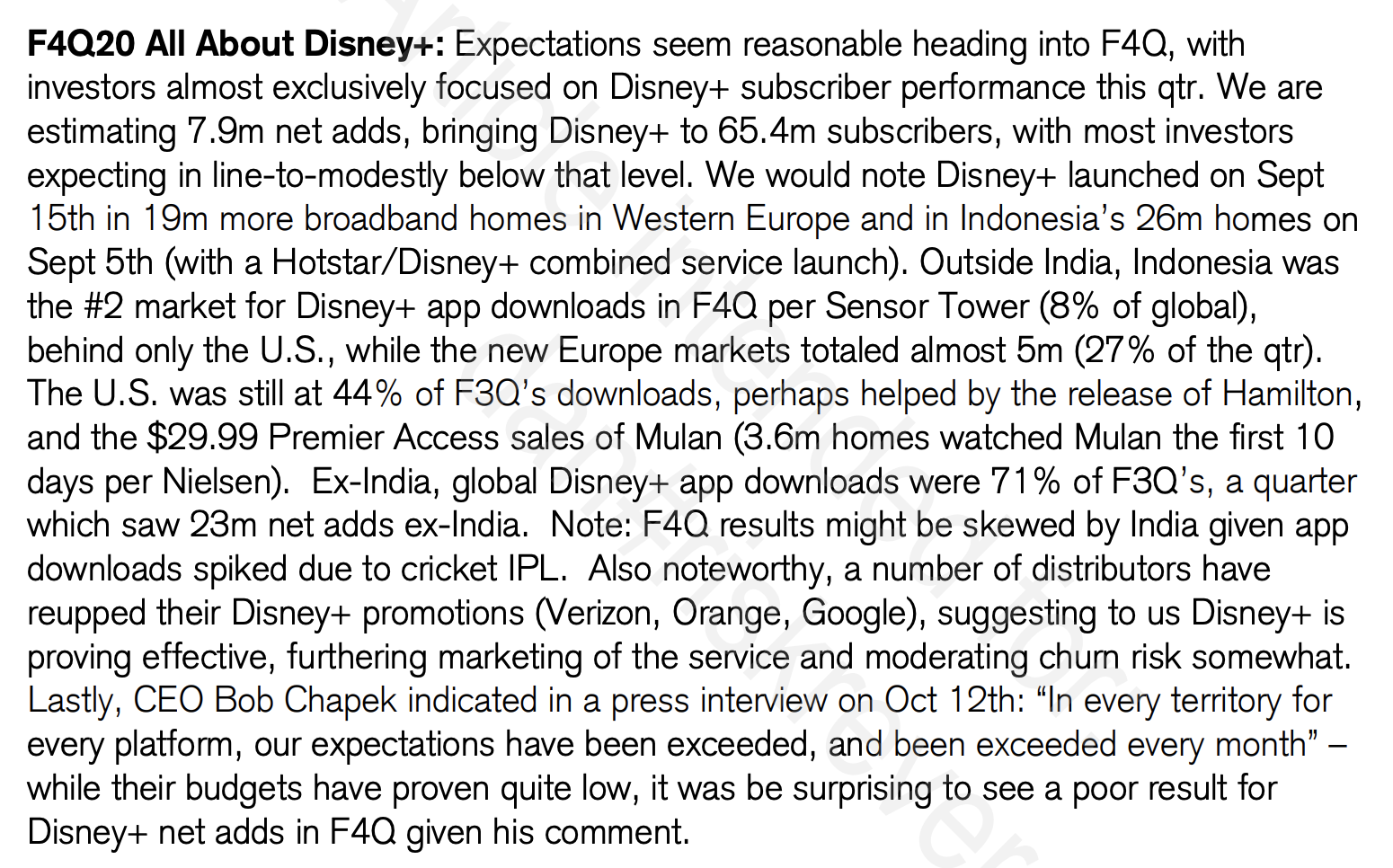 On Sept 30th I detailed a bullish trade strategy on shares of DIS on my In the Money show with Fidelity Investments and on RiskReversal.com:

Here was the trade idea when the stock was trading near $125, with the goal of playing for a late-year / early 2021 breakout above recent technical resistance:

With the stock just below $136, hours to earnings, just above the call strike it makes sense to adjust this position. This calendar that cost $2 when the stock was $125 can now be sold at $3.75 for a $1.25 gain. The implied move in the options market is about $5.75, a sharp move in either direction commensurate with that move would make this trade worth far less with 6 trading days until the short strike expires. I think it makes sense to roll this view up and out a little.

First by taking profits in the original trade:

Break-even on Dec expiration…
The ideal scenario is that the stock closes just below 140 on Dec expiration, then left owning Jan 140 call for $1.25 and allowing for a rally into and out of year-end.

The new trade risks the profit from the original trade and less than 1% of the stock price.