A little more than a month ago when it was rumored that AMD would Buy Xilinx (XLNX) I detailed a bullish near-term strategy to play for a move back towards its all-time highs near $140, from Oct 9th:

If I thought there was limited near-term downside in the stock given the high likelihood that where there is smoke there is fire, and maybe another bidder then I might consider a risk reversal, selling a near-dated downside put and using the proceeds to buy a longer-dated upside call, and looking to do for a low premium outlay.

Well, a deal was announced a couple of weeks later, an all-stock $35 billion deal, and XLNX is now in the mid $130s….Let’s check in on how this trade idea is working out. 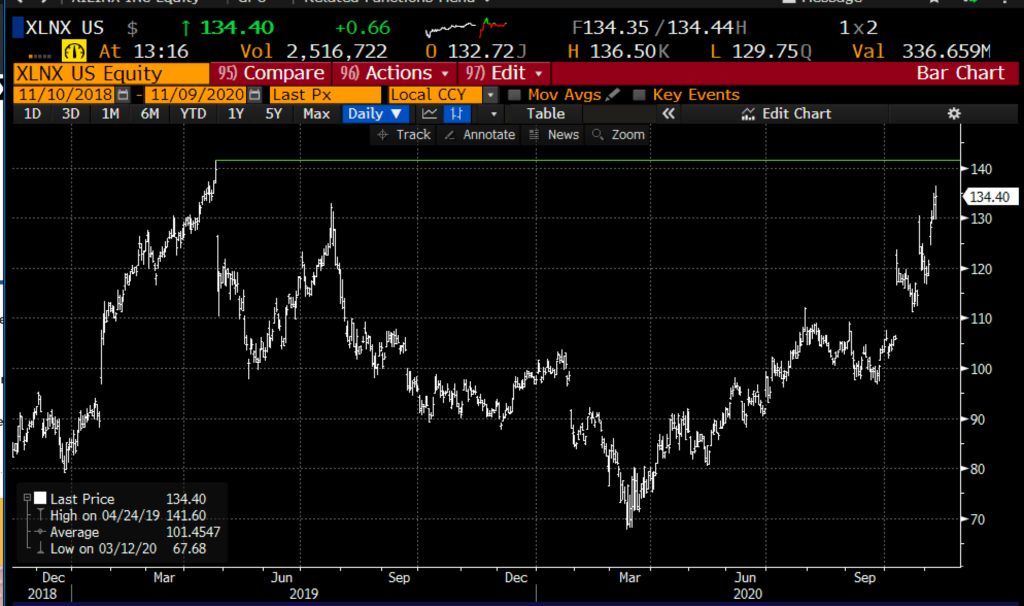 IN an all-cash deal XLNX will trade with the acquirer, AMD on a ratio, as AMD goes up so will XLNX, as it goes down, it does down, on the ratio.

Shares of AMD are up 85% on the year, and down 9% from its recent all-time highs made in early Sept 2nd: 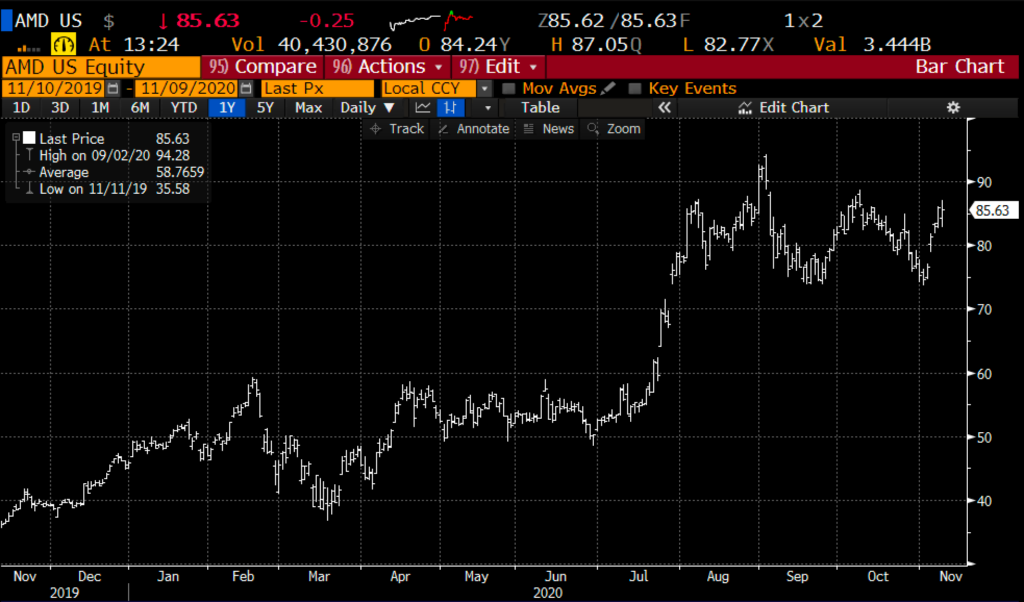 So let’s look at this trade idea, with the stock at $134 and less than 9 trading days to expiration it makes sense to consider our options.

The Nov 105 put that could have been sold at $2.75 on Oct 9th is now offered at 10 cents, that put should be covered thus reducing any risk of a break of the deal and the stock plummeting.

If this trade was closed now it would result in a $6.40 profit.

If you thought the stock would continue to rise then you might consider selling an upside call, and buying to cover the downside put thus leaving a vertical call spread in Nov. For instance, with the stock at $134, you could sell the Nov 140 call at $1.60 and buy to cover the Nov 105 put for 10 cents. Now you would be long the Nov 140 – 150 call spread that can be worth $10 max, the width of the spread, but by selling the call you have already locked in a good part of the potential gain.