Shares of Ford (F) are up 28% in the last month as earnings estimates have been inching up for the balance of 2020 and the potential for upward revisions for 2021. The current consensus is calling for an eps loss of 56 cents in this year and an 82 cent gain next.

Sentiment towards the stock by the Wall Street analyst community is downright horrible with only 4 Buy ratings, 13 Holds and 2 Sells with an average 12-month price target of $8, below where the stock is currently trading.

Earlier in the month, Benchmark’s Mike Ward upgraded the stock from Hold to Buy citing the following reasons, per Barron’s:

He believes the company’s third-quarter earnings can propel shares in the short run and serve as a catalyst for the stock going into 2021. “Better than expected North American production, a positive shift in mix, and improving metrics in the auto credit markets, in our view, are the primary drivers for better than expected earnings performance in the third quarter,” Ward wrote in a Monday research report.

Ford’s (ticker: F) production of its new F-150 pickup truck was better than he expected in September and truck inventories remain low following pandemic-induced production shutdowns. “By our estimates, inventory will end the year about 100,000 units below target, proving a tailwind for earnings into the second half of 2021.” Ford’s flagship truck is an important product for the company, consistently ranking as one of the top-selling vehicles in American and driving above average per-unit profits for the auto maker.

Dealers’ inventories are lower than average, a consequence of car makers shutting plants earlier in the year to stop the spread of Covid-19. That provides a boost for manufacturers, who sell cars to dealerships, and not to consumers.

This week the stock broke out above its February breakdown level which bulls might argue could serve as important technical support if able to hold and build a new base: 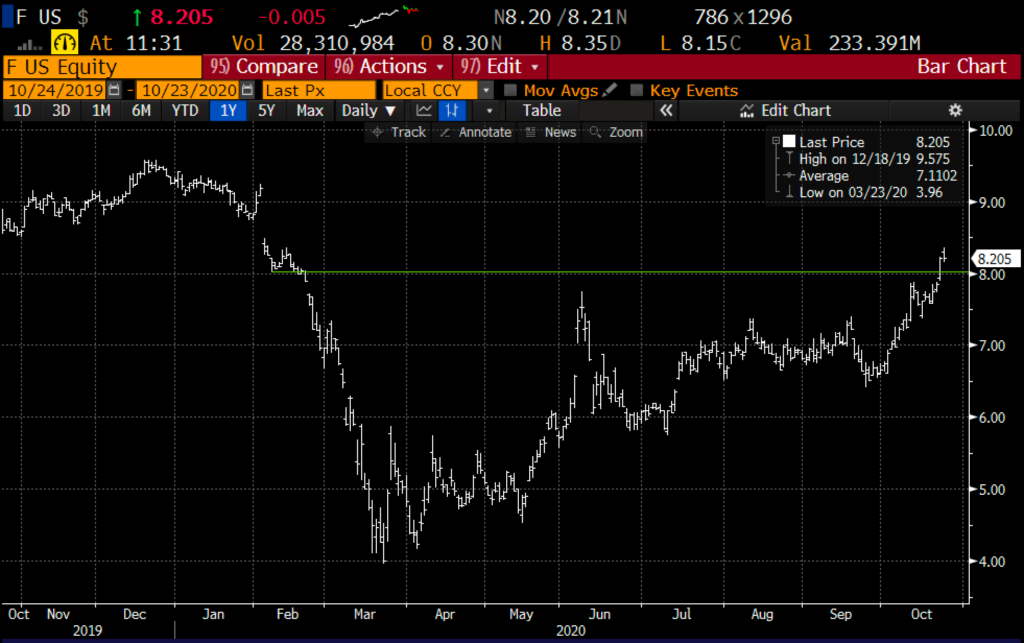 Zooming out a bit the ten-year chart tells a very different story, a very well defined seven-year downtrend, with the stock’s recent bounce placing it right below massive technical resistance: 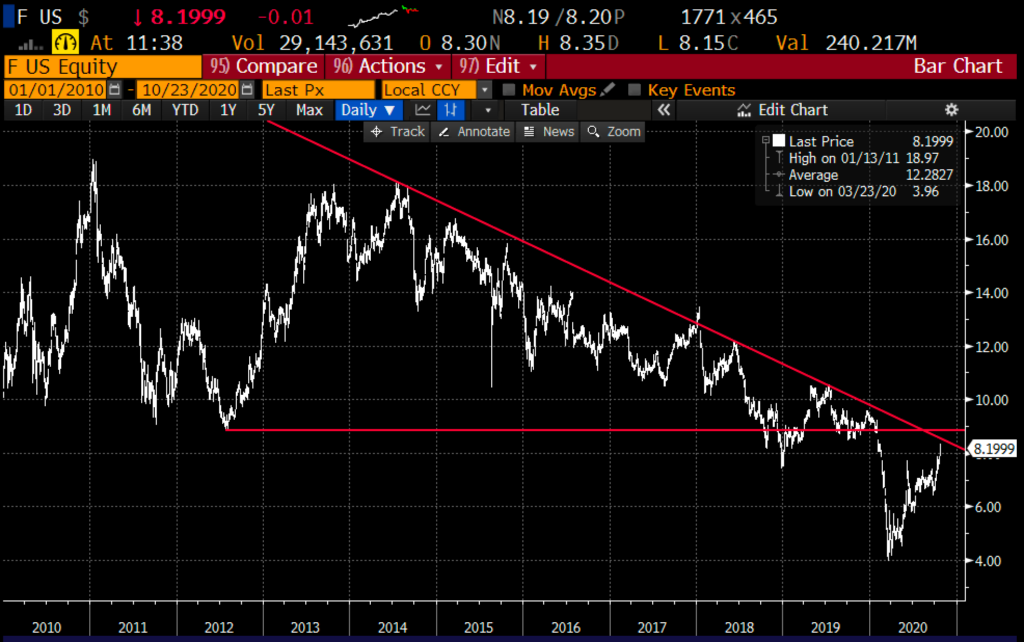 Ford will report its Q3 earnings on Wednesday, Oct 28th after the close, the options market is implying about a 5% move in either direction over the next week, which basically inline with the average one-day post-earnings move over the last four quarters.

The stock came to my attention today because I got a reminder from Ford about my pre-order for a Ford Mustang Mach-e, their foray into EV’s leveraging off of one of their most valuable brands in the emerging auto-tech trend. This car looks super cool to me:

Its also worth mentioning that Tesla (TSLA) after reporting better than expected results that showed very solid deliveries and profitability is down 6% on the week, and down about 10% from its post-earnings post-market gap. Today’s weakness places it below its 50-day moving average and very near the uptrend from its early August low that resulted in a near parabolic 80% rally in a month: 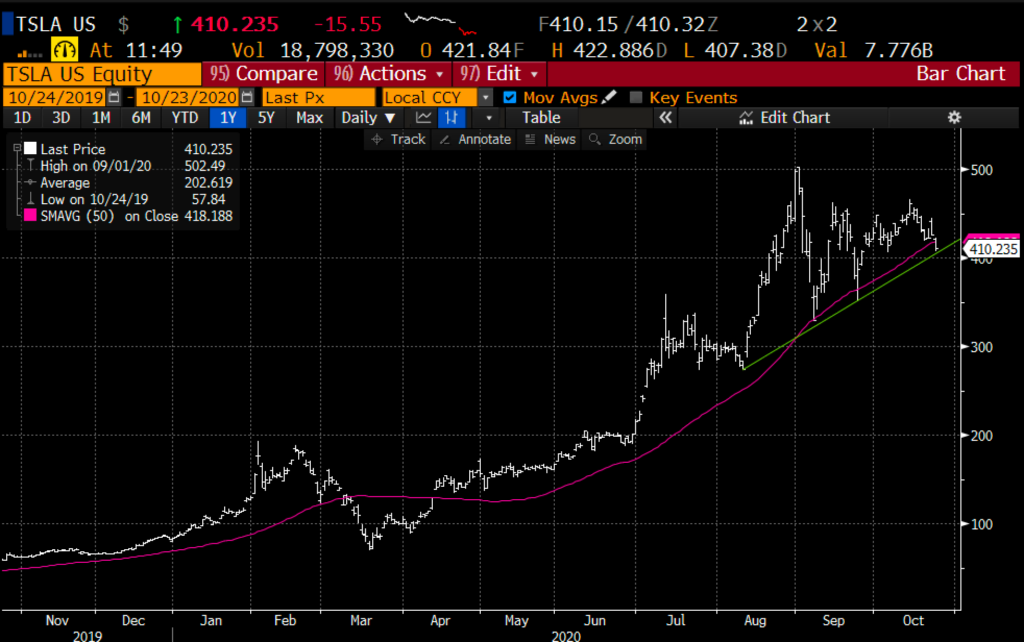