This morning shortly after the open I recorded my weekly In The Money segment with Fidelity Investments. Watch by clicking below: 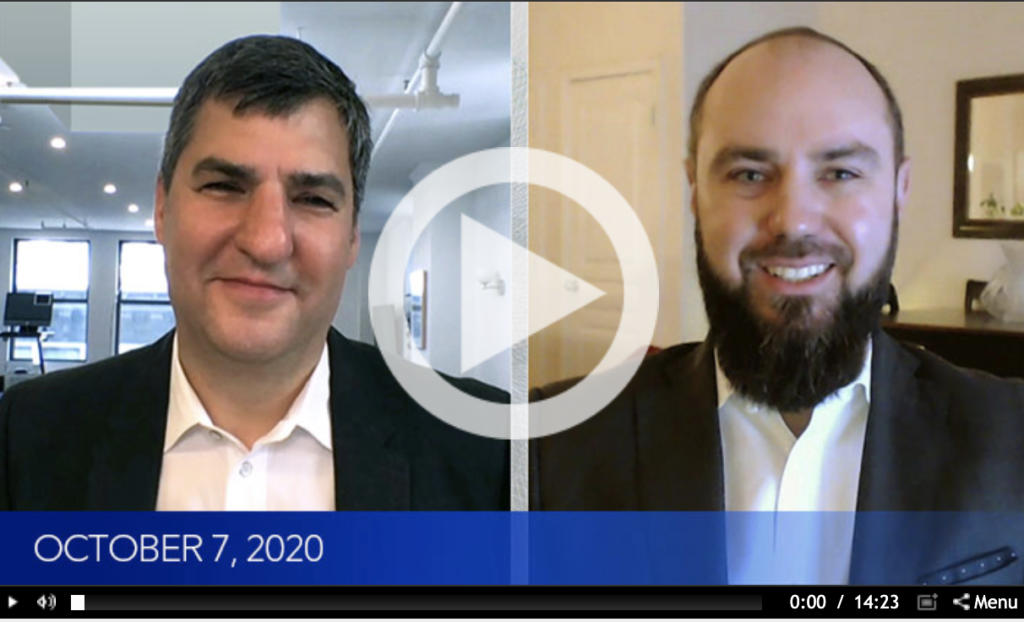 Here are my notes on the S&P 500 (SPX) and the expectations for fiscal stimulus: 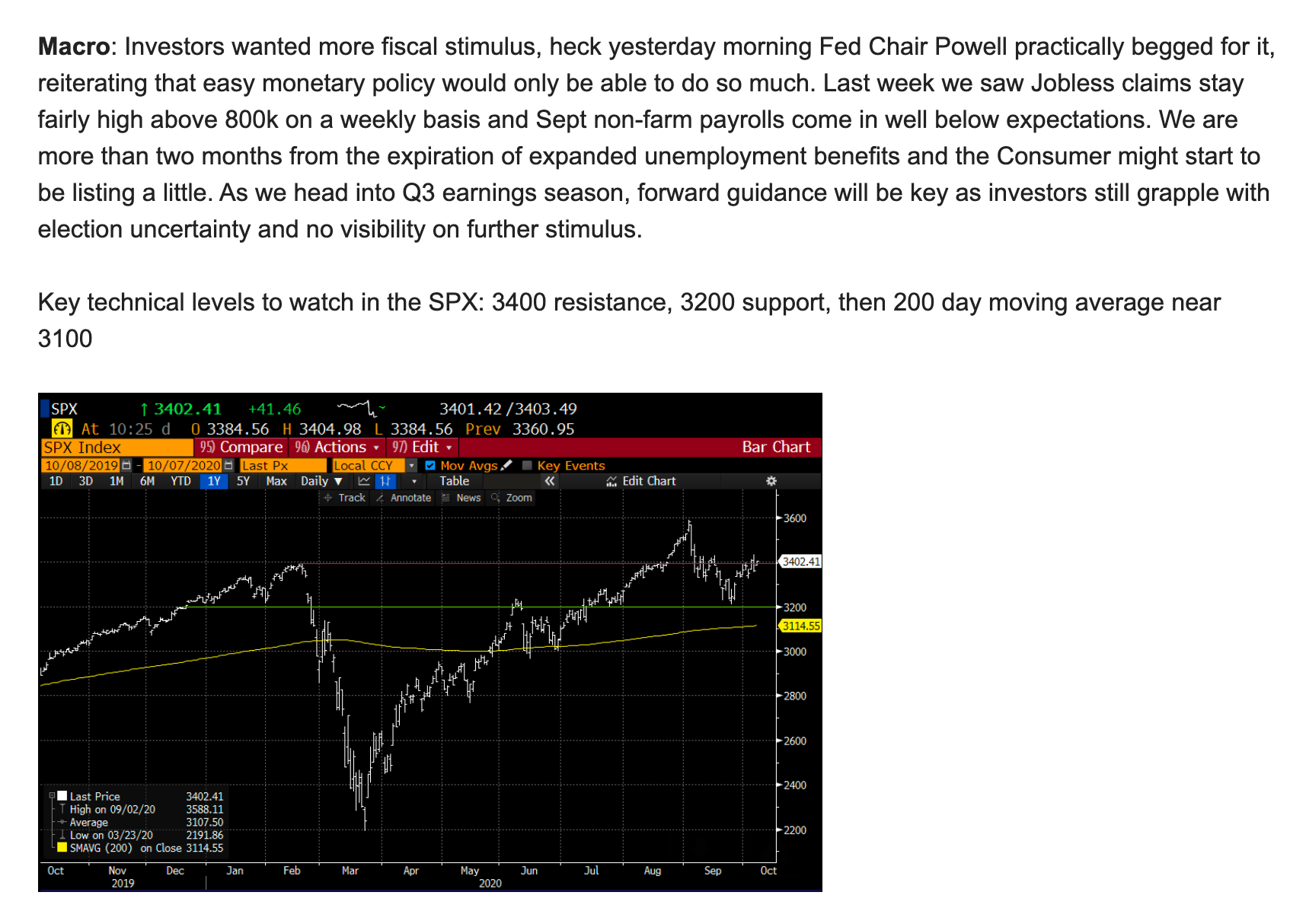 The first trade idea I detailed was a near-dated put purchase in the IWM, the etf that tracks the Russell 2000 as it is my view that a failed fiscal stimulus effort this week or next would hit small-cap stocks hardest, especially with the IWM struggling at long-term technical resistance in and around $160: 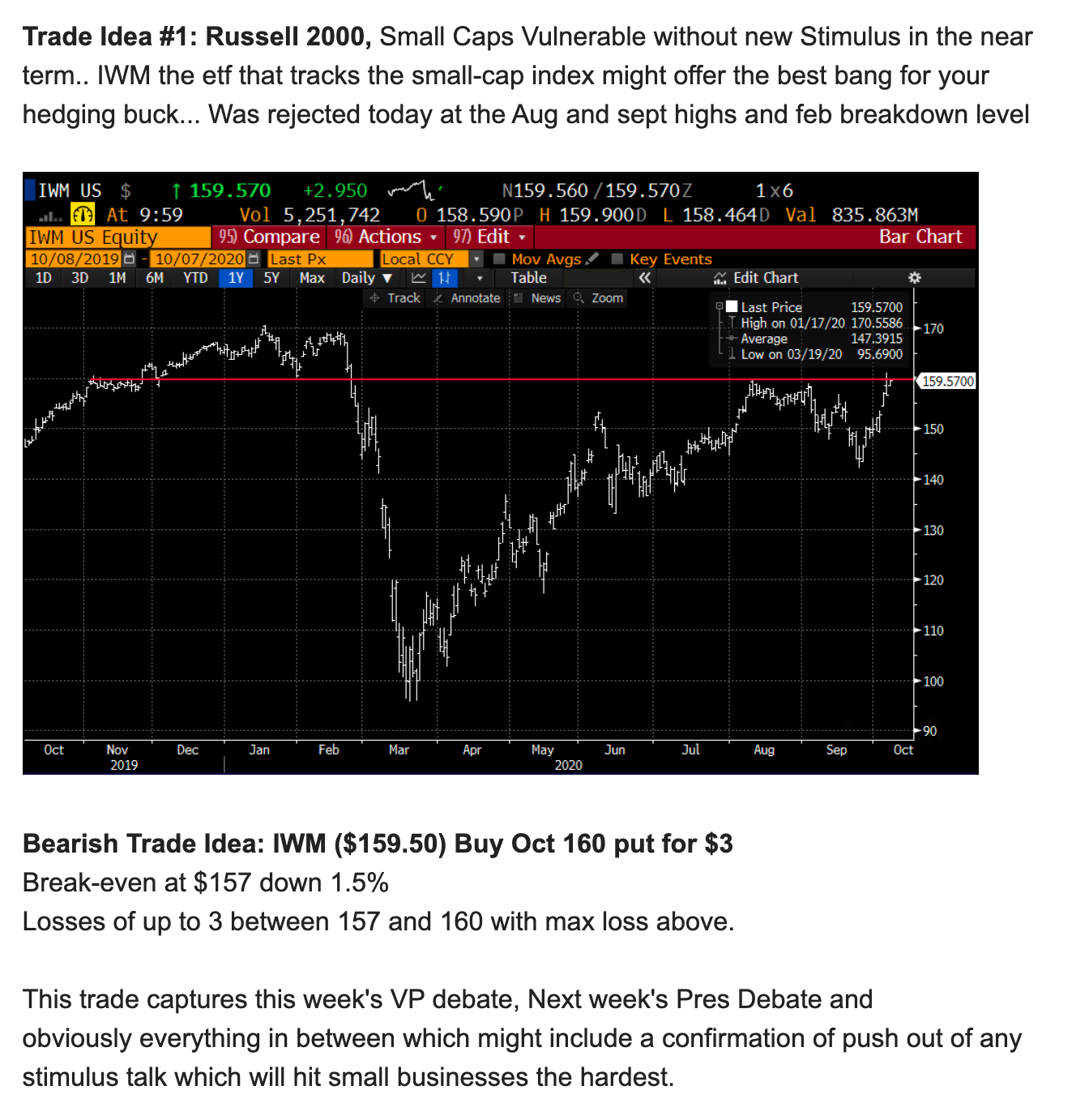 The second trade idea was in Palantir (PLTR) the newly direct listed software company that could see a dramatic surge in a Risk-On market in the coming weeks if investors get comfortable with the prospects of a blue wave, which includes an uncontested election result. Fiscal stimulus in the form of massive infrastructure spending would surely benefit enterprise software companies like PLTR. 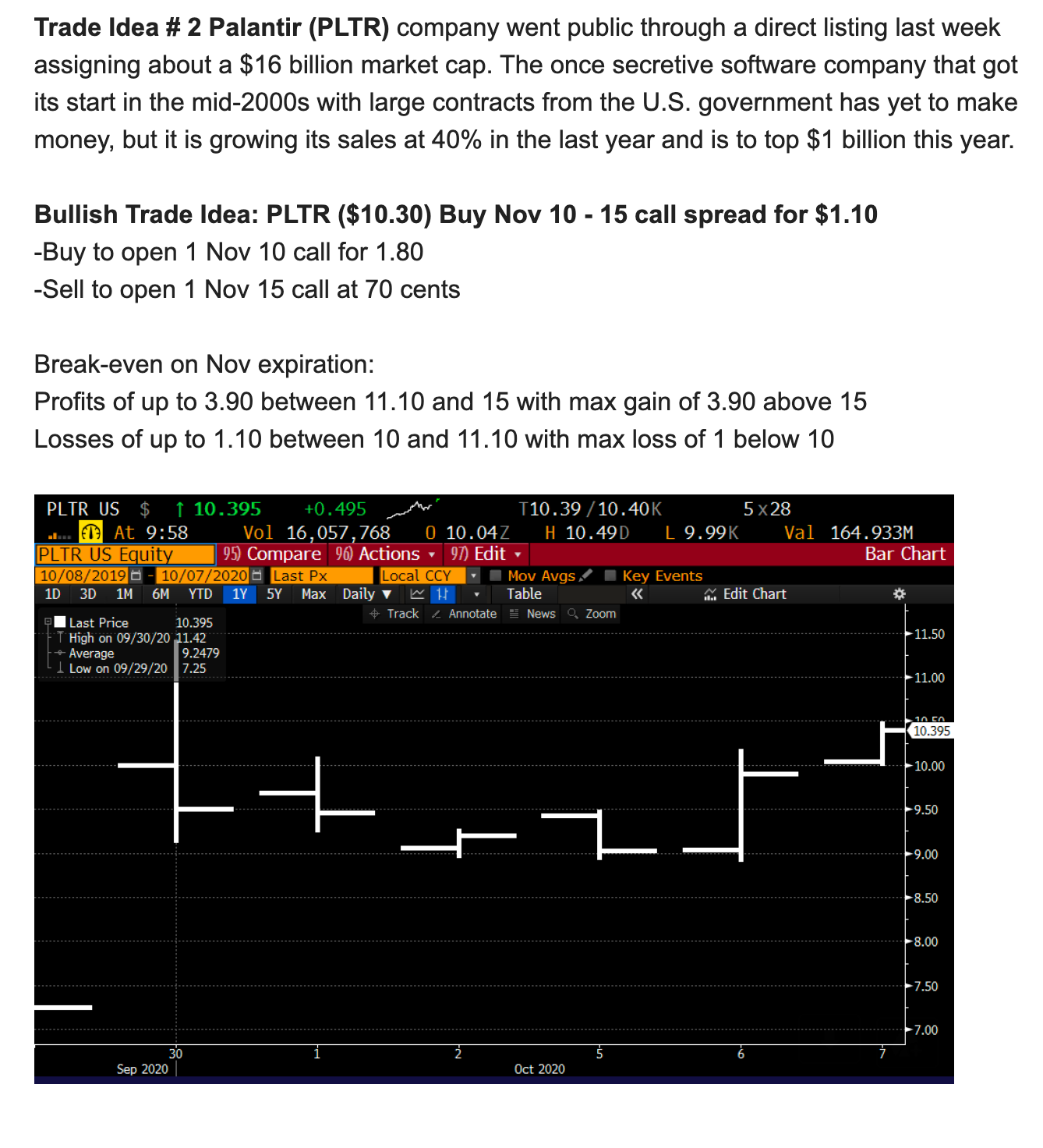 Lastly, we did a look back on my bullish GLD trade idea from Aug 26th, but here was my update yesterday on GLD on this site:

On August 26th I detailed a defined risk Bullish trade idea in the etf that tracks gold, the GLD as it had pulled back to its uptrend near $180:

Lastly, we did a look back on my bullish GLD trade idea from Aug 26th, but here was my update yesterday on GLD on RiskReversal:

The etf has just rallied a few percent from its recent lows, which was also technical support at the uptrend from its June lows, and today was momentarily rejected at its downtrend from its early August highs which should serve as near-term technical resistance: