Good morning. Guy and I hope you had a good weekend. Guy didn’t, his New York Football Giants are a woeful 0-3, while my Chicago Bears are miraculously tied for 1st place in the NFC North. I saw a tweet yesterday (who I can’t remember who it was from), essentially saying that going from NO sports to EVERY sport is a little too intense, trying to digest, the start of college and NFL football, NHL, MLB, and NBA playoffs is just a tad too intense. But I think we can all agree we would rather have them than not!

We are back this morning with what we have been calling the Set-Up but we will from here on out be calling the RiskReversal Podcast (more to come in the near future on that). Click below to watch:

Starting out with the F’ MAGA complex, FB, MSFT, AAPL, GOOGL & AMZN, all broke their uptrend’s from the March lows in the last week or so, all seemingly finding near-term support at their breakout levels from late July: 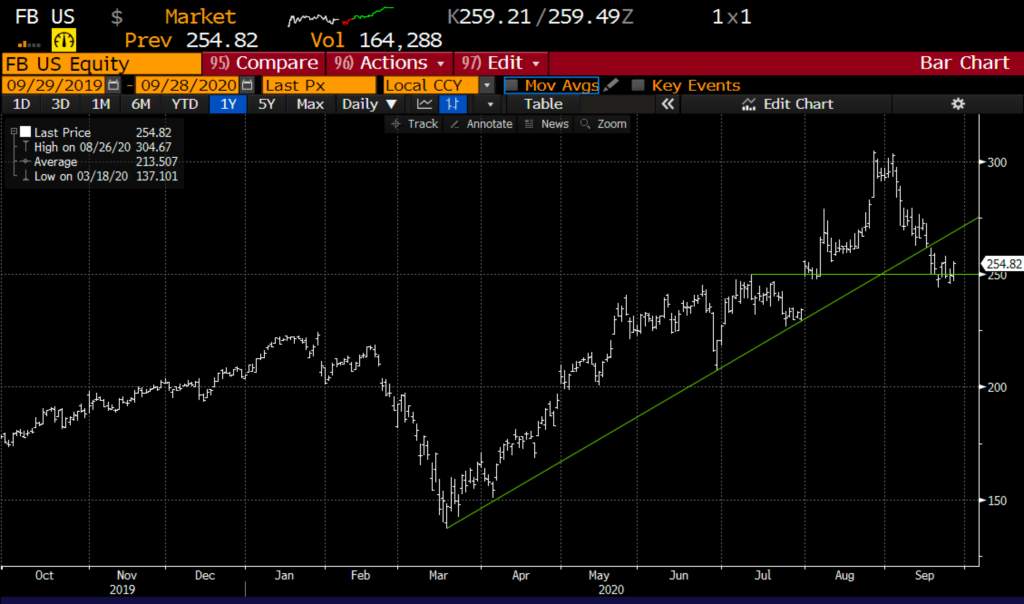 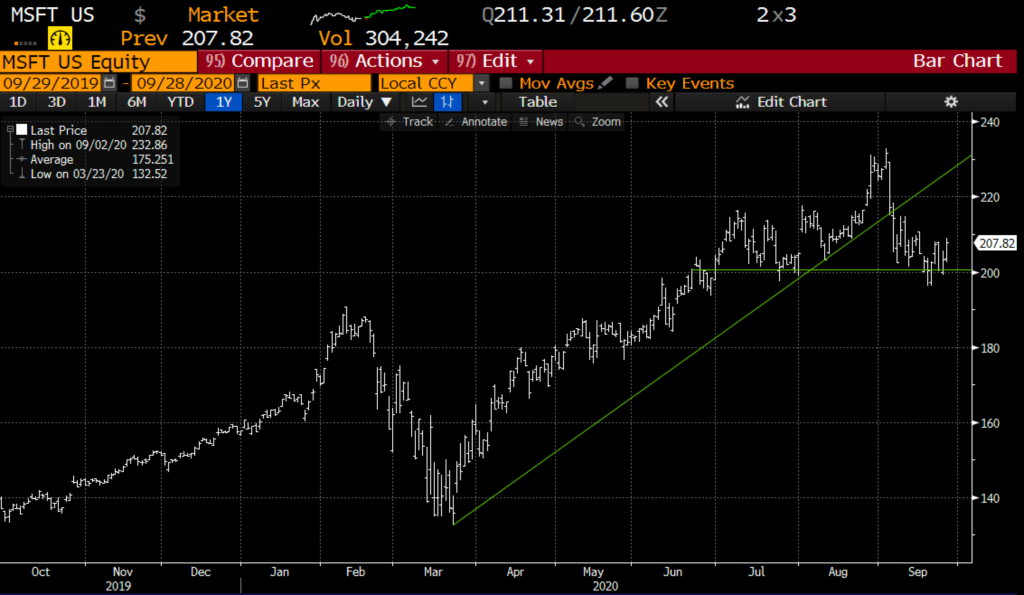 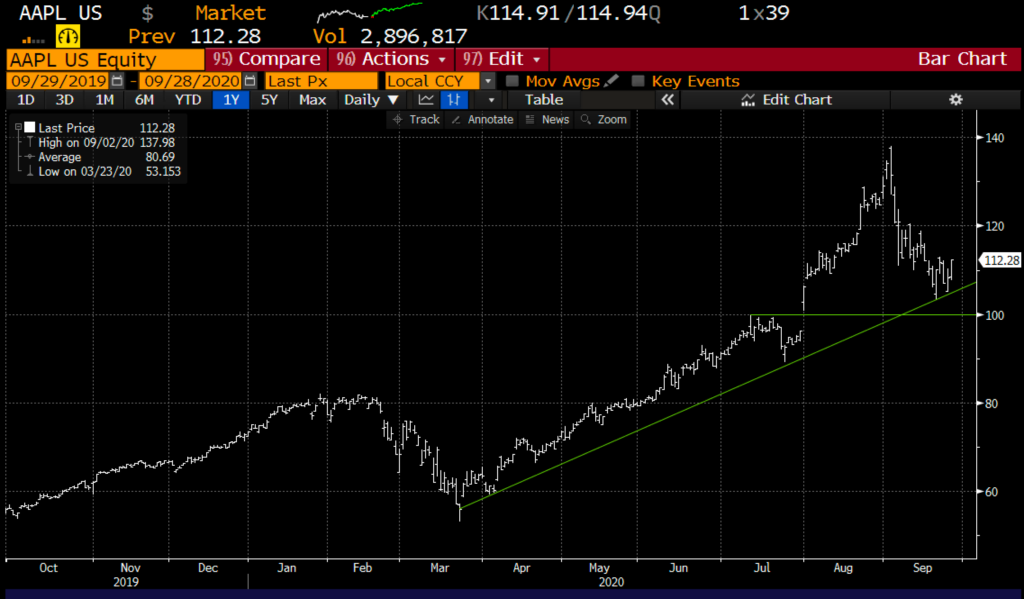 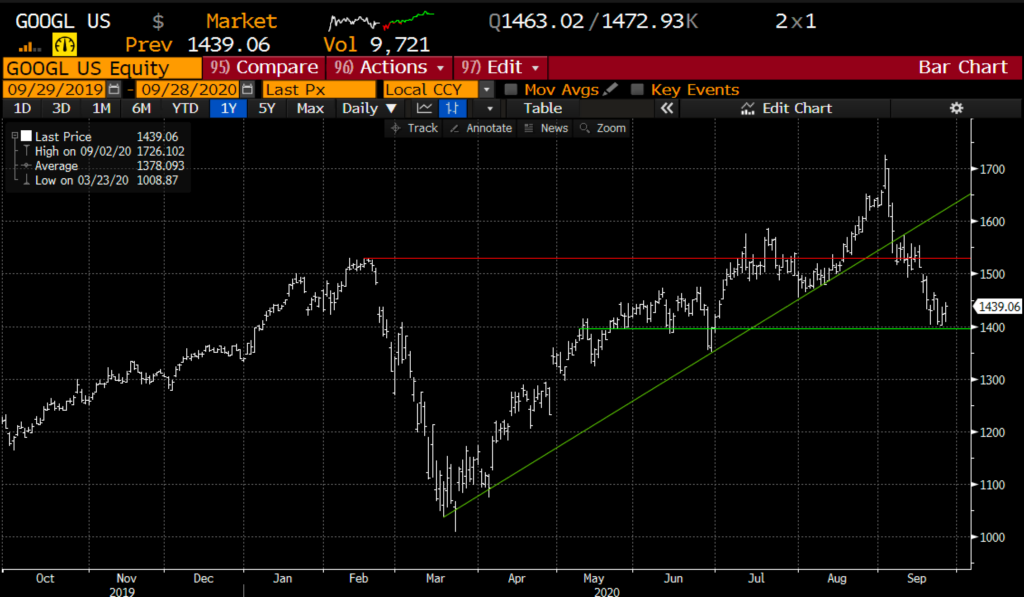 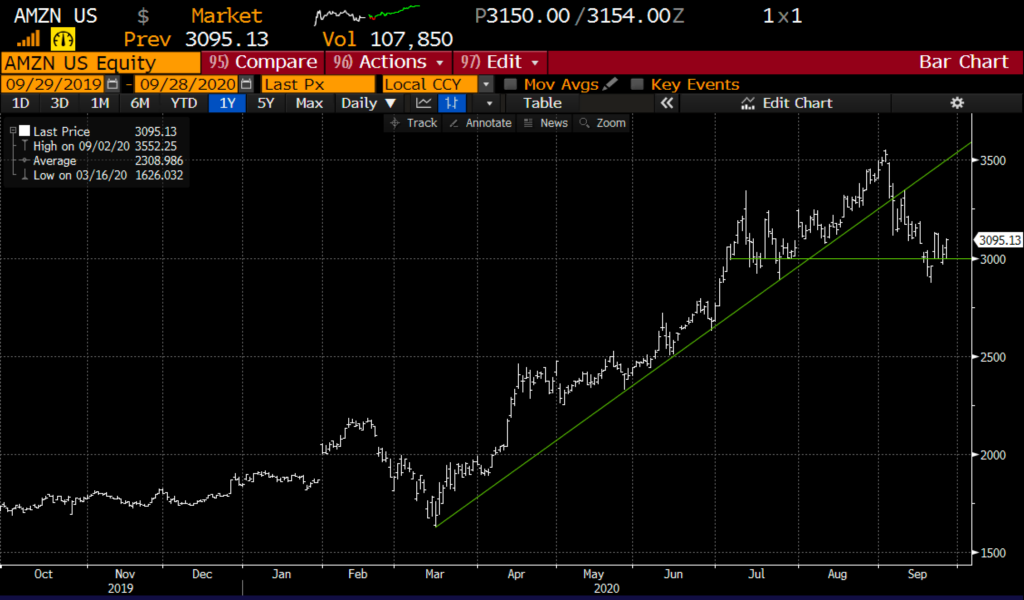 Now looking at the S&P 500 (SPX) where those five names make up nearly 21% of the weight of the index: 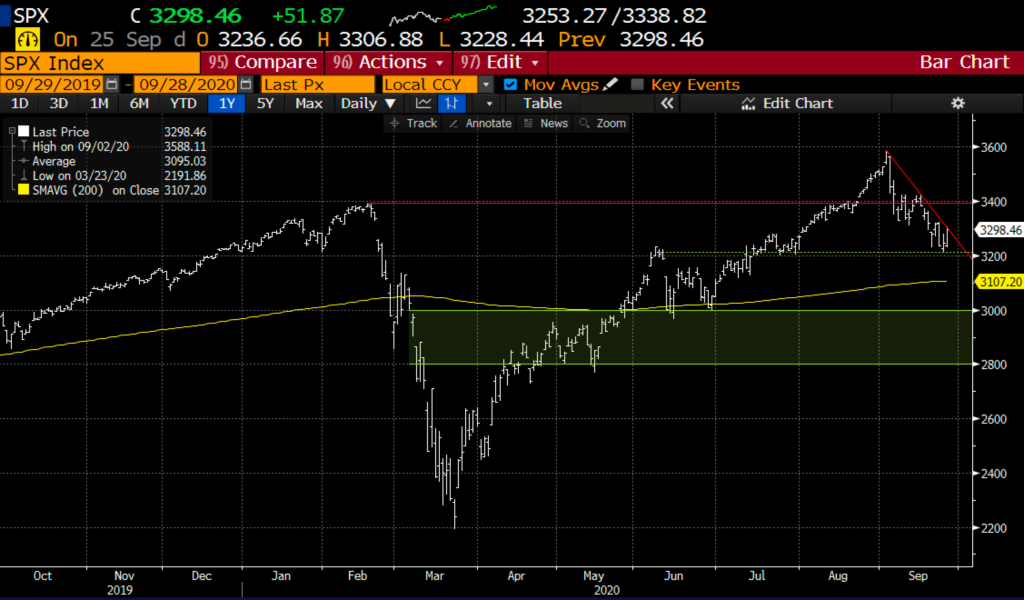 Tech stocks lead on the upside and on the downside over the last few months, but for a re-test of the prior highs, I suspect laggards like Banks (XLF) and Energy (XLE) will need to join the party. and they look and act like death: 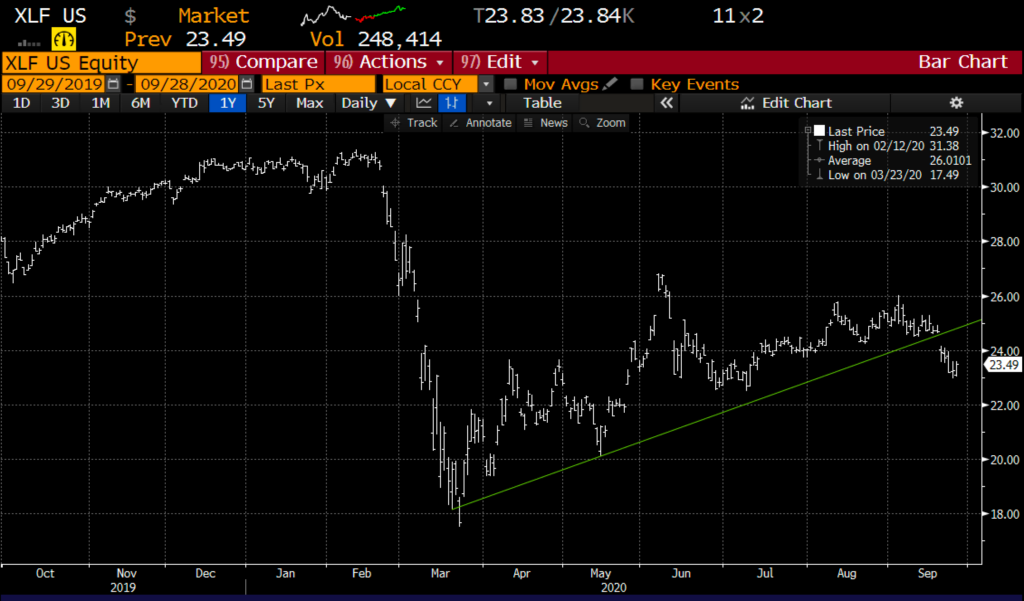 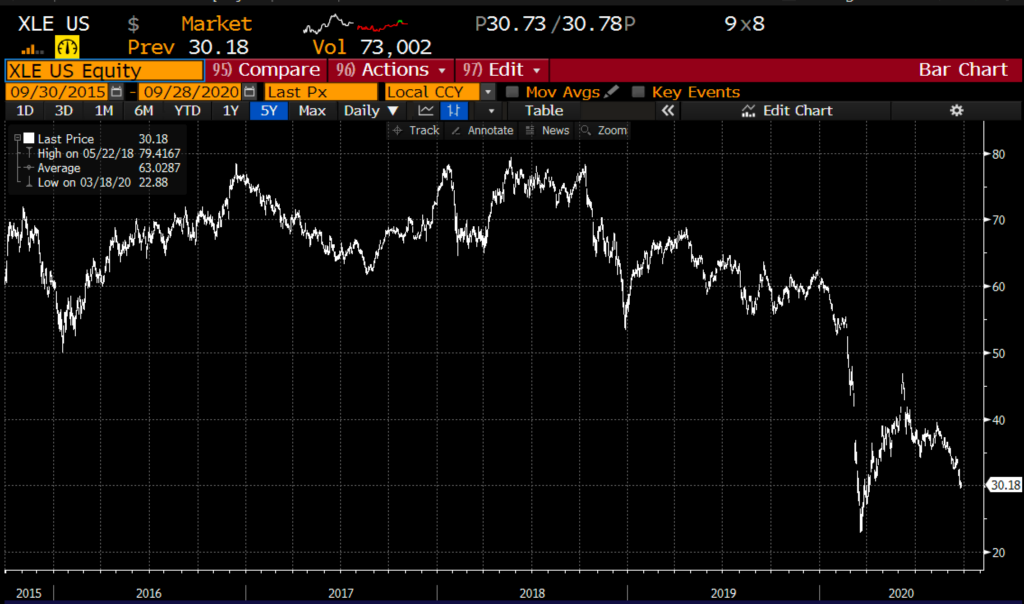 Tomorrow after the close Micron (MU) will report its fQ4 results. The implied move int he options market is about 7% vs its 4qtr average of about 6%.

The stock has been a massive under-performer to its semiconductor peers, down 8% vs the SMH’s 20% ytd gains. 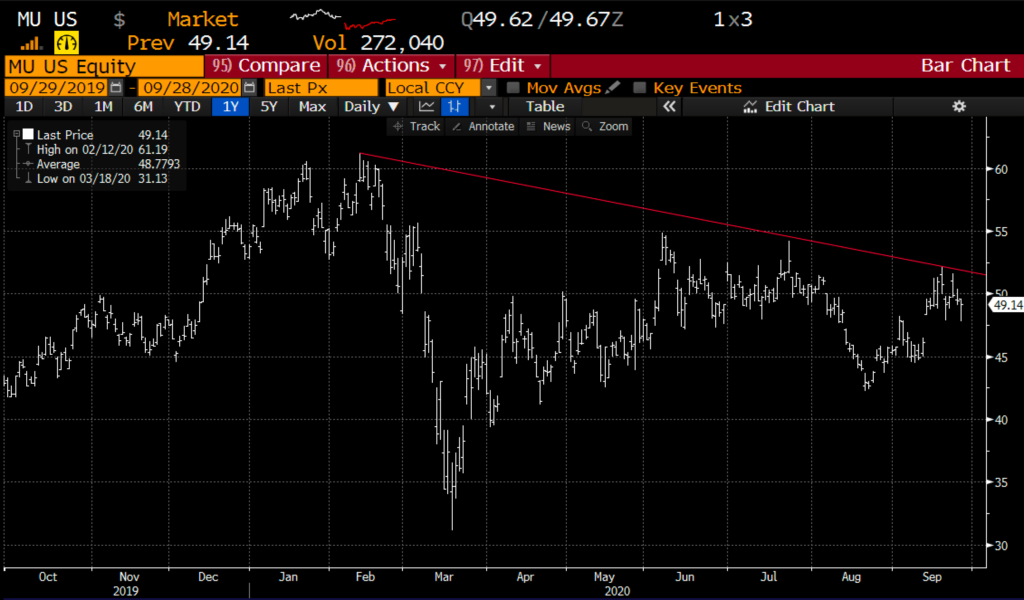 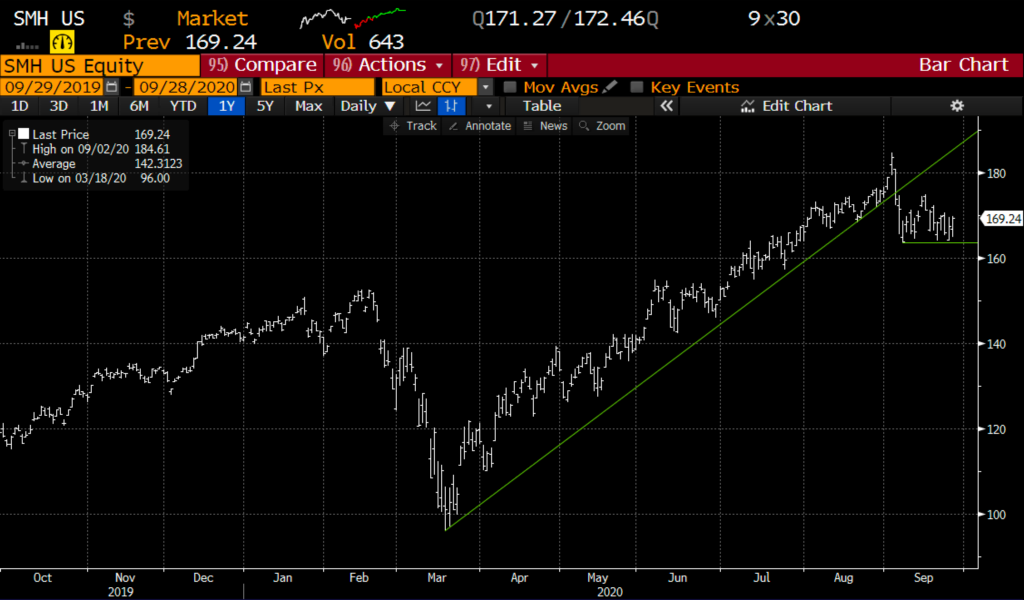 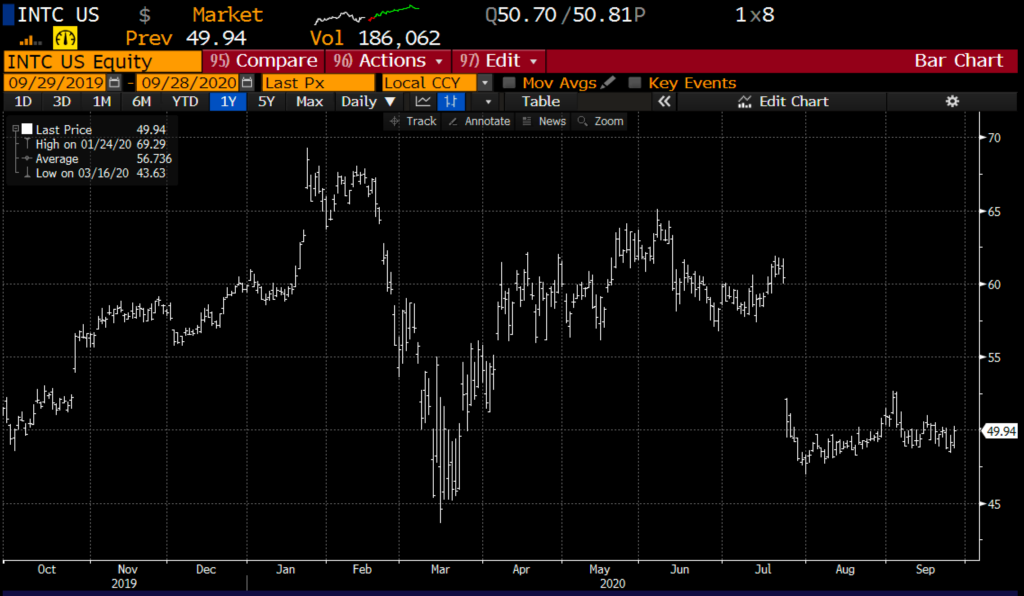 PEP: will report its FQ# results Thursday after the close, the options market is implying about a 2% one day move which is rich to its 4 qtr average of about 1% 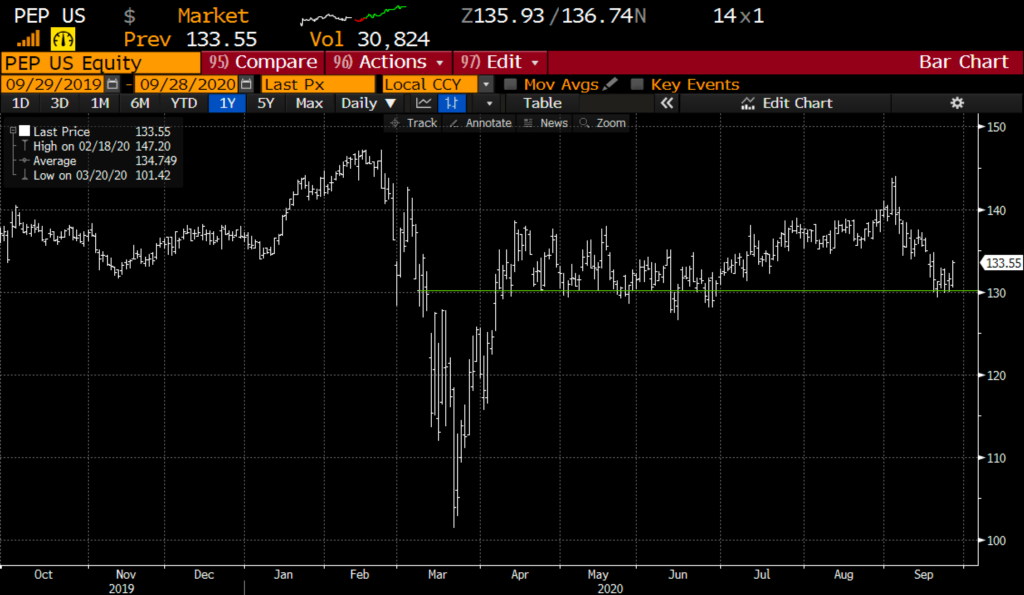 40% of PEP’s sales come from overseas… what impact will U.S. Dollar volatility in the last quarter have on results and guidance? 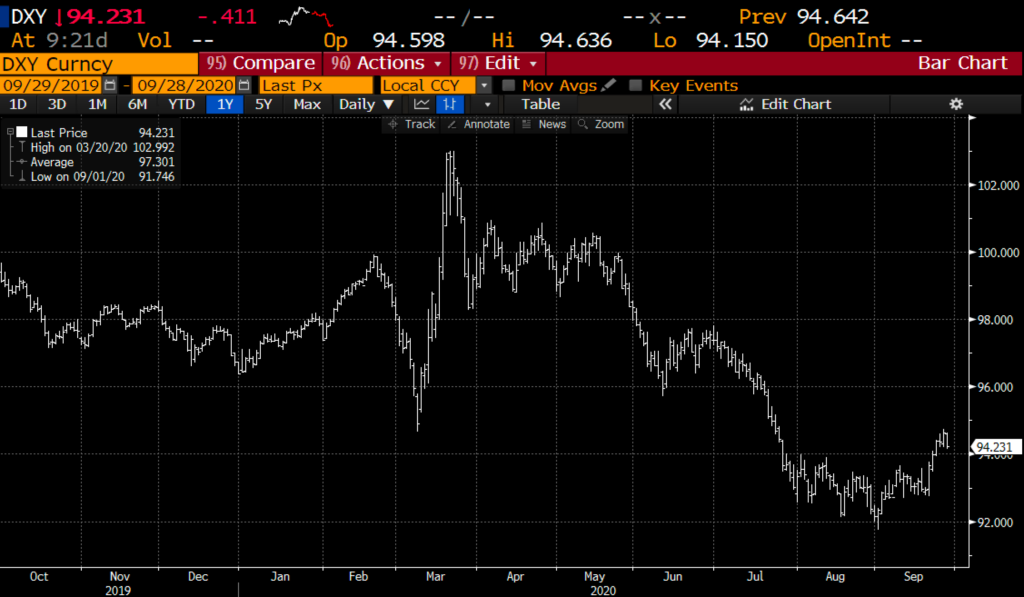