On June 11th I detailed a near-term bullish view on GLD, expressing it via a call spread in the GLD in August expiration (Gold Lingers)

Buy calls spreads playing for a breakout of the two-month range and a move to the mid to high $170s:

Since the time of the trade, the GLD has rallied 13.5%, blowing through the short strike in the call spread detailed above and making a new high from its all-time highs back in late 2011 when the investment world was convinced that a half a trillion in quantitative easing would cause massive inflation. Cute right? Well, we are now throwing around trillions in easing, and thus we have GLD moving higher for similar fears. I wouldn’t hold your breath though. 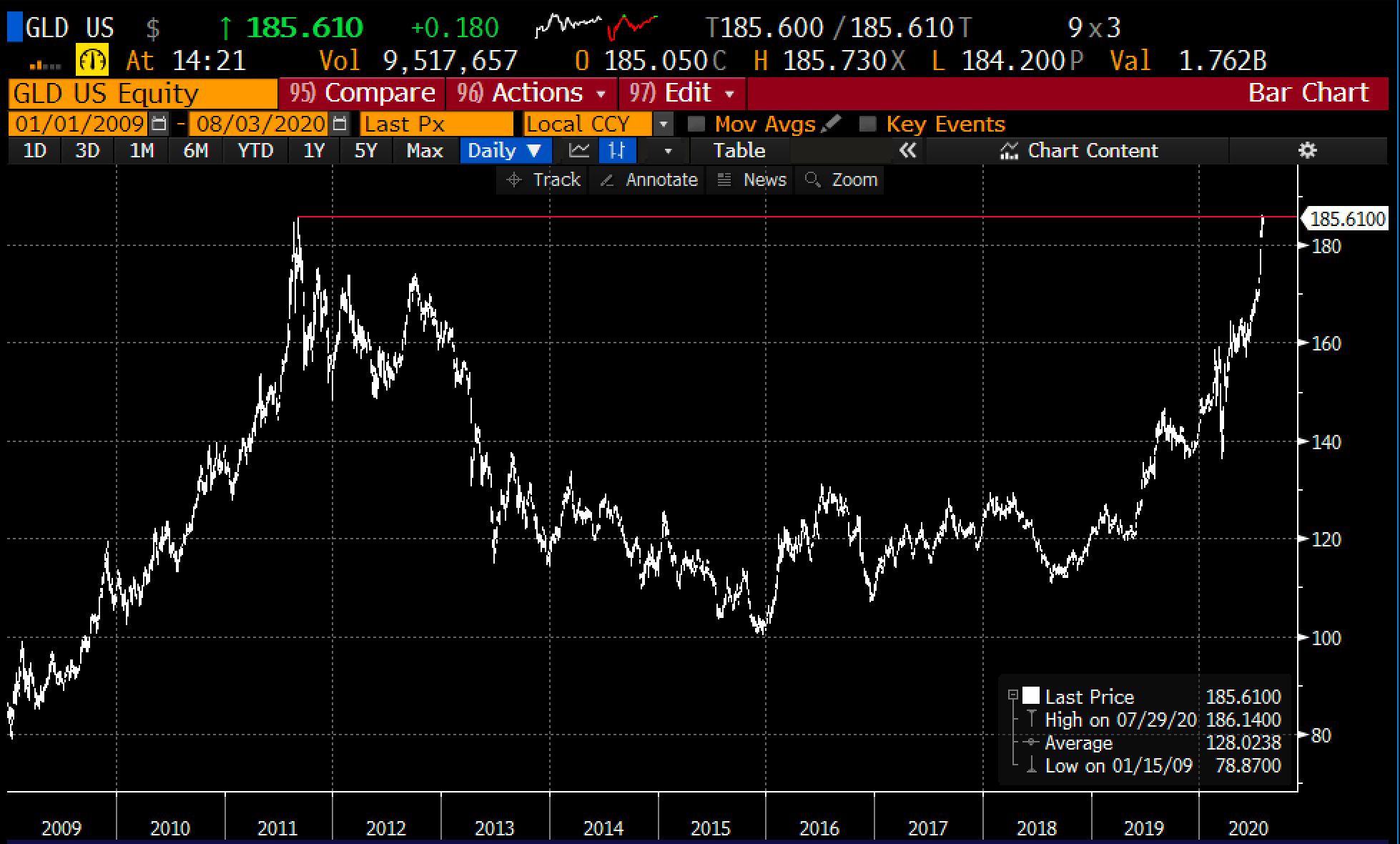 At this point with three weeks to expiration, GLD at $185.60, and the Aug 163 – 180 call spread that cost $4 when the etf was $163 is now worth $16. It can only be worth $17, so waiting three weeks for $1 does not make sense because the etf could drop, and the risk-reward of holding the call spread no longer makes sense. GLD will likely need to consolidate a bit before it can make a meaningful breakout and establish a new range above the 2011 highs.