I hope you had a great weekend. Guy Adami and I are back with The Set-Up. Click below to watch, and further below are our notes. 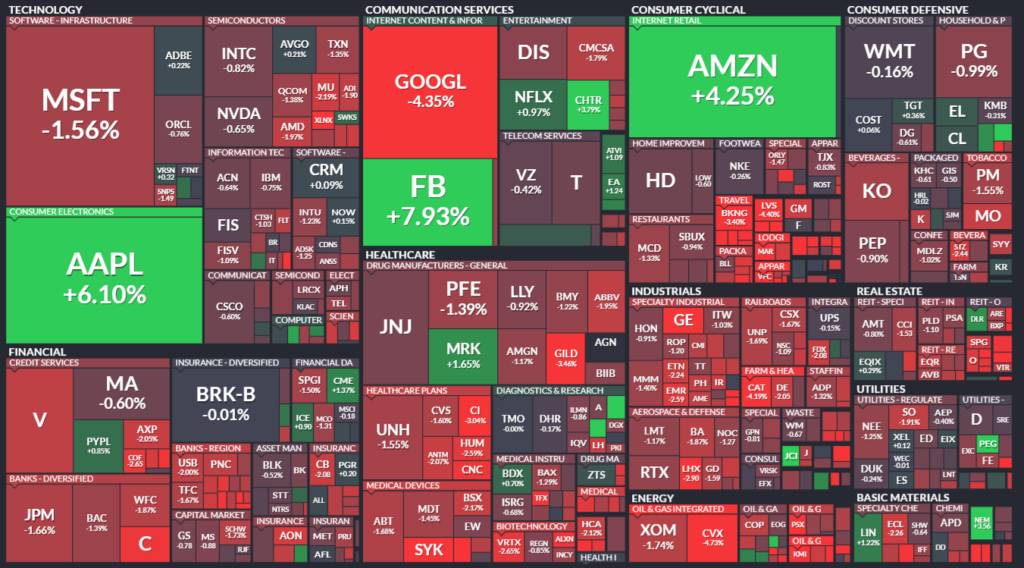 Despite Alphabet’s (GOOGL) 3.3% decline Friday, the MAGA complex broke out to a new all-time high: 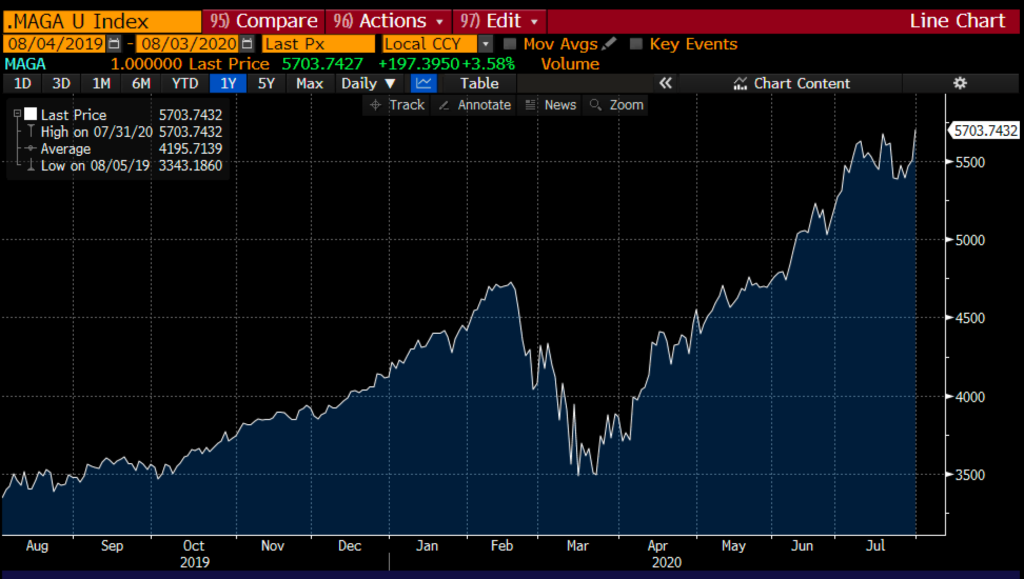 The SPX now just 3.5% from its all-time highs from Feb looks poised to take a run at them: 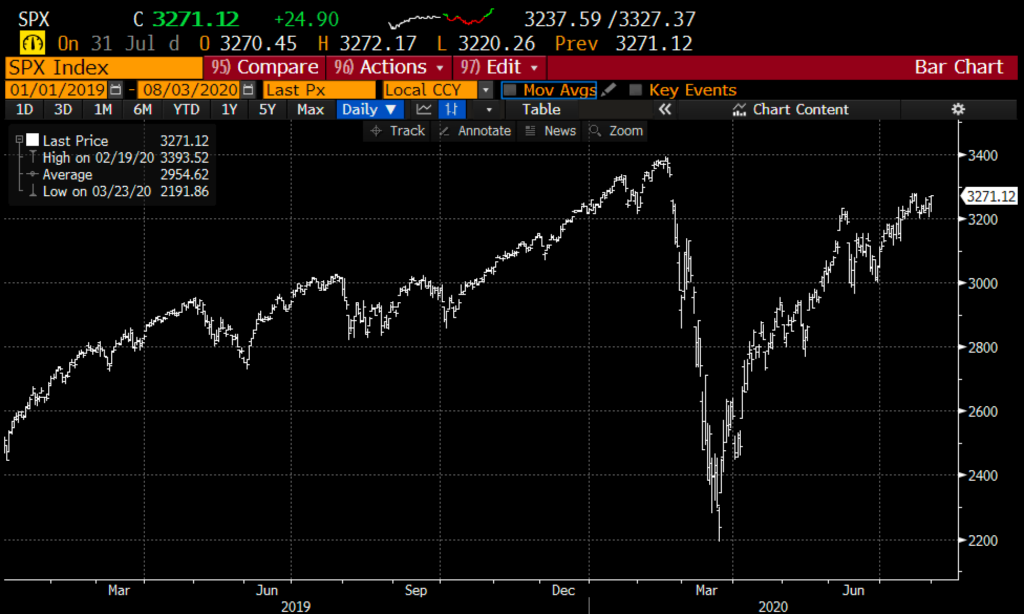 Here is the SPX equal weight (RSP) and it is still well below its June 8th lows and 10% from its Feb highs, this chart has a different look and feel to it: 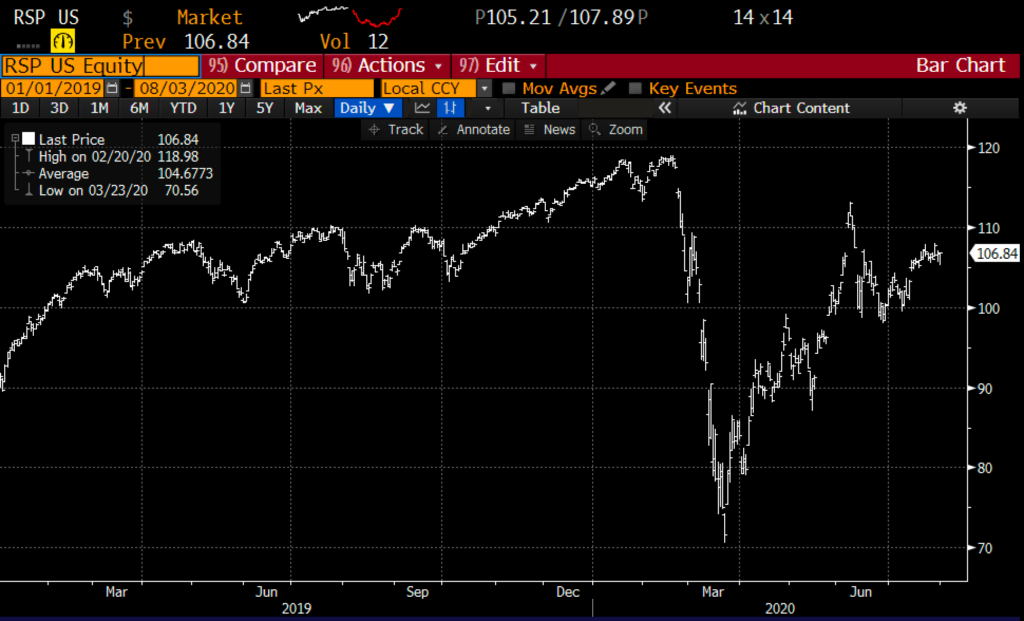 Carter Braxton Worth, technician extraordinaire from Cornerstone Macro Research had the following comment on market breadth this morning in a note to clients (emphasis mine):

Equities here in the US, and equities around the globe, still are having trouble topping levels achieved two months ago, in early June.

In fact, examining each stock in the Russell 3000 Index today, Monday, August 3rd versus where each was trading on Monday, June 8th reveals a sobering figure: only 823 stocks out of 2976 are above their respective highs on June 8th. That’s a scant 27.7%.

Per chance, Monday June 8th was the follow-through peak to the euphoria of the preceding Friday (June 5th) when the Department of Labor reported May non-farm payrolls increased by 2.51 million jobs. It also was the day the S&P 500 erased its loss for the year. And, ironically, it was the day the National Bureau of Economic Research announced that the US officially was in a recession.

Disney (DIS) will report its fiscal Q3 results after the close. The options market is implying about a $6 or ~5% weekly move, which is rich to its nearly 3% average one-day post-earnings move over the last four quarters. 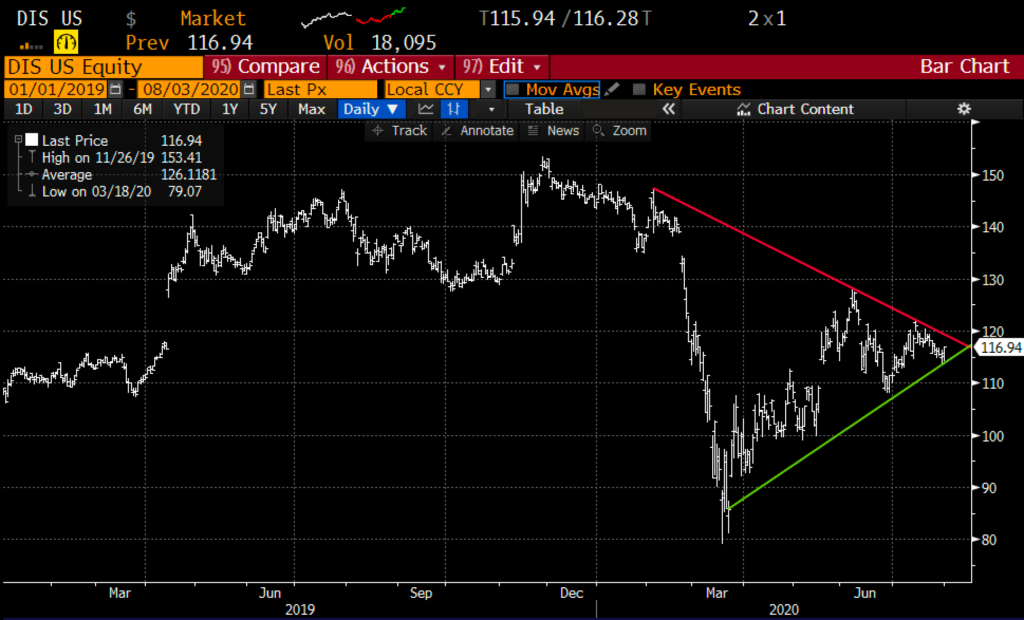 As I mentioned on CNBC’s Fast Money last week, this wedge that DIS is forming is going to break hard one way or the other, and the way it breaks might be how the economy breaks for the remainder of the year when you consider their exposure to an economic reopening and the potential for a fall uptick in virus cases and deaths. The company is uniquely exposed to social distancing and lockdown measures… parks, hotels, cruises, content production, movie distribution, and reliance on sports for its media networks business (ESPN).

This is the most important chart for the market right now, says @RiskReversal. Here’s his reasoning. $DIS pic.twitter.com/6oF6poEeFF