Back in early Jan when shares of Square (SQ) were below $70 I highlighted a bullish note from Bank of America’s payments analyst who was highlighting positive catalysts for the stock into their mid-March analyst day. Targeting a move back towards $80 offered a defined risk way to play for a move back towards $80 and then in mid-Feb with the stock above $80 rolled the view up and out playing for the prior high near $100. Well the stock did get back to $100, and then some, just this month actually, but after a very quick detour dropping 63% from Feb 20th to March 18th: 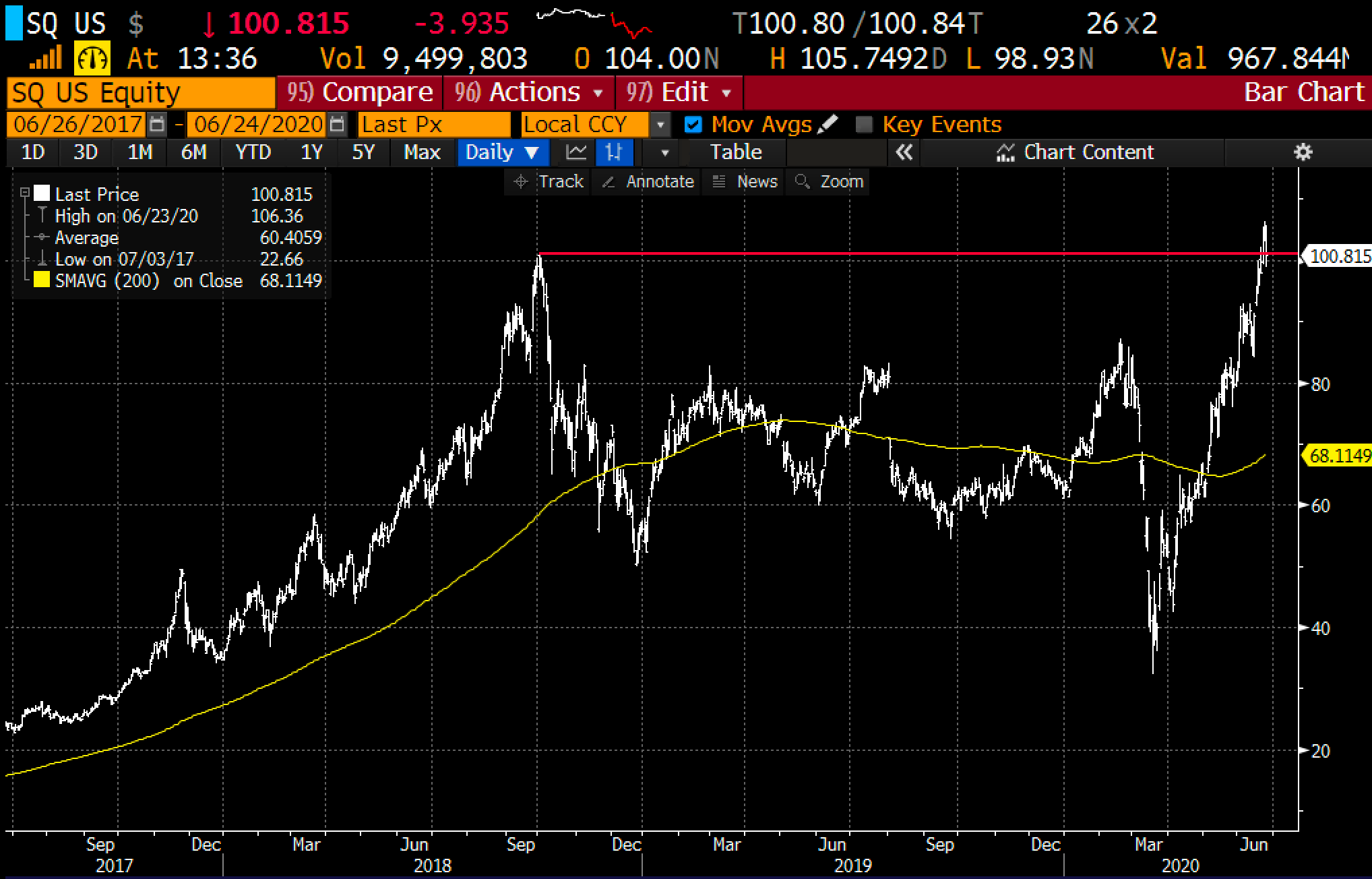 On May 18th, the same Bank of America analyst who back in January highlighted the potential for the stock to rally in the Spring double downgraded the stock from Buy to Sell, per Bloomberg:

on concern small and medium businesses like restaurants, retailers and salons will struggle to stay afloat once they’ve spent government Covid-19 crisis funds.

“A significant number” of small and medium outfits may struggle to survive, especially if the U.S. economy only partially reopens and firms are limited to 25% to 50% occupancy, analyst Jason Kupferberg wrote in a note.

“The extent of SMB churn is hard to quantify, and likely won’t be known for perhaps another 6 months, but we note that 75% of Square’s payment volume comes from merchants with less $500,000 in annual card volumes,”

The stock was around $80 then, and investors obviously did not pay much attention to the negative call. To my eye the stock has room down to the mid to low $80s in the very near term, and then possibly as low as $70 near its 200-day moving average over the course of the summer if investors were to see a greater potential for rolling shutdowns in other parts of the country that are facing virus flare-ups. 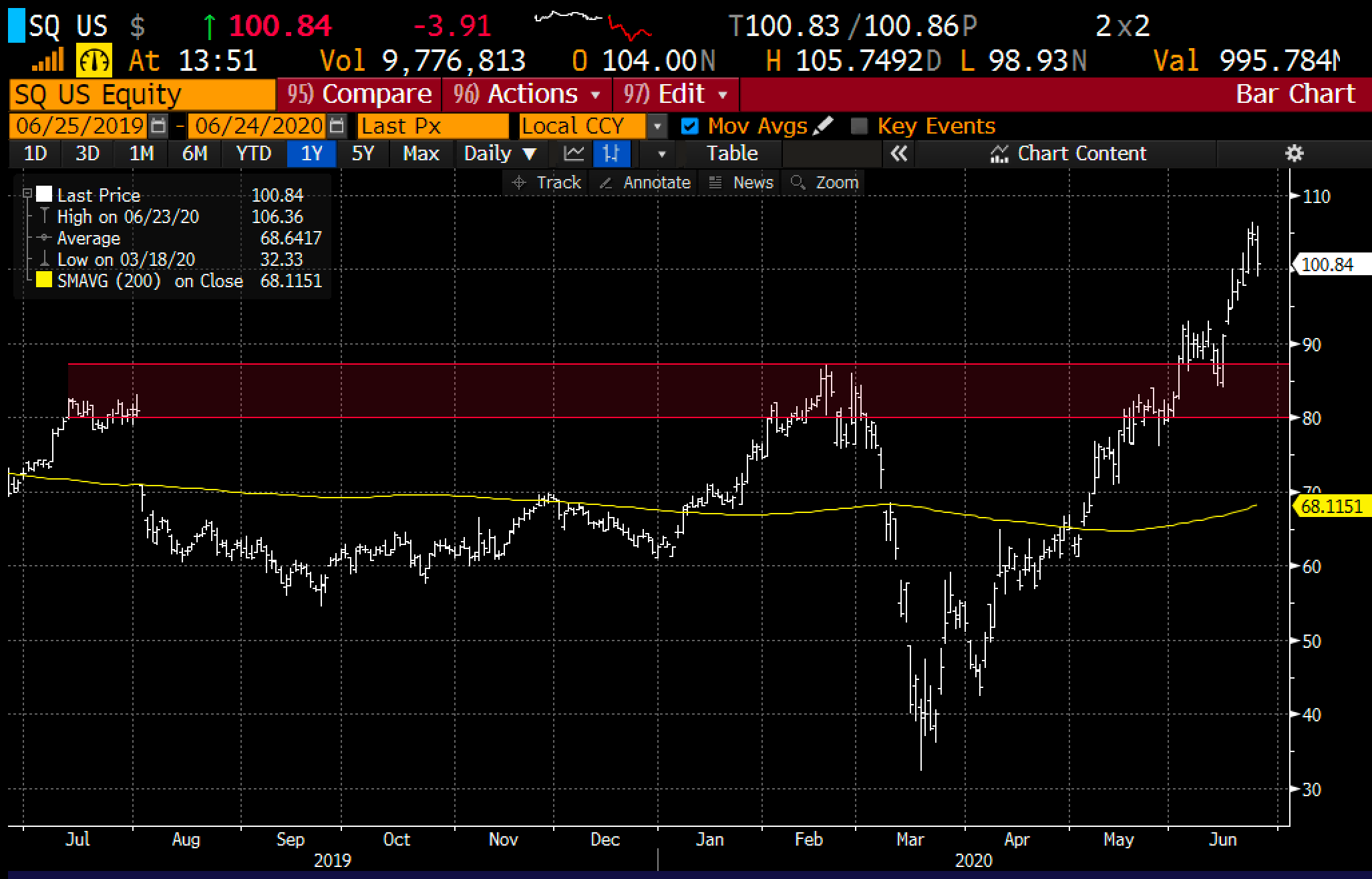 So what’s the trade? If I were now inclined to play for a quick move back towards $80 in the coming weeks I might consider merely buying at the money puts, for instance the July 100 put with the stock at $101 is offered at $5.20, or about 5% of the stock price… but with the stock up 60% on the year, and up 200% from its March lows, 5% lower could come in an hour or two… if I were to get a quick move lower than I might consider using the profits to roll down and out to a put spread playing for $70, or I could sell a lower strike put in July making a vertical put spread and reducing the premium at risk.