My good friend Carter Braxton Worth, who many of you know from CNBC’s Fast Money and Options Action, but also the resident technician extraordinaire over at Cornerstone Macro Research had an interesting observation this morning on the chart of Zoom (ZM), whose stock opened up today at a new all-time high, up 250% on the year… 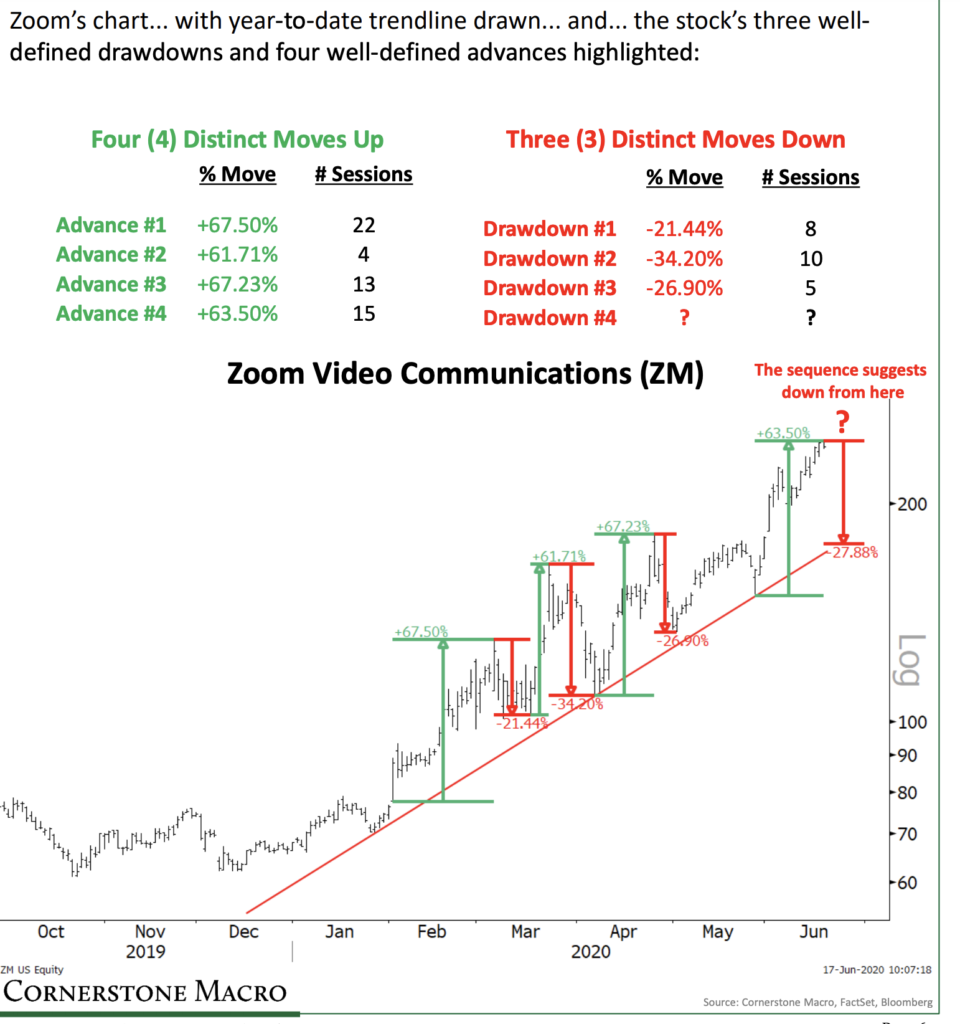 This pattern that Carter highlights seems fairly straightforward, down 25% or so, bounce off of uptrend and then rally 60%, and then pull-back to trend… wash, rinse, repeat…

In a stock like Zoom, this is easier said then traded… You’d have to be nuts to short a stock like Zoom, at any point since the start of the year when you thought the stock was overheating, it was really just getting started, pullbacks were bought and the breakout to new highs was fierce. The smartest tech investors I know (you know who you are 😉 ) who are long the stock have merely stopped looking at the day to day movements and merely keep raising their downside sell-stops.

For the traders out there this set-up looks enticing, and with their next earnings not expected until early Sept, short-dated options present an attractive way to express a defined risk directional view. On an absolute basis, short-dated options prices in ZM are off the hook with 30-day at the money implied volatility near 70% (blue line below), which is insane for a $66 billion market cap company. But it is worth noting that it is below 30-day realized volatility in the stock (white line below, how much the stock has been moving) and if the stock were to head lower as Carter suggests, options prices could appear cheap on a relative basis:

Carter Identified $175 as his downside target, which lines up well with the June 1st breakout above its prior all-time high from late April above $180. I would not that the next real support level below that is near $150: 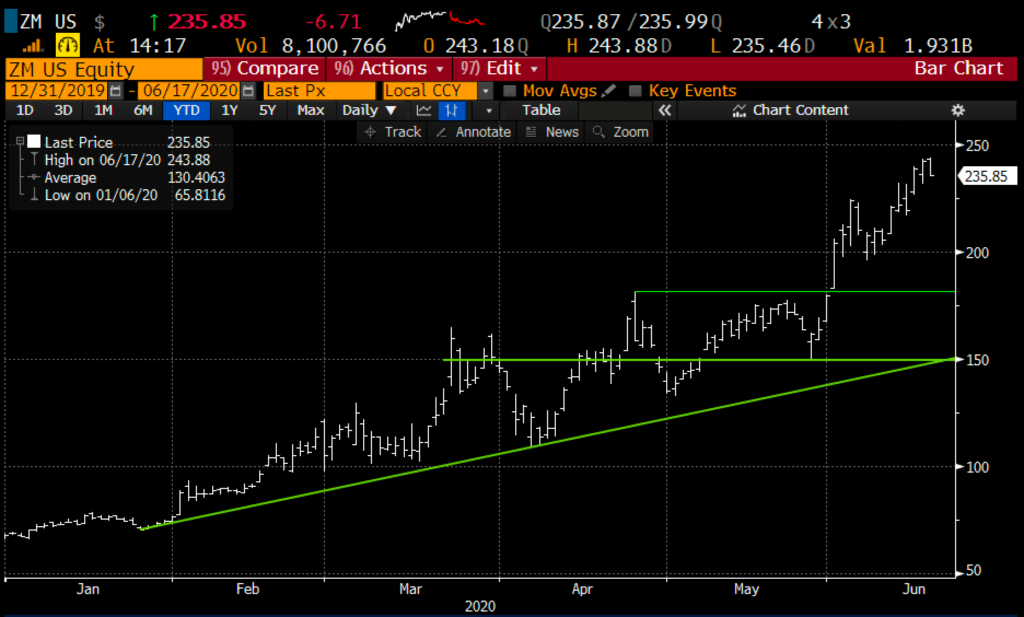 So what’s the trade? If I were inclined to play for a breakdown to the uptrend I might consider put spreads in July expiration:

Rationale: this trade idea targets a move back to the uptrend that Carter identifies, risks 5% of the stock price for one month with a break-even down 8%. It is worth noting that the implied move in the stock between now and next Friday, June 26th is about $20 in either direction or about 8%.

The options market is saying there is about a 30% chance this trade idea is break-even on July expiration, and only about a 10% chance it will be at max value at $180.