My friend Carter Braxton Worth, technician extraordinaire from Cornerstone Macro Research had this comment in his note yesterday about mega-cap tech’s strength yesterday:

Each of the top 5 stocks in the S&P 500 Index rose today, while the Index itself declined. 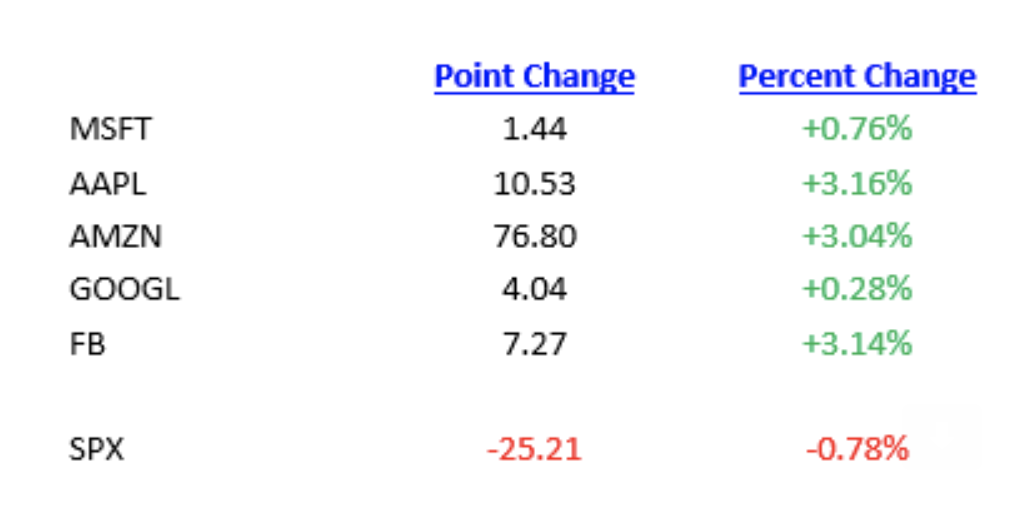 We are seeing a move back into mega-cap tech, the very names that brought us off of the lows in March as investors crowded into these stocks for reasons that included opportunity but also safety.

It is worth noting that all of the discussion about rotation out of the mega-cap tech in the last few weeks into value, cyclical and speculative has apparently come back to F’MAGA which should be concerning to those who fear the increasing concentration in this small group of stocks with the Nasdaq up 11% on the year and the SPX within 5% of its all-time highs.

The QQQ, the etf that tracks the Nasdaq 100 is 18.5% above its 200 day moving average, very near the 20% above at its highs in February. To my eye the stock has support down between its breakout level near $238 and the late February gap near $224: 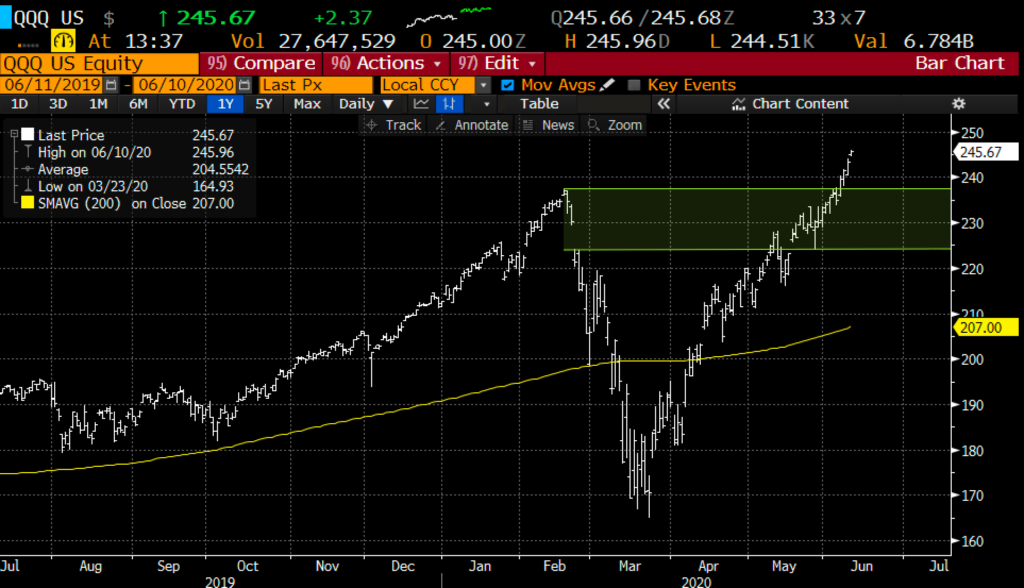 As the QQQ has squeezed higher, short-dated options prices have also come in fairly hard, with 30-day at the money implied volatility at 24% (blue line below), while 30-day at the money realized (white line below, how much the etf has been moving) is back levels they were last at the highs in the market in late February”

With the QQQ just above $245 the July 10th, 245 straddle is offered at $14, or about 5.7% of the stock price, which at the moment is the implied move in the options market for the QQQ for the next 31 days. If you are inclined to express an at the money directional view in the QQQ between now and then with defined risk, than buying the July 10th 245 put or call for about $7, or 2.75% if what you would be risking, which seems reasonable considering the QQQ is already up 5% on the month.

There are a coupe ways I might think of QQQ… first if you thought the QQQ continues to squeeze (which I do not think can happen due to the simple forces of gravity) then defining your risk to 2.7% makes sense over the next month. I would also suggest that the likelihood that we get a pullback soon is very likely and having the QQQ below $238 over the next month seems fairly likely. The options market is suggesting there is about a 35% chance that we see $238 on July 10th.