Yesterday in my In The Money series with Fidelity Investments I discussed my current view on the state of the stock market, and what appears to be a push and pull between fear and greed and I detailed two defined risk trade ideas that might be used to express those two emotions in the market. Click below to watch the video: 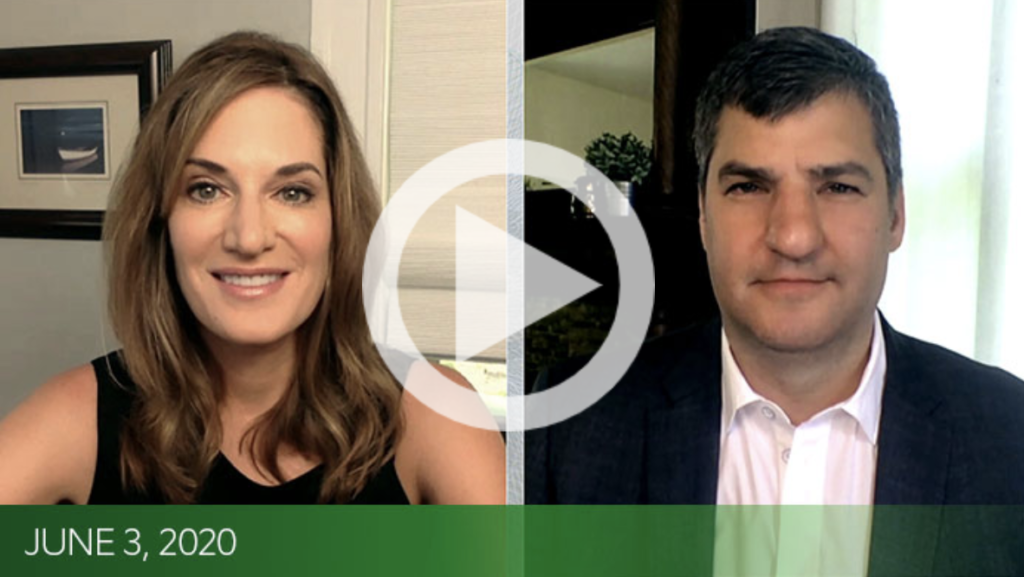 Here are my notes from the program:

The first Idea was in General Electric (GE) a stock that was already beaten up heading into the stock market’s precipitous decline in February and March. If the market were to continue its move higher than we will continue to see money flow into beaten-up cyclical names like GE, here was one way to play over the next month and a half: 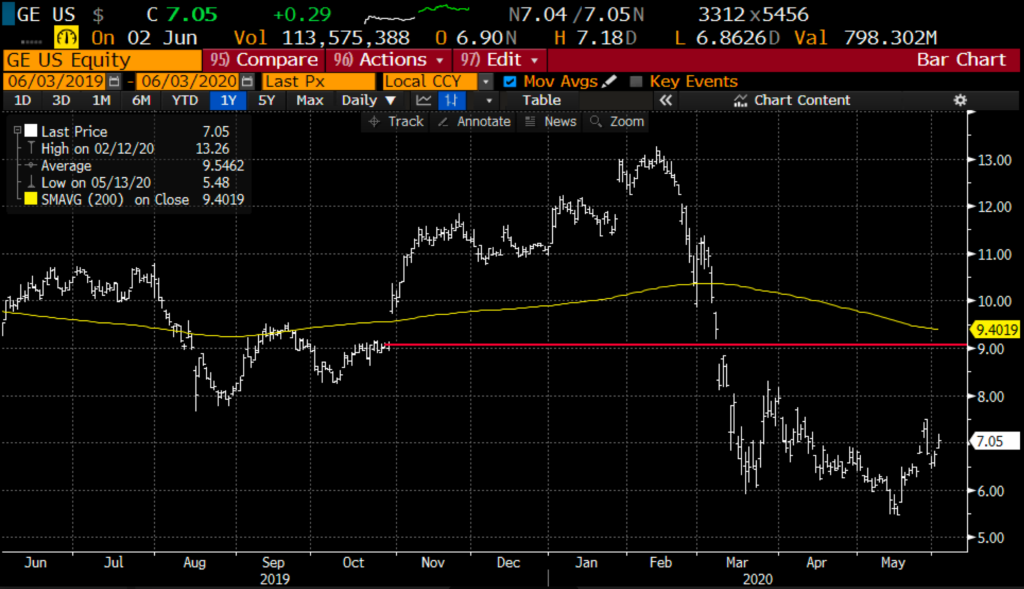 The second trade idea was geared to those who fear that the stock market is due for an imminent pullback, not reflecting the economic reality of what will likely be very high unemployment for the next year. The second trade idea is bullish U.S. Treasuries / bearish rates.

The stock market is saying one thing about the economy, interest rates are saying another… they won’t budge, the 10yr treasury yield has flatlined, the Fed through their action has pinned it, expectations for more monetary stimulus and low rates forever likely. means the next move in rates could be lower as global central banks trip over each other to add monetary stimulus. Have U.S. Treasury exposure for what might be a sobering of market and eocnomic sentiment post-re-opening.

The TLT is flirting with important technichal support at $160: 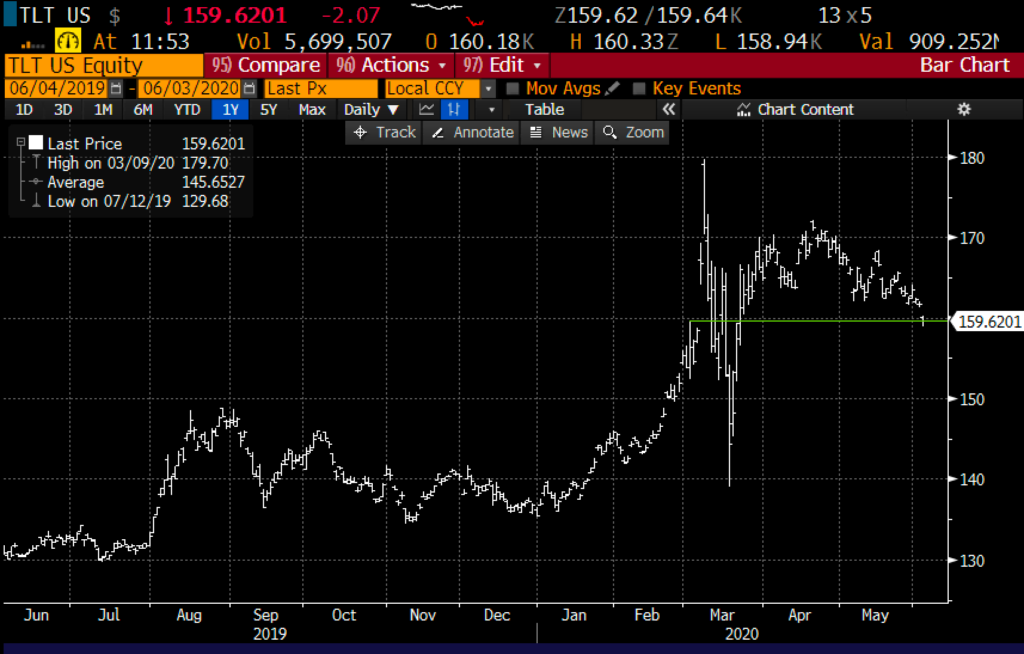 Lastly, we looked back at one of last week’s trade ideas which has gotten off to a very poor start. We discuss how to manage a trade idea that was an instant loser, here was the idea from last week and my notes this week:

Last week when SNAP was $17 I detailed the following bearish trade idea for fundamental reasons:

Now with the stock $19.50 at a new 52-week high this trade idea is worth 60 cents… need to keep a close eye on this… need a massive move now to just break-even…

BAD TIMING, and for NOW a VERY BAD CALL… would cut at 50% of the original premium spent. 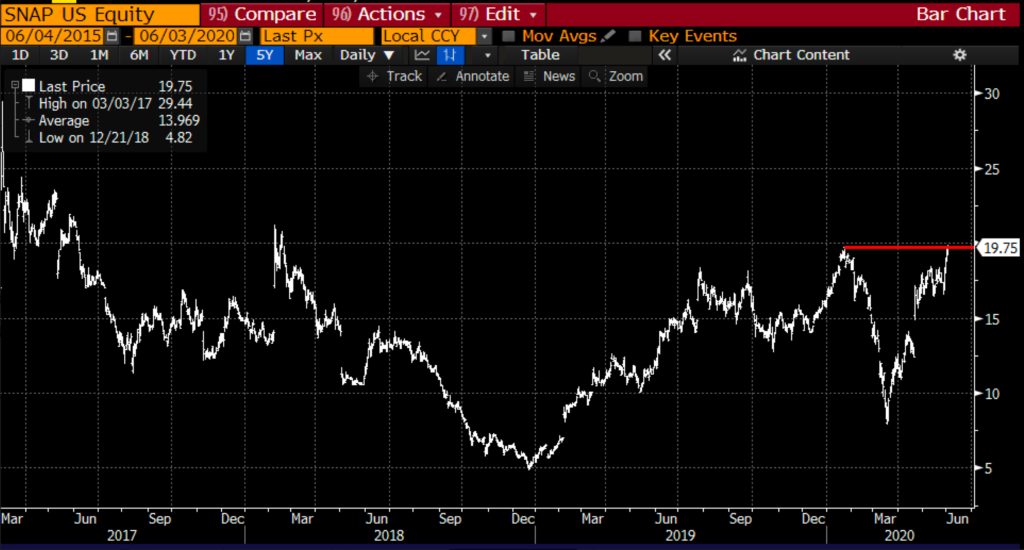