This week’s price action in the U.S. stock market is a fairly clear example of the old Wall Street adage that investors often “Buy the Rumor and Sell the News”. In this instance, there was growing optimism that the chorus to “Liberate” our economy by opening without mass testing, antibodies, contact tracing, and readily available and effective therapies would result in another spike in cases and thus cause future rolling lockdowns.

The S&P 500 futures contract is below the uptrend that has been in place since the March lows after being rejected prior to the late April high, at technical resistance just below 3000: 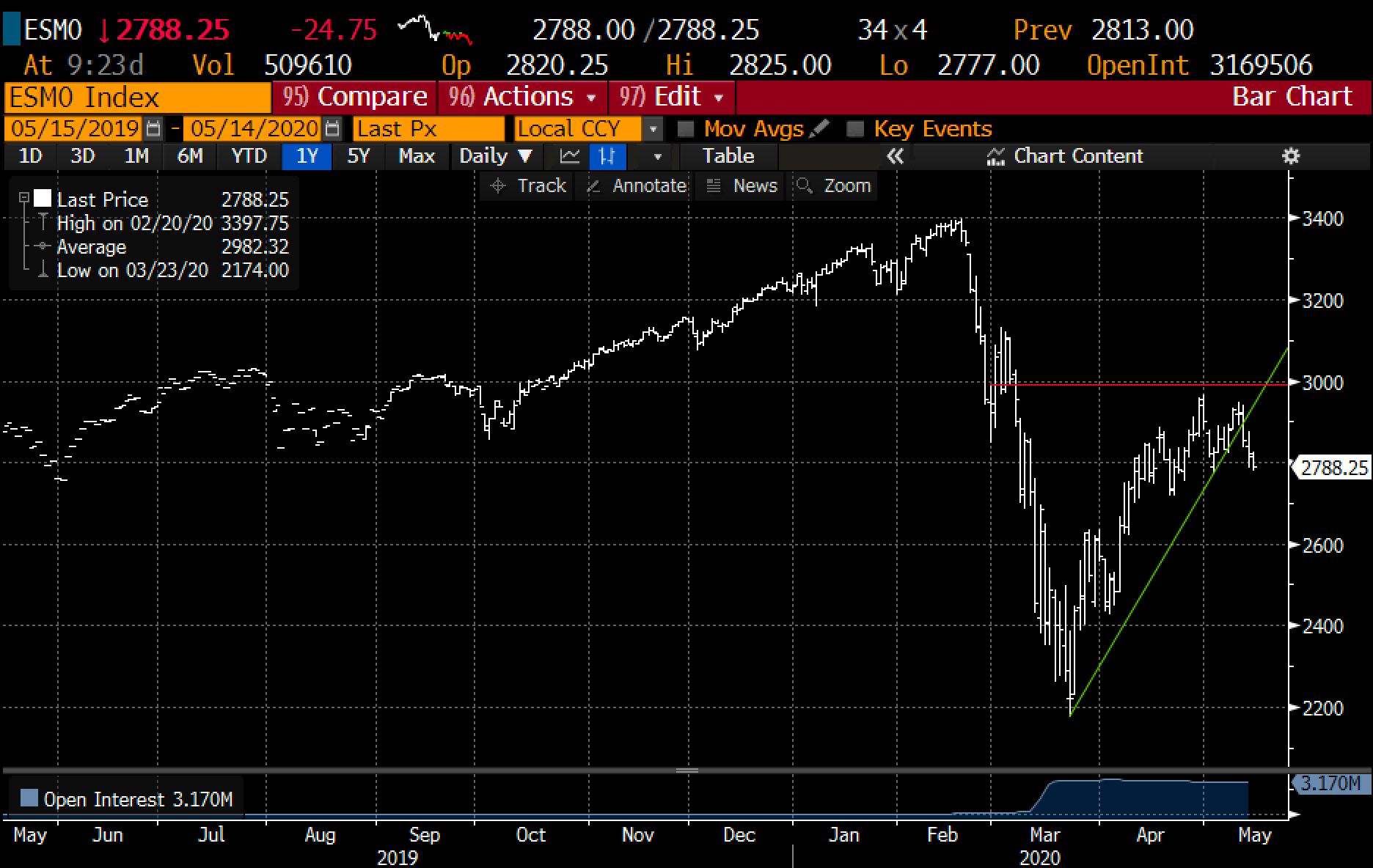 As I mentioned last night on CNBC’s Fast Money, the SPX has gone NOWHERE in the last month, and the last year for that matter, and is trading at nearly the exact mid-point of the range from the Feb highs to the March lows: 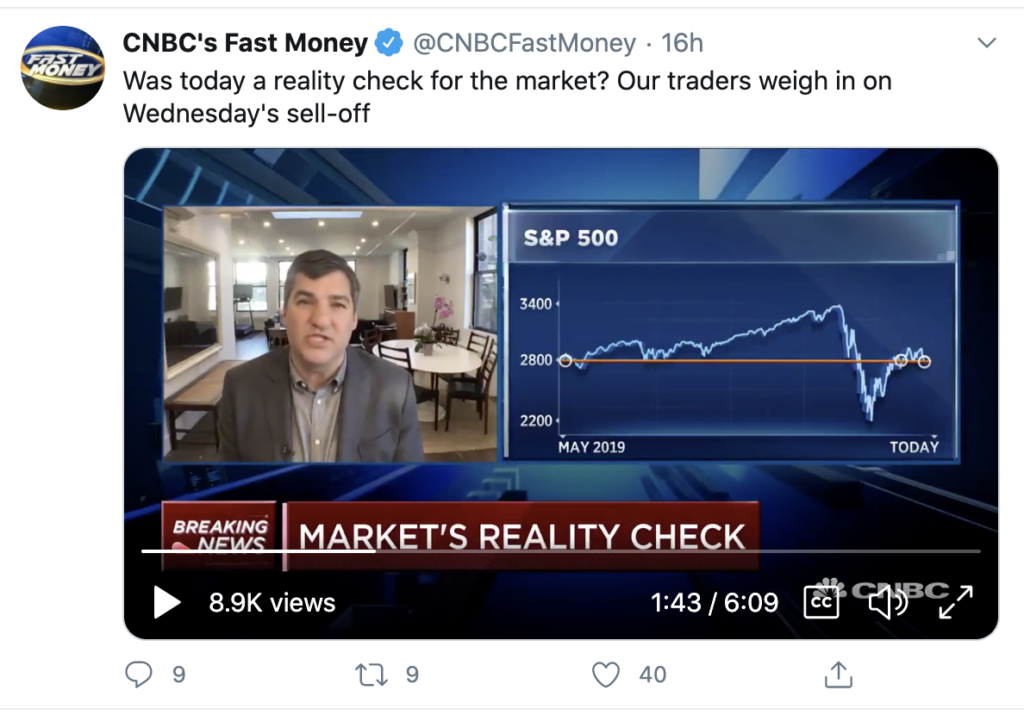 And it’s not just stocks flashing the warning sign, the yield on the 10-year U.S. Treasury feels like it has a weight tied around its neck… 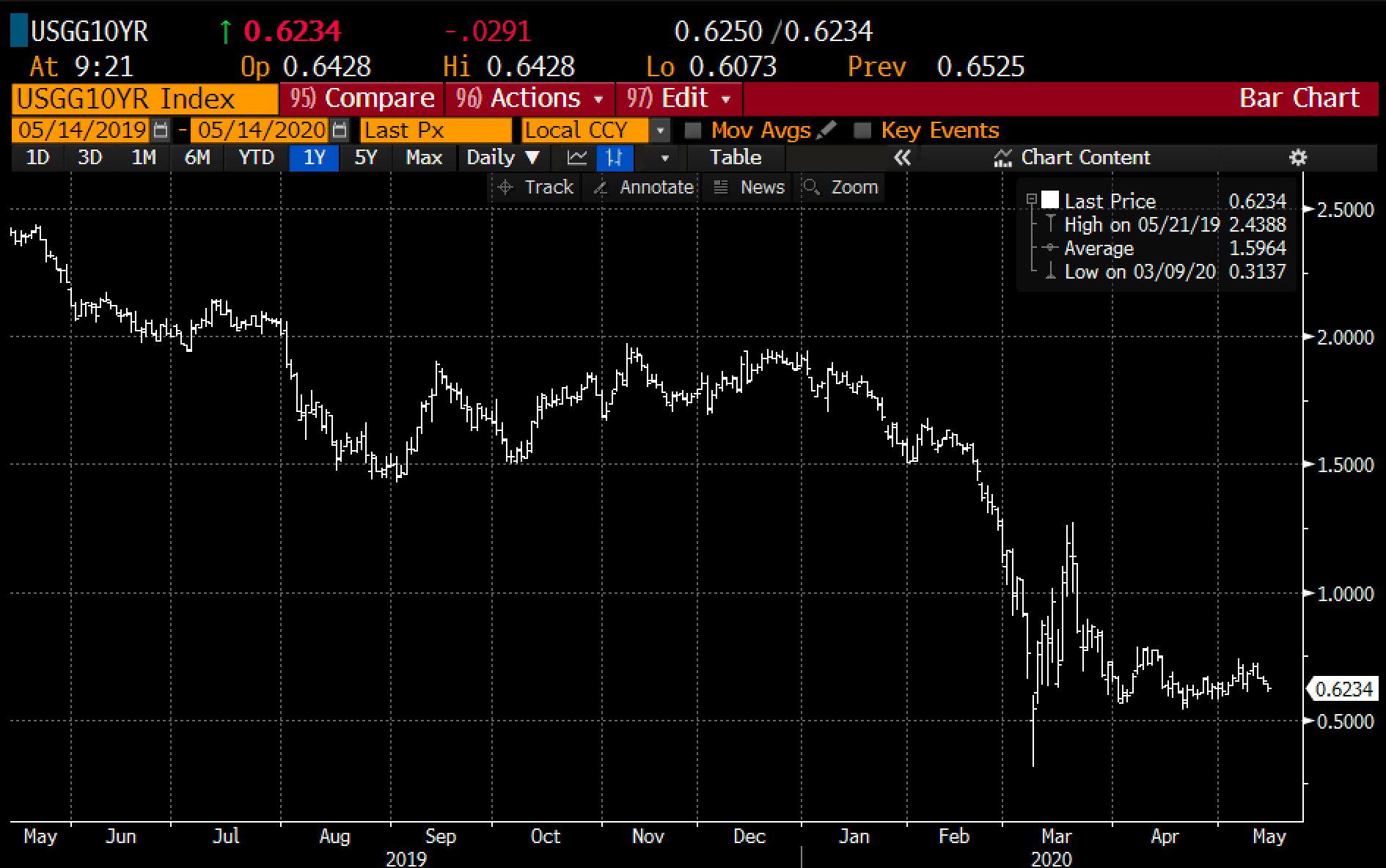 Yeah Yeah I know the Fed is saying that we are in QE-infinity and they will do whatever it takes to keep this ship afloat, but be careful what you wish for because there are certain parts of the equity market that are screaming in silence right now that they do not want to see negative rates… on Monday’s Fast Money I suggested that the chart and direction of JPM in the near-term might be the most important chart in the entire stock market, as far as a barometer of the next major move in the broad market:

This is the most important chart in the market right now, says @RiskReversal. Here’s what it could be saying about the U.S. economy. pic.twitter.com/YJnOMjILzj

JPM is quickly approaching its March lows which also line up with its late 2016 breakout level: 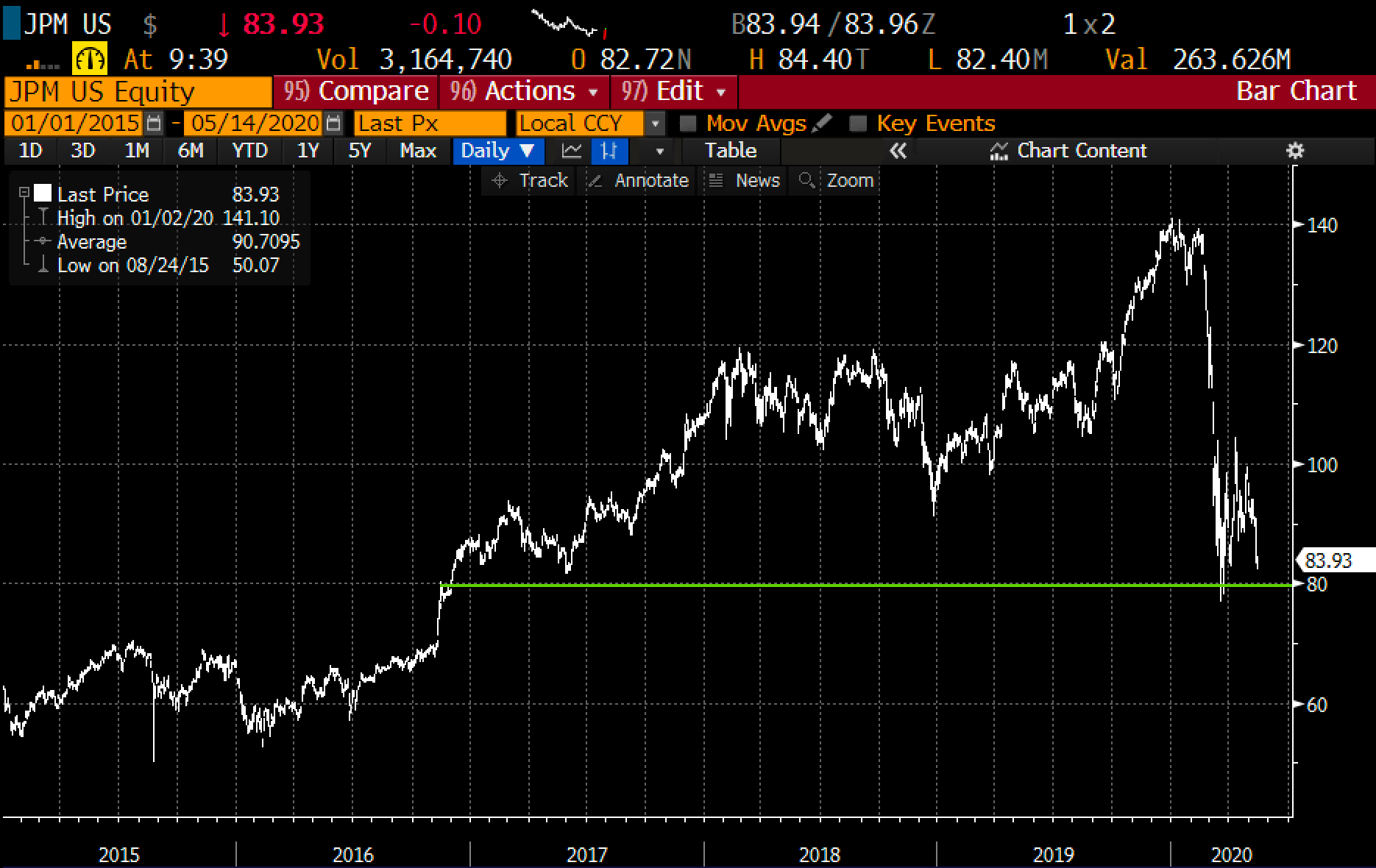 The stock market is being buoyed by mega-cap tech and held back by the most financially sensitive sectors, those that can’t make money in a zero (or negative rate environment) that have exposure to corporate defaults and a strapped consumer… while the crowding in MAGA and growth tech suggest that investors have no other place to put their money so why not stick with the horses that got them here. The fear here is that the latest buyers are weak hands, and if the SPX is on its way back to 2600 were could see a sort of snowballing effect in the most crowded names.

I had some thoughts on the QQQ on Monday (read: Seriously…F’ MAGA):