Yesterday in my weekly In The Money segment with Fidelity Investments I discussed the growing divergence between the market-cap-weighted S&P 500 index (SPX) and the Equal-Weight S&P 500 index (RSP), watch by clicking below: 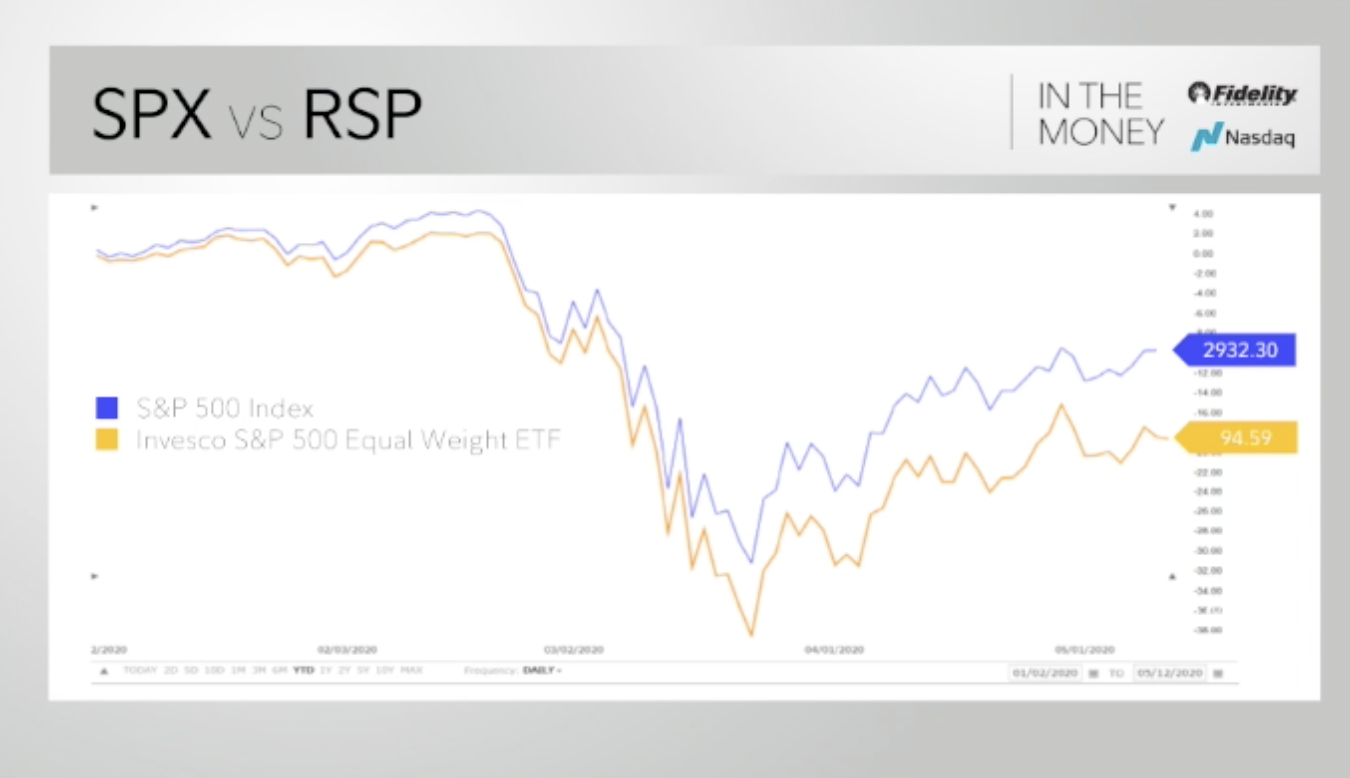 I also touched on the divergence between the leadership in the stock market, mega-cap tech, and the laggards, bank stocks, and offered a couple defined risk trade strategies using options.

First I took a look at Oracle (ORCL) as a potential “catch-up” trade to some of its tech peers… If tech is going to continue to lead the market higher I would expect the rally in the group to broaden out a bit, away from MSFT, AAPL, GOOGL & AMZN… ORCL is banging up against an interesting technical level, the well-defined downtrend from its all-time highs last summer, with a target back to the highs at $60. here are my notes from yesterday:

Rationale: this trade idea risks less than 3% of the stock price, has a potential payout of 3x the premium at risk if the stock is back up at the prior highs in a little more than a month, which should include a catalyst of earnings in the third week of June. 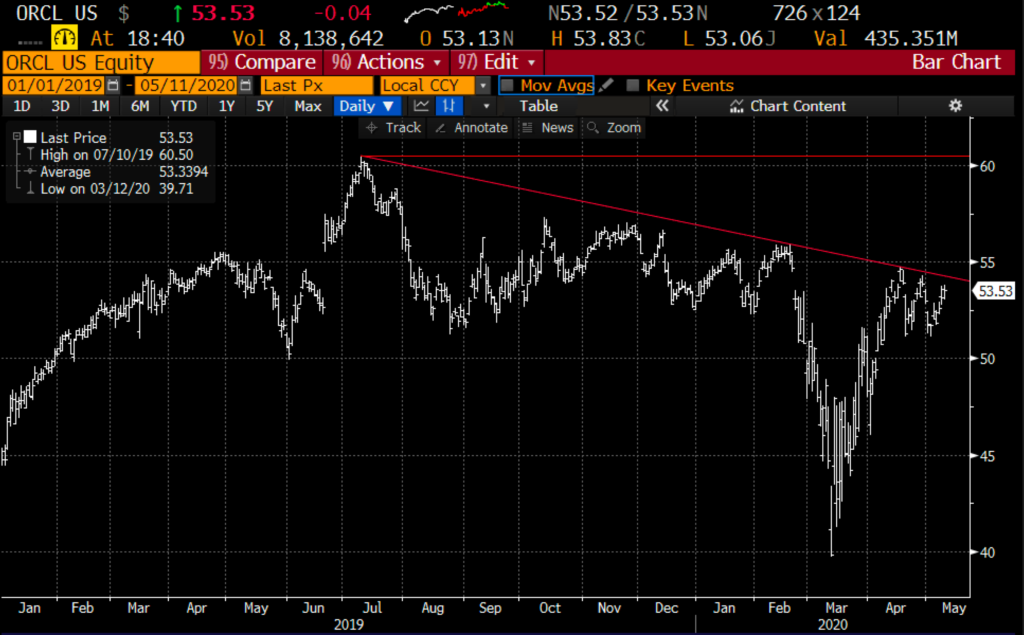 And to the bank stocks, which I have routinely pointed to from the March lows as a group that is saying something very different about the economic recovery than the defensive crowding in mega-cap tech.

Trade Idea #2: Bank stocks act horribly… Worst of breed WFC making new 52 week lows… JPM best of breed massively underperforming the SPX down 35% year to date and breaking the uptrend that has been in place from the March lows… Banks, in my opinion, telling the story about the state of the real economy… not tech, they are just the perceived monopolies and people crowding into them.

Look to turn into a vertical put spread on the first leg lower by selling a lower strike put in July, reducing the premium at risk.

The rejection at the early March breakdown level and he breakdown below the uptrend from the March lows makes a test of those lows very likely in my opinion in the coming weeks/months: 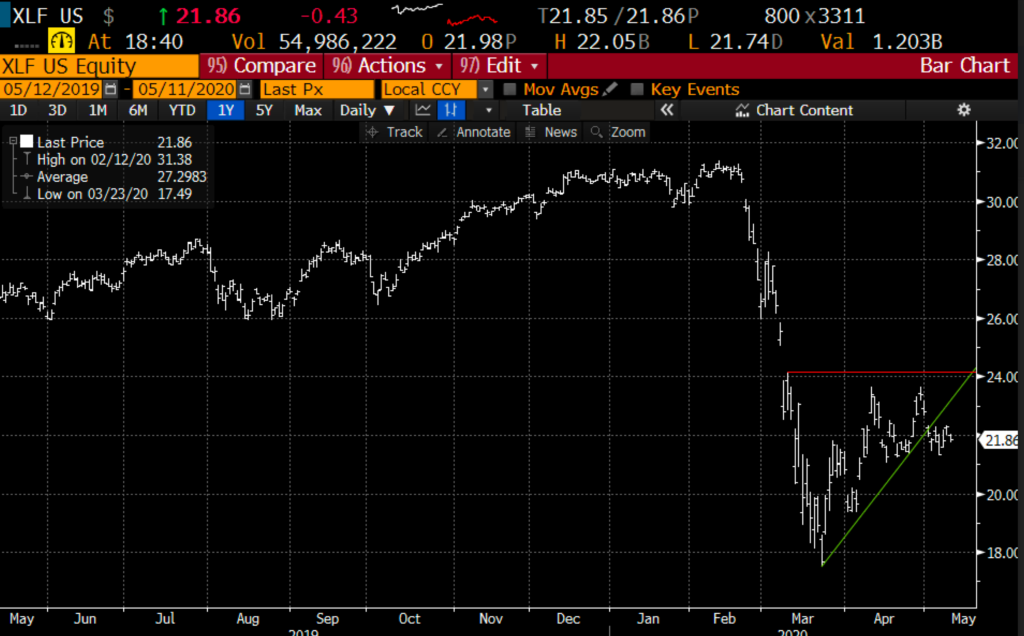 We also looked back on how to manage a hedge against a long stock position. Last week prior to ROKU’s earnings report I detailed how to use a collar, selling an out of the money call and buying an out of the money put to define your downside risk while allowing for upside participation for a defined period of time:

Here was the example from last week:

With the stock at $132 the short 145 call is worth 80 cents, the long put is long 10 cents… stay long the put, keep a close eye on the short call, the idea is for both to expire worthless on May expiration, but also need to re-evaluate whether or not to stay long based on the results and commentary from the company.