This tweet from @NorthmanTrader regarding an observation from technician Jonathan Krinsky also on Twitter regarding Apple’s (AAPL) recent price action caught my eye as I, like all of you have been counting the days until it retests it prior all-time highs…

The stock has now gained 50% from its intra-day low made on March 23rd, now just 3% from those prior highs 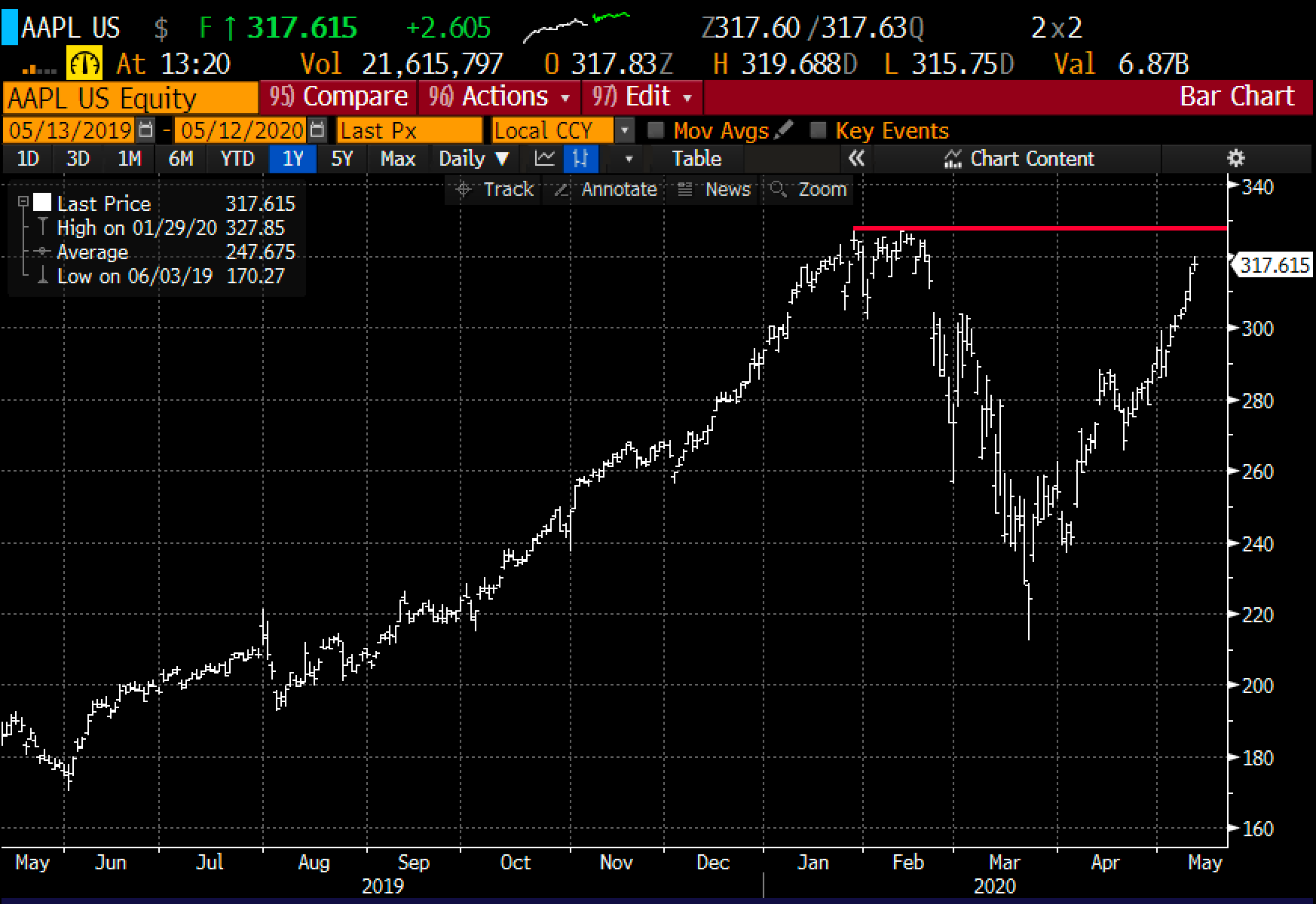 It is worth noting that MSFT’s chart is nearly identical, up 40% from its March lows and now only 3% from its February all-time high: 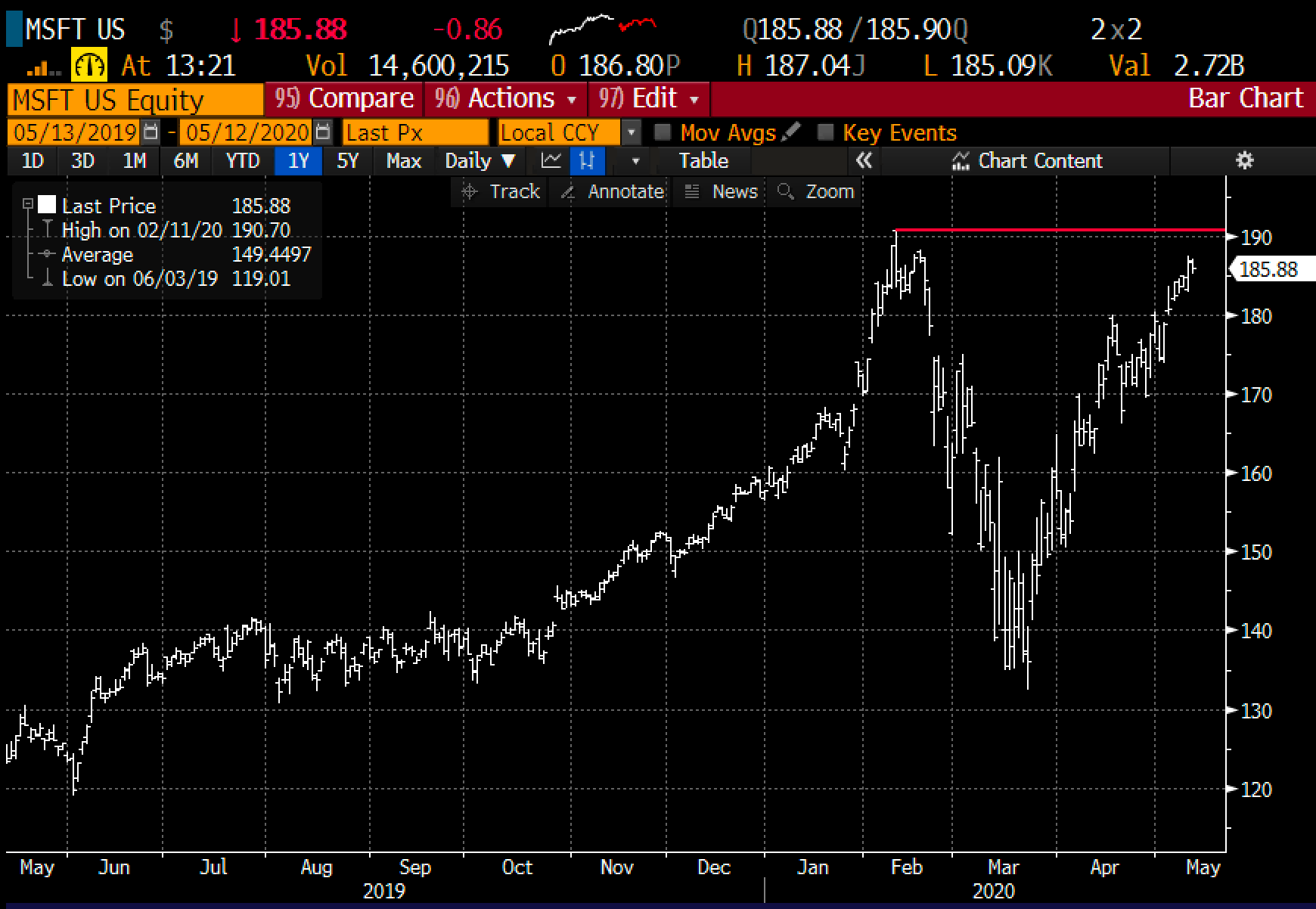 And GOOGL, up nearly 40% from its March lows but 9% away from its Feb all-time highs, despite being at a very noticeable resistance level: 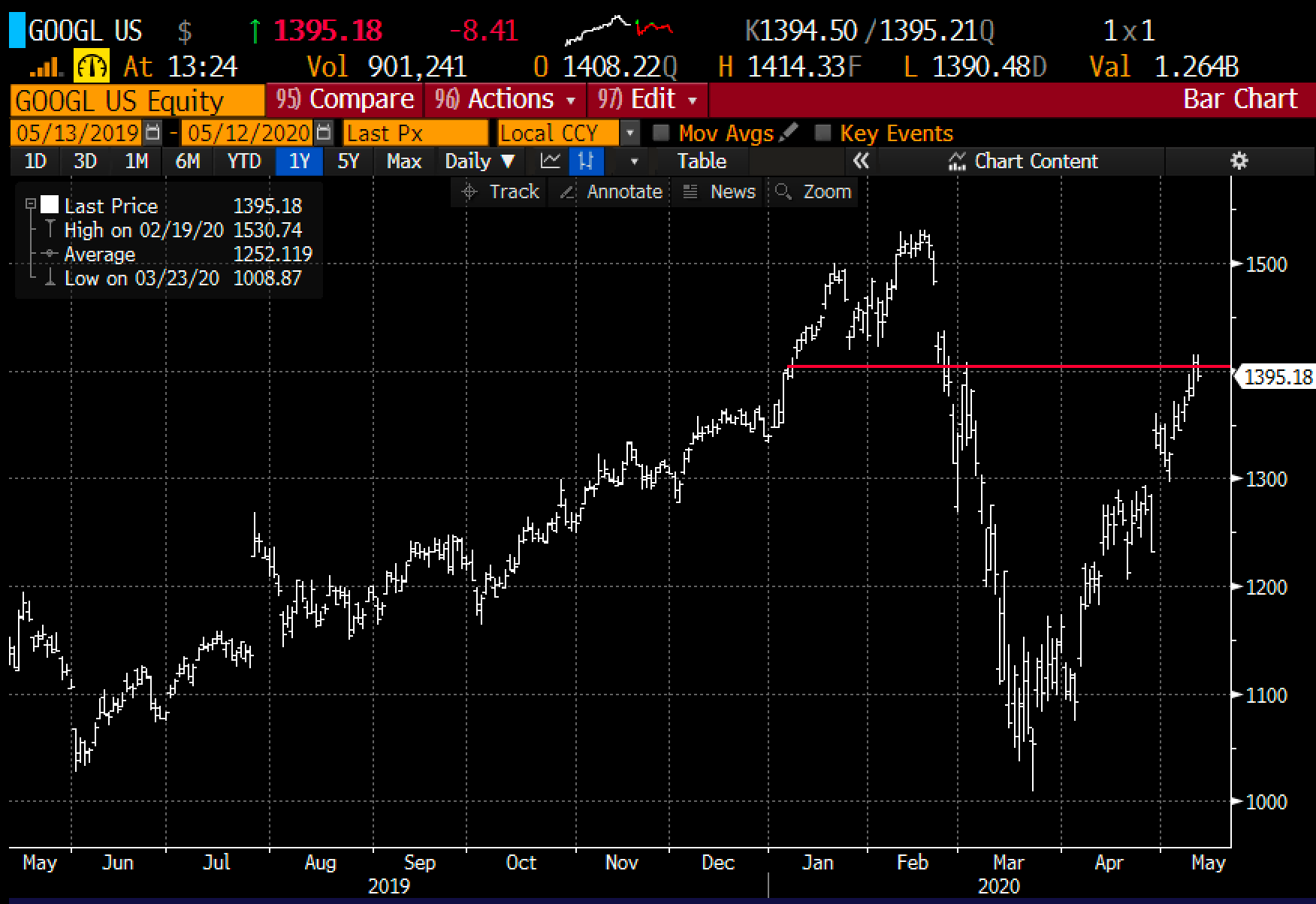 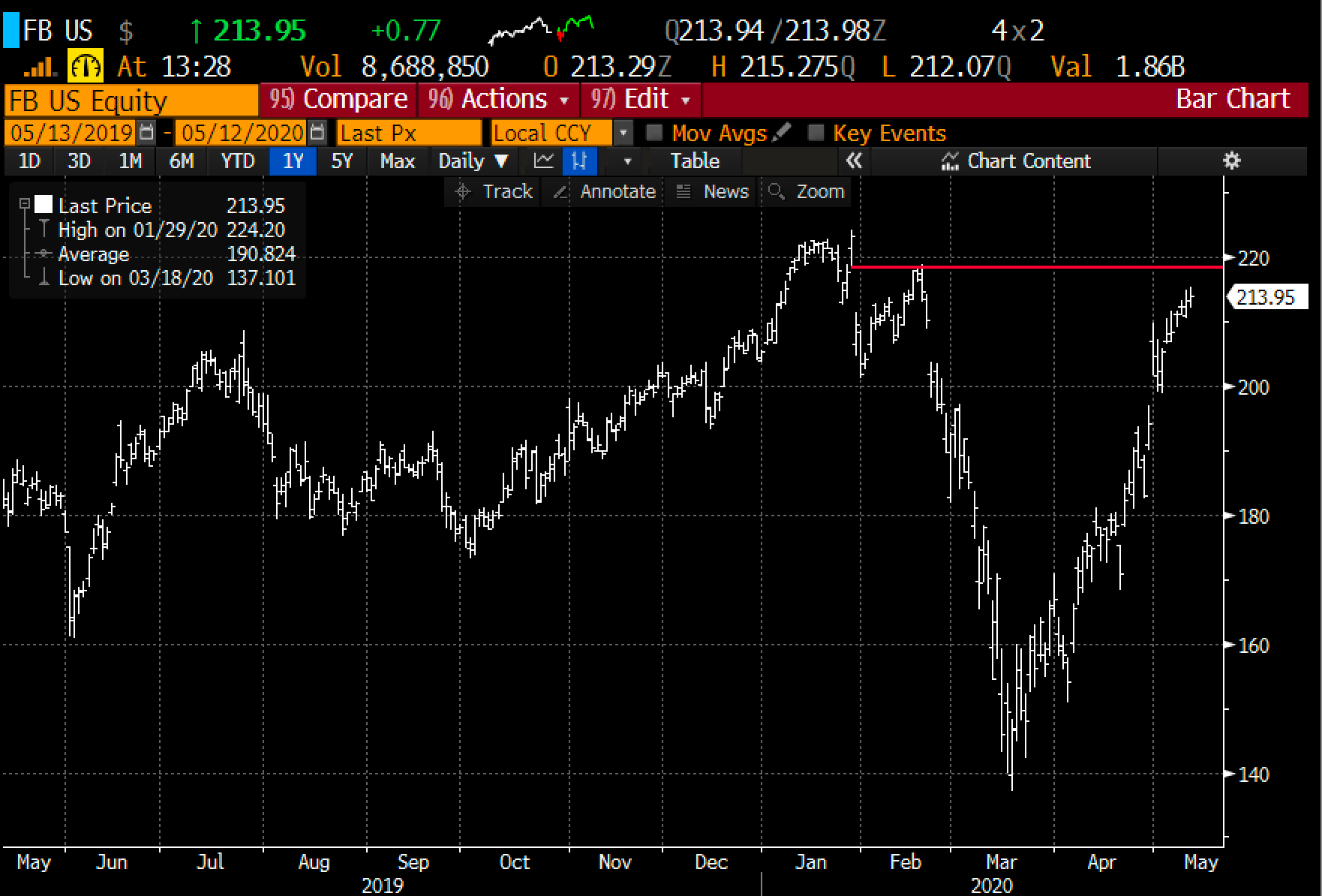 We know what happened last month when AMZN approached its all-time highs, it broke the F out in a massive way: 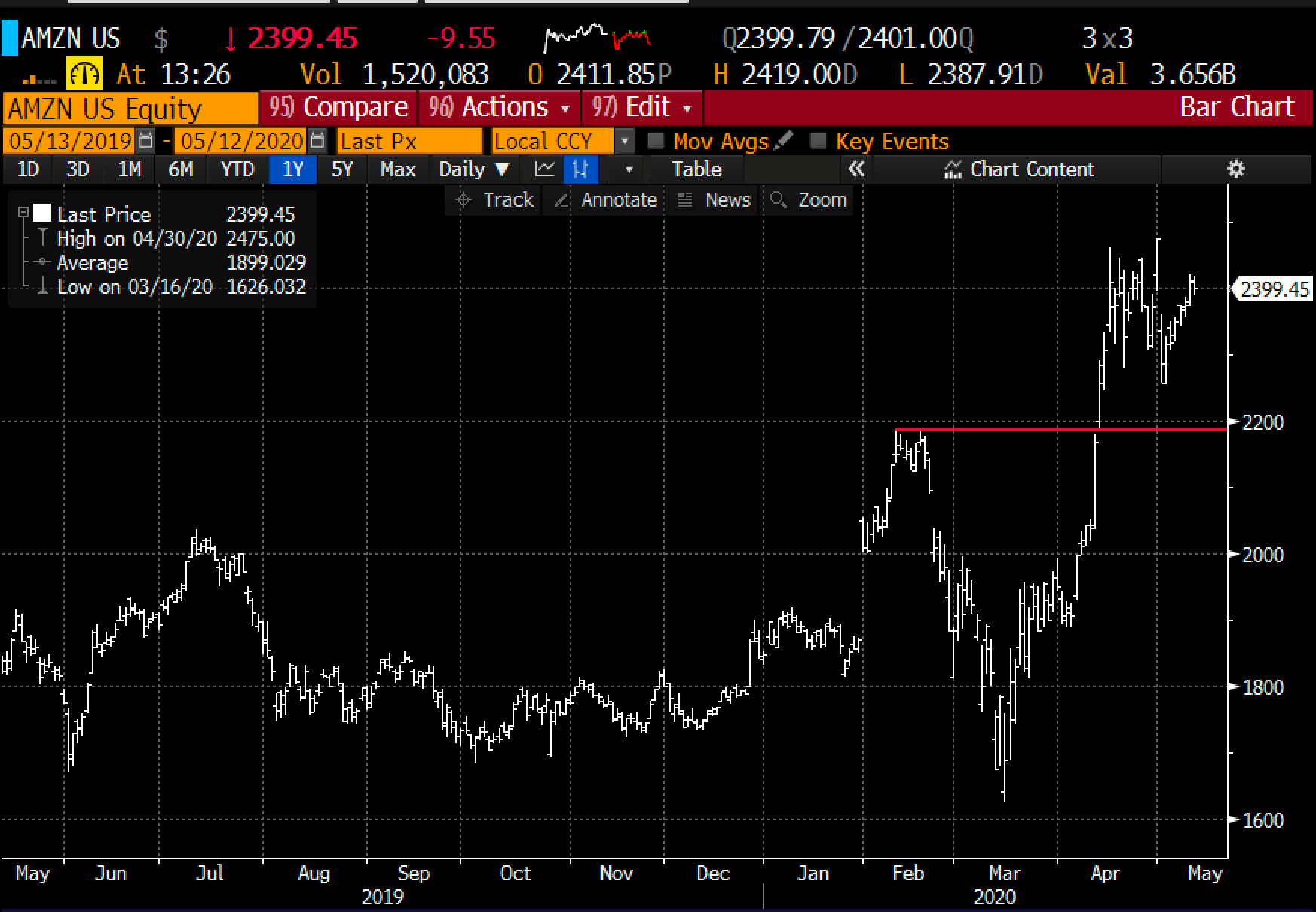 While short-dated options prices are down considerably from the March highs, they remain well bid, but they are not likely to go to much lower in the current environment unless the names above all do what AMZN did last month in the coming weeks, which would also mean that the SPX and the Nasdaq would likely be back within a few percent of their Feb all-time highs: 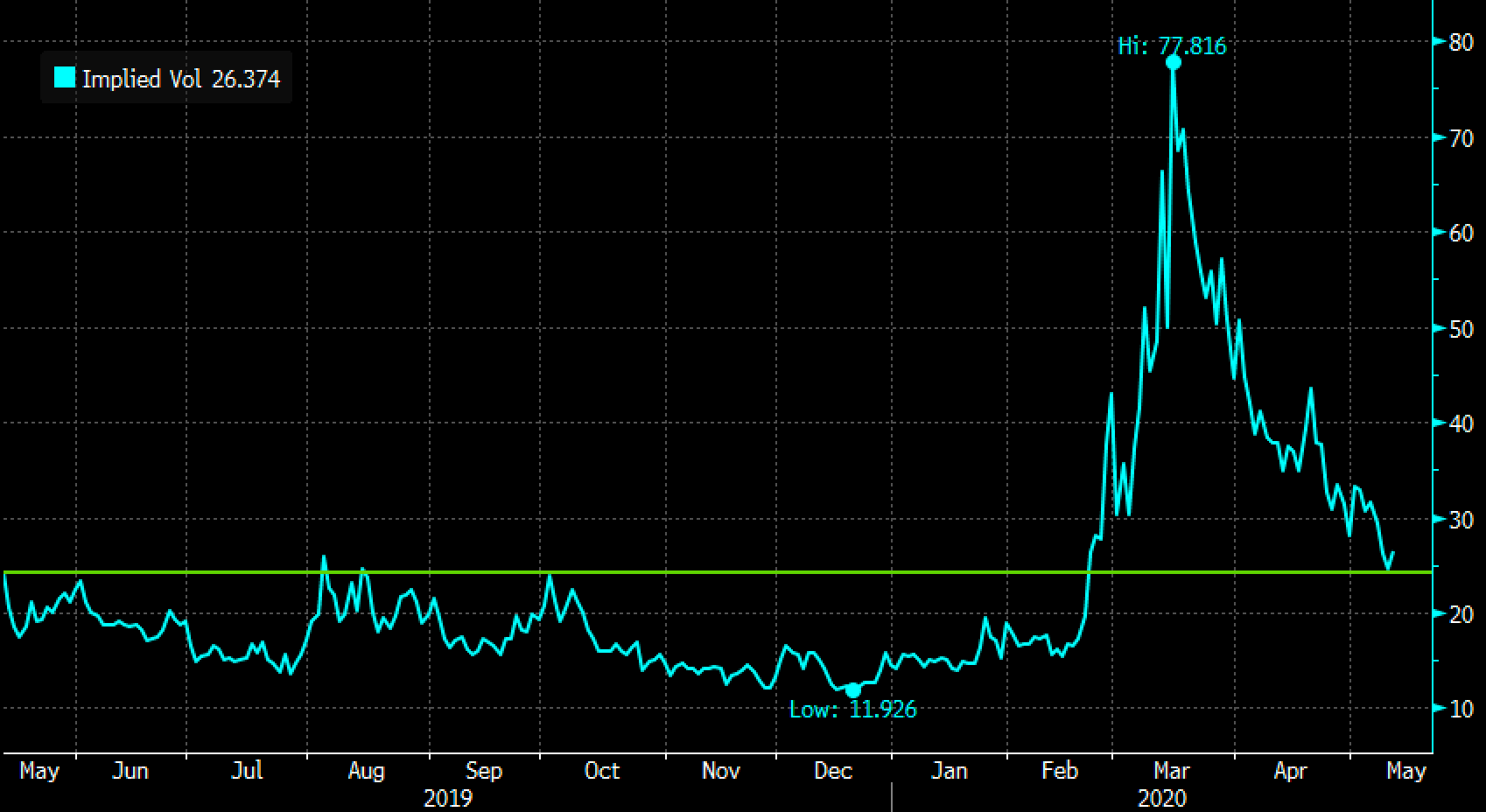 So what’s the trade? I’m inclined to take another shot at a Nasdaq reversal, consider a put spreads in June 30th quarterly expiration…

To my eye, the QQQ is at technical resistance, and the next support level is $210, and then down near its 200 day moving average just above $200: 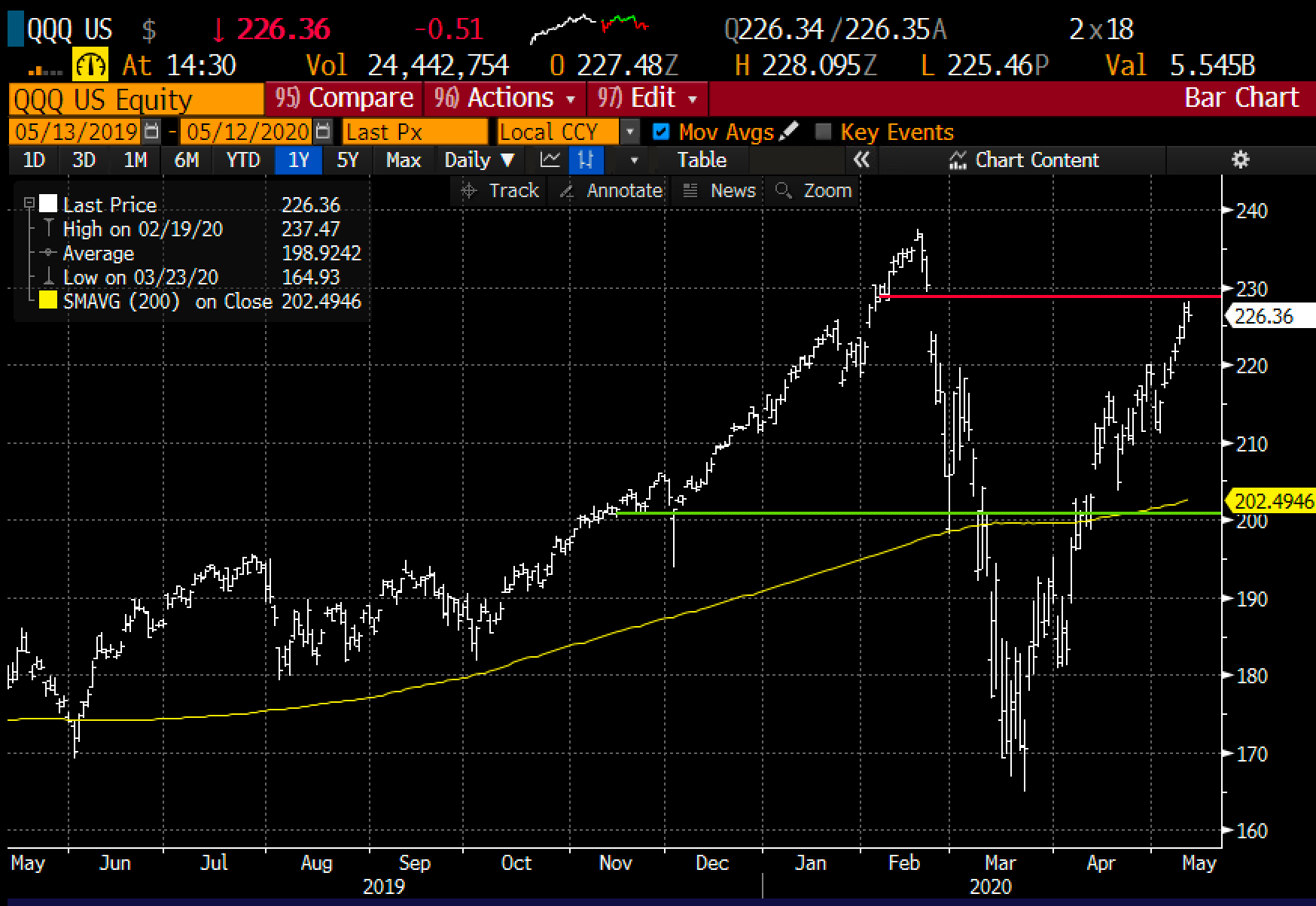