Yesterday in my weekly In The Money segment with Fidelity Investments we discussed the current trading range the S&P 500 (SPX) has found itself in over the last month as investors contemplate potential opportunities of economies, here and abroad reopening vs the risk of re-opening too soon and having the coronavirus spread again to levels that might cause further lockdowns. Some stocks, such as Starbucks (SBUX) have demonstrated extraordinary volatility in 2020, but as the company signals that it will reopen 85% of their company-owned stores in the U.S. the stock’s recent strength might discount any and all good news in the near-term. We also discuss a hedge for long holders of Roku Inc (ROKU) into their earnings tomorrow and detail trade management in a prior bullish trade idea in Gilead (GILD). Click below to watch: 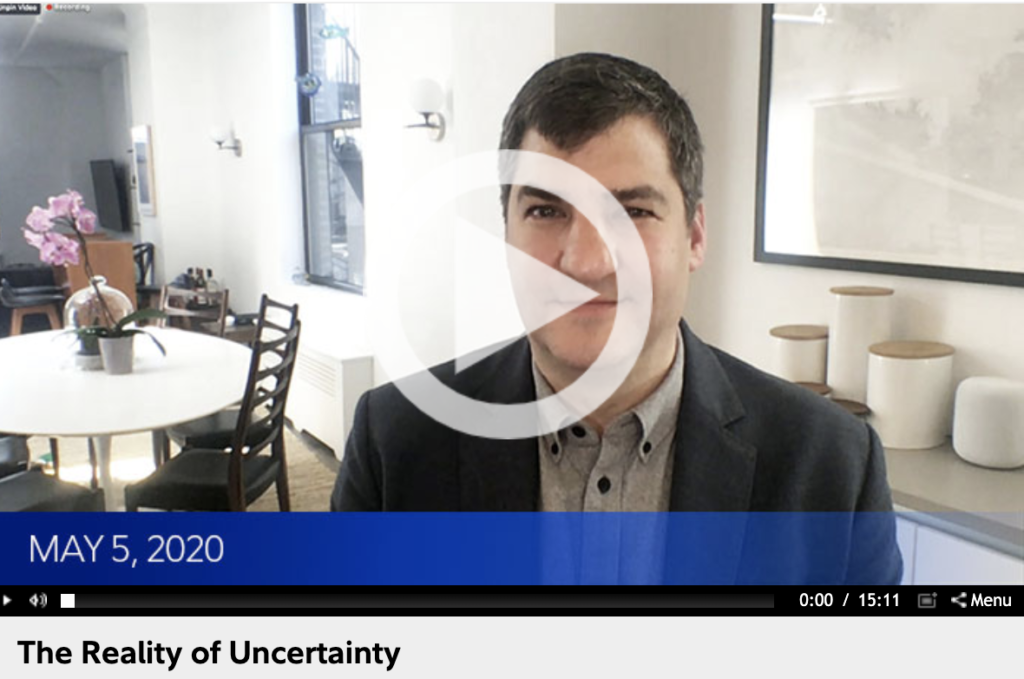 Here are my notes from the recording yesterday morning May 5th:

Trade Idea: Short SBUX… was oversold and got down to massive long term technical support in late March… had a 60% bounce… they started to open stores in China a few weeks ago, this week stated they will look to re-open 85% of company-owned stores…the stock’s bounce, in my opinion, reflects a way to the optimistic outcome, costs are going to be up a lot, and sales down at least 20% given new procedures. Might be a “sell the news” once the realization that operating in this environment might be entirely unprofitable…

Rationale: risk 4% of the stock price for a break-even down 7% with the profit potential of up to 13% if stock is down 20% by July expiration. 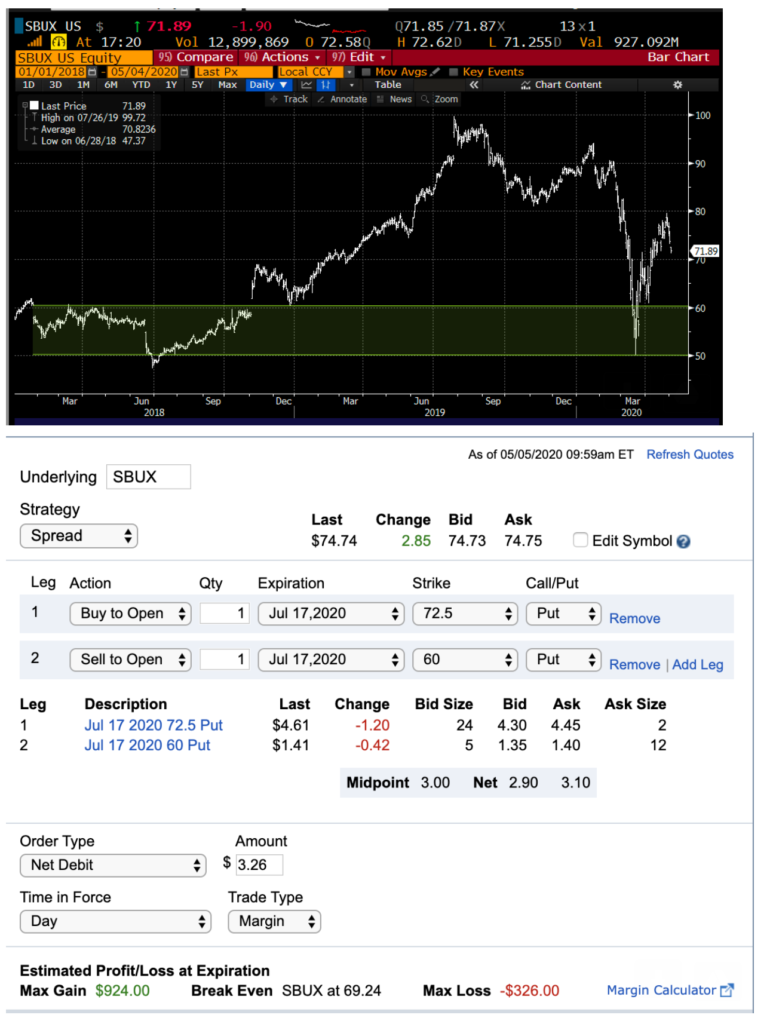 I was asked by a friend who is an enthusiastic equity investor, but very new to options how he might hedge his long ROKU position into earnings this Thursday. He has been long the stock for a year and endured the extreme volatility, and despite them already pre-releasing some very good user numbers he is more concerned with extreme downside volatility than a huge rip Higher post results in the stock… I detail a collar strategy in the name:

ROKU will report Q1 results after the close on Thursday… the options market implying about a 14%, the stock has moved on an average day after earnings 20% since IPO in 2017.

AN investor would collar their stock into a potentially volatile event like earnings in a stock like this if they were more concerned with extreme downside as opposed to upside, willing to give up some potential upside for defined risk to the downside. 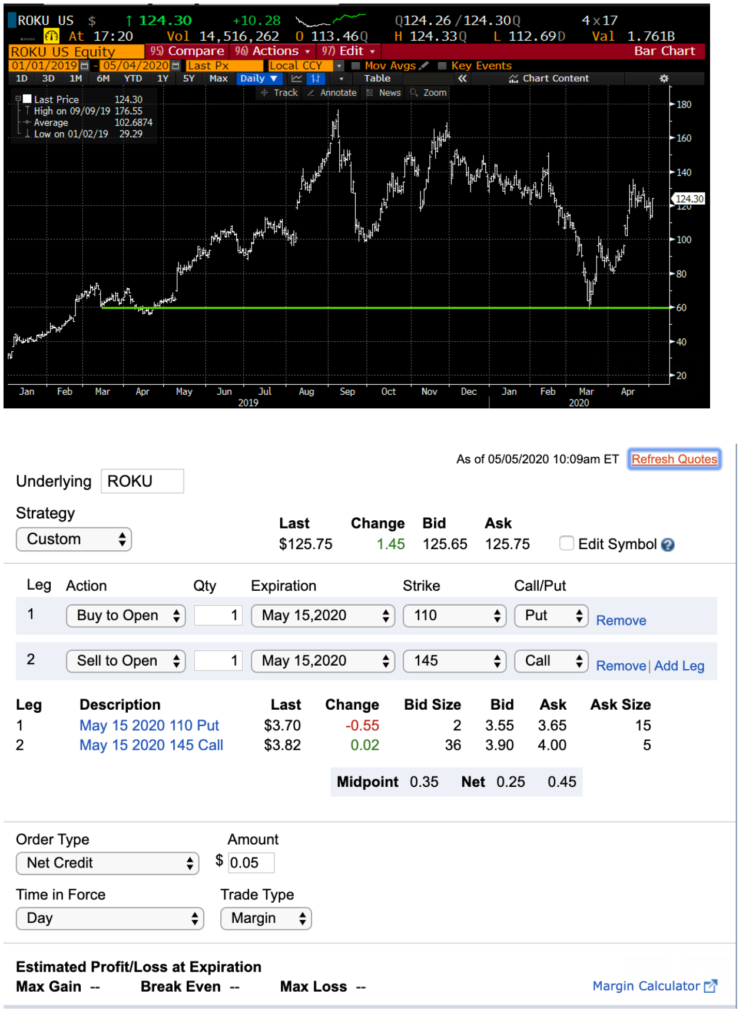 Lastly, we looked back on how to manage a short put spread, a bullish strategy first detailed on a segment back on March 31st:

GILD on March 31st I detailed a bullish strategy on the stock when it was $75.50:

With the stock near $80, and a little more than a week to May expiration, It makes sense to close this trade for a $1.80 profit… The risk is that some bad news came out between now and May 15th expiration and the stock went back to 65 and the short put spread would go from a $1.80 gain to up to a $3 loss… risking $3 to make 20 cents is not a great risk-reward.