Back on Feb 24th when the world was a very different place, Warren Buffett had the following to say regarding Bank stocks to CNBC’s Becky Quick: 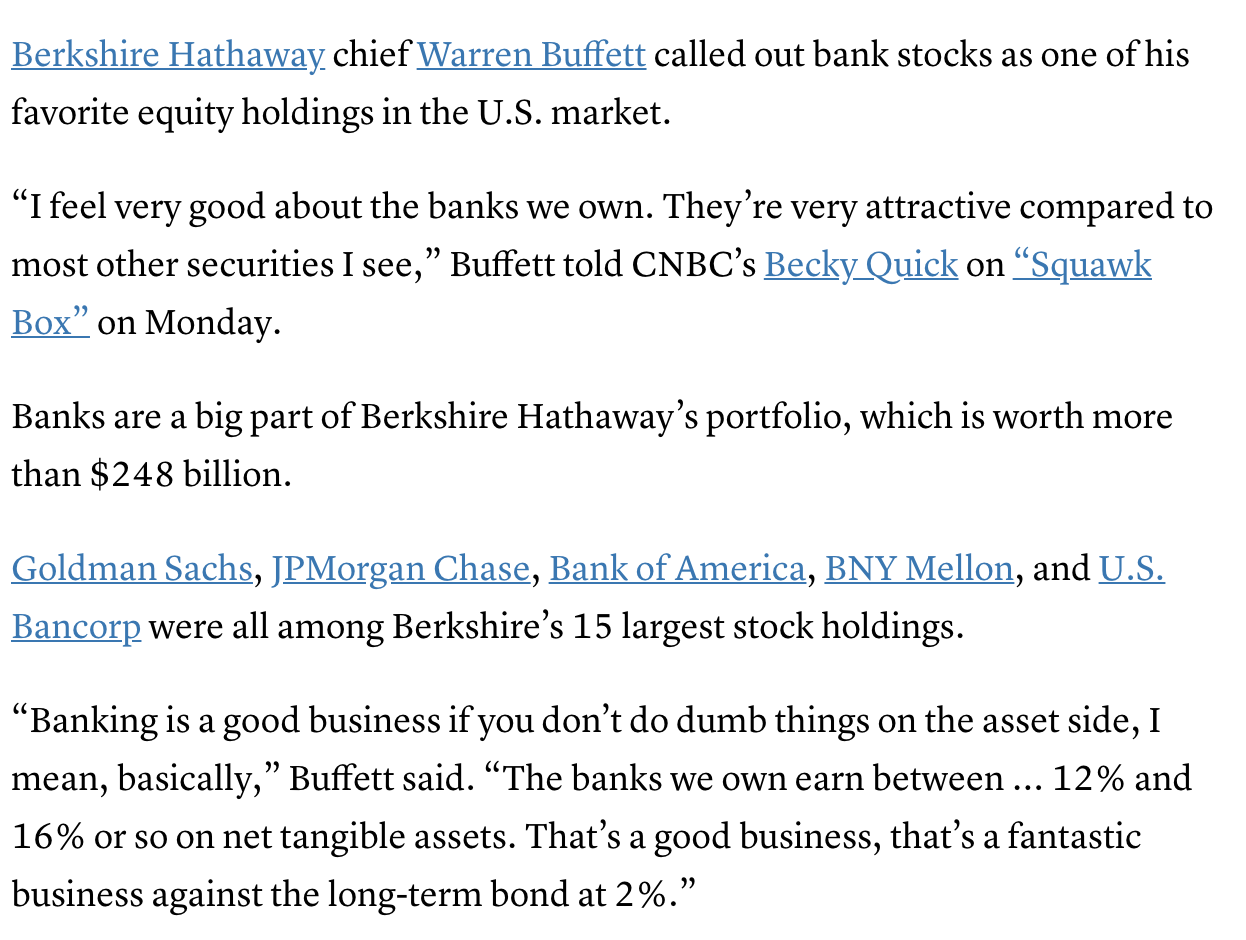 Despite reducing its position in the 4th quarter of 2019, Buffett’s Berkshire Hathaway remains the largest single shareholder of Wells Fargo, but he has been fairly forthright that his largest bank holding was in fact one of those banks who has done “dumb things” over the last decade. 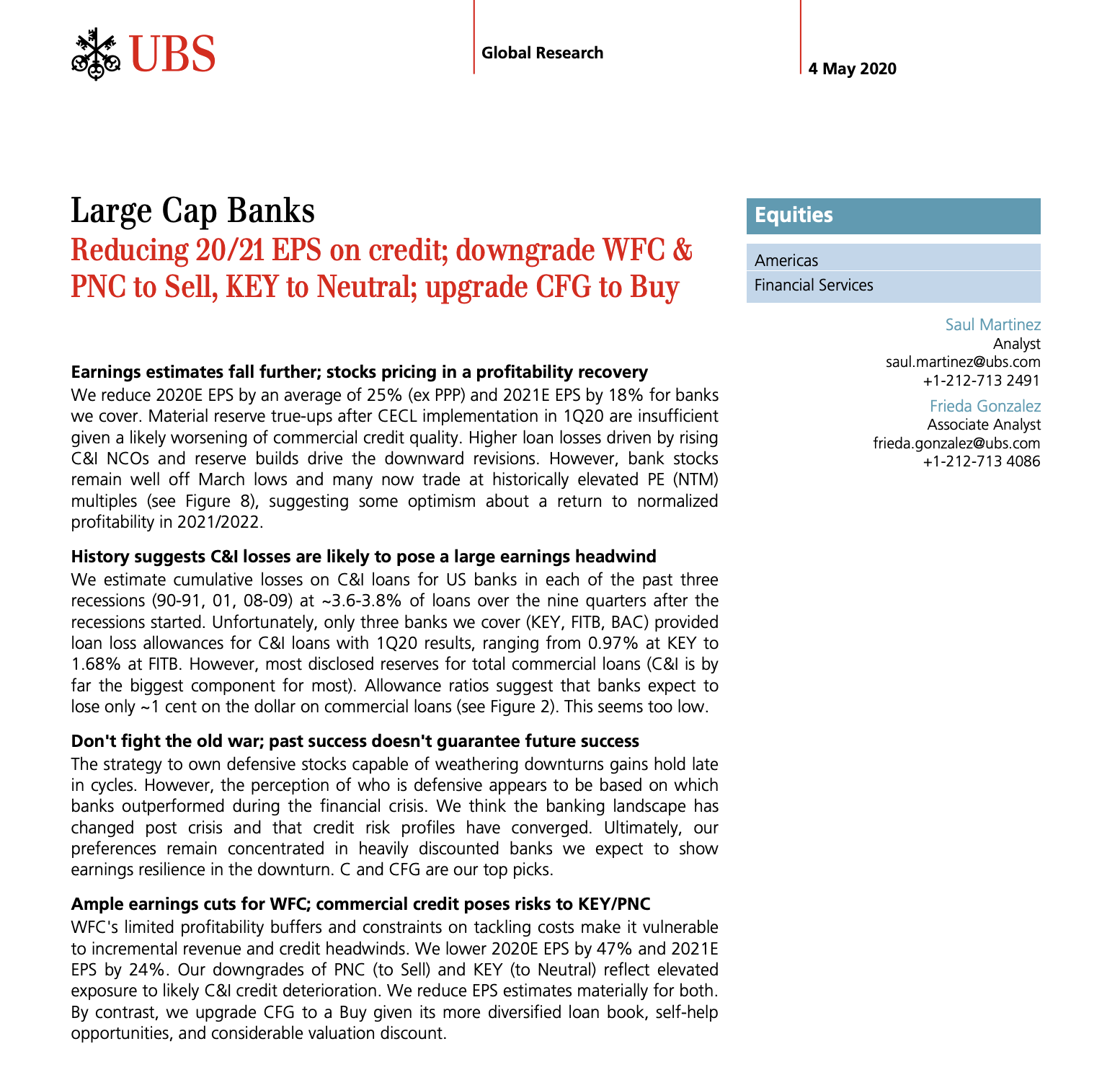 A Sell rating by a Wall Street investment bank on another Wall Street bank is usually reserved for a financial crisis or some form of fraud. We know that Wells checked the box on the Fraud part, culminating in billions of fines and increased regulation, but this sort of downgrade might be something we see spread to its peers if the recession we are in goes longer and is deeper than many market participants are currently pricing into the market at these levels. UBS is not alone on their distaste for WFC stock, there are only 5 Buy ratings, 17 Holds (which in Wall Street terms is essentially a Sell) and 7 actual Sells. In fact, the stock has fewer Buy ratings now than it did during the financial crisis, per Bloomberg:

Shares of WFC are down 49% on the year, and down nearly 60% from its all-time highs made in early 2018. When the stock broke below three-year support in the mid $40s, that was the neckline of a textbook head and shoulders top, it was lights out and now the next really support is the 2010 – 2011 double bottom low in the low $20s: 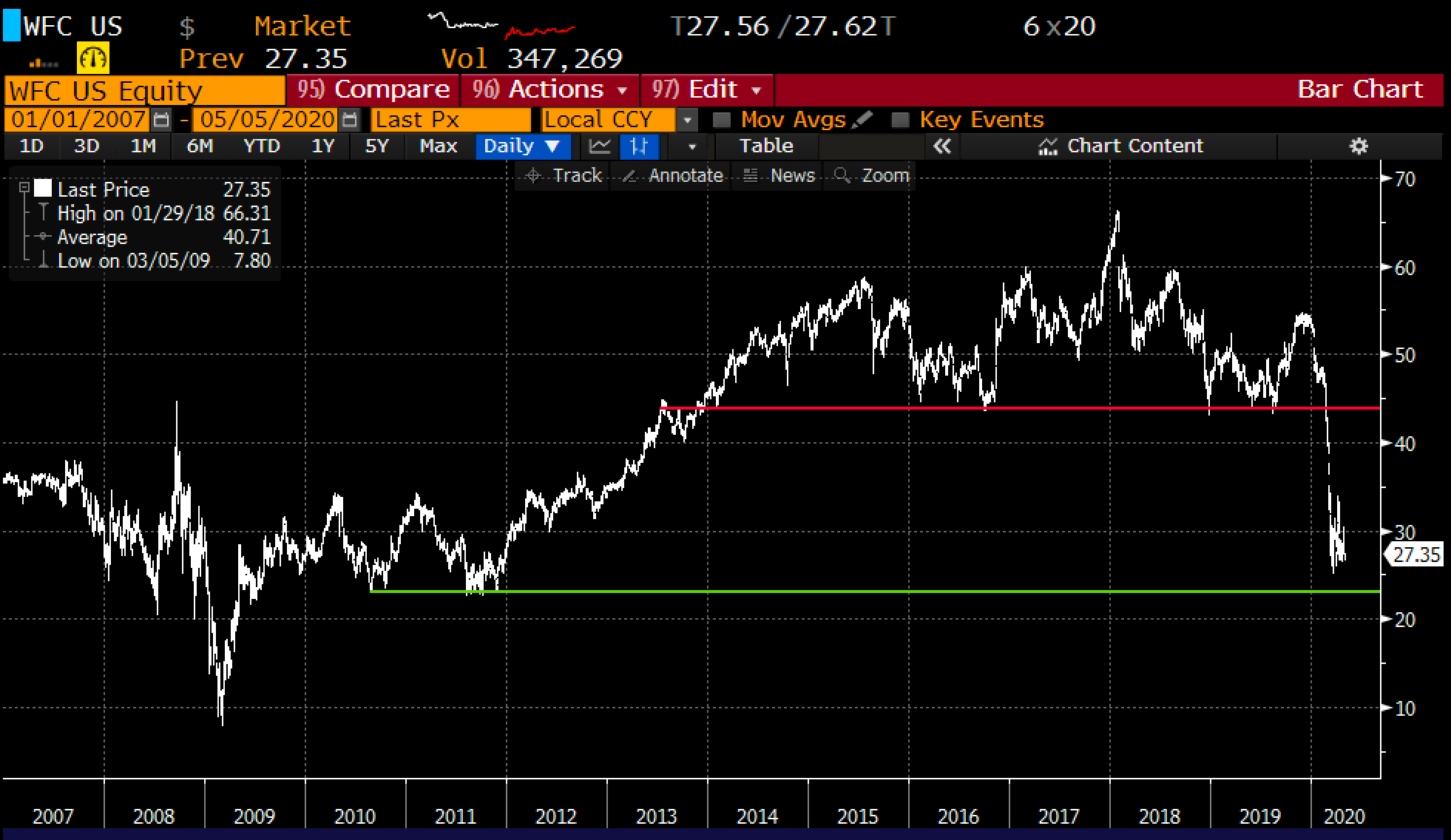 Last night on CNBC’s Fast Money we discussed this downgrade, I don’t exactly think the stock is a great press on the short side here… 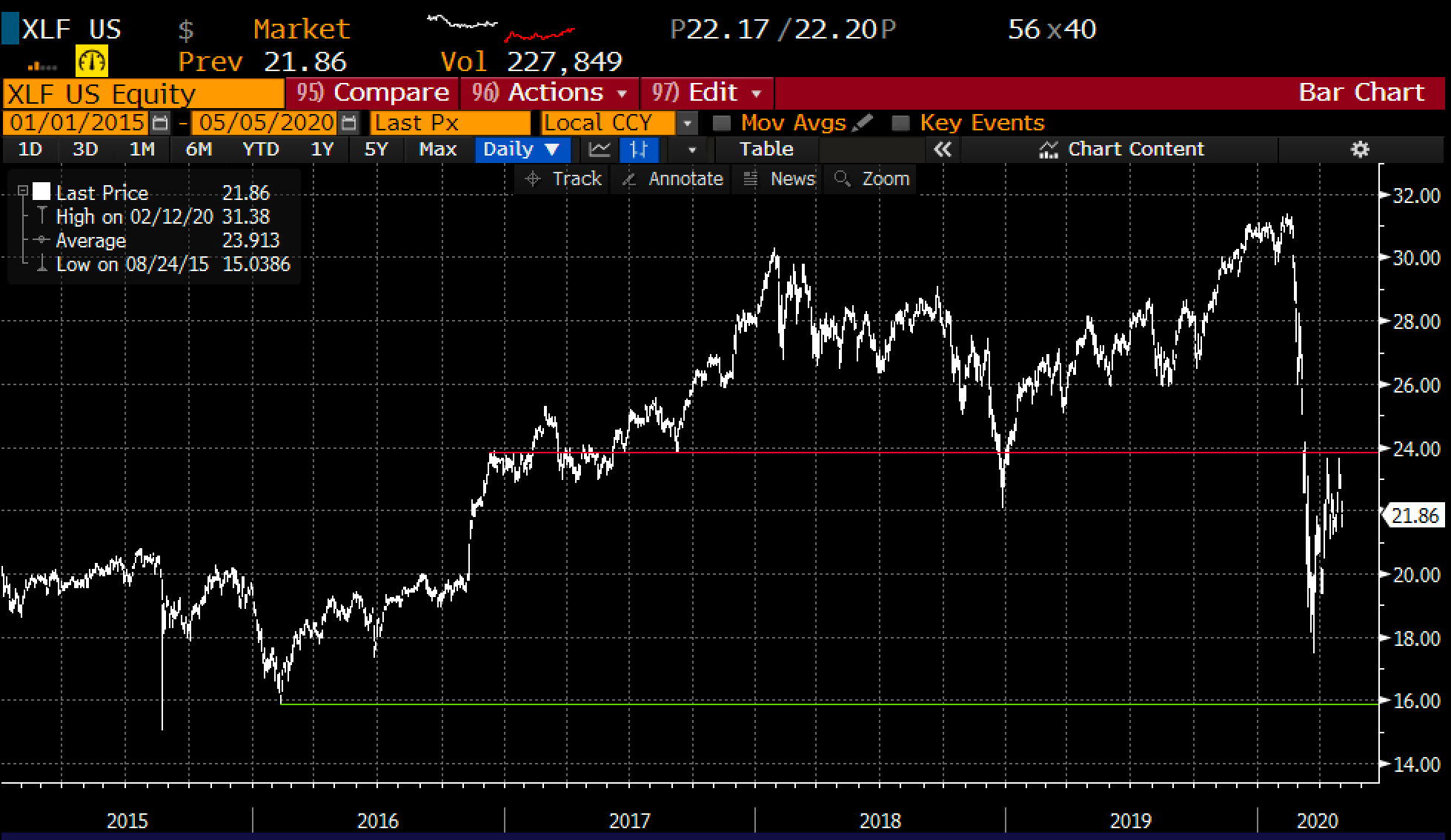