Yesterday on my In The Money series with Fidelity Investments we discussed the 20%+ rally in the stock market from the March 23rd lows and the likelihood of continued near-term gains based on the technical set up and the history of bear market rallies. I also detailed a contrarian defined risk strategy for those who think that Oil stocks will retest their February breakdown levels in the coming months and we did a look back on last week’s trade idea in Gilead (GILD). Watch by clicking below: 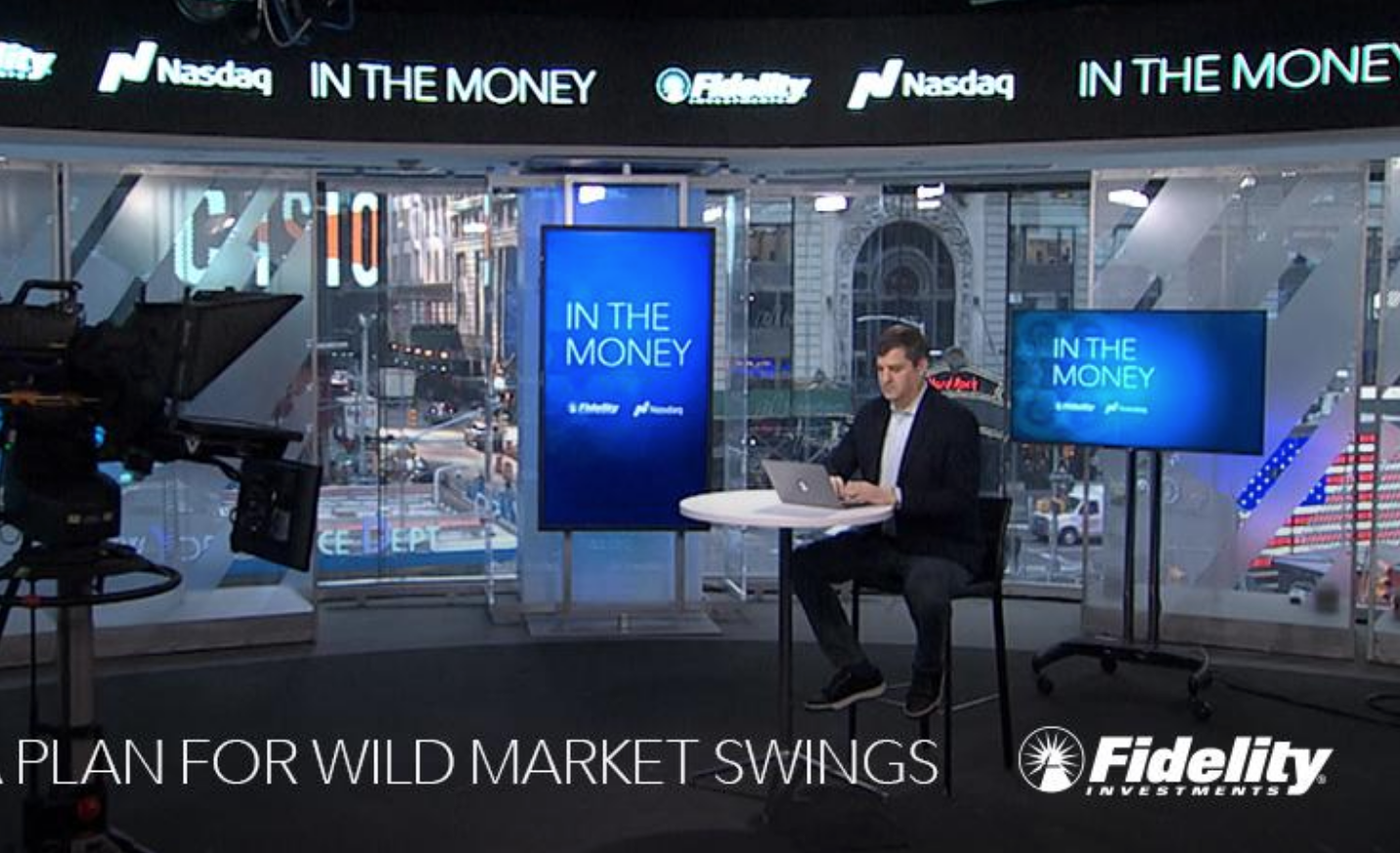 Here are my notes from the show:

Macro: 21% bounce off of the lows in S&P 500, as we have said in the past, 20% rallies features of bear markets, from the highs in 2000 to the lows in 2002 (50% peak to trough decline) there were four 20% rallies off of lows that failed…after topping out in Nov 2007, the SPX in 2008 there were two 20% ish rallies that failed before the market made a low in March 2009. That uptrend near 2500 is an important technical level as it was prior support, another break below and it could become resistance. 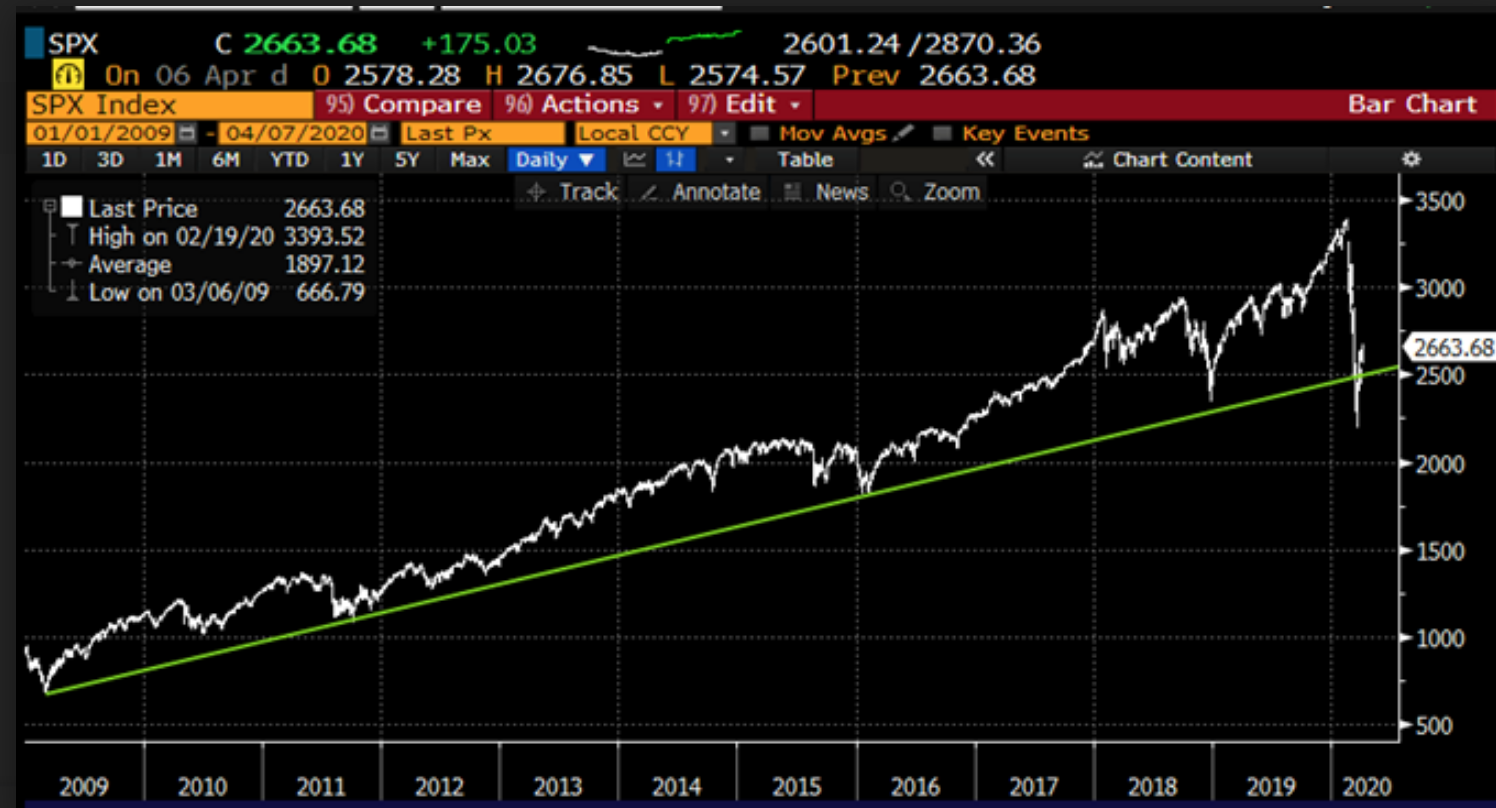 Trade Idea: Contrarian Bullish on Oil Stocks (XLE)… Crude Oil has gotten creamed this year, U.S .trying to get Saudis and Russian to agree on production cuts…Virtual OPEC meeting tomorrow, many are hopeful of a truce…Oil and producers should rally if they do,…

-Play for a move back to resistance at $50 in the coming months if we get decent news on production and if the global economy starts to reopen sooner than many think, sometime in the next month.

Rationale: this trade risks 10% of the etf price for two and a half months of long exposure, but UP 10%. It is important to remember that at its lows last month the XLE was down 60% on the year, while it has had a nice snapback off of the lows, it wouldn’t take much to get the XLE back above $40 in the near term. 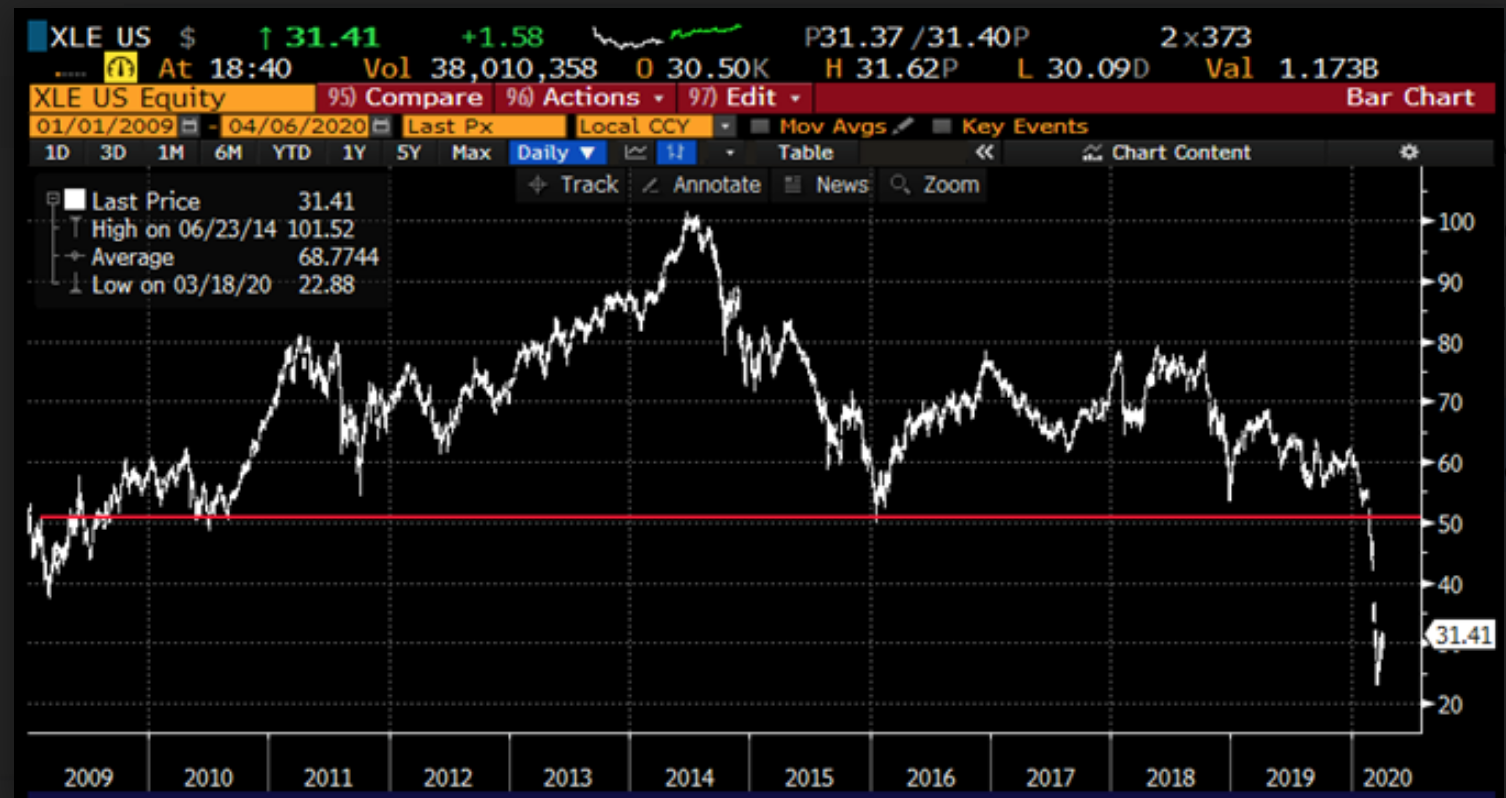 Today with stock at $74.50 this put spread is worth about $2…keep spitting on it and waiting for it to decay as it stays above the short strike of 70 between now and May expiration.