On March 3rd, after the etf that tracks the Nasdaq 100, the QQQ had a sharp bounce off its 200-day moving average, after its initial sharp decline from its February all-time highs, I detailed (QQQ-Tip?) a defined risk way to play for a retest of the prior low when the etf was $214.50:

On Friday the QQQ bounced at its 200-day moving average, which is also the 1-year uptrend, this would be my near-term target at the very least for a defined risk short trade but likely it would overshoot possibly below $190 near the Oct low: 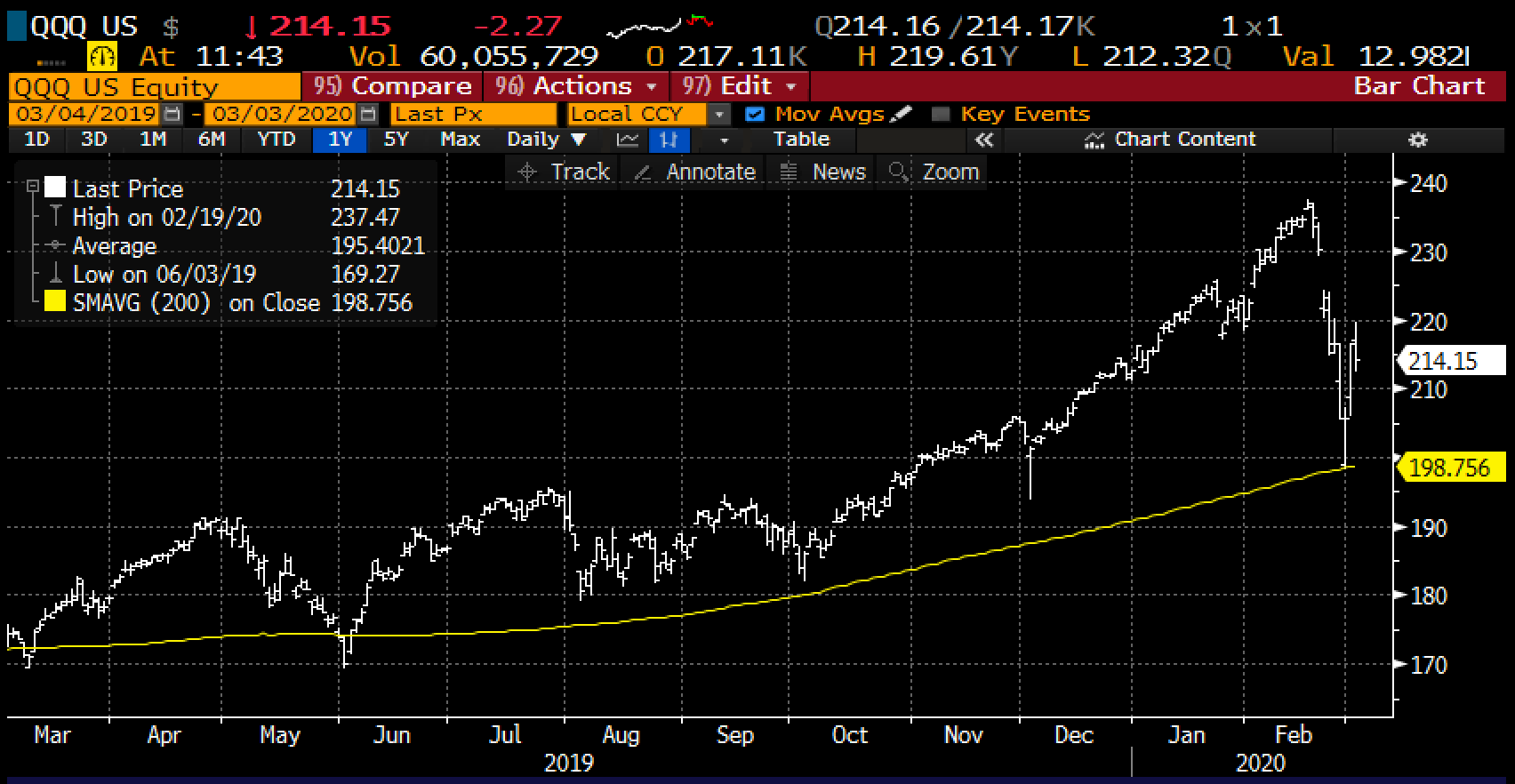 The QQQ did in fact re-test and break the Feb 28th low near $198, on its way to finding support at $170. What’s interesting about the QQQ set up today is that it is once again back near $198 and has seemingly failed at its 200-day moving average (yellow line) which was technical support in late Feb, but now serves as resistance: 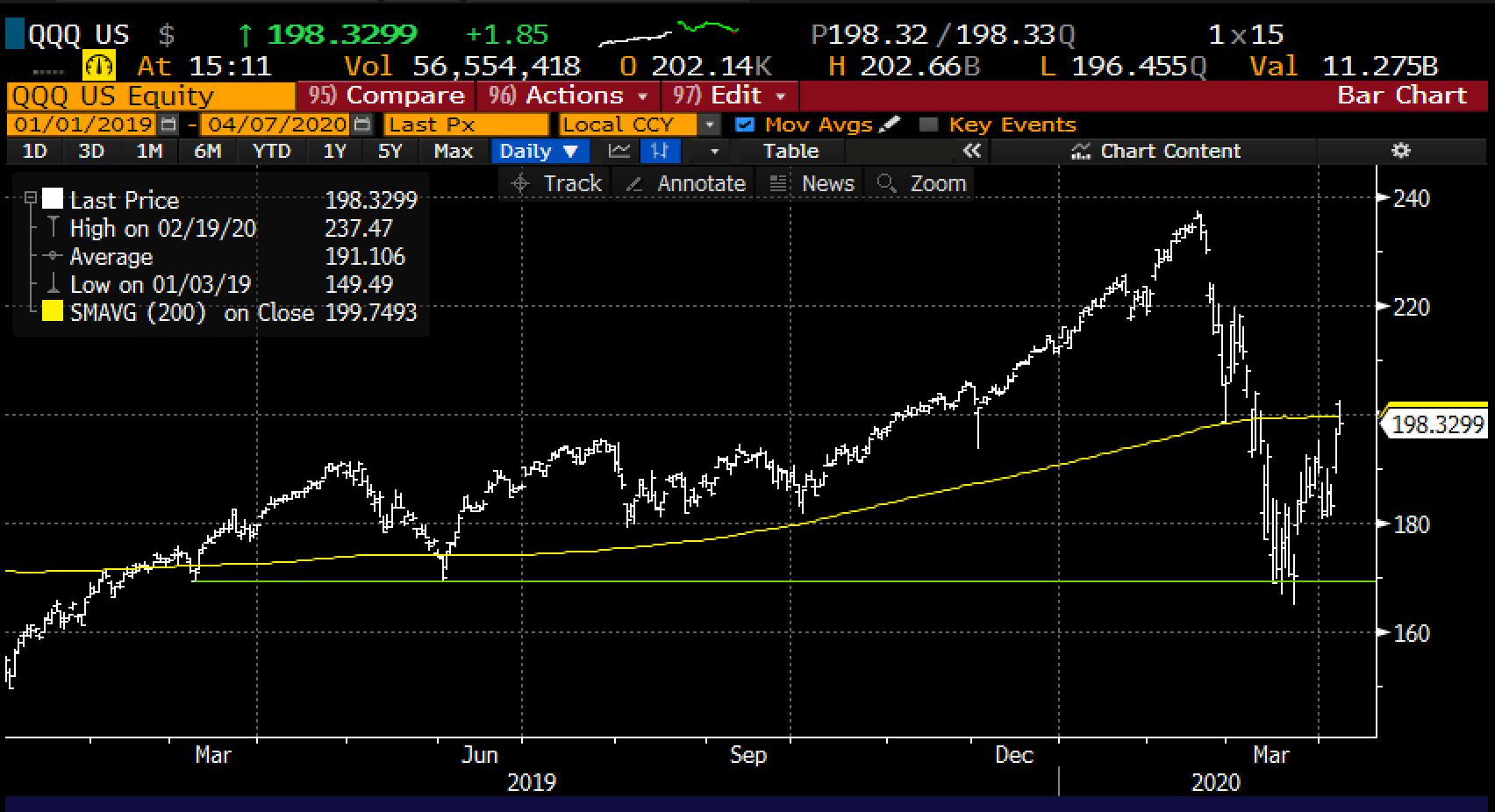 Short-dated options prices have come in of late, with 30-day at the money implied volatility (blue line below) at a one month low, cut nearly in half from its multi-year highs, and at an extreme spread to 30-day at the money realized volatility (white line below, how much the etf is moving), causing options to look cheap on a relative basis, especially for those who think there is another retest in the cards in the near future:

You guys know the drill here, MAGA (MSFT, AAPL, GOOGL & AMZN) make up 40% of the QQQ, and I would add that all have show relative strength to the broad market over the last year and year to date. MSFT is up 4% ytd, AAPL is only down 12% ytd (after being up 85% in 2019), GOOGL is down 11% and AMZN is up 9%. All of these companies will report Q1 earnings over the next month and given their outperformance I suspect that expectations are not as low as they should be.

If these companies offer results and commentary that is worse than expected than I would expect the QQQ to retest the $170 level in the coming weeks/months.

Rationale: this trade idea risks 3% of the QQQ price, offers bearish exposure down 14% from current levels with payout potential of about 10%.