The S&P 500 (SPX) is on pace to make its first three-day winning streak in more than a month, up more than 16% from Monday’s lows: 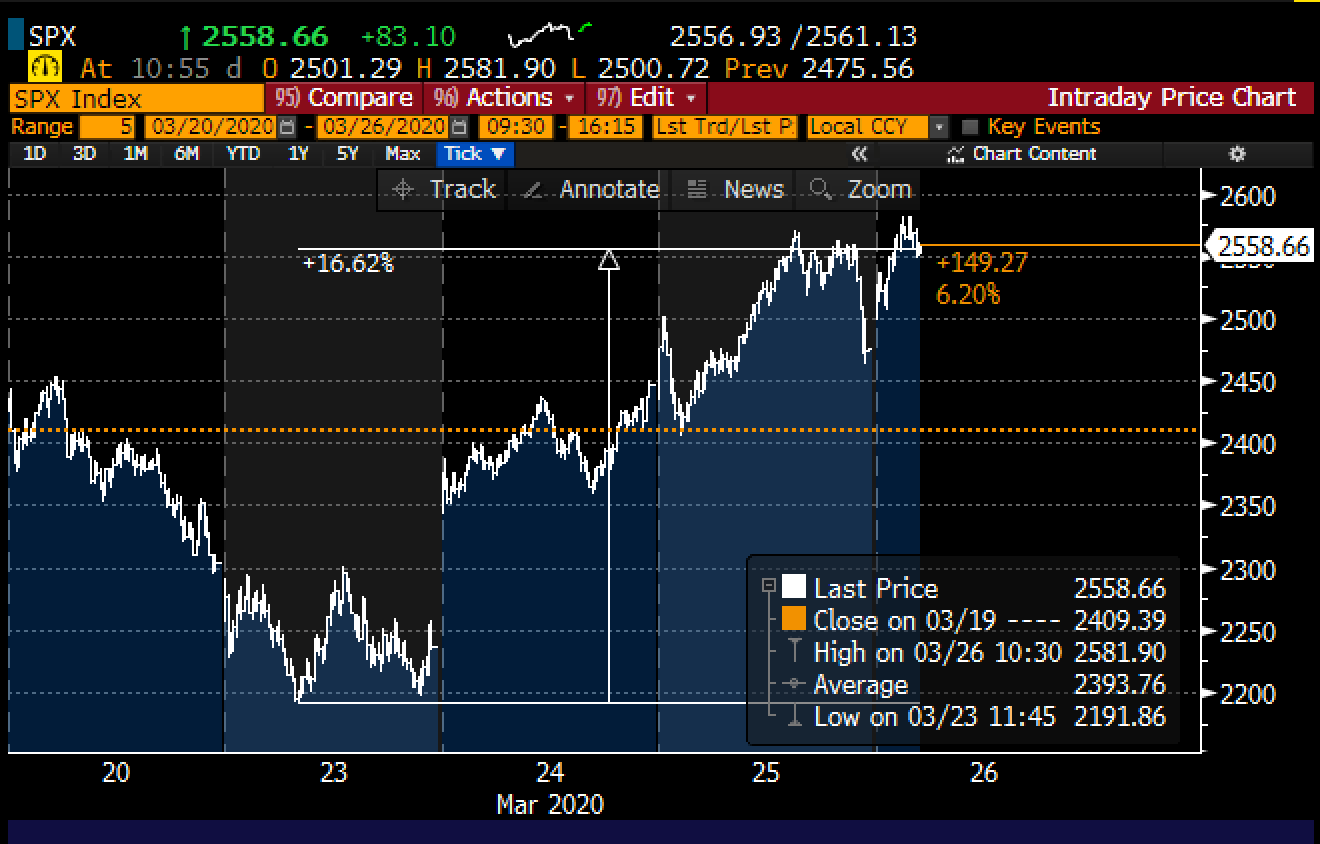 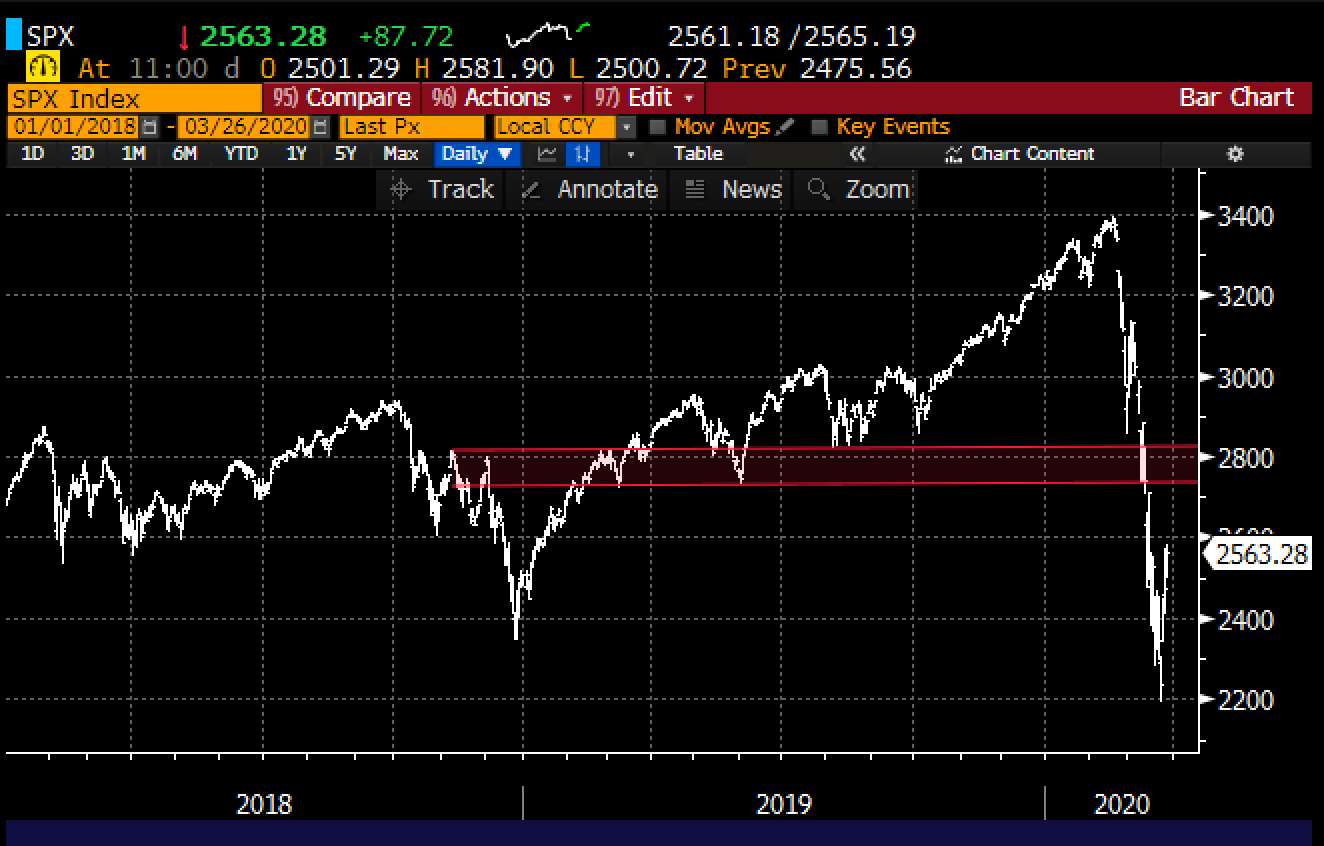 On Monday’s Fast Money on CNBC, I was asked about capitation and near term bottoms, I had the following to say: “We are one fiscal stimulus headline away from a massive short-squeeze…. banks, homebuilders being sold indiscriminately,… make no mistake a vicious, vicious short-squeeze is coming soon… I suspect you see a very violent short-covering rally in the next week or so”: 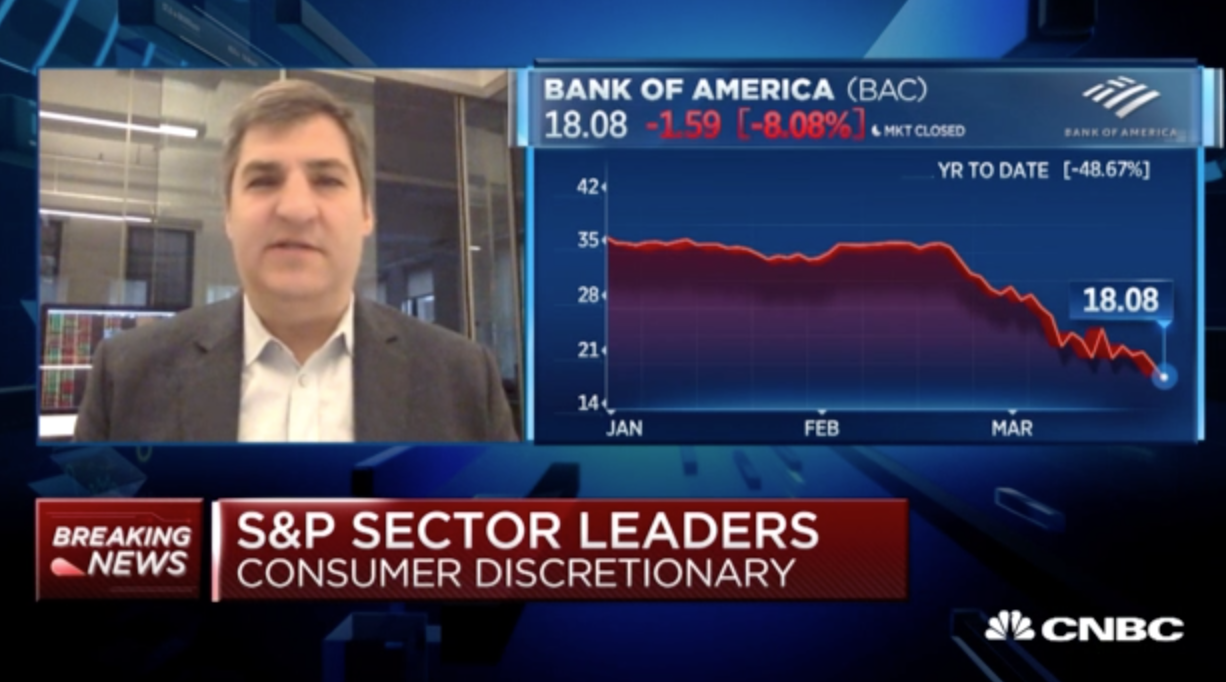 You get the point… but it is important to put this view in some context. The past two economic shocks that resulted in recessions, and 50% peak to trough declines in the SPX (2000-2002 & 2007 to 2009) saw their share of vicious rallies off of then lows, with most (until the last one) yielding new lows over time… they are a feature, not a bug of bear markets. The years 2001 and 2002 saw two 20% plus rallies each, despite the real low not being confirmed until early 2003 when it failed to break the late 2002 double-bottom low:

In 2008 there were two 20% rallies when the news about bank failures was at their heights, but in early 2009 the bottom fell out, but then V reversed:

It is also worth noting that it took the SPX about 7 years to get back up to its 2000, which was only exceeded by a small amount before topping out… and then it tool about another 6 years to get back to the 2007 highs, and then, of course, the SPX doubled from there over the next 7 years to last month’s highs. This is not a prediction, and hopefully, it does not come to pass, but it is useful to have in the back of your head if the SPX were to be cut in half as it was in the last two recessions, then the prior double top which served as very healthy technical resistance in 2007 and then an epic breakout in 2013 should serve as massive technical support on the downside, which would be about 53% or the average of the last two peak to trough declines in the SPX in bear markets: 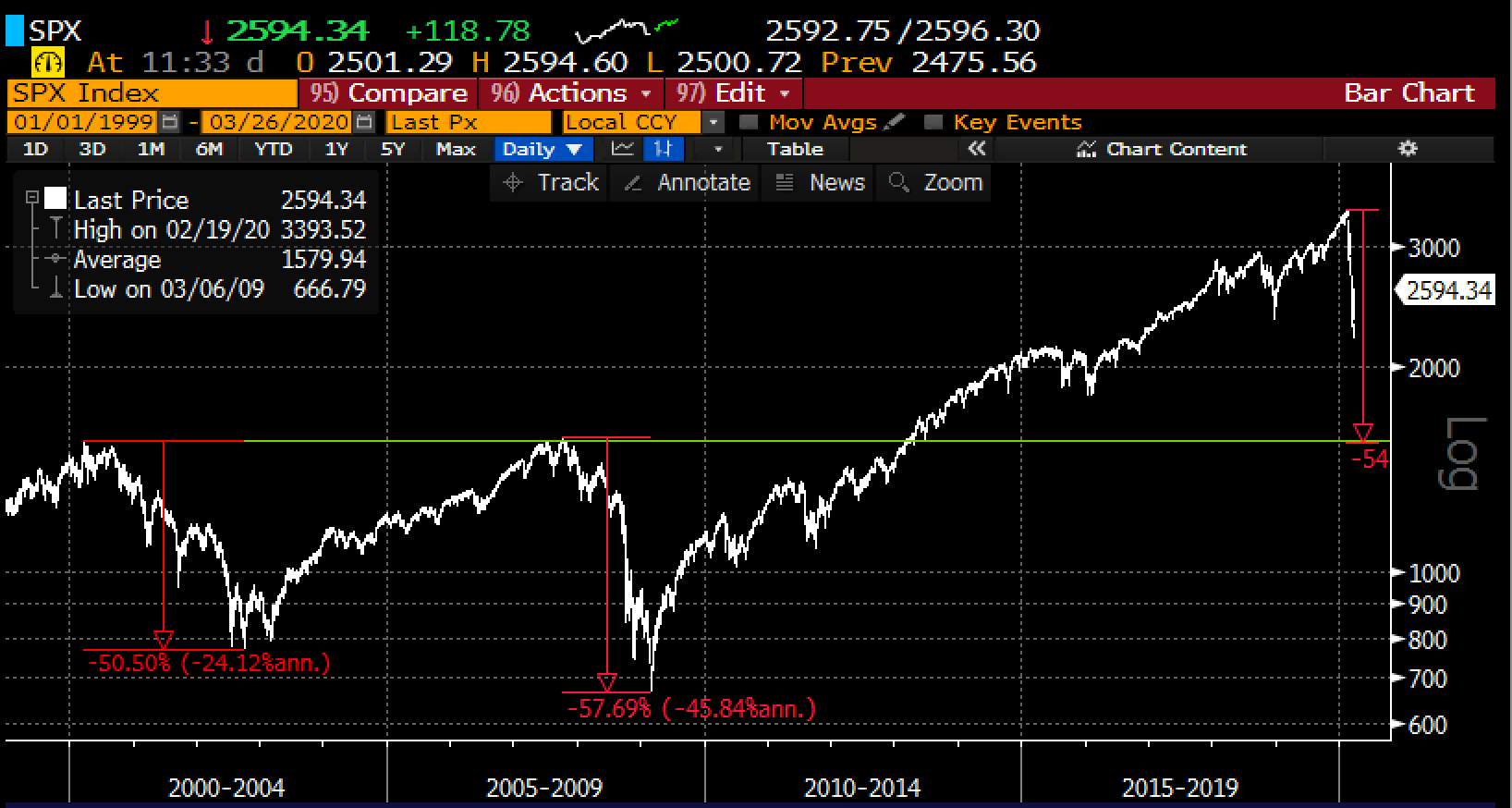 So for investors, I would say don’t compound the recent declines by becoming traders, stick to your plan, reallocate where appropriate and dollar cost average in for the long term, you will not nail the bottom. And for traders, don’t become long term investors in stocks or instruments you are using to express short term views playing the volatility, that’s how massive losers are accumulated in unconvicted positions.

I suspect we will see new lows once this vicious rally loses steam.  I’ll reiterate a point that I keep making, time will be one of the most important ingredients in finding a market bottom:

And this quote relayed by the Godfather of Bear Markets, David Rosenberg: