For the last year, I have been rolling up and out call spreads in the TLT, the iShares 20 year U.S. Treasury etf (here), expressing the view that U.S. Treasury Yields would continue its epic downtrend and ultimately break all-time lows in the 10-year… Well, that happened this week, and broke 2012, and 2016 lows: 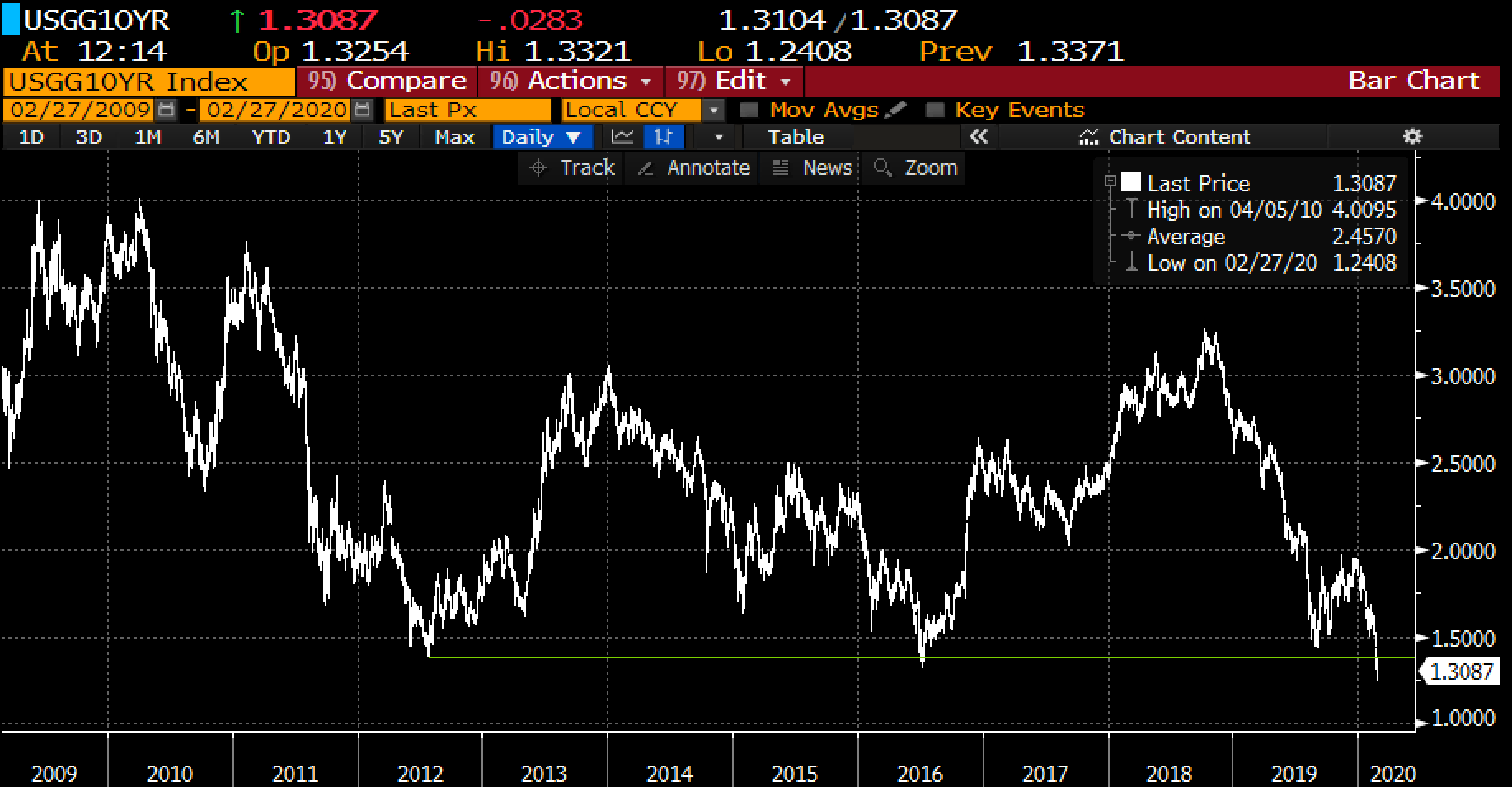 Here I was on CNBC’s Closing Bell on Feb 7th reiterating this call:

Into the close! @RiskReversal‘s last chance trade is TLT. pic.twitter.com/XPZPXzjn95

And Here from Nov 8th on CNBC’s Options Action:

Bond yields soared this week, and @RiskReversal has a way to trade the bounce. $TLT pic.twitter.com/xnQst43vto

It’s time to close this positioning and look for a better entry, the trades that I have detailed are in March expiration and near the upper end of the trade strategy bands.

On my In The Money Series with Fidelity on Jan 21st, I also detailed a bullish strategy in the TLT:

Lastly, I reviewed my near-term bullish view on U.S. Treasuries (bearish view on yields). Given the rhetoric from the president, the Fed’s inclination to stay dovish in an election year, the technical set up and the reach for safe-haven assets in an uncertain world, I suspect yields go lower and demand for Treasuries remains high in the coming months.

Starting with the 10-year Treasury yield, it was unable to get above the psychologically important 2% and now threatens the uptrend from the summer lows: 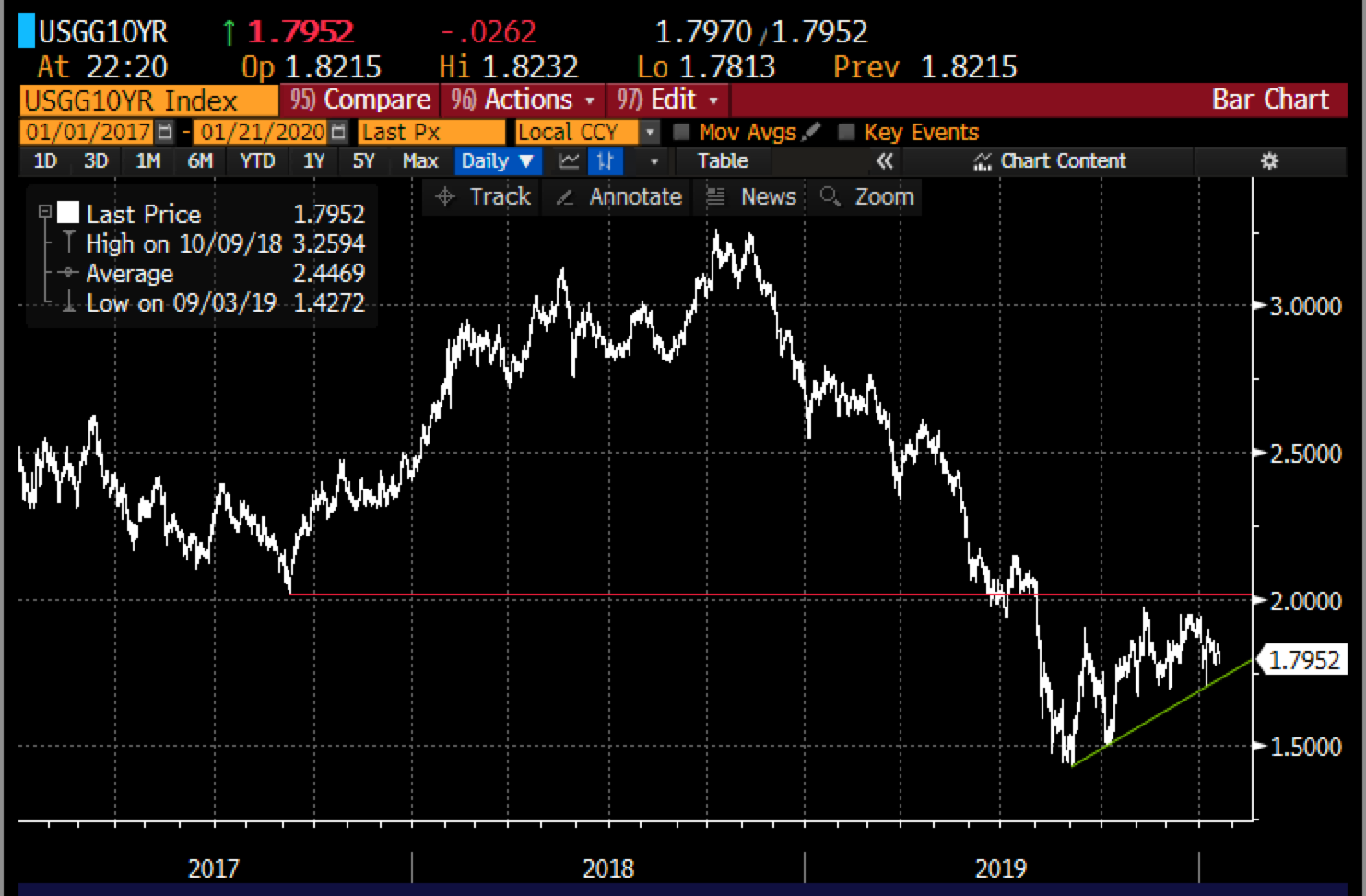 Conversely, the TLT, the 20-year U.S. Treasury etf once again found support in the mid $130s and yesterday broke above the downtrend that had been in place from its August 2019 highs…

Here was the trade idea I detailed on yesterdays In the Money as a defined risk way to play for a re-test of the prior highs in the coming months: