Last week on February 19th ( Pride Goeth Before the Fall) I detailed a bearish strategy/portfolio hedge in the etf that tracks the S&P 500 (SPY) for those who thought the market at then-new all-time highs was just a tad complacent given what other risk assets seemed to be screaming in silence:

If you look at the Twitter feed of the POTUS he appears to display a great deal of pride about many bad things… It reminds me a bit of what I deem to be some downright nasty things going on in risk assets and the pride that our politicians, central bankers, and market cheerleaders revel in as a result. If you subscribe to the really old saying Pride Goeth Before the Fall, then you might want to consider portfolio protection in the SPY.

Rationale: this trade idea breaks-even down 3% and only risks 1% of the ETF price for nearly a month and a half.

To my eye, before this correction is all said and done we will test the late Oct breakout level in the SPY which is also the ETF’s 200-day moving average (yellow line), maybe we get a pause at the 100-day (green line) but the break below the uptrend from its October lows is a significant technical break and likely overshoots to the downside… 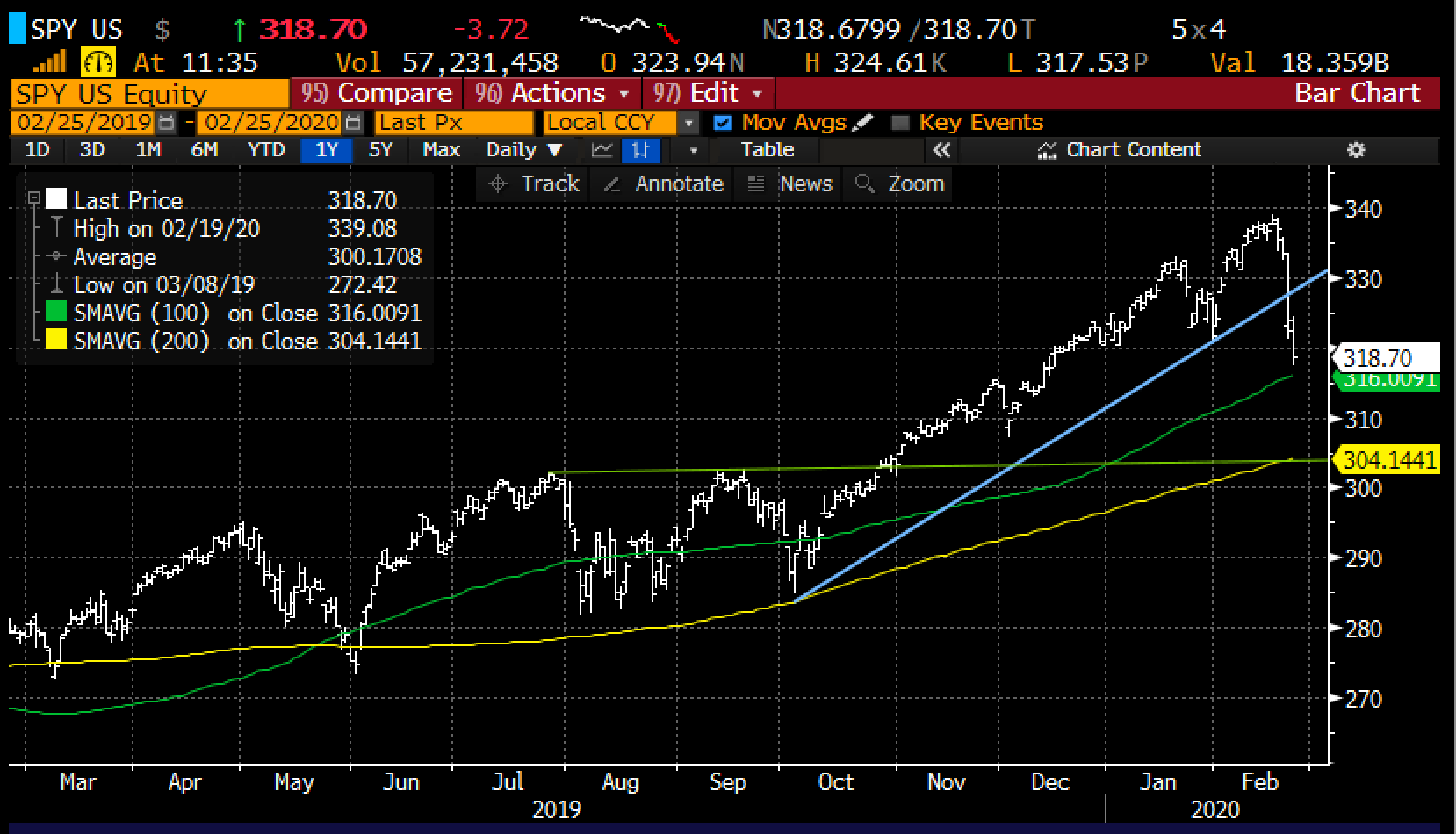