On today’s open shares of Microsoft (MSFT) the largest market cap company in the U.S. opened down 5.5%, quickly trading down a few more percents before a quick rally to its current down 4%: 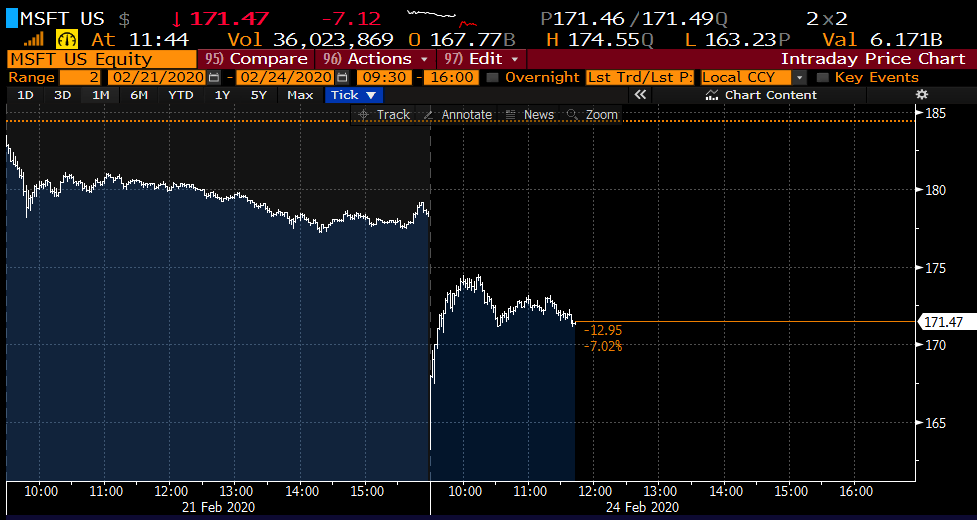 When I was just a young buck in the business in the late 1990s, a guy I worked for used to say that when stocks were marked down on the open, whether it be by a crowd leaning on a specialist on the NYSE, or Nasdaq Market makers, the opening panic print, would almost always be tested once again after a reflex bounce… I have never tested that on a quantitative basis, but over the years I noted from a purely qualitative standpoint he was generally right.

One might say that MSFT, trading down 8.5% at its lows right after the open on NO specific news was Ludacris, but I guess one could have also said that the stock’s $30 move from its lows on Jan 24th, to its recent highs at $190 on February 11th was actually far more rediculous given the unquantifiable impact of the coronavirus. Well you have likely heard the old stock market adage that stocks take the escalator up and the elevator down, well that’s what we have here, but in this instance, we have MSFT in a matter of weeks gaining the market cap of more than 80% of the S&P 500 components and in a matter of a couple of days losing it. 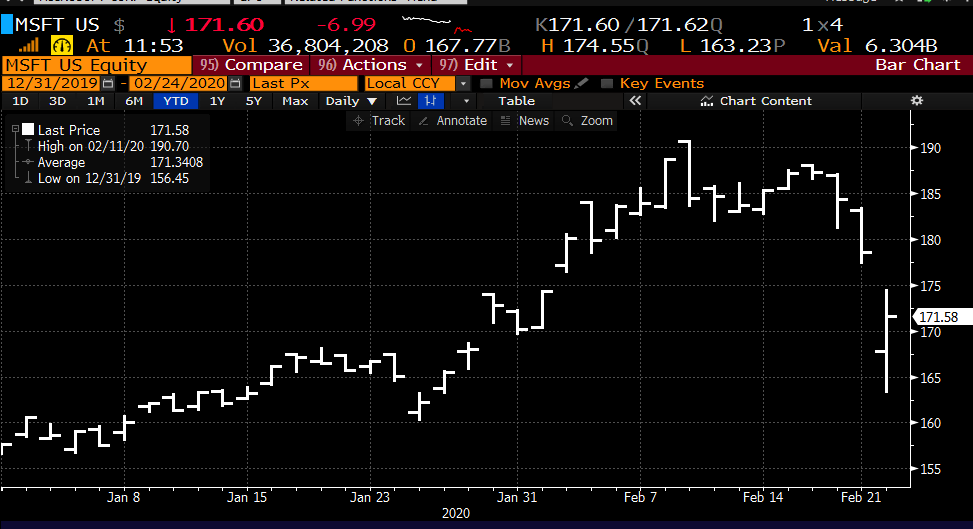 To my eye, the stock likely finds some near-term support in the $165 to $160 range, which would make sense as buyers and sellers even in these days of hyper Algo trading have some memory.

Looking at the one year chart, today’s open also happened to correspond with the stock’s uptrend from the late October breakout but it is also worth noting that the little porch at $160 is likely key support, and we all know nothing good happens below “hard deck”: 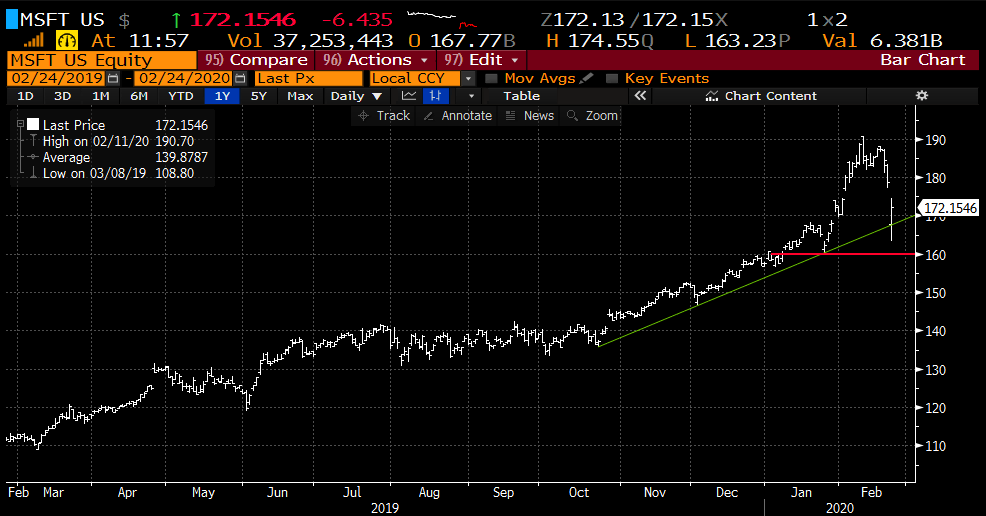 For what it’s worth, while MSFT has become universally loved over the last couple years, the stock’s PE multiple is challenging 20-year highs: 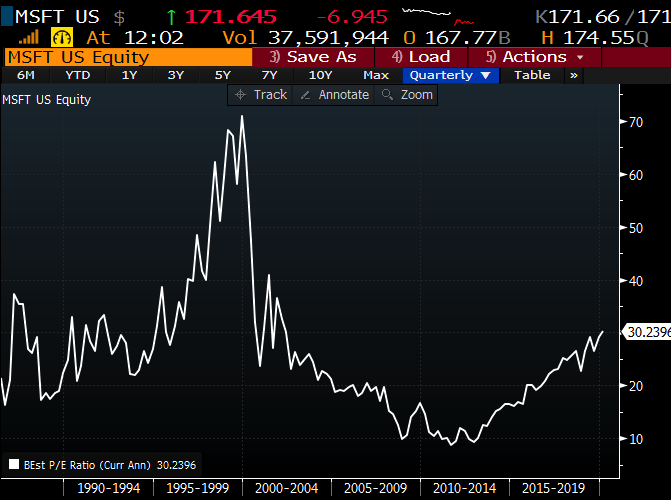 This stock is likely to re-test this morning’s low on its way back to $150.

Options traders have been on alert, with 30-day at the money implied volatility (the price of options) at 52-week highs:

Despite the high price of options, if you were looking to play for a re-test of the Dec lows below $150, then consider put spreads in March, with the stock at $171.50 the March 170 – 145 put spread for about $4.50, breaking even at $165.50 and offering gains of up to 20.50 between 165.50 and 145… its hard to press days like this on the short side, let alone high quality names like MSFT, but defined risk strategies like this could also make sense for near term hedges…