On January 8th when shares of Square (SQ) were trading near $67 I detailed two defined risk bullish strategies to play for a restest of the 2019 highs (I Have Two Squares to Spare) targeting two events that could change the bearish sentiment, first the company’s earnings on Feb 26th and then their March 18th analyst day. Well it didn’t take the catalysts to get the stock back to its 2019 highs, the stock is up 31% on the year so far, and back at technical resistance: 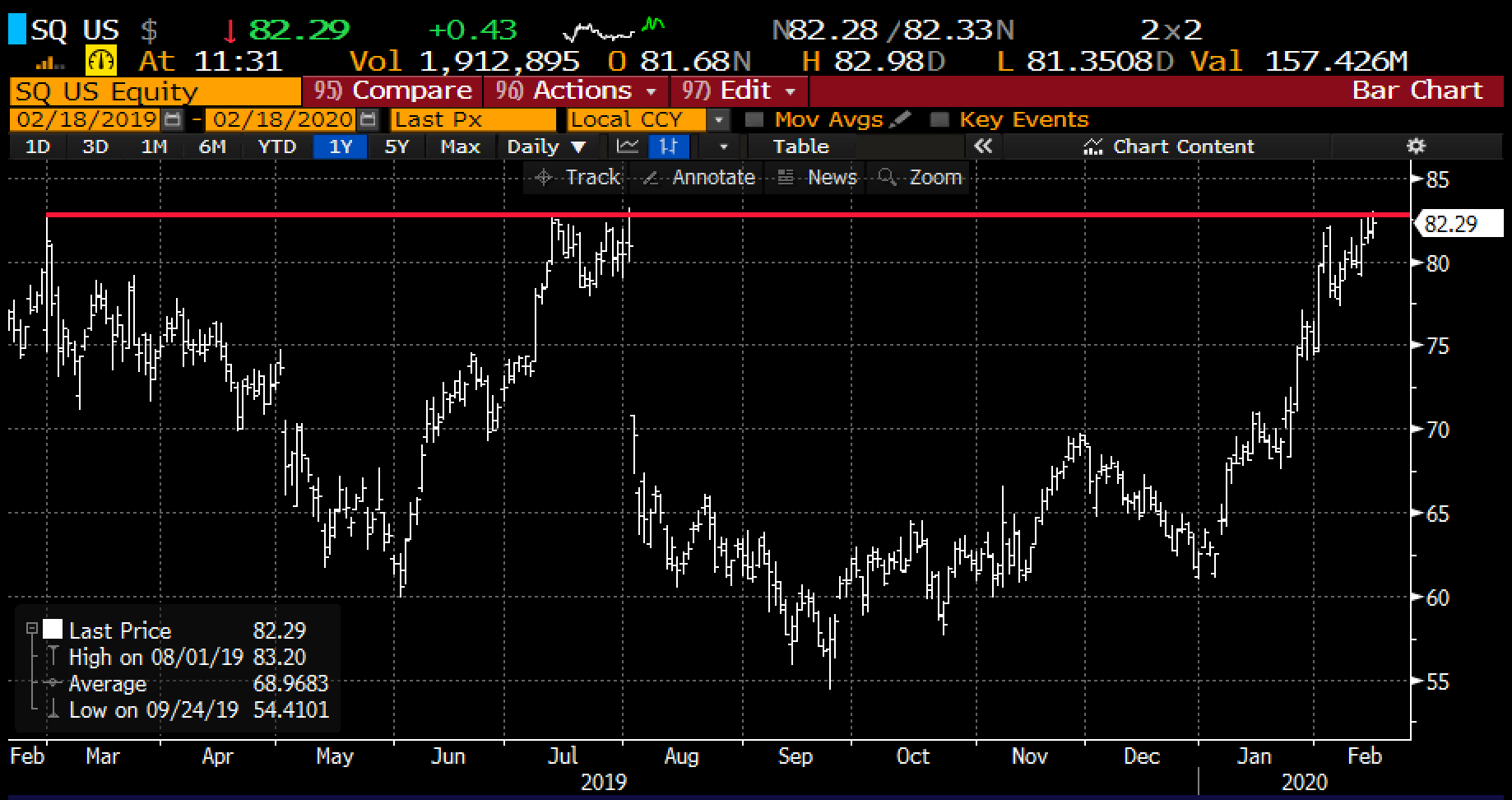 If I were inclined to play for an eventual breakout of $70 and straight shot towards $80 after earnings and analyst day I might consider a call calendar, selling a short-dated out of the money call to help finance the purchase of a longer-dated one that catches the catalysts, earnings in late Feb and then the analyst day. in mid-March, for instance:

The short call strike in Jan expired worthless on Jan 17th as the stock closed on expiration at $69.38. Leaving the trade long the March 70 call that was worth $4 on the close Jan 17, or a $1 profit.

Now with the stock at $82.25, the March 70 call is worth $13. It makes sense to take the profit, and if still bullish roll the view up and/or out a bit. At this point the trade is too in the money, risking too much premium.

The other bullish trade idea was a vertical call spread:

If you think that a call calendar is trying to thread the needle and interested in just making a sort of set it and forget trade to play for new highs in March, then consider call spreads to define your risk… for instance:

With the stock at $82.25 the March 70 – 85 call spread is worth about $9.50, or a $6.50 profit. In this case with earnings and analyst day yet to come it also makes sense to roll a bullish view up and/or out. When considering strikes, lets look at the long term chart to get a sense where we should target. On three occasions since late 2018 the stock has failed massively at $82.50, if it can get through this time it might be a straight shot to the prior all-time highs near $100: 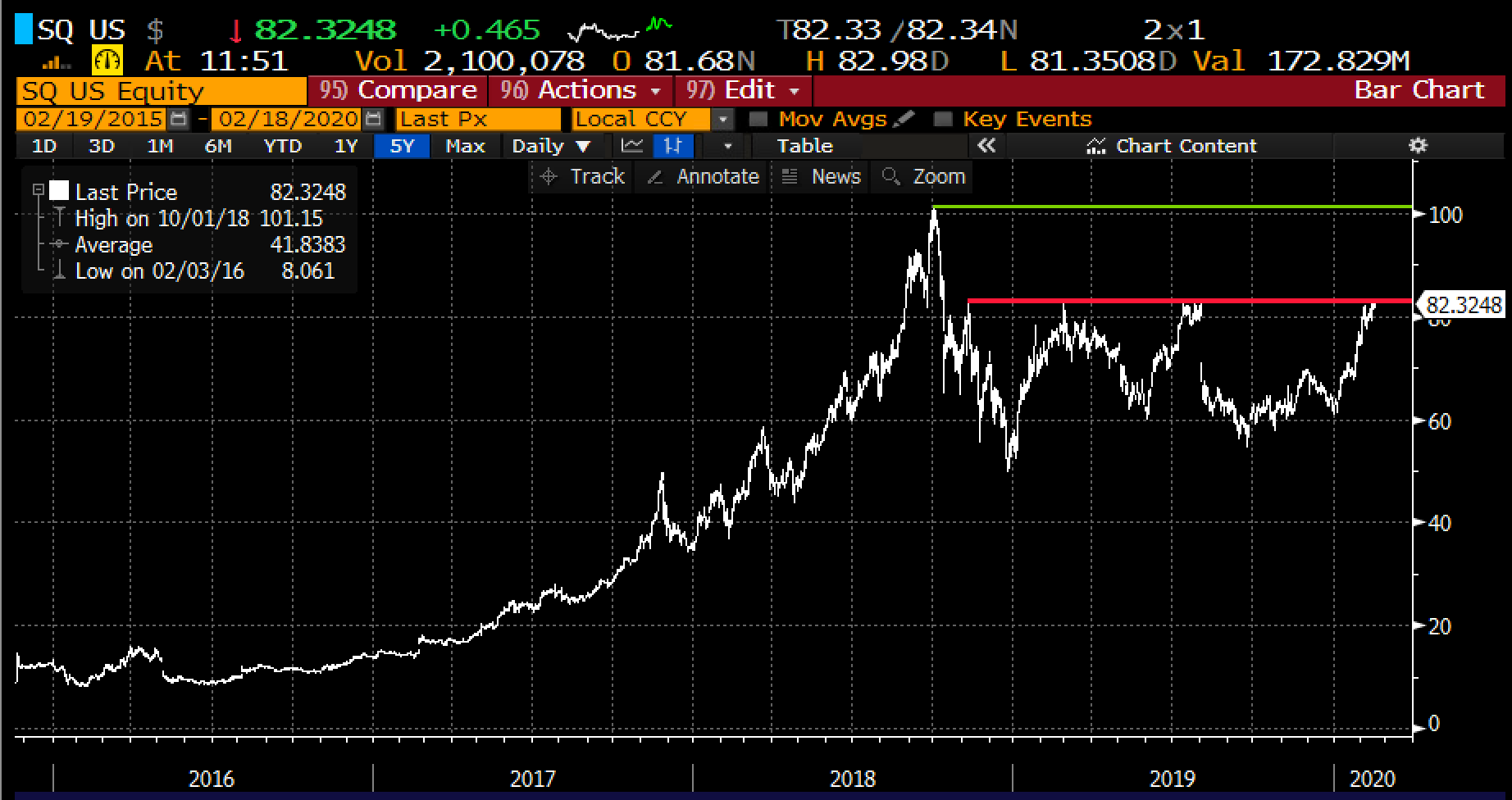 So what’s the new trade? If I were inclined to play for a beat and raise next week, and then incremental good news at the SQ analyst day in mid-March I might consider using the gains of the earlier trade ideas to buy a new call spread in March: