Yesterday in my In The Money series with Fidelity investments we talked some Macro, reviewed some open trade ideas from the prior week and discussed how to get some long exposure in a drug stock that might outperform if the stock market continues to gyrate over the next few months, click below to watch: 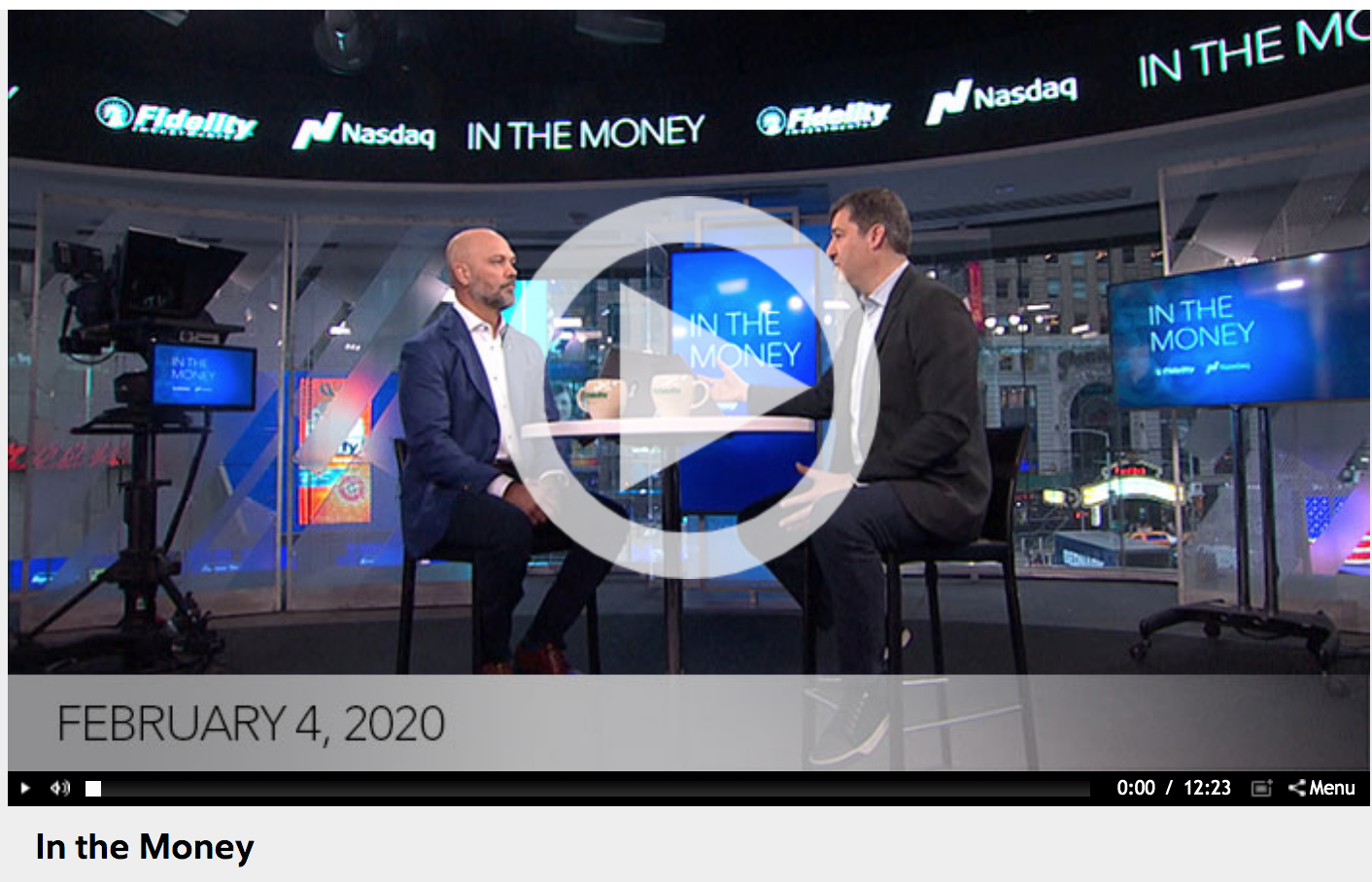 The drug stock was Merck (MRK) and yesterday when we posted, after the close, the stock was trading $89, but today the stock is down following its Q4 earnings announcement this morning, more to do with corporate actions, though than earnings, per Barron’s:

The pharmaceutical giant Merck is slimming down, spinning off three divisions responsible for about 13% of the company’s sales. The move, announced early Wednesday morning, is meant to focus the remaining company on its fast-growing oncology and vaccine divisions.

The new company created by the spinoff will include Merck’s women’s health and biosimilars divisions, along with its portfolio of older drugs. All told, those divisions are responsible for around $6.5 billion of the roughly $50 billion in revenues the company expects in 2020. Frazier said that the women’s health and biosimilars division represented growth opportunities and that the cash flow from the legacy brands division could support that growth.

I suspect MRK finds some footing in the mid $80s as there appears to be some good support at $85, the intersection of the one year uptrend and its 200-day moving average: 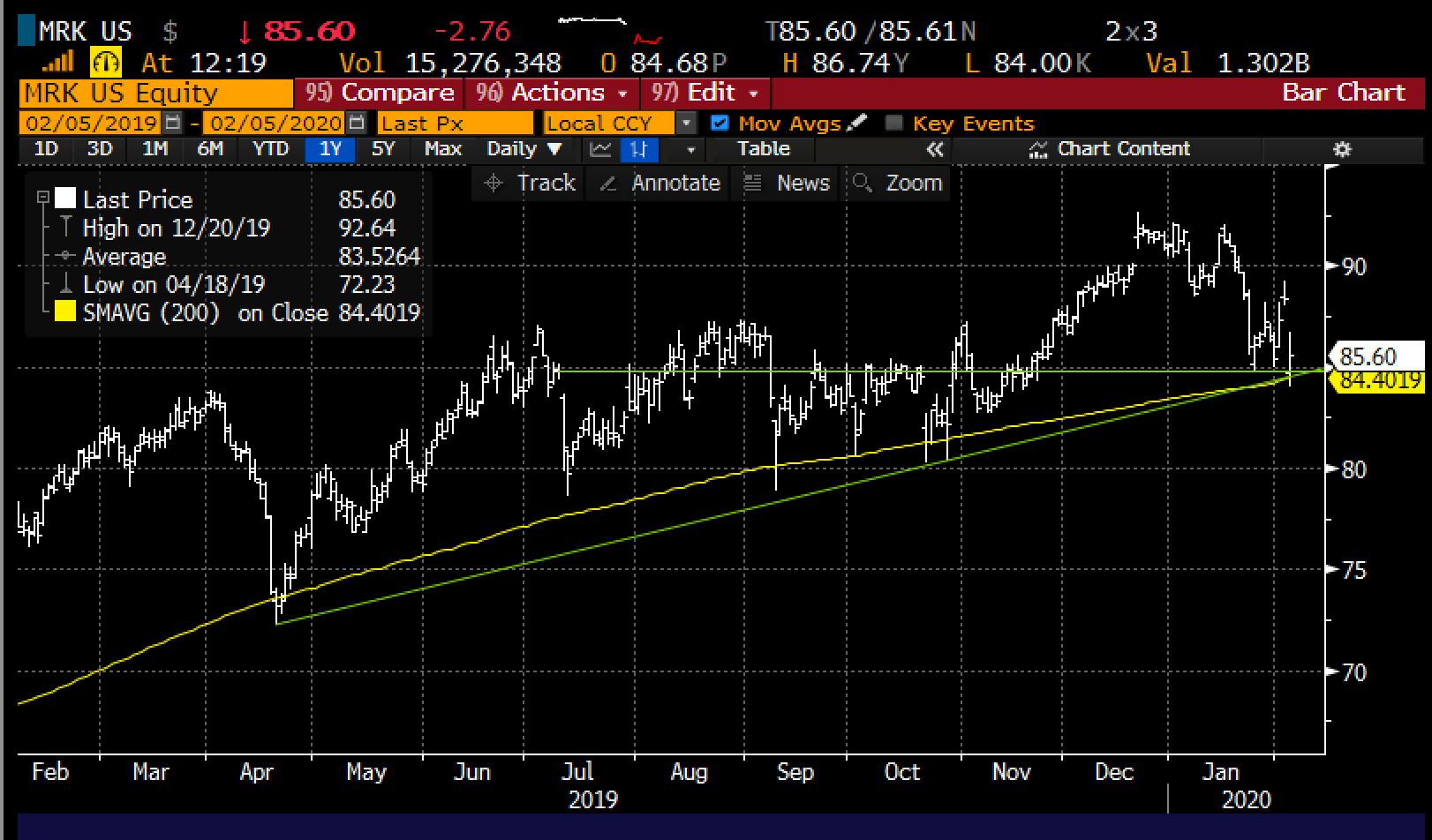 The stock trades at about 15x expected 2020 eps growth of 8%, which is about the mid-point of its 5-year valuation range and pays a dividend that currently yields 2.85%. The stock appears on the cheap side, and given the above the nature of their business and the upcoming spin, the stock might be attractive if there is a market shift out of growth, which I would expect at a minimum a scare in the next few weeks or months or a wholesale sell-off.

if I were inclined to express a bullish view in MRK over the coming months, with the stock down at $85.60 I might consider merely buying a near the money call. (rolling down the strikes from yesterday’s video).  For instance…

Profits above $90, or about 5% higher than current levels

Rationale: this trade idea risks 3% of the stock price with a breakeven up 5%, but allows for it to play out over then ext four months.

Lastly, the support on the chart I mentioned above, it is not something I would really want to be long the stock on a meaningful breakdown below that level, this trade idea defines the riks to the breakdown level in the low $80s.