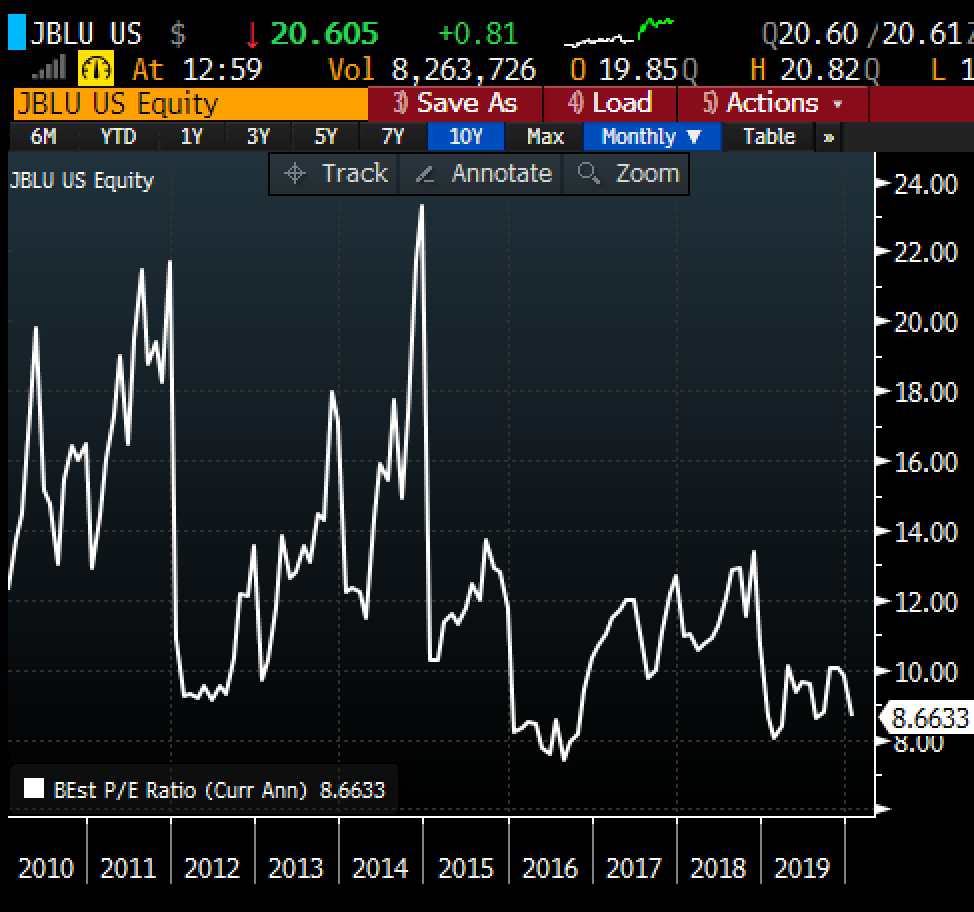 Today’s gains have resulted in a new 52-week high after a years-long consolidation between mid-teens and $20: 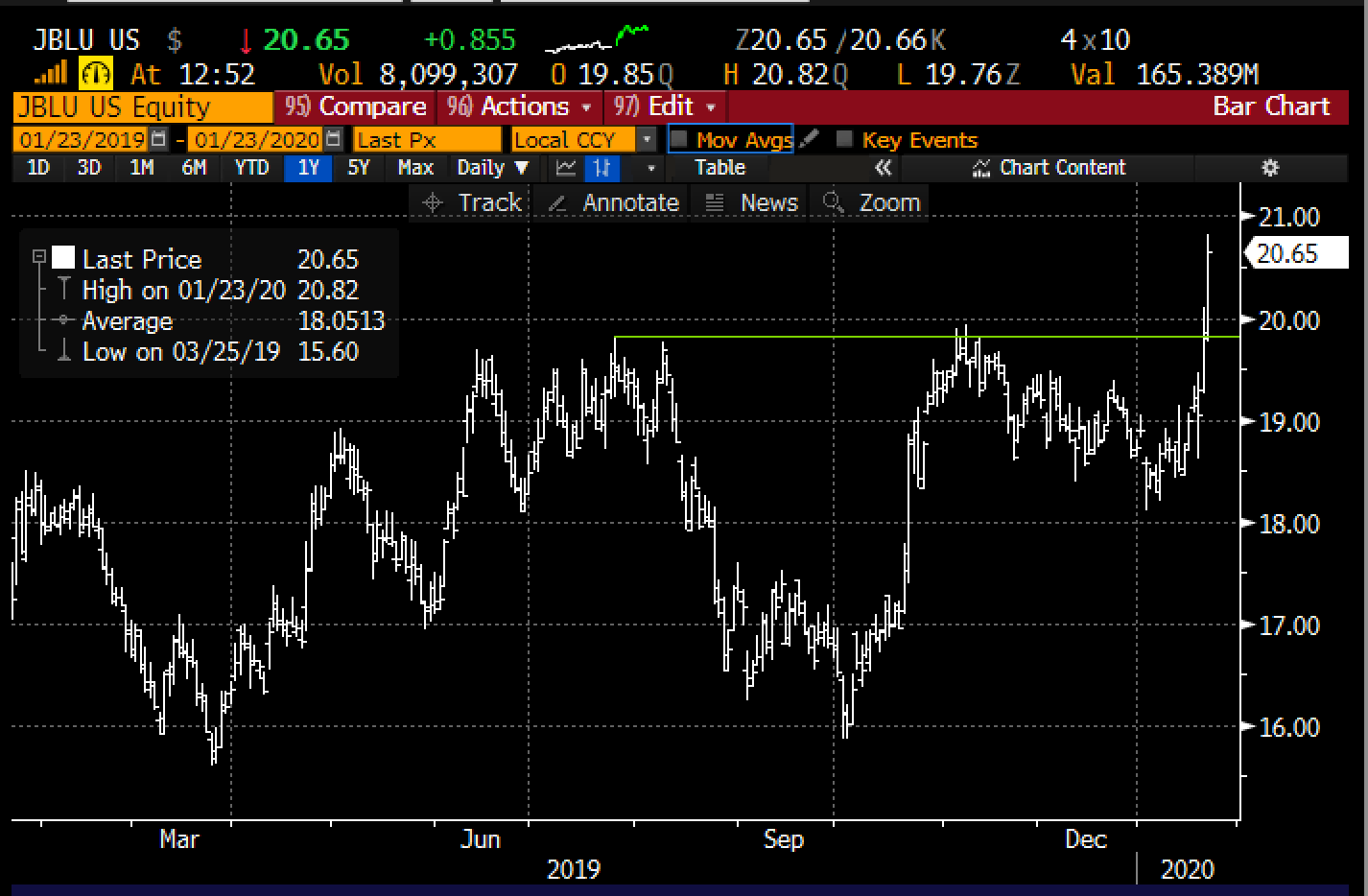 The longer-term chart shows another breakout, of the five-year downtrend: 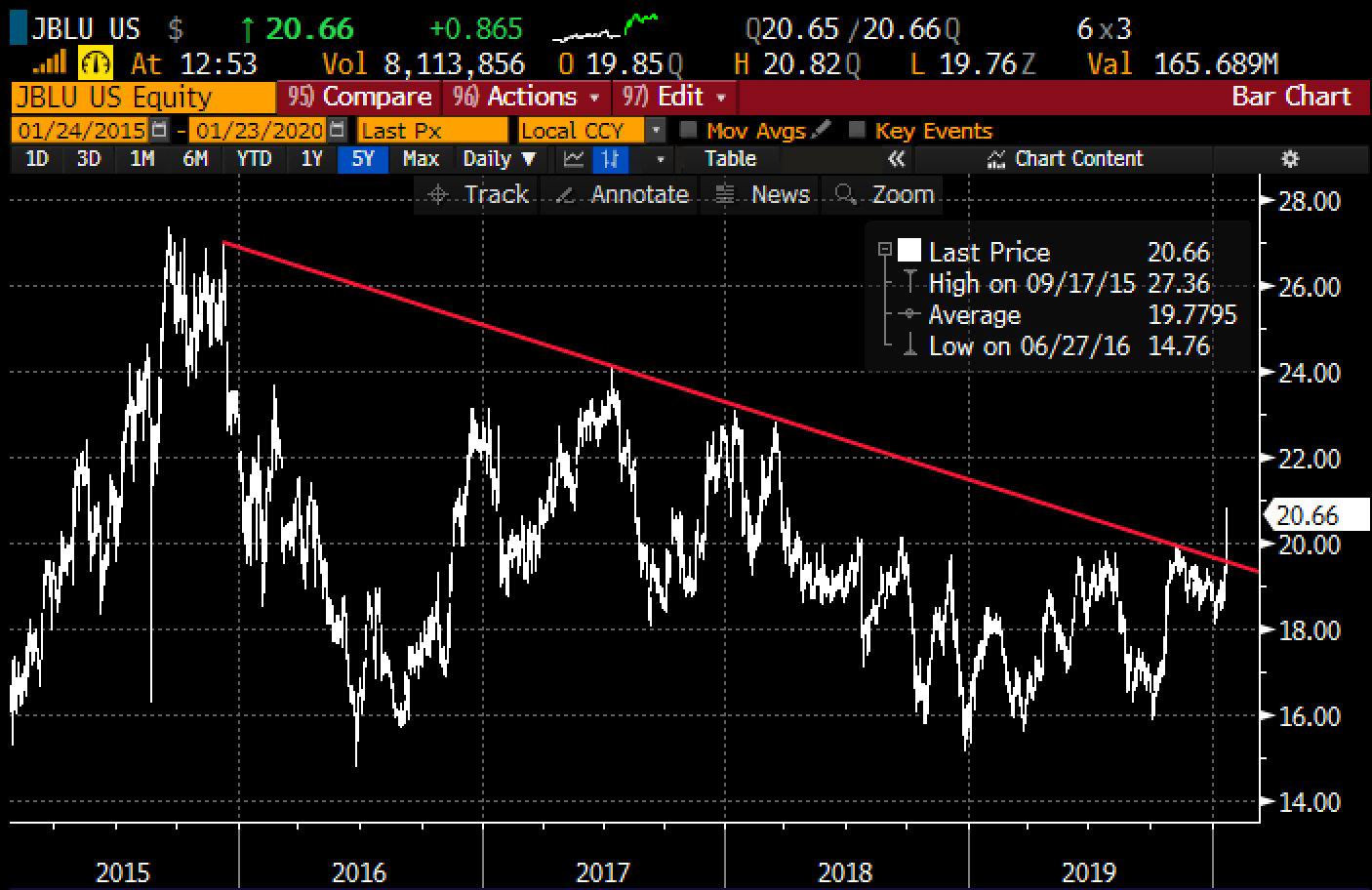 Investors the world over, but particularly in Asia seem spooked by the spreading of a flu type virus, with major travel bans going in effect in China. The fear is that an epidemic could slow trade and general economic activity at a time where some economists see GDP in China dropping below 6% for the first time in decade in 2020. Crude oil has come in hard as a sort of avatar for this theme which should be helpful to an airline like Jetblue that has minimal international explore, with no long haul routes that night be affected by a slowdown in international travel. 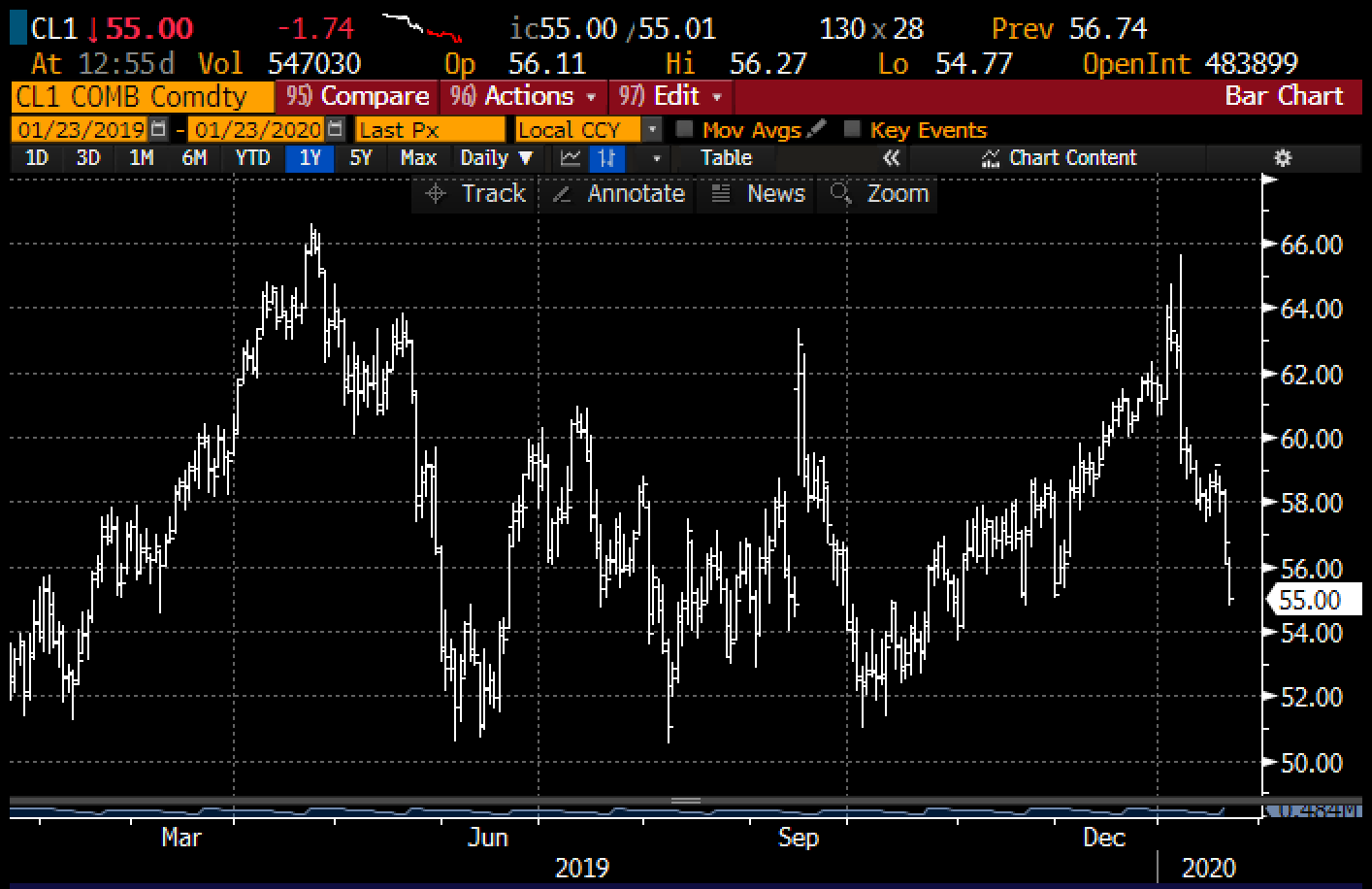 All of this makes JBLU look attractive to some airline peers on valuation, exposure, fundamentals, minimal exposure to Boeing 737 Max grounding and its technicals.

With earnings out of the way, short-dated options prices have come in hard today making long premium directional trades in the near-term look attractive: 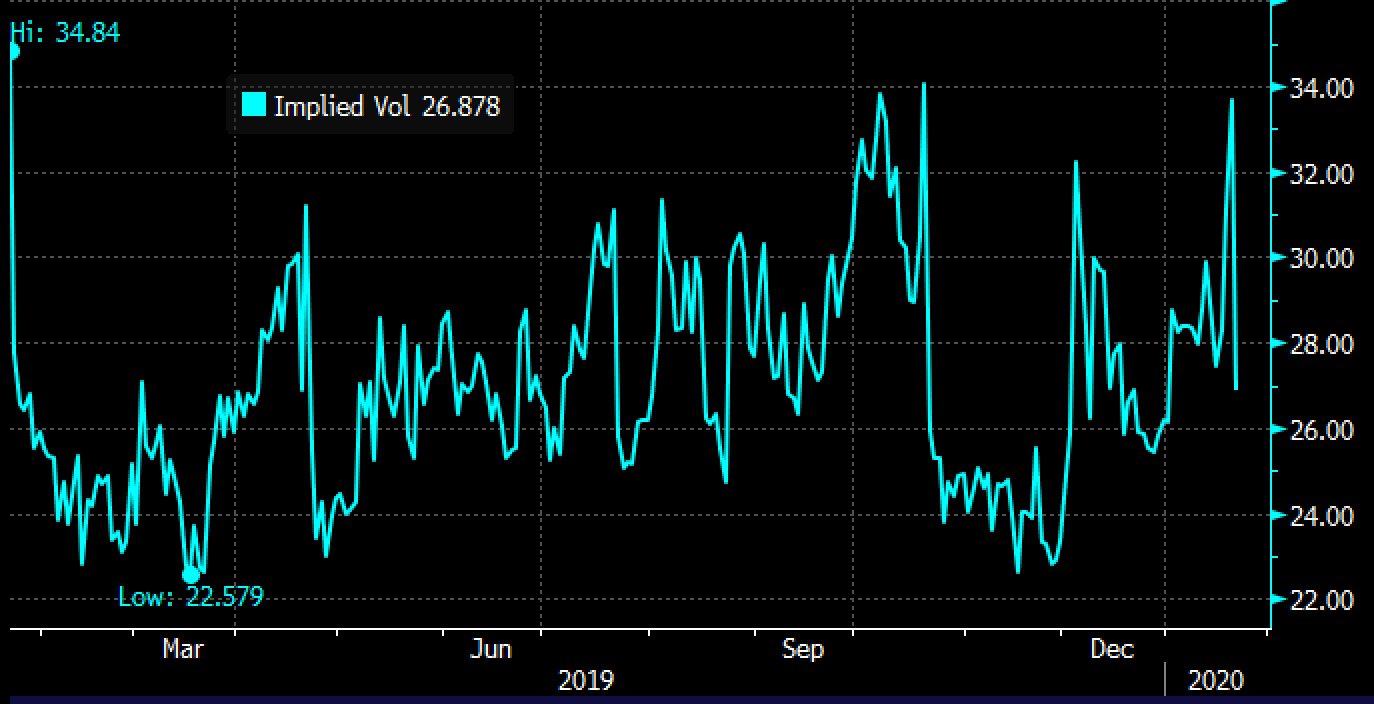 So what’s the trade? If I were inclined to play for further upward momentum over the next two months, possibly targeting $23, I might consider defining using call spreads in March, for instance:

At the moment the options market is suggesting there is about a 37% chance this trade is break-even on March expiration and about a 17% chance it is worth full value at 23.