Shares of Square (SQ) rallied more than 3% yesterday, and are up another 4% today, sparked by a positive mention from Bank Of America analyst, per Bloomberg: 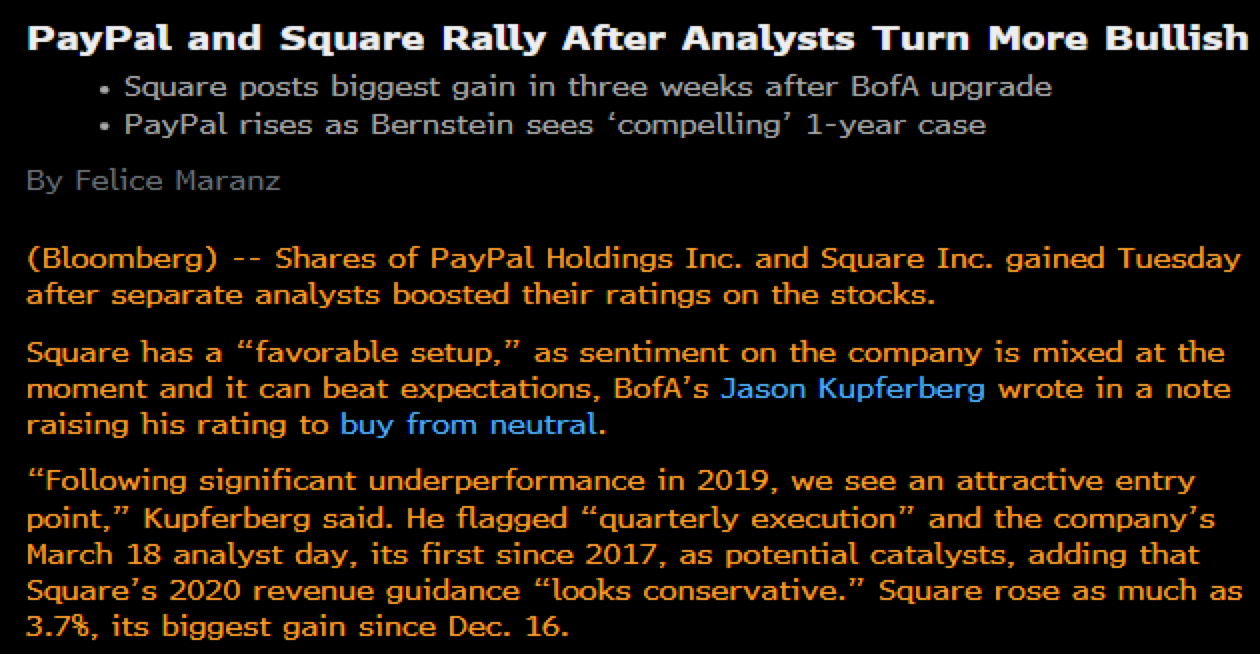 The analyst mentioned the stock’s underperformance and poor sentiment… which might have something to do with the fact that the company lost their highly thought of CFO in late 2018 and their part-time CEO/Founder Jack Dorsey is currently living in Africa for the start of 2020. So the March analyst day mentioned as a potential catalyst for the company just might just be the sort of event that can get investors and analysts and maybe, more importantly, the company refocused on their ability to beat near term expectations.

The stock is still down from its 2019 highs, with the sell-off in early August set off by an earnings miss and guide down. The stock seems to have decent technical support near $60, with technical resistance coming at its Aug gap level and Nov high near $70: 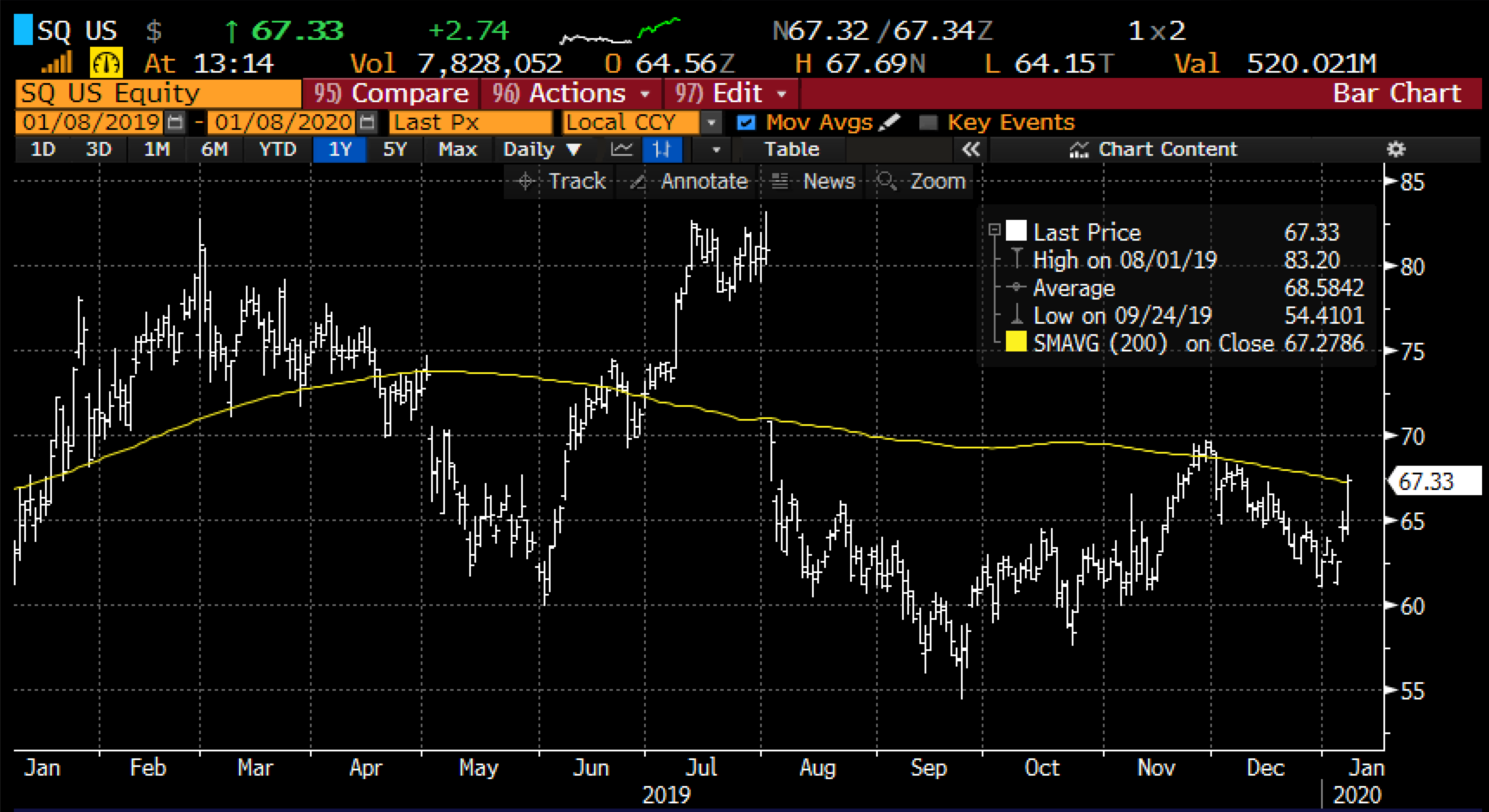 One concern for investors in the back half of 2019 was the company’s inability to turn a profit on a GAAP basis, despite expected revenue growth of 47% in 2019, the company is only expected to post a small GAAP loss on an expected $2.33 billion in sales, but $380 in adjusted net income.  If the company were able to guide in March to greater profitability led by a material uptick in margins, then the stock might be on its way to filling it that earnings gap back towards $80.

Considering future catalysts, I would not that prior to the March 18th analyst day, the company will report Q4 results on Feb 26th. Usually, companies will leave a little something on the “good news” front for an analyst day though.

Short-dated options prices in a usually high vol name like SQ are relatively subdued, just off of 52-week lows.

So what’s the trade? If I were inclined to play for an eventual breakout of $70 and straight shot towards $80 after earnings and analyst day I might consider a call calendar, selling a short-dated out of the money call to help finance the purchase of a longer-dated one that catches the catalysts, earnings in late Feb and then the analyst day. in mid-March, for instance:

This trade performs best with a gradual move towards the 70 strike over the next week and a half  into Jan expiration. If the stock is at or below 70 on Jan expiration the short 70 call will expire worthless and the trade will be left naked long the March 70 call. If the stock is close to 70 then the March 70 call will have appreciated as it will have picked up deltas. At that point, it might make sense to further reduce the premium at risk by selling a higher strike call in March turning the trade into a vertical call spread or depending on where the stock is turning it into a calendar again by selling the Feb 70 call. The max risk of this trade is the $3 in premium paid, or about 4.5% of the stock price, and would be at risk with a large move below the current level, or well above the 70 strike.

If you think that a call calendar is trying to thread the needle and interested in just making a sort of set it and forget trade to play for new highs in March, then consider call spreads to define your risk… for instance:

Rationale: this trade idea also risks 4.5% of the stock price and has a much higher break-even up at $73, or 9% from the trading level, but if the stock were to break out above $70 and the identified catalyst do cause the stock to fll in the gap from August, then this trade idea offers an attractive risk-reward with defined risk.