I have read a few notes this morning suggesting that Crowdstrike (CRWD), the cybersecurity outfit that went public last year on the Nasdaq at $34 might be a way to play the renewed tensions with Iran, as the rogue state may be able to do more damage to the U.S. and our interests abroad via cyber warfare, which is where CRWD comes in. Supposedly Jim Cramer had CRWD CEO George Kurtz on his show Friday afternoon (I can’t find the video but here is a write-up from TheStreet.com): 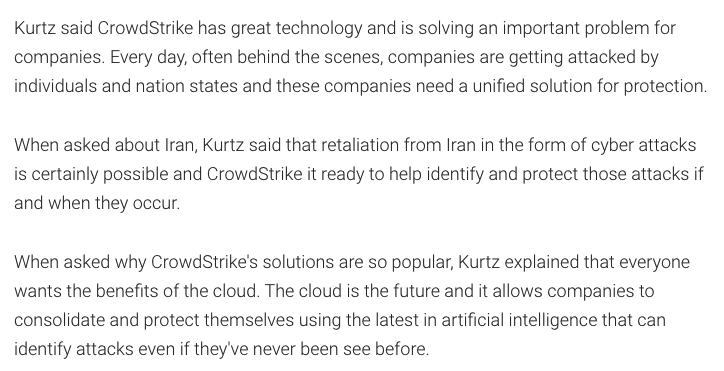 Shares of CRWD are up 9% on the day as I write and options volume is running hot, with total options volume already 2.5x average daily with calls outpacing puts 5 to 1, despite much of the activity being fairly short-dated (read momentum, not too convicted).

On its first day of trading in June, the stock gapped up 85% on its first trade and closed up 200% some two months later before being cut in half over the next few months, before recently finding some support in the high $40s: 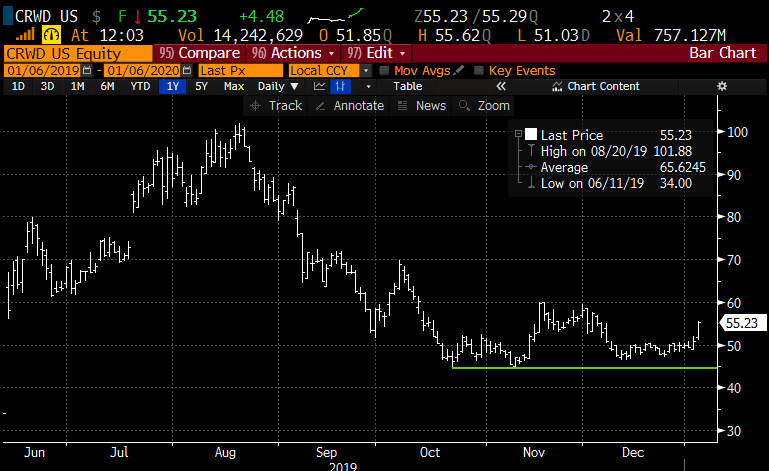 One reason for the stock’s Q4 decline is likely the market’s focus on the profitability of new public issues. For the trailing 12 months, CRWD was expected to register $666 million in sales, but on those sales, the company is expected to lose $52 million in net income on an adjusted basis and $112 million on a GAAP basis. Investors may once again focus on recurring revenues, which was one of the first slides in their S-1 prior to their IPO listing: 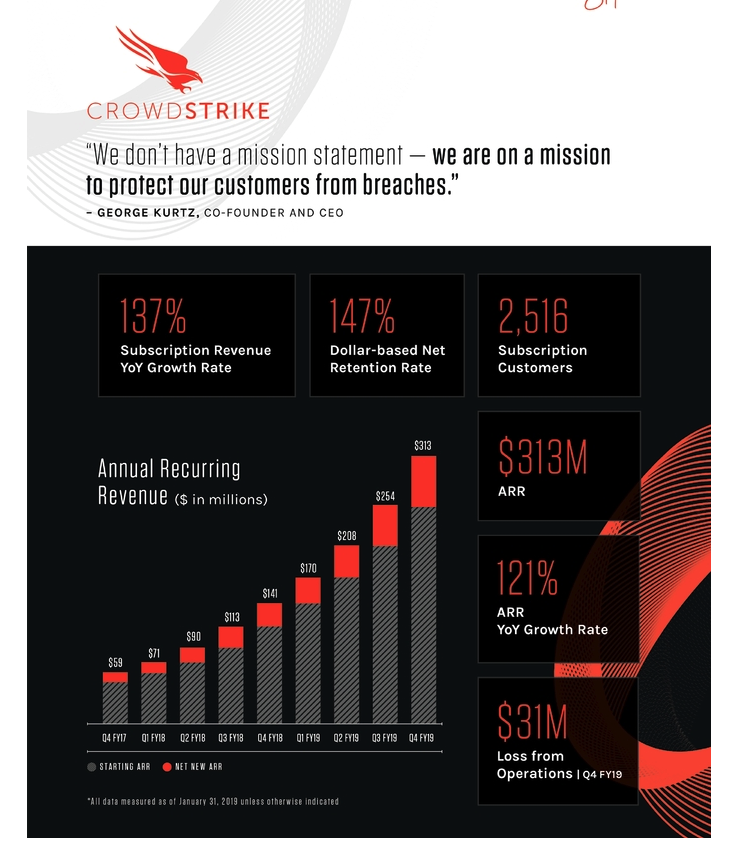 I highlight this stock today not because I think it is a buy or a sale, but because it is likely to be in the news more and more, first on the Iran cyberwar risks, but also their involvement on a debunked right-wing conspiracy that they have a DNC server from the 2016 election and it is held in Ukraine. This will be a topic in the upcoming Impeachment hearing of trump.

Short-dated options prices have come in dramatically of late, with 30-day at the money implied volatility down from 90% in early September to 60% today. While that seems like a nice chop to options prices, it is still implying daily moves of more than 4%.

With the stock at $55, the Feb 55 straddle (the call premium + the put premium) is offered at about $9, if you bought that and the implied movement between now and Feb expiration, you would need a rally above $64 or a decline below $46 to make money, which also means to express a defined risk move between now and Feb expiration you would be risking the price of the at the money call or put which each cost about $4.50, or about 8%.