Today after the close, Micron (MU) will report its fiscal Q1 earnings. The options market is implying about a 7% move in either direction between and Friday’s close, which is rich to the four-quarter average one-day post-earnings move of about 10.5%, but basically in line with the long term average.

To figure the implied move take the at the money straddle in the weekly options, in this case with the stock at $53 the Dec 53 call and the Dec 53 put and add the premiums together and that gets you the implied movement in dollar terms, which equals $3.80, or about 7% in either direction. If you were unsure of the direction but convicted that the stock would move at least in line with the implied move you might consider buying the straddle, but if you were to do so you would need at least a rally above $56.80 or a decline below $49.20 to make money on Friday’s close. The options market is saying there is about a 20% chance of the stock being $58.80 or $49.20 on Friday’s close. Or in other words, it is saying there is a high probability of a loss if you were to “buy the move”.

Shares of MU are up 67% on the year, more than double the performance of the Nasdaq Composite. The stock chart is fairly attractive, having just broken out of a multi-month consolidation, this week making new 52-week highs: 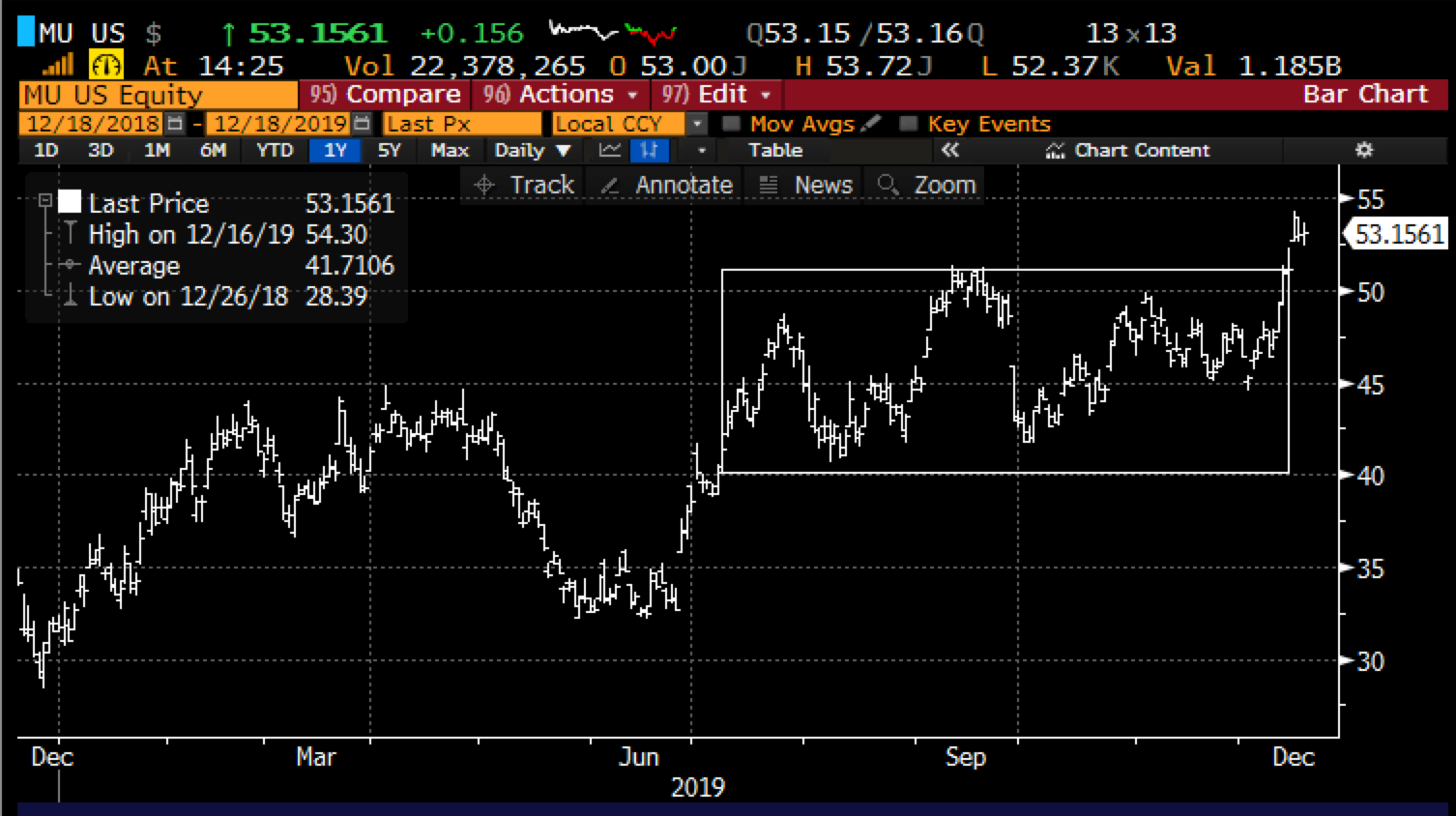 It is worth noting that this has been a very volatile stock, last year at one point being up 50% on the year then declining 55% on the year in Q4 and close down ~30%: 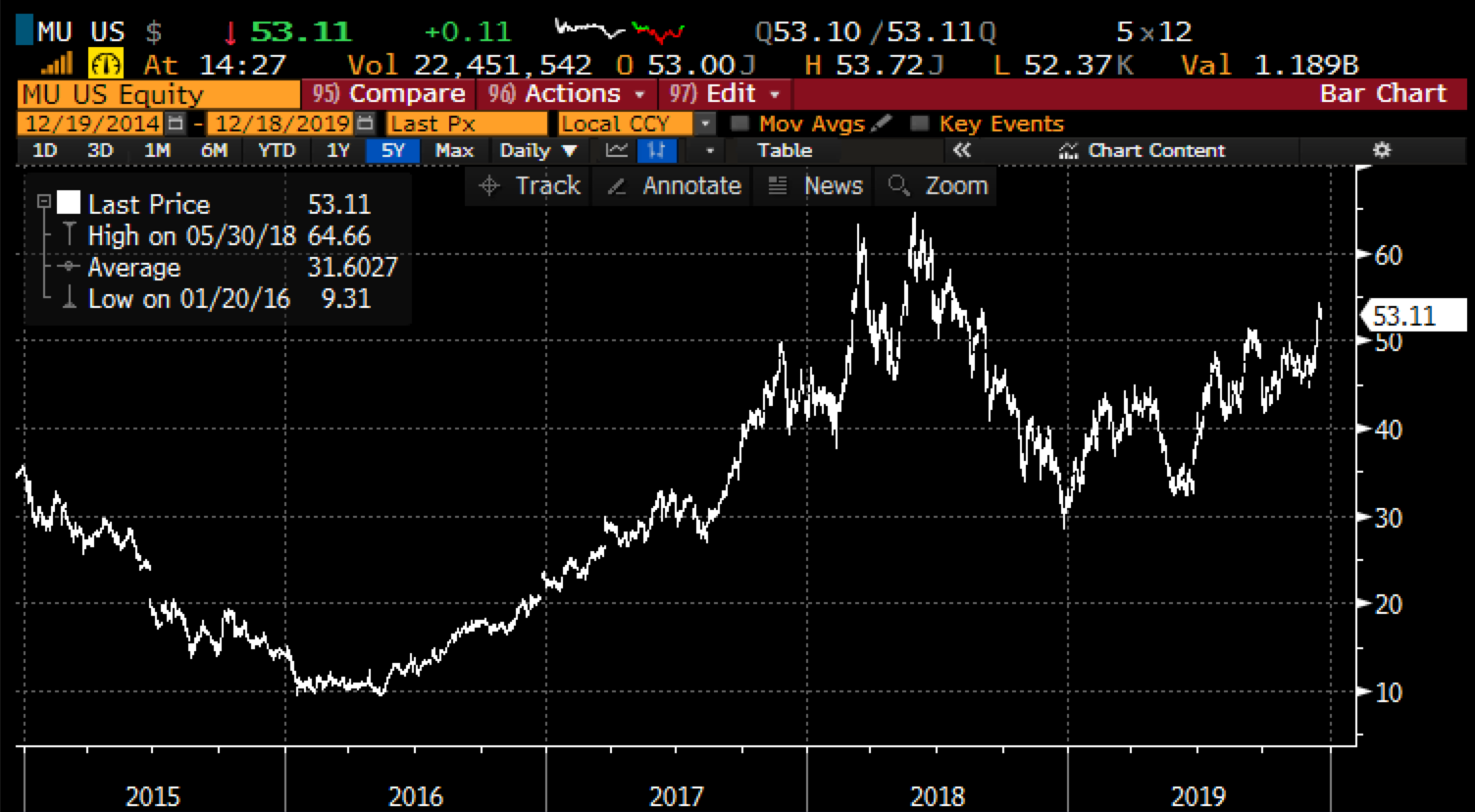 Your guess is as good as mine which way the next 20% is… but a couple of recent upgrades from research analysts, and the stock’s 17% run in just the last couple weeks, I suspect a guide down for the current quarter puts the stock back in the mid to high $40s.

If I were inclined to express a directional view, inline or higher than the implied move, which seems cheap relative to recent quarters, I might merely buy the at the money call or put, risking about 3.5% of the stock price, and risking what I am willing to lose.