But I would not count AXP out at this point, especially for those who think that last week’s jobs data and the expectation of a phase 1 trade deal could lead to a consumer lead acceleration in GDP in 2020, then AXP would be a good candidate to break out to new all-time highs in the coming weeks. The next identifiable catalyst for the company will be their Q4 earnings that should come the week of Jan 13th.

The stock today is breaking out of a four-month consolidation, and the next stop to the upside might be the prior all-time high from July just below $130: 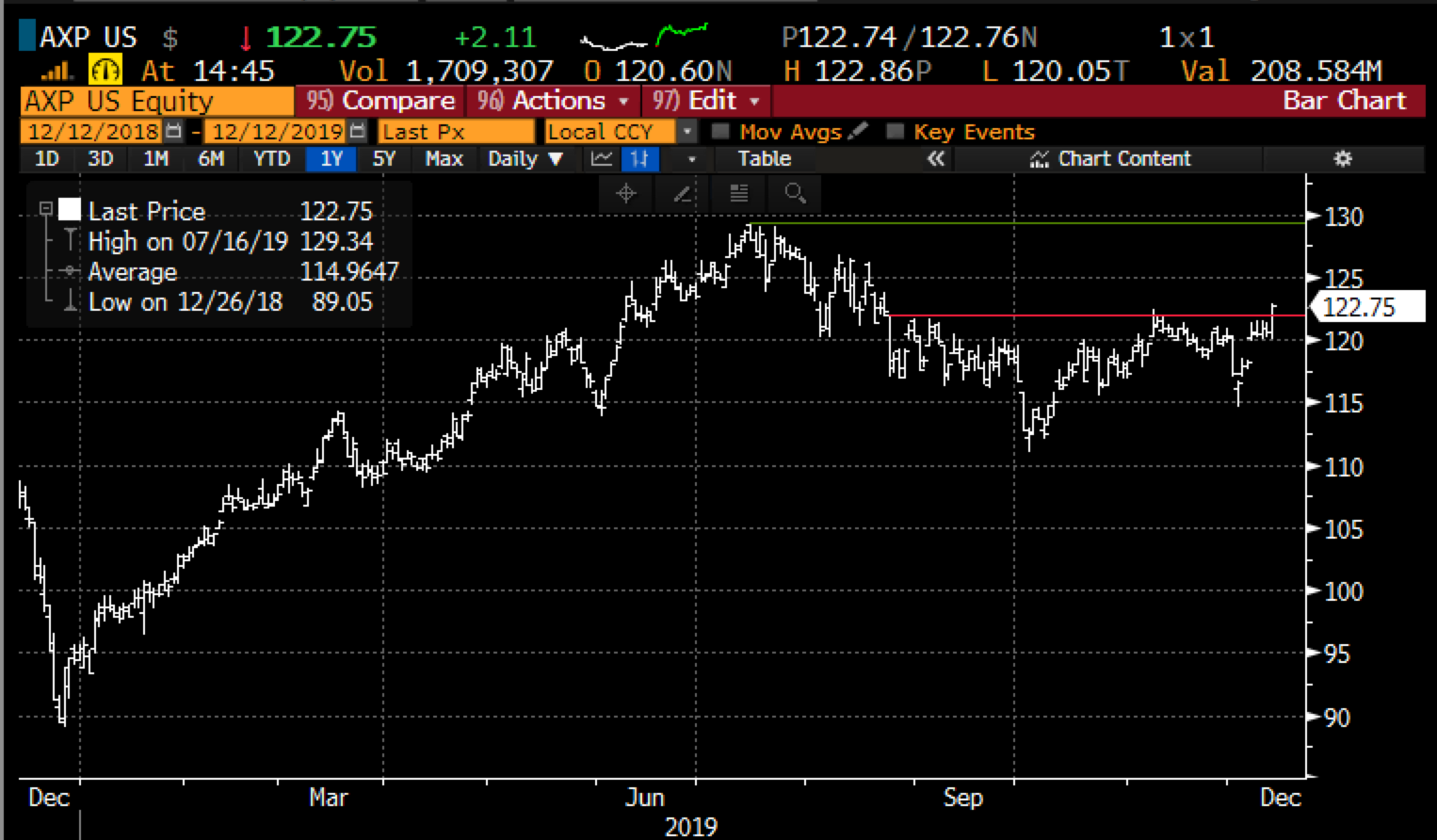 It is worth noting that recent market sentiment is clearly in the camp that there will be a phase 1 trade deal announced soon, possibly rolling back existing tariff rates and pushing out expected consumer tariffs on Dec 15th. I am not sure how much is baked into the market at current levels, but if that were the case if could easily be a sort stabilizing force in the very near term until the next self-induced crisis presents itself to this White House.

On the flip-side, if we get what we had here last May, and a deal falling apart in the 11th hour, then consumer-related names will get hit, and likely hard… in this scenario, it might make sense to define one’s risk to play for continued strength in single stocks, sectors or markets.

Short-dated options prices are off of 2019 lows, with 30-day at the money implied volatility at just 16%, implying about 1% daily moves, suggesting a cheap way for traders to express defined risk near-term directional views:

Rationale: this trade idea offers the optionality to spread by selling a higher strike call in Jan expiration on a move above the 125 strikes, risks 1.3% of the stock price for the next month or so, which will include earnings and breaks even up only 3.3%