Back on July 19th I previewed Tesla’s (TSLA) Q2 results and suggested the stock might be about to hit a speed bump after a blistering 40% rally in the prior six weeks:

And discussed on CNBC’s Options Action that afternoon:

The company reported disappointing automotive margins when they reported and a wider than expected loss and the stock plunged 13.6% the next day, wuth a peak to trough decline of $40 or about 15%, but had since recovered a tad: 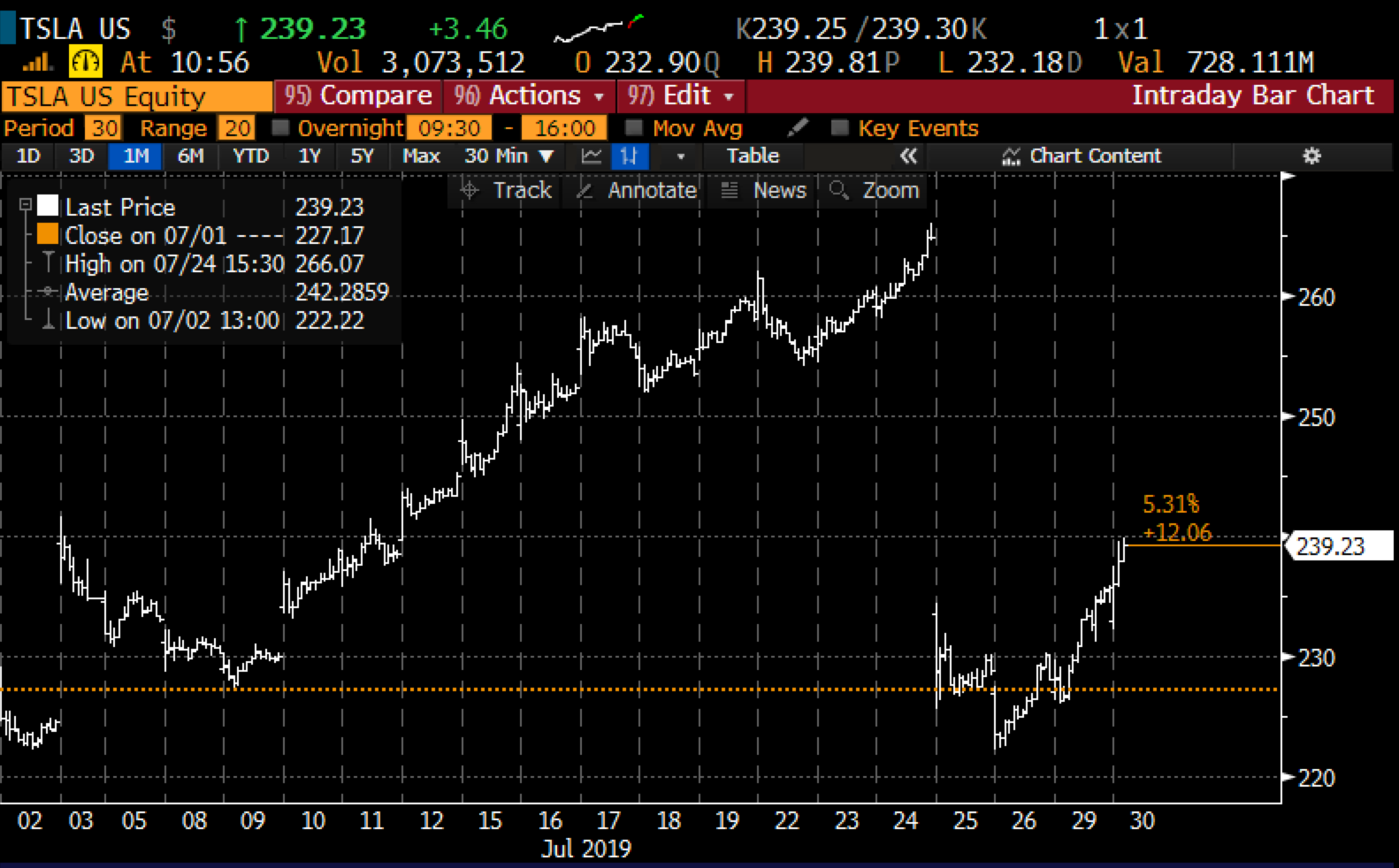 I guess the key point here about the decline and the bounce is that in heavily shorted stocks like Tesla, where you have a sort of equilibrium with the 31% short interested matched with the top three holders who rarely sell (including CEO Musk’s 19% ownership) when you have sharp declines it is usually met with shorts buying to cover… which is what we might have this week…

On this past Friday’s Options Action when the stock was $228, a couple of percent off of the week’s lows I suggested that it made sense to take profits of the trade idea I detailed on the prior week’s show (Aug 250 – 210 Put spread) and possibly roll a portion of the profits (the put spread would have cost $9 on July 19th and on July 26th close it was worth about $21). Watch here:

Carter’s technical view was pretty helpful here… he thinks after the stock overshot to the downside, then ricocheted and now come back in a bit it has found some equilibrium. My thought is fairly similar, which is why it might make sense to take profits and then look to lay short back out if it were to retest that $250 level as that was massive technical support for the better part of the last two years and might serve as formidable resistance: 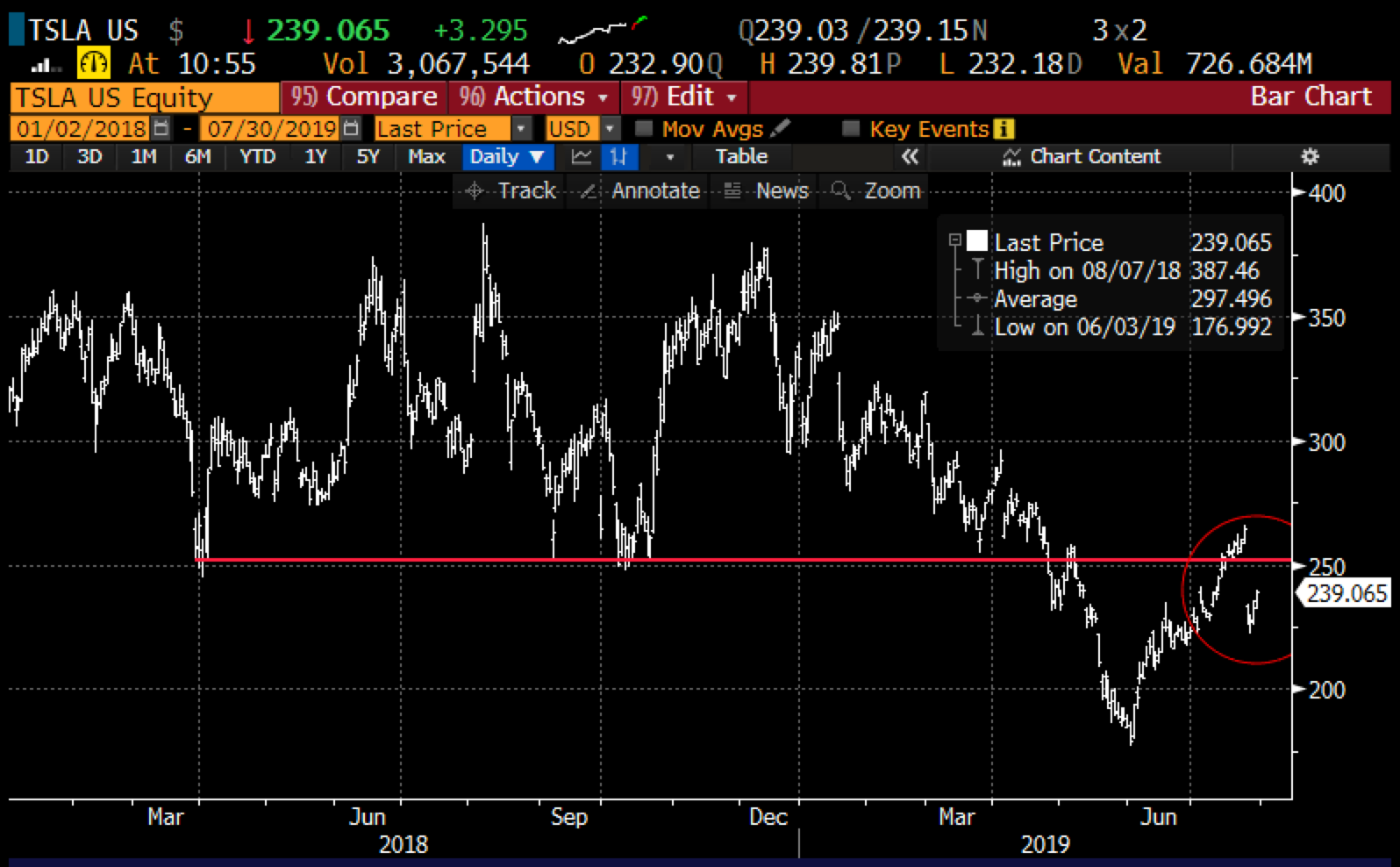 Here was the original trade idea from July 19th:

Last week when the stock was near the lows in the low $220s it was worth nearly $24, now with the stock near $240 it is worth about $16. If you thought this week’s bounce fails then it makes sense to hold onto a spread like this that’s in the money as it is trading like short stock, but with defined risk. One idea would be to buy to close the short strike and roll that up, possibly by selling the Aug 220 put reducing the premium ar risk. Or as I said on Friday’s show, book the profit and use some of the gains to roll out to a longer-dated put spread if you remained bearish.